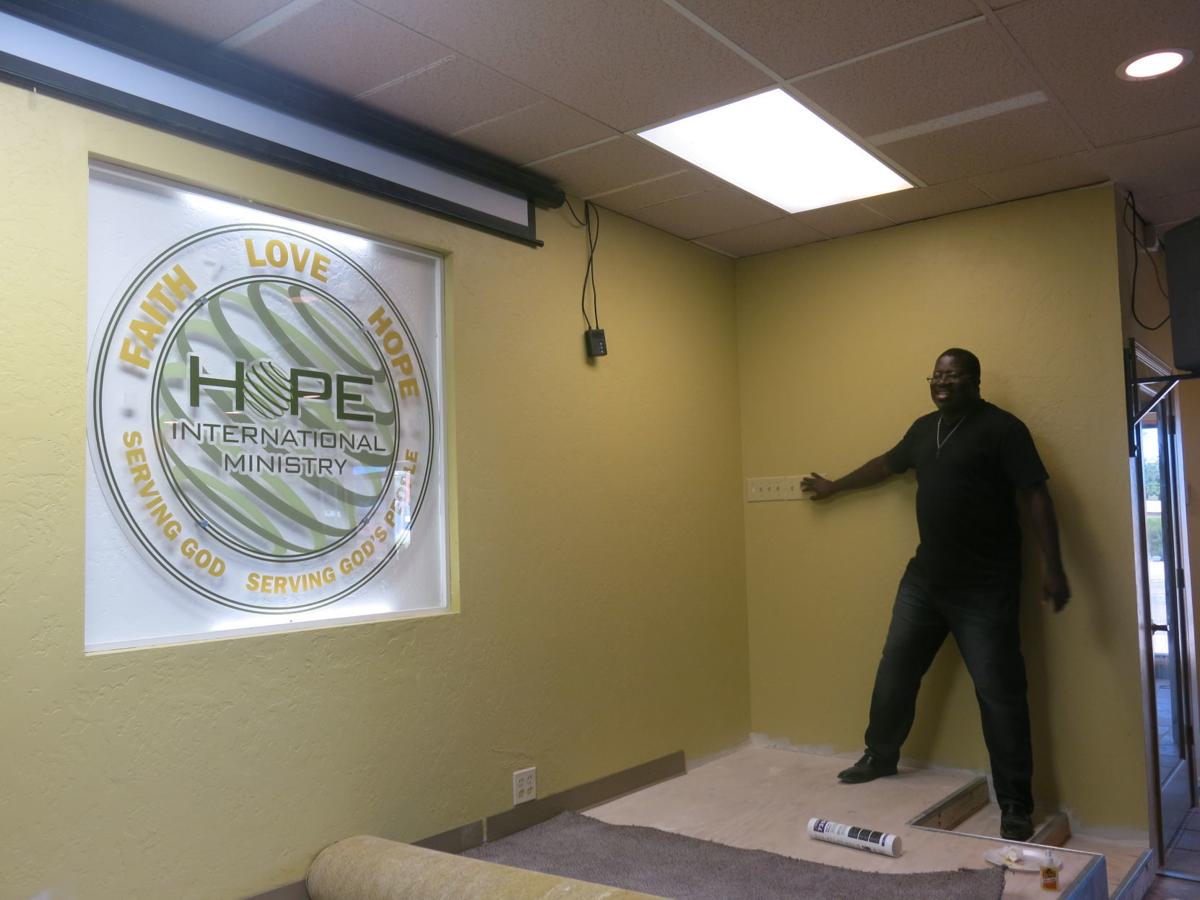 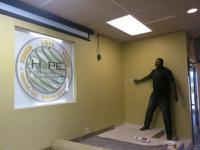 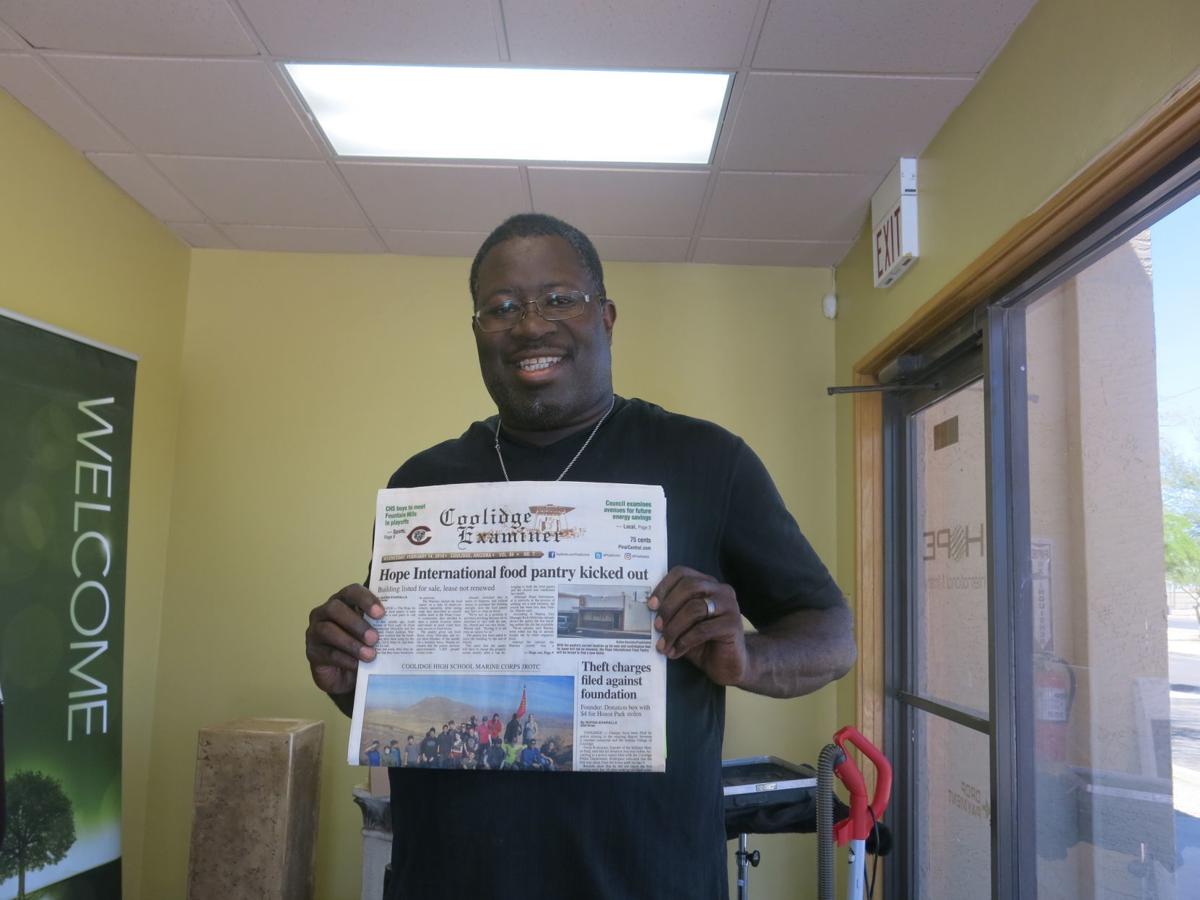 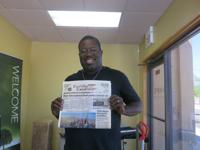 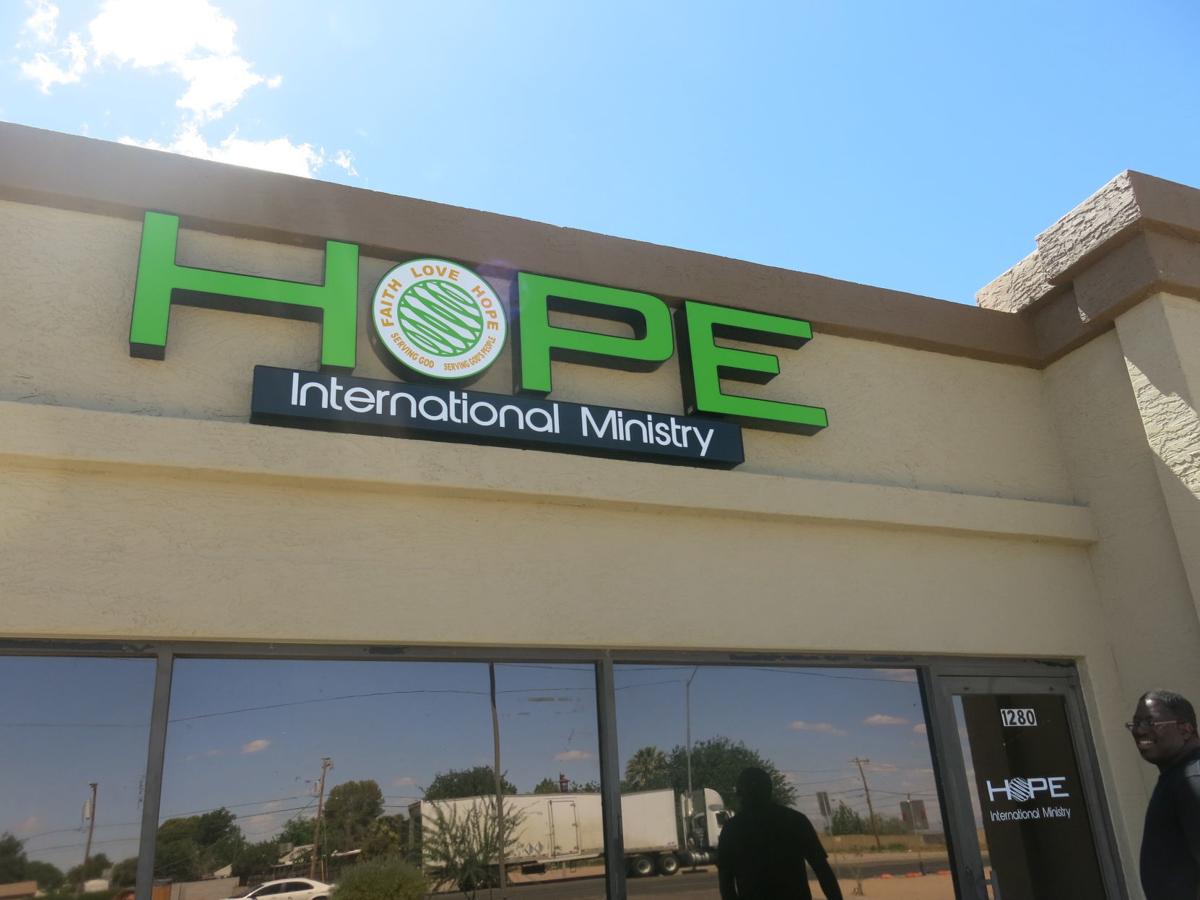 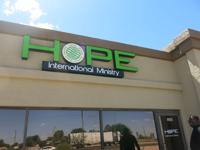 It’s been more than a year since the food pantry, formerly located on Main Street, closed down. The Warrens were forced to close the facility after they were notified the building would be sold and their lease would not be renewed. The couple was informed of the decision in February 2018.

Since then, Pastor Warren and First Lady of Hope International Ministry Audri Warren have struggled to find a new facility to accommodate the food pantry. They rented space within another church to hold Sunday services, but they eventually had to put church services on hiatus as they searched for a stable location.

Those days, however, are now over.

The building features plenty of room for the group to grow into. Beyond the front lobby, the space includes a place where volunteers can load distributions, storage areas for the food pantry and a section specifically designed for the church service.

As the ministry slowly regains its membership and traffic increases to the pantry, the Warrens also plan to roll out a resource center designed primarily to help the homeless.

“We may not be able to help everybody, but we can point them to the right direction,” Audri said.

But for Anthony Warren, the most exciting feature of the building is its location, which enables drivers to clearly see the congregation’s new sign from the roadway.

“We were excited because it was on the avenue,” he said. “It’s just perfect for us.”

Despite being from Mesa, the Warrens never gave up on their dream of having a church and food pantry in Coolidge, which strives to help those in need.

The pantry began as a sort of meals-on-wheels program that both Warren and his wife took on after they saw many within the Coolidge community struggling to get by. They also started a church, which they hoped would be more accessible to Coolidge residents.

Although now the hub for Hope International, the building once belonged to the local American Family Insurance branch. Since obtaining the lease, Warren and his wife have put considerable time, effort and money into repainting and renovating the building — even investing money from their own pockets to make the necessary improvements.

However, the Hope ministry is not yet complete. The church is also now looking for volunteers willing to lend their musical talents on days when the service meets.

As the pantry prepares for its first distribution on June 20, volunteers to help out with the distribution process are also sorely needed, Audri Warren noted.

In addition, the pantry is still in need of a couple more freezers.

But even after the Hope International pantry officially opens for business, a lot of work remains ahead of the Warrens when it comes to regaining some of the local support that was lost when the pantry closed.

“In the process of moving here, we lost some contracts we had,” Warren said. “For instance, Walmart was supplying food to us (for the pantry) and we lost that. Hopefully as we get back into service, we can get some of our local grocery stores to help contribute with donations they have that we can then give out to people.”

Prior to the pantry’s closure, Hope International provided food boxes to approximately 900 to 1,000 people a month. Once the new location is fully up and running, Audri said that the pantry will likely begin distributions on a twice-a-month basis.

Over time, however, she hopes that as the pantry regains some of its foot traffic that distributions will resume at weekly intervals.

“We want to go back to (distributing) every week again,” Pastor Warren said. “I just felt the burden of being here because of the people we encounter. They need hope, that’s why our church is called ‘Hope.’ We are trying to instill hope into this community.”

The Warrens have invested about $12,000 in renovating the new facility. In addition, the church has not been in service for approximately a year, leaving Hope International’s donations dry.

“We believe in what we do,” Warren said. “We’re in Coolidge for a reason and that’s why we’re here.”

Aside from church services and distribution days, Hope International will be open Monday, Wednesday and Thursday from 10 a.m. to 1 p.m.