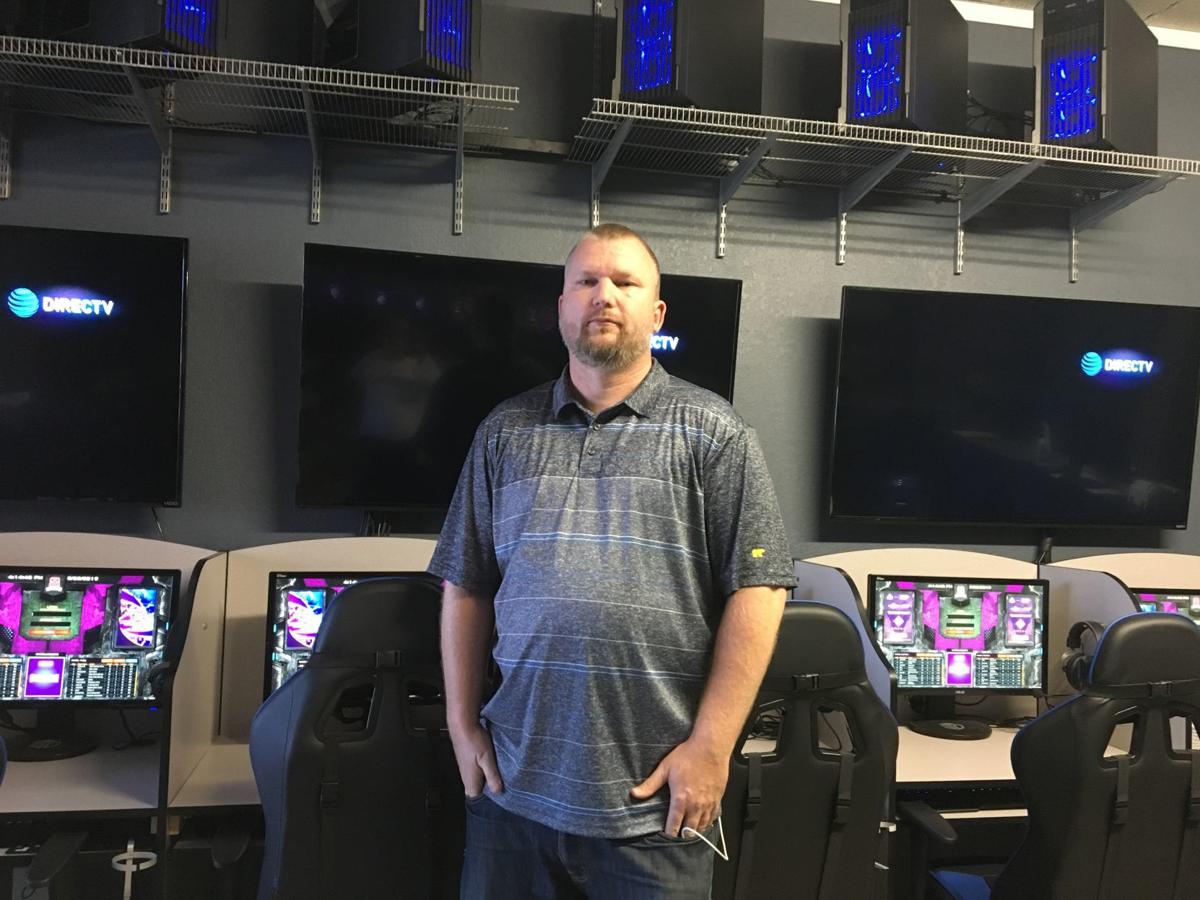 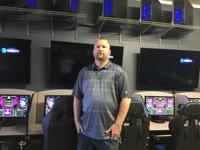 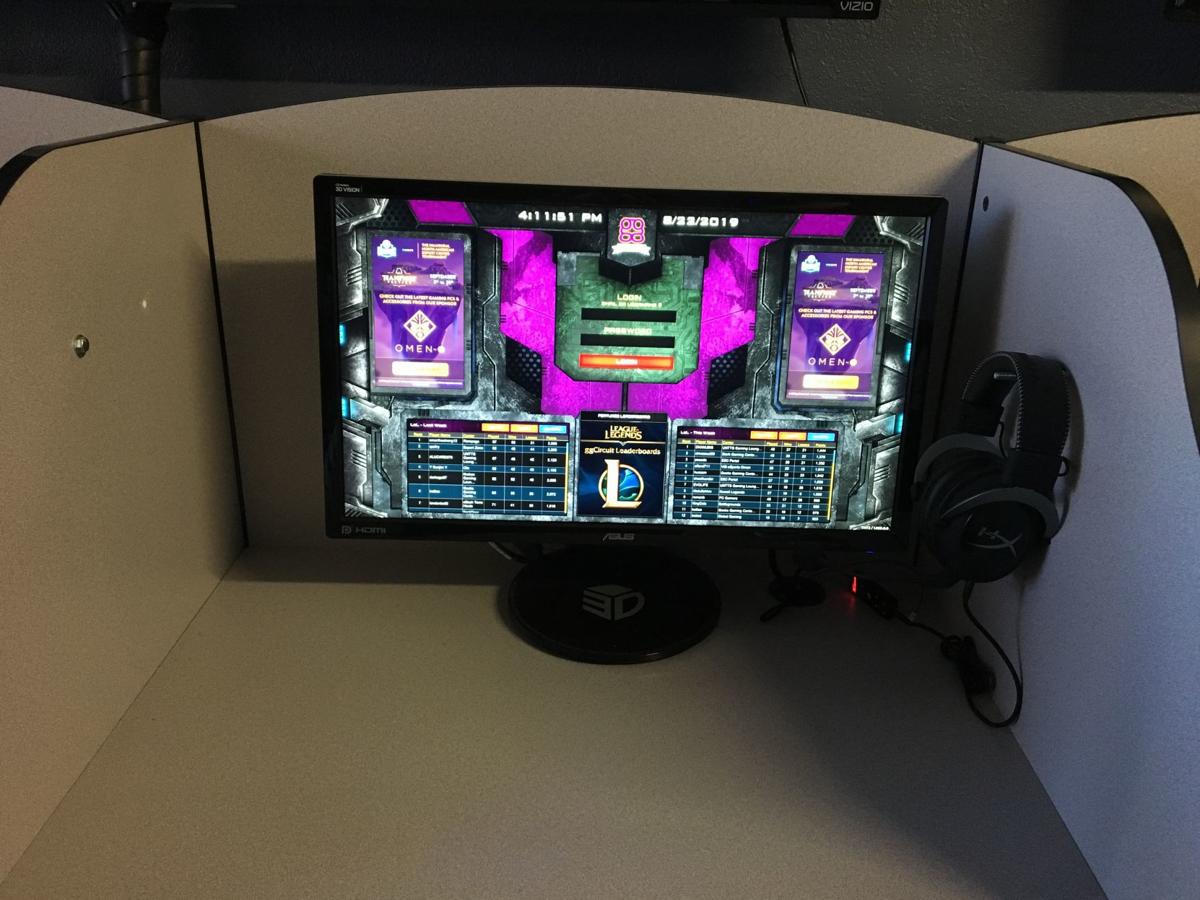 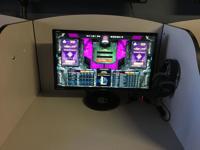 One of the gaming stations at the Metagaming Internet Cafe, 1024 N. Arizona Blvd. The cafe is the latest new storefront in Coolidge. 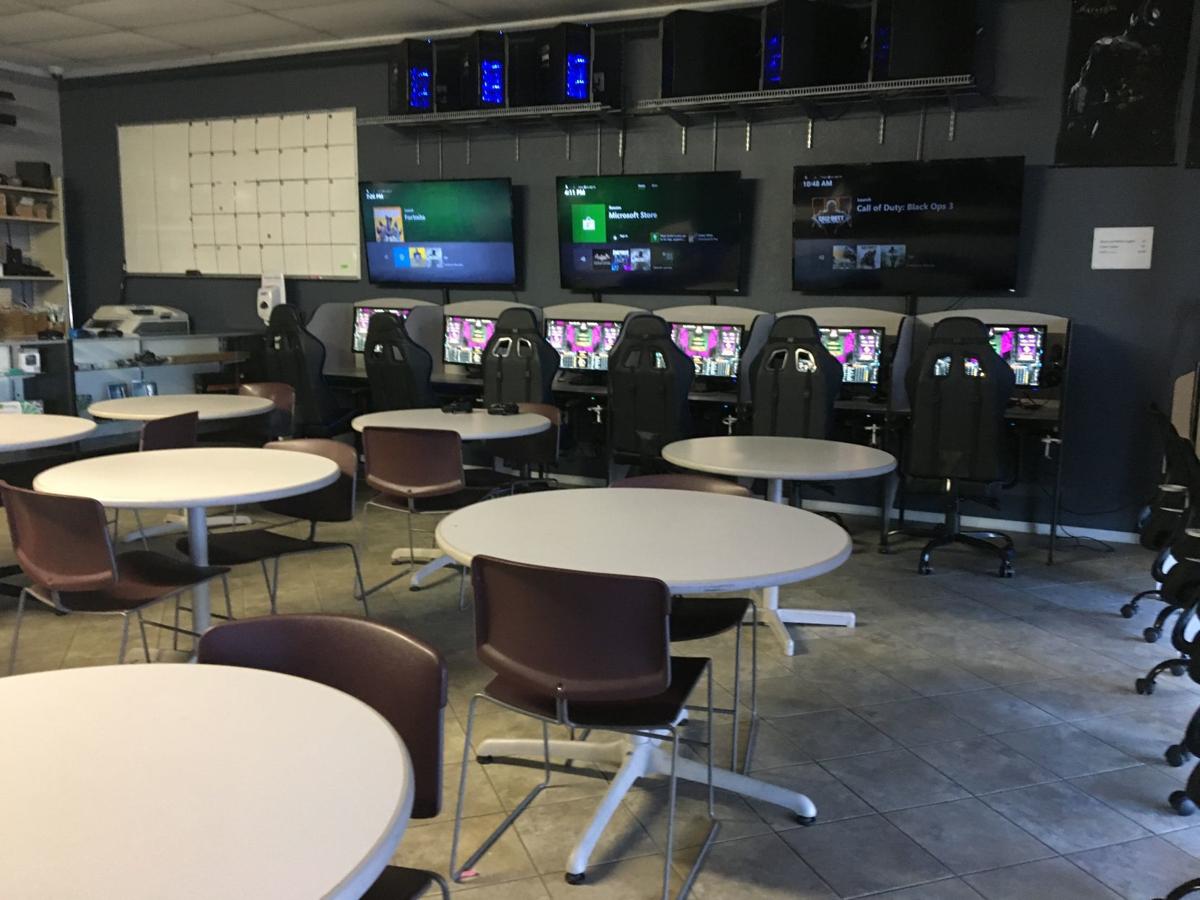 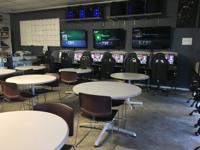 One of the gaming stations at the Metagaming Internet Cafe, 1024 N. Arizona Blvd. The cafe is the latest new storefront in Coolidge.

COOLIDGE — Before Larry Roberts was the owner of an information technology services company, his first love was video gaming.

Roberts is the owner of Total Network and Telecom Solutions LLC, or TNT Solutions, a computer networking company that offers outsourcing of IT services for businesses in other industries. In addition to running a successful company, Roberts has decided to open a side gig designed to appeal to Coolidge’s youth.

Through Metagaming Internet Cafe, Roberts is hoping that his latest endeavor will become a space where children, teens and even adults can gather to share mutual enthusiasm for video games.

“It’s something for the kids to do,” he said. “And it’s something that a lot of us wish we had when we were growing up.”

The cafe is housed in TNT Solutions’ former location, 1024 N. Arizona Blvd. Four years ago, Roberts got the idea to open a gaming facility but struggled to find the time to run the shop.

He spent several years acquiring the right equipment and seeking the right people to manage the cafe’s day-to-day operations.

“This is basically the new age arcade,” Roberts said. “So instead of the big machines, it’s PC gaming, Xbox gaming and PS4.”

But the Metagaming facility goes beyond games. The cafe will also serve as a center for Wi-Fi access; computer and mobile phone repair; and even copying, printing and faxing. The shop is also supported by 1 gigabyte of fiber internet.

“We’ll have food and drink, so it will probably just be like a Starbucks,” Roberts said. “So as long as you come in and purchase something, you can use the Wi-Fi.”

Roberts is hopeful that the gaming lounge will get teenagers and young adults excited about a future in IT. His vision is to be able to find a few dedicated employees for the gaming center that are truly interested in computer technology and, over time, bring those employees in to be a part of his IT staff.

To celebrate the soft opening of the internet cafe and the World of Warcraft Classic game launch, the lounge held a party on Monday. The cafe will hold a grand opening during Labor Day weekend. Roberts said the cafe will be open for the public to play for free through Saturday, Aug. 31.

Not long after the grand opening, the cafe will sponsor a number of tournaments for popular games like Fortnite and sports-themed video games like the Madden NFL series.

Access to the facility will be broken up into two eight-hour shifts. The first shift, known as the “off-prime” hours, starts at 8 a.m. and goes until 4 p.m. Monday through Thursday. Pricing for off-prime hours will start at $5 an hour and will go up to $20 for the full eight-hour block.

During primetime, from 4 p.m. to midnight Monday to Thursday and all day Friday and Saturday, pricing goes up to $7 an hour and is capped at $30 for eight hours. In addition, VR stations will cost $10 per hour.

However, Roberts noted that the cafe also plans to roll out monthly memberships that would also give enrolled customers some added perks.

“You would pay, say, 50 bucks (a month) and that would get you like 30 hours and then also get you 10% discounts off the regular rate,” he said.

Monthly memberships would likely be broken up into bronze, silver and gold packages that would each give members varying free play time, a discount off normal rates and a limited number of free tournaments per month.

In addition, customers can rent out the facility to host birthday parties and can even hold overnight lock-ins.

“Everybody sits at home and plays (video games), and they think they’re the best,” Roberts said. “This is actually a place where you can find out who the best in Coolidge is.”

Game Review: Crash Team Racing Nitro-Fueled a blast from past

In 2010 Bethesda released RAGE. The game was the next step in the Id Shooters as it combined…

I used to spend my time dreaming of what it would be like to live in a tropical paradise. No…

Following up a hit game is never an easy task. The delicate balance between keeping things f…

Game Review: In Ion Fury once was old is now new again

Back in the 90s before the days of High-Speed Internet, 3D Graphics Cards, and other gaming technologies that we take for granted was Duke Nuk…