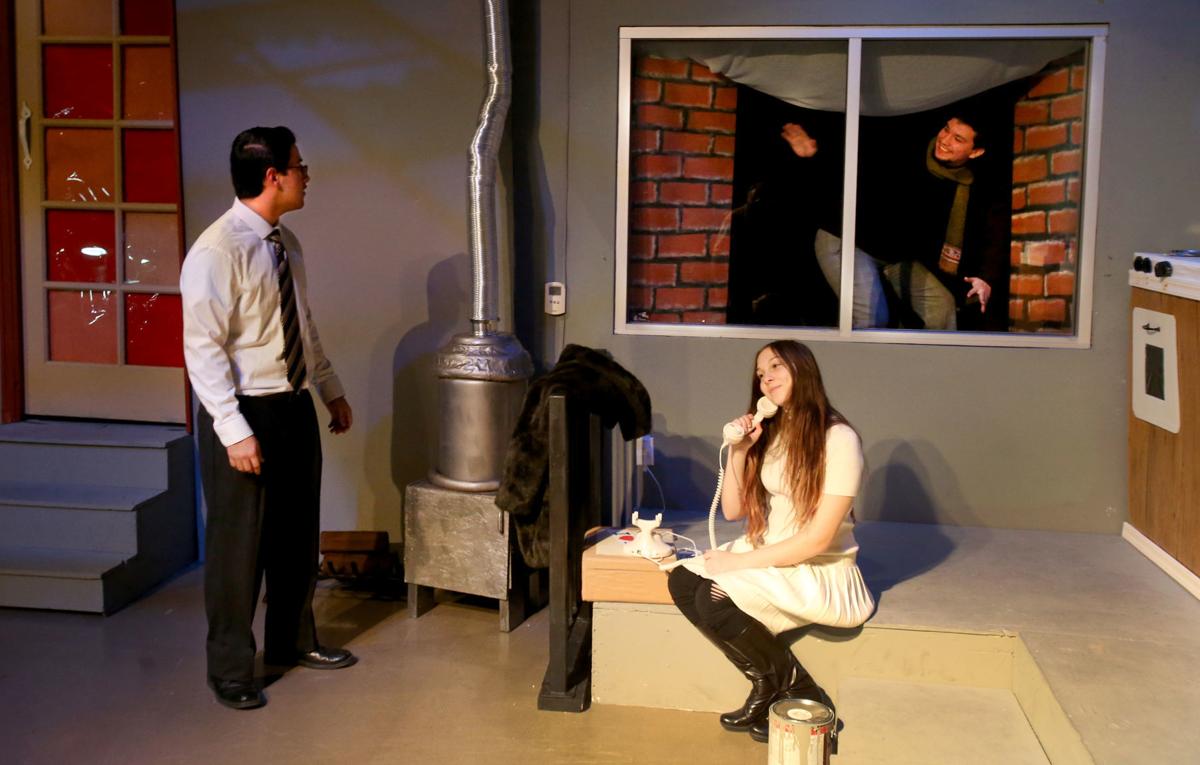 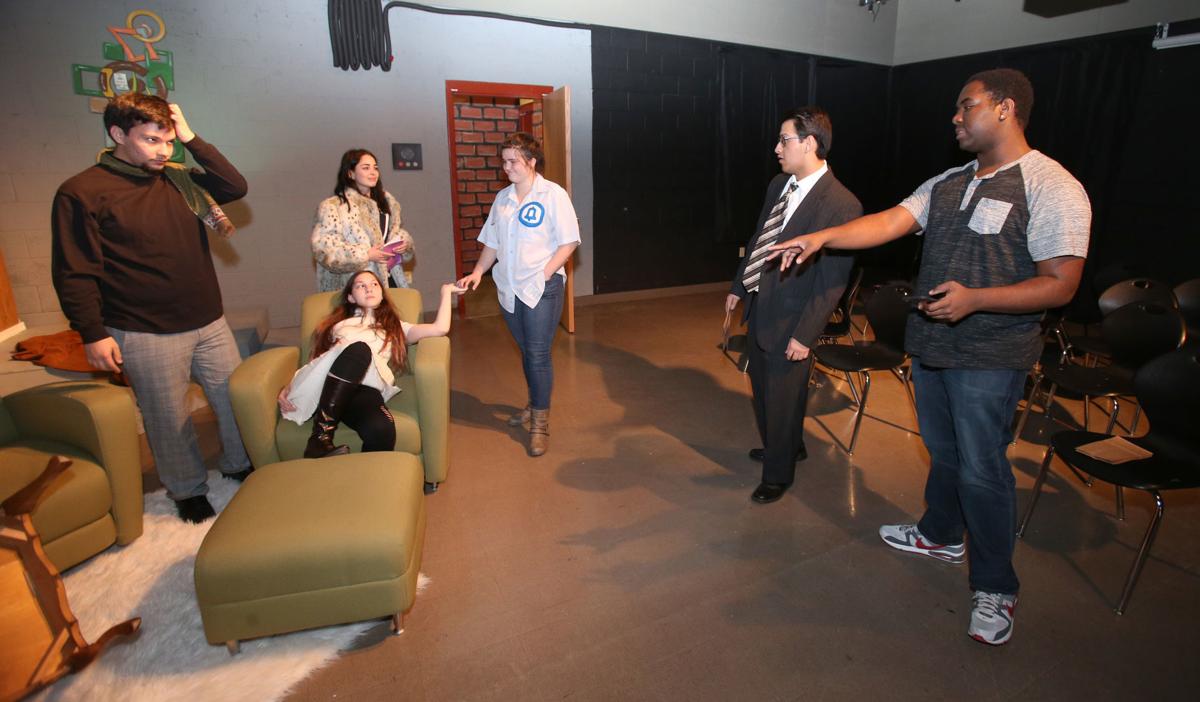 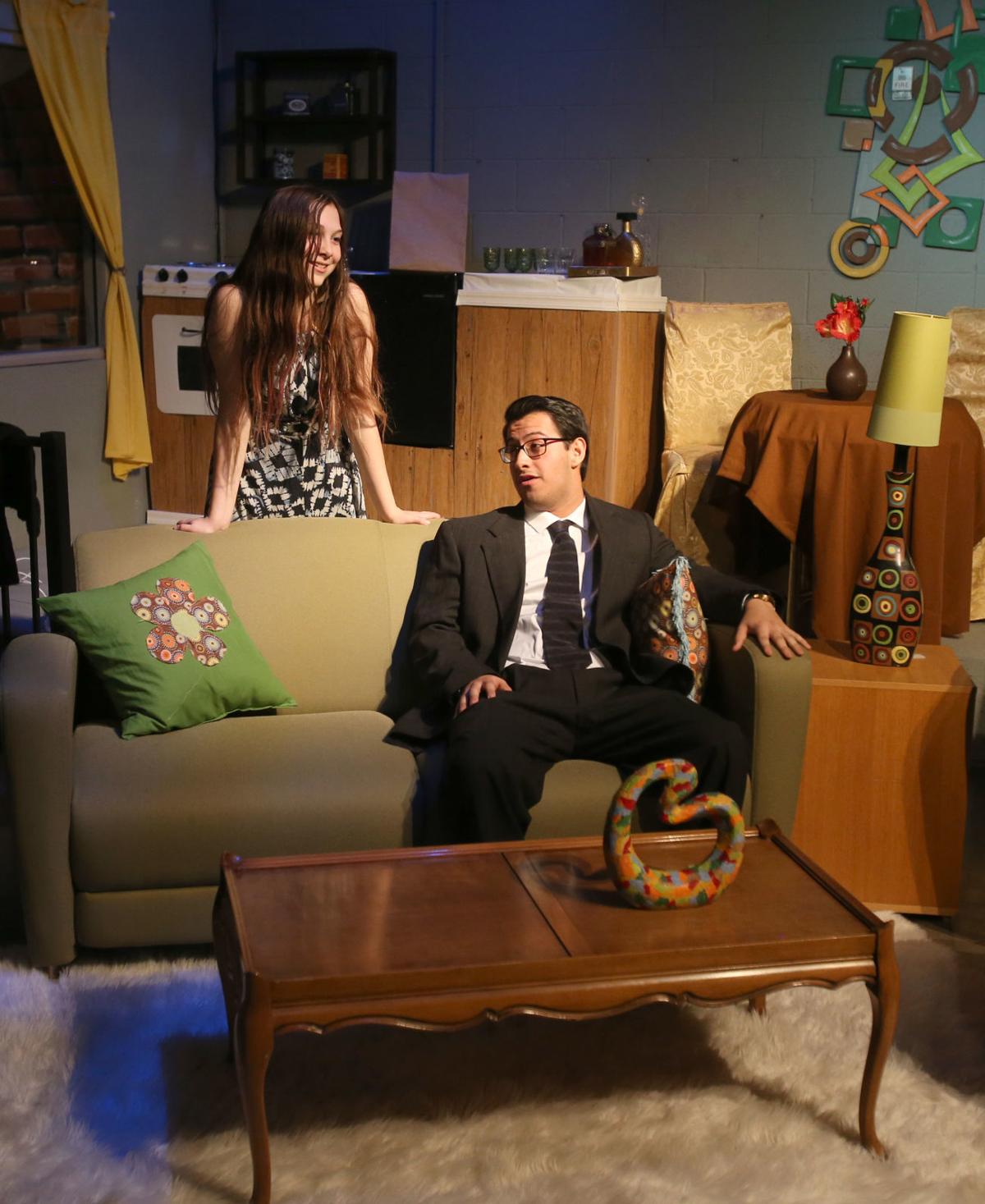 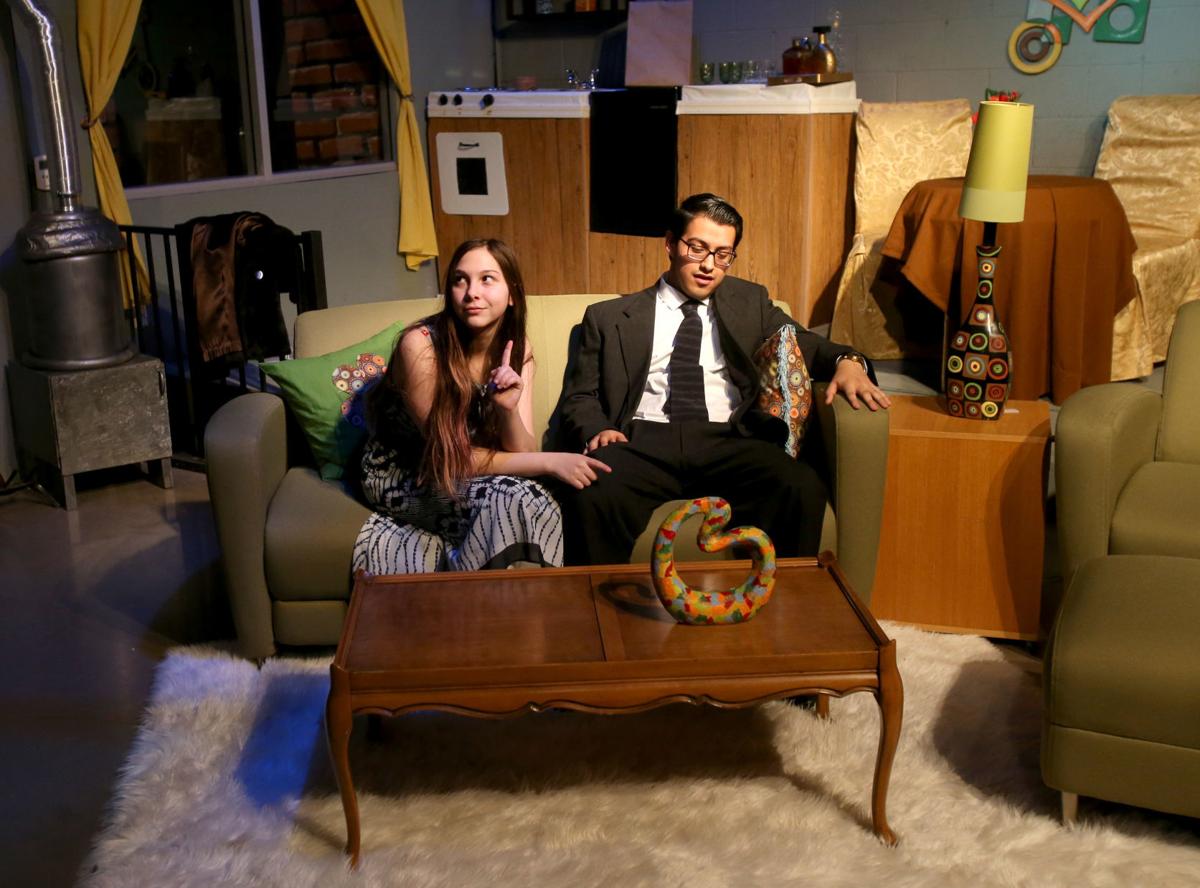 Jade Martinez, left and Arthur Bautista during rehearsal of the student-led production of Neil Simon's "Barefoot in the Park" Jan. 14, 2020 at Vista Grande High School. 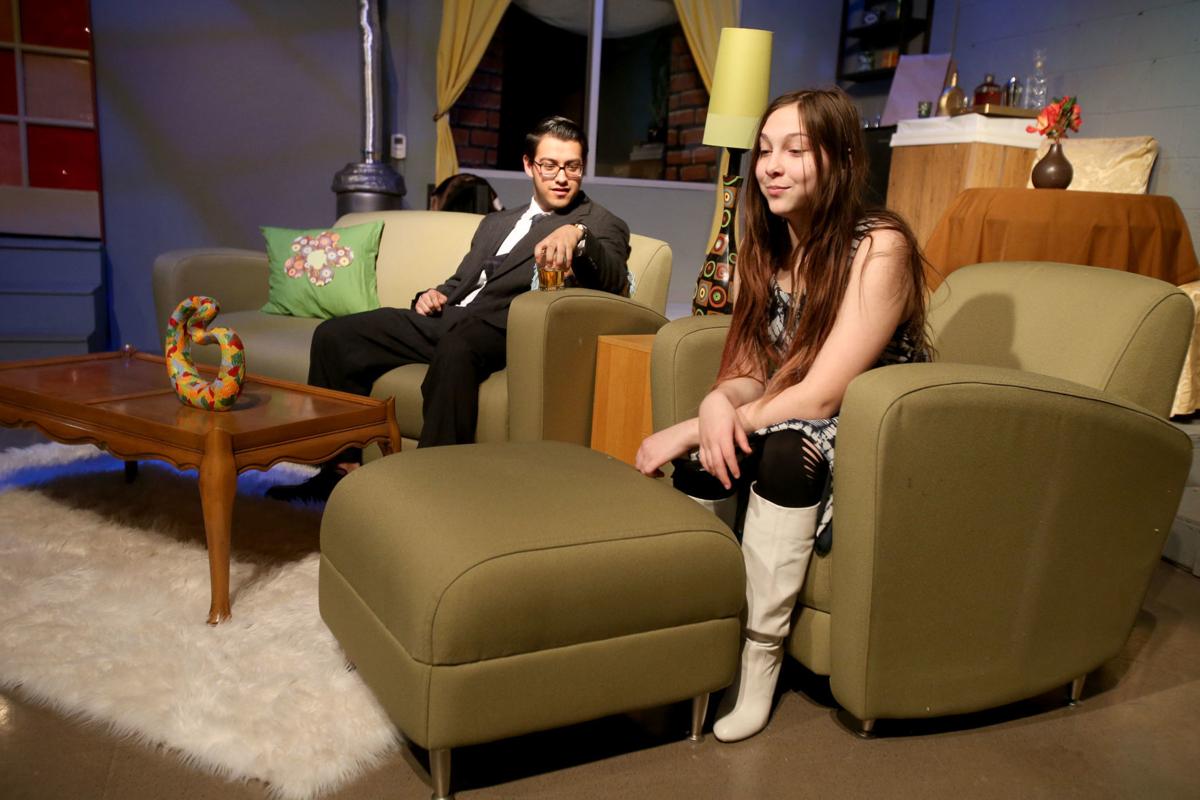 Arthur Bautista, left, and Jade Martinez during rehearsal of the student-led production of Neil Simon's "Barefoot in the Park" Jan. 14, 2020 at Vista Grande High School.

Jade Martinez, left and Arthur Bautista during rehearsal of the student-led production of Neil Simon's "Barefoot in the Park" Jan. 14, 2020 at Vista Grande High School.

Arthur Bautista, left, and Jade Martinez during rehearsal of the student-led production of Neil Simon's "Barefoot in the Park" Jan. 14, 2020 at Vista Grande High School.

CASA GRANDE — The new Vista Grande High School student-led production of Neil Simon’s “Barefoot in the Park” takes audiences on an imaginary trip to a New York City apartment where newlyweds Corie and Paul are adjusting to their new life together.

“This show has funny relatable moments and a loving cast of characters that each bring their own piece to the pie,” said senior Aaliyas Thompson, student director of the show. “The actors in the show help bring these characters to life on stage.”

“Barefoot in the Park,” which premiered on Broadway in 1963 and was made into a film in 1967, follows the story of the newlyweds as they move through life’s challenges together.

The Vista Grande show is entirely run by students. Thompson, a senior, is the director and all of the actors in the play are students.

Theater program teachers Doug and Kathy Harding are on-hand to help but have turned organizing the production over to the students.

“Kathy and I have been acting in an advisory capacity, but Aaliyas has been responsible for scheduling rehearsals, running them, handling some of the publicity and more,” Doug Harding said.

Thompson has been involved in the school’s theater program since he was a freshman and has had lead roles in some Vista Grande plays and musicals. He’s been acting for more than six years with community theater, BlackBox Foundation productions and school plays.

“Barefoot in the Park” is his directing debut.

“I think that the change from acting to directing was a bit strange at first as I’m not used to telling people exactly what to do or how to do it, but I believe that starting out as an actor was best for me,” he said. “Having spent so much time on stage, I understand what it’s like to go through rehearsals and feel a connection with the director and the character I’m playing.”

Among his primary goals as a director, he said, is to help the actors bring their characters to life.

“As a director I’m very understanding and try to help the actors bring their characters to reality, know what we need to do next, and make sure that they never feel as if time is wasted,” he said.

He thinks audiences will enjoy the student production of “Barefoot in the Park.”

“I’m very excited for people to see it,” he said.

The show stars Jade Martinez as Corie and Arthur Bautista as Paul. Other students in the show are Aurora Yoder, Drake Salas, Delaney Dickey and Morgan Frazee.

Rather than the school auditorium, “Barefoot in the Park” will be shown in the school’s blackbox rehearsal space, Room 3041.

The intimate setting of the smaller theater enhances the show for audiences, Thompson said.

“In the blackbox (smaller theater), everything is brought to life right in front of you,” he said.

There are four chances to catch the show: