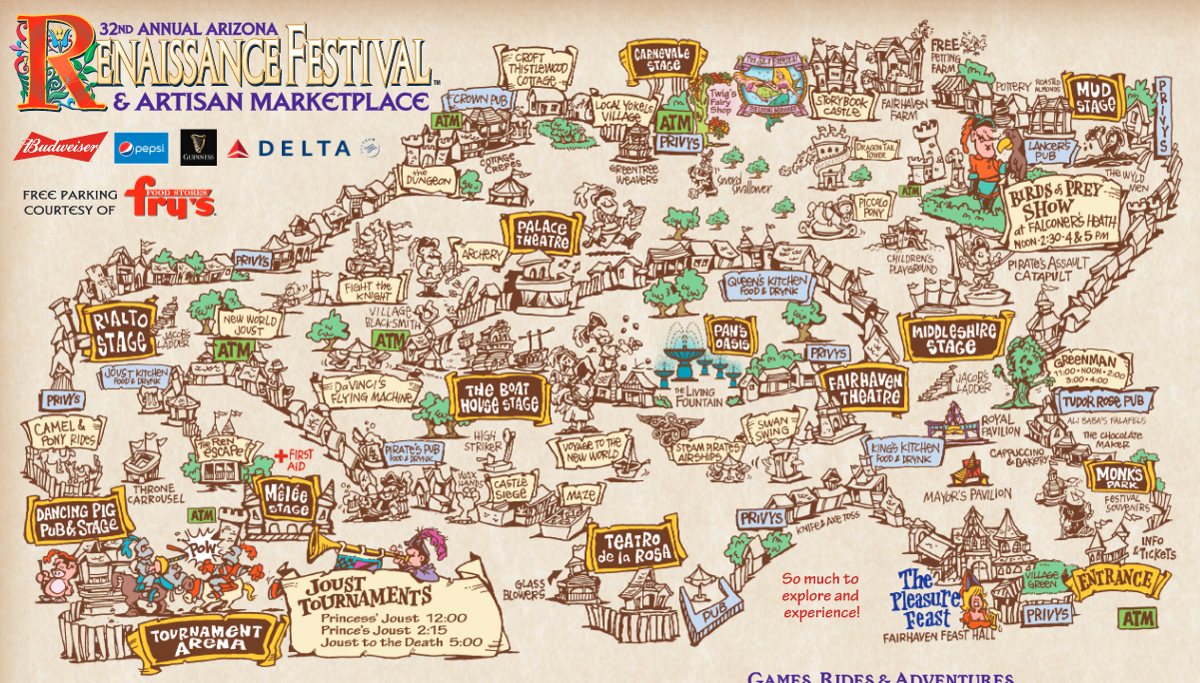 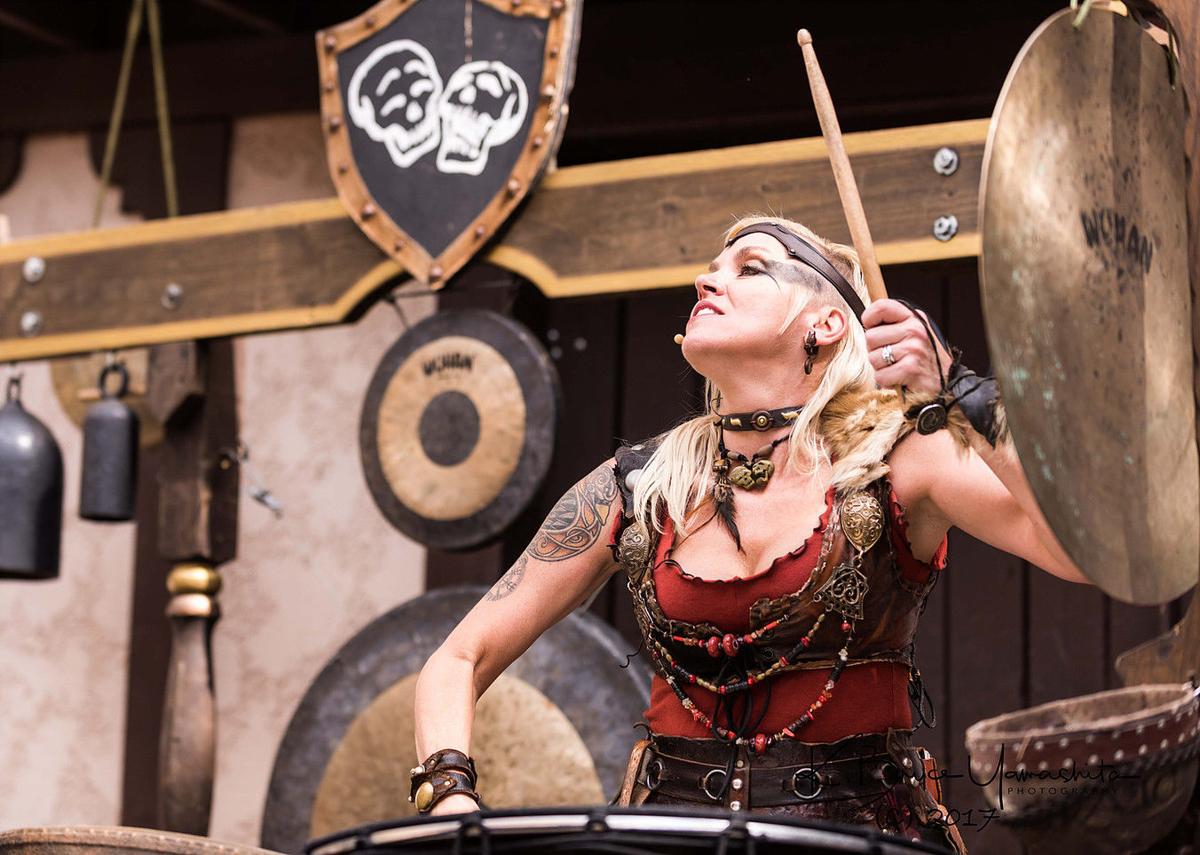 Tonya Den Norse plays the drums at a past performance of Craic, a medieval-style band that will play at the Arizona Renaissance Festival.

Tonya Den Norse plays the drums at a past performance of Craic, a medieval-style band that will play at the Arizona Renaissance Festival.

The festival, which opened for its eight-week season on Feb. 8, is a medieval-style amusement park on a 30-acre parcel. It includes a Renaissance village, Fairhaven, and 14 stages for entertainment as well as a marketplace and eateries all aimed at making attendees feel as though they’ve traveled back in time to a storybook version of the 16th century.

Jousting competitions are held three times every day in a 5,000-seat arena and include galloping horses and a chance to meet the winning knight.

Entertainment at the festival includes singing, dancing, falconry, balancing acts, acrobats with cats and rats, comedy, hypnotists and other entertainment. A show entitled “The Puppies of Penzance” is a fictional tale about a pirate ship manned by dogs that plays out on one stage. “Shamus the Insulter” walks through the festival offering insults to some of those he encounters.

The festival is one of the largest fairs of its type in Arizona and the following guide includes the information needed to experience the fun.

, has the answers to most questions. Tickets may also be purchased on the festival website.