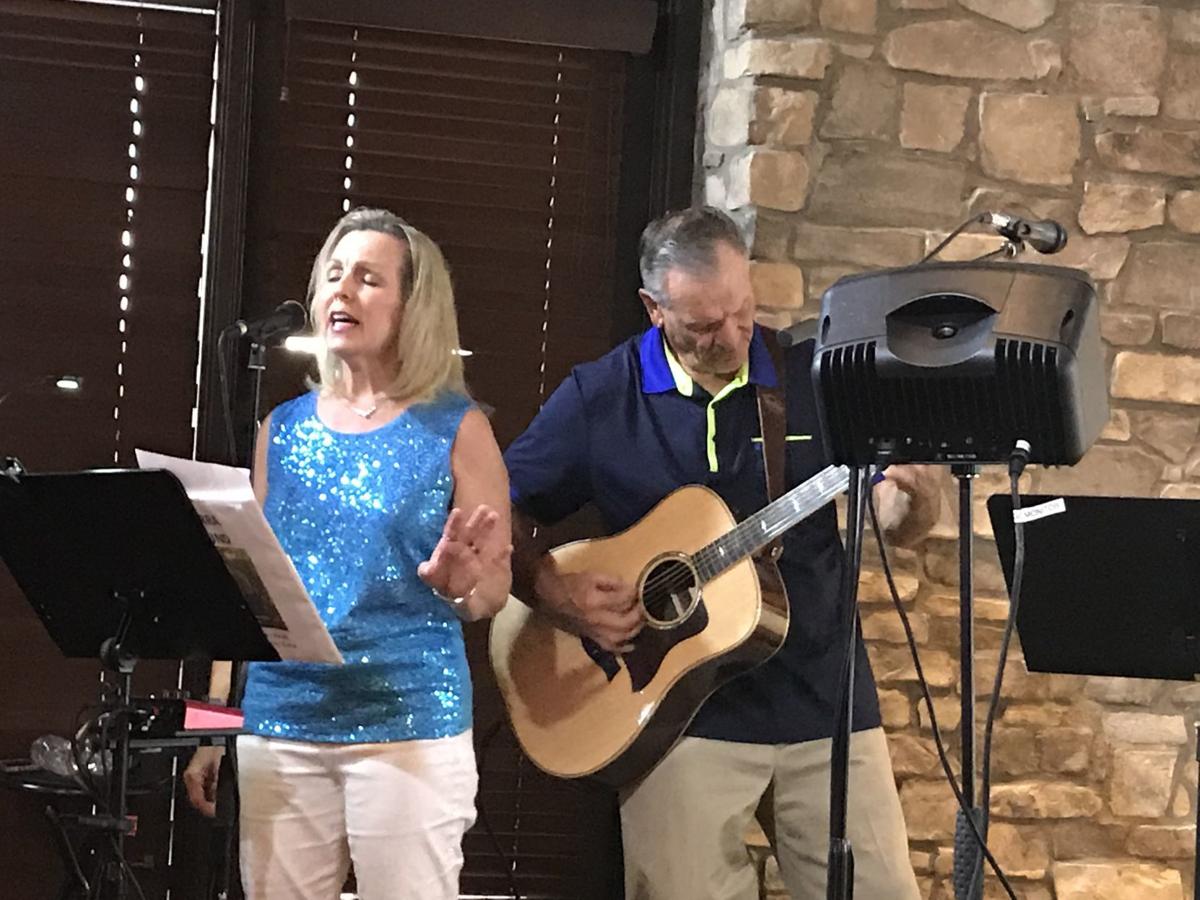 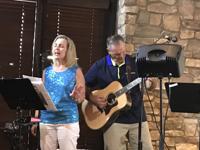 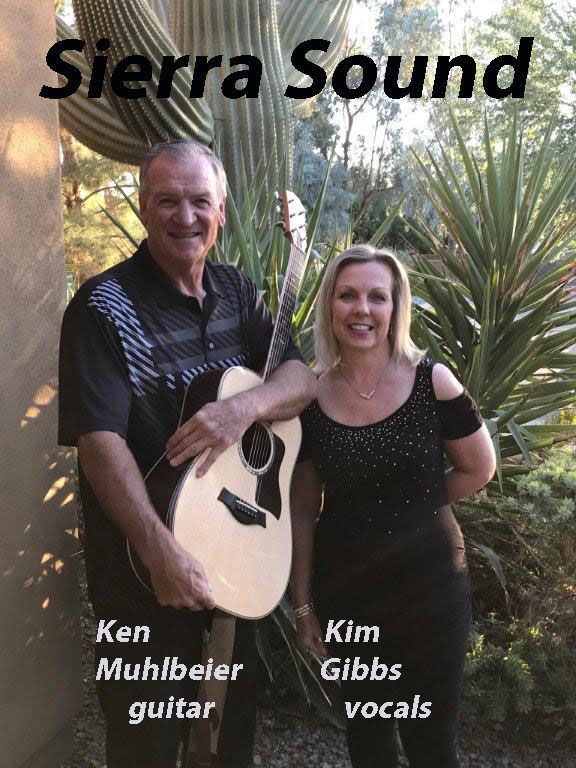 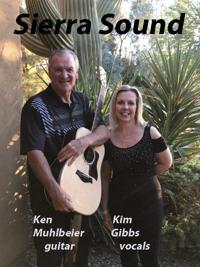 Ken Muhlbeier, left, and Kim Gibbs play and sing for the love of making people happy. 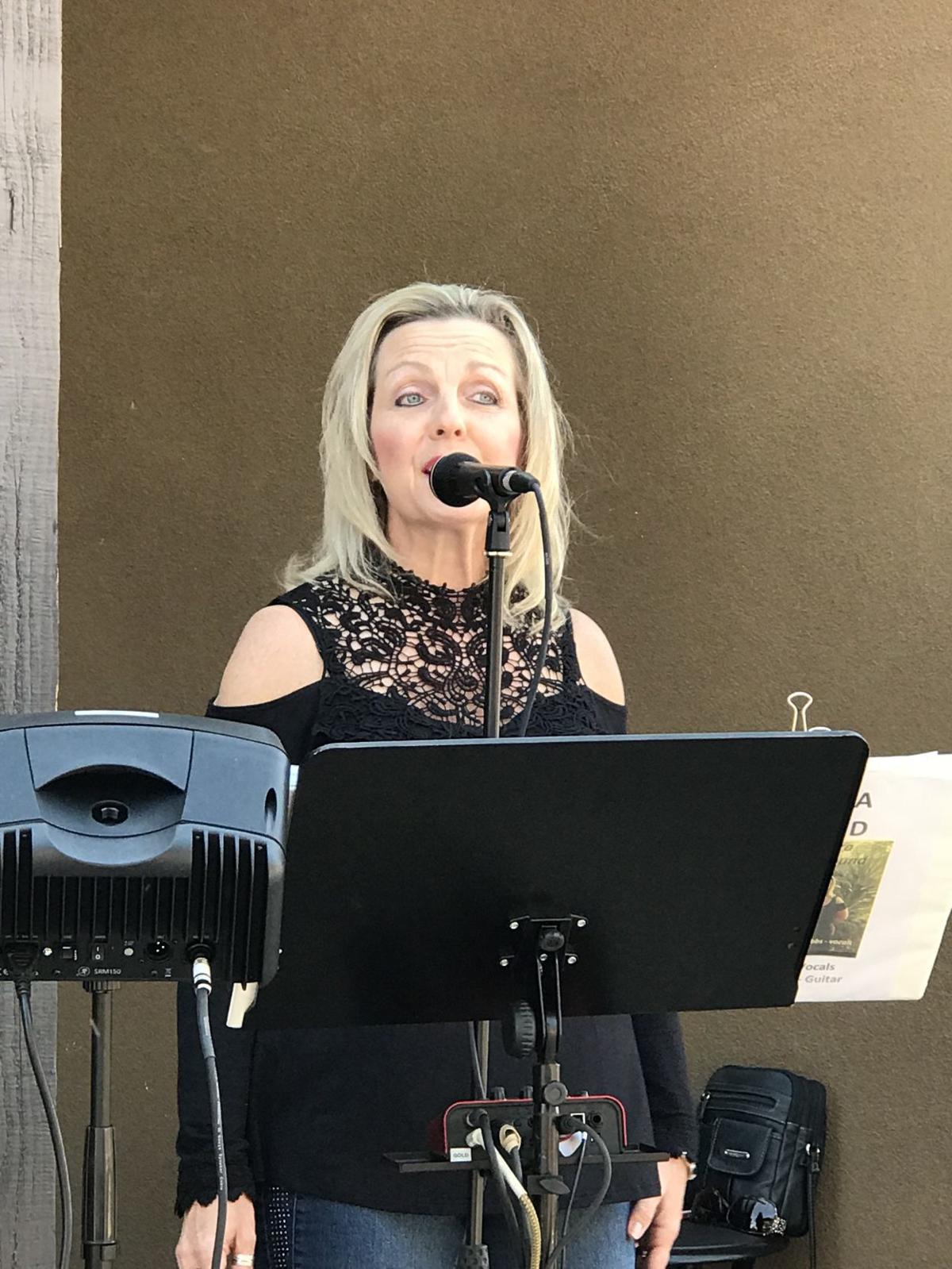 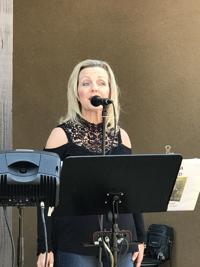 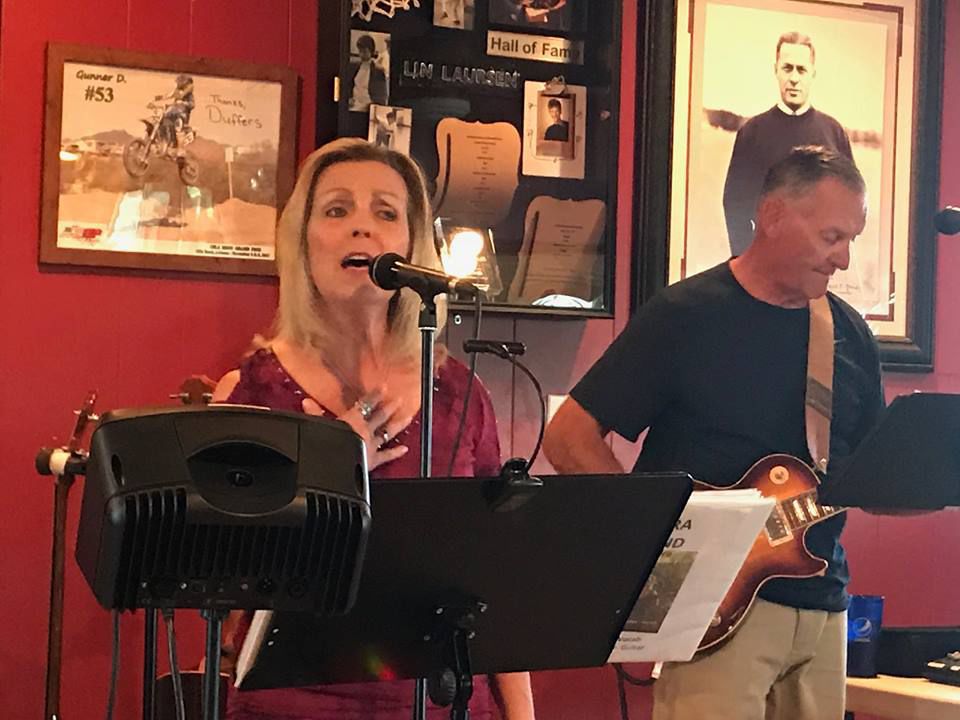 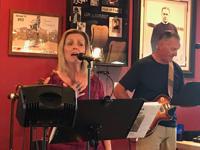 Ken Muhlbeier, left, and Kim Gibbs play and sing for the love of making people happy.

ELOY -- Kim Gibbs and Ken Muhlbeier are friends first, musicians second. As Sierra Sound, the two buddies perform at various venues across the area, playing a wide variety of music in hopes of helping people relax and feel happy.

“I sing because I feel music touches people’s souls, has a healing power and generally makes people happy,” Gibbs said.

Gibbs, a surgical nurse, is the vocalist for the duo. Muhlbeier, a retired high school social studies teacher, plays electric and acoustic guitar along with the banjo.

They often play private parties, special events and fundraisers but also have frequent performances at the Robson Ranch Tack Room, The Gathering, Tumbleweed Inn, Windmill Winery and other locations.

The two are neighbors in the Robson Ranch community. When the duo formed about three years ago, Muhlbeier had performed with a four-piece band that had recently broken up and Gibbs had long performed in church choirs and as a member of the Robson Ranch choral group.

“I sing all the time, any chance I can get,” Gibbs said. “I’ve been a singer since childhood.”

The two teamed up in forming Sierra Sound and began performing classic country, rock and some ‘70s and ‘80s music for various venues.

“Our style is very eclectic,” Muhlbeier said. “But the songs we play are usually upbeat and Kim sings them from the heart. We perform the stuff we love.”

For Muhlbeier, who learned to play guitar at age 8, performing is a passion he feels lucky to indulge.

“My mother was a piano player with a country band,” he said. “Rehearsals were often at our house and at a young age, I learned to play along.”

In high school, he performed in a band but during his college years, while he attended the University of Idaho on a football scholarship, he took a break from music.

“After college, I started listening to the music of John Denver and that got me interested in playing music again,” he said. “And I had a friend who was into the blues and so I learned a whole different genre of music.”

During the years he taught high school in Washington state, he played in bars and venues throughout his community. When he retired and moved to Robson Ranch, he said he finally had time to devote to his music.

“I feel lucky that at 67 I have the time for this much fun and that I can express myself musically,” Muhlbeier said. “Everyone here is passionate about something, whether it’s golf, pickleball or something else.”

The duo has more than 150 songs in their repertoire but Gibbs said they’re always adding more.

Whatever they’re performing, Gibbs said she likes when audiences sing along and have a good time.

“When I sing, it comes from the heart and I hope that comes through in the performance,” she said.

They’re also set to perform at a cancer fundraiser at Palm Creek Golf & RV Resort on Feb. 1 and at The Gathering in Casa Grande on Valentine’s Day, Feb. 14.

For more information, visit their Facebook page, found under Sierrasoundeloyaz.

For a complete listing of weekly shows and entertainment throughout the area, visit the Entertainment Calendar every Friday in the Casa Grande Dispatch and online at www.pinalcentral.com.

Do you want to see your band or show listed on the entertainment calendar? It’s free to subm…