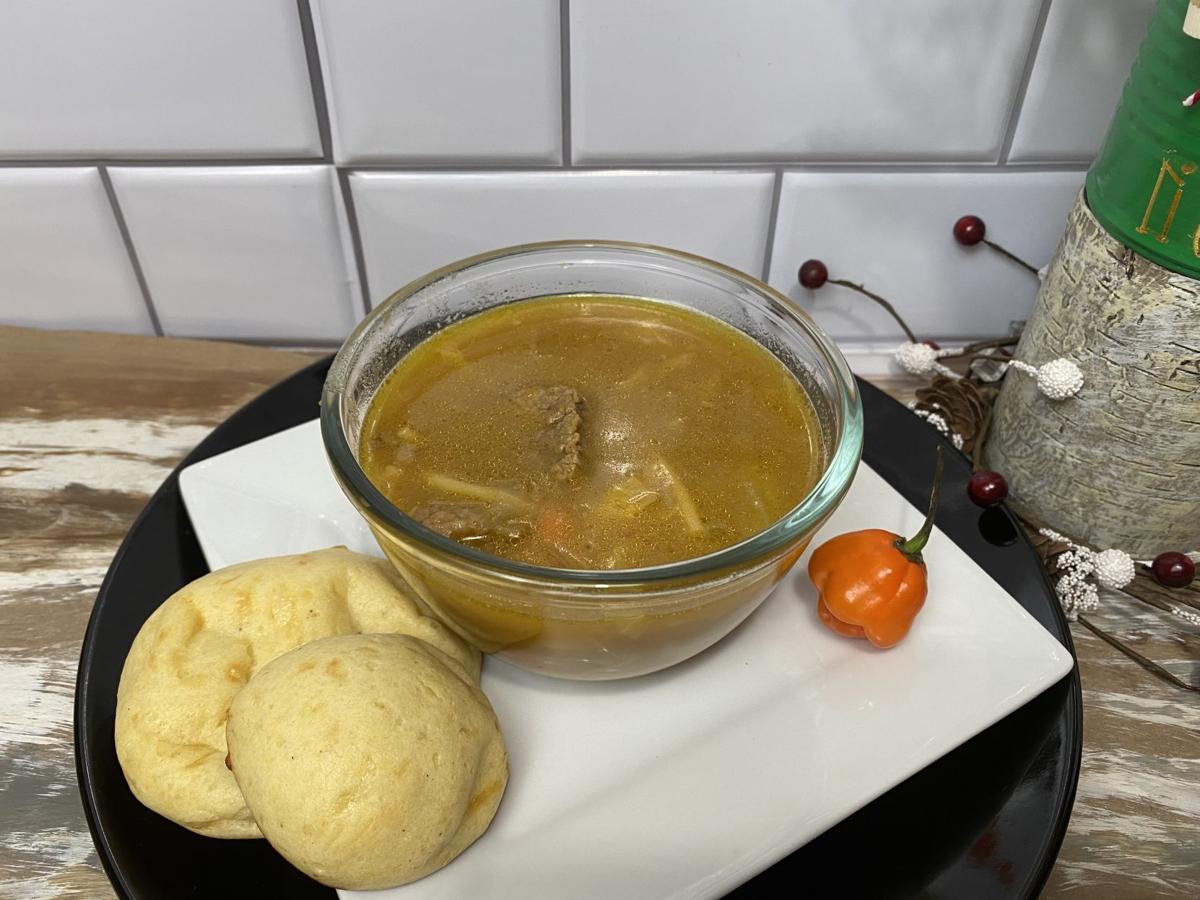 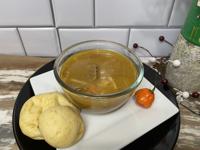 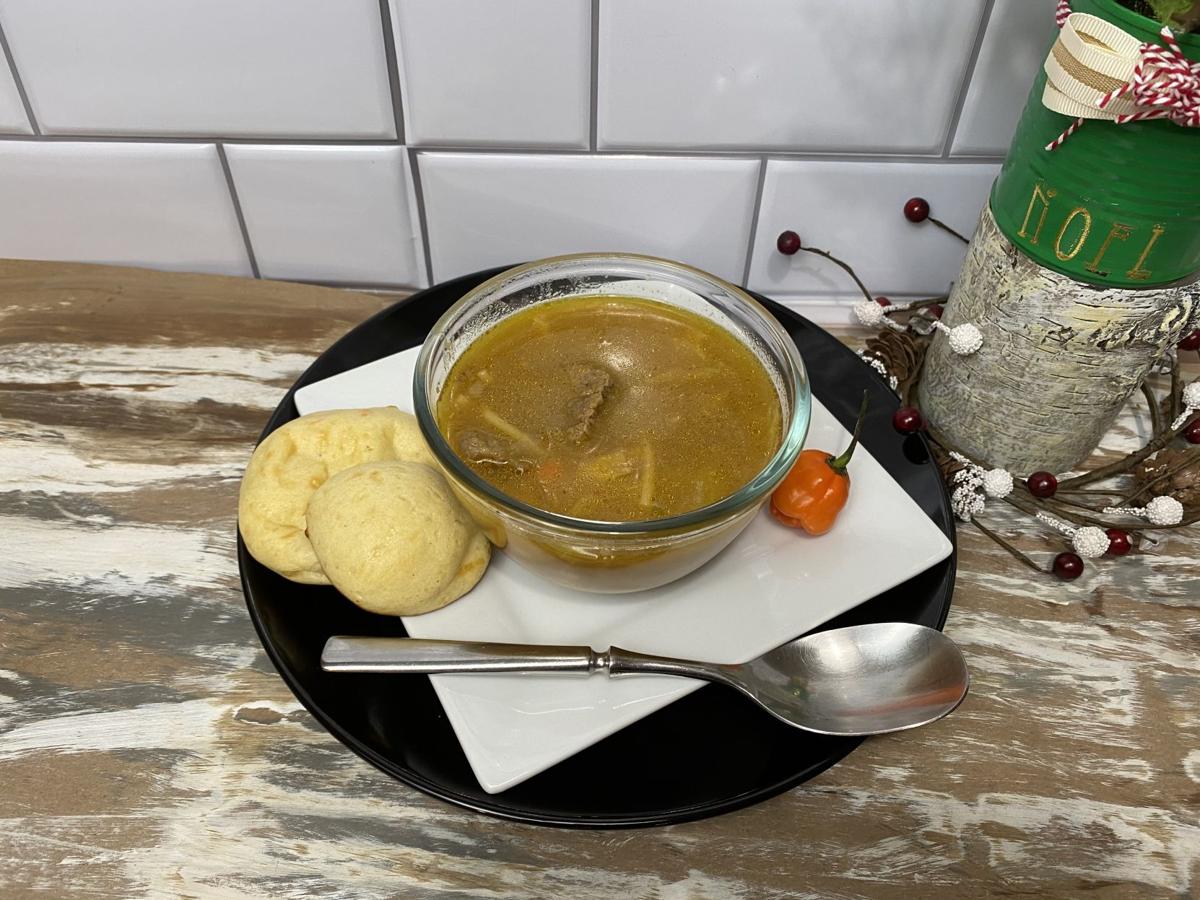 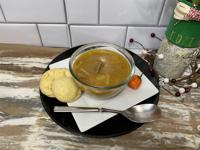 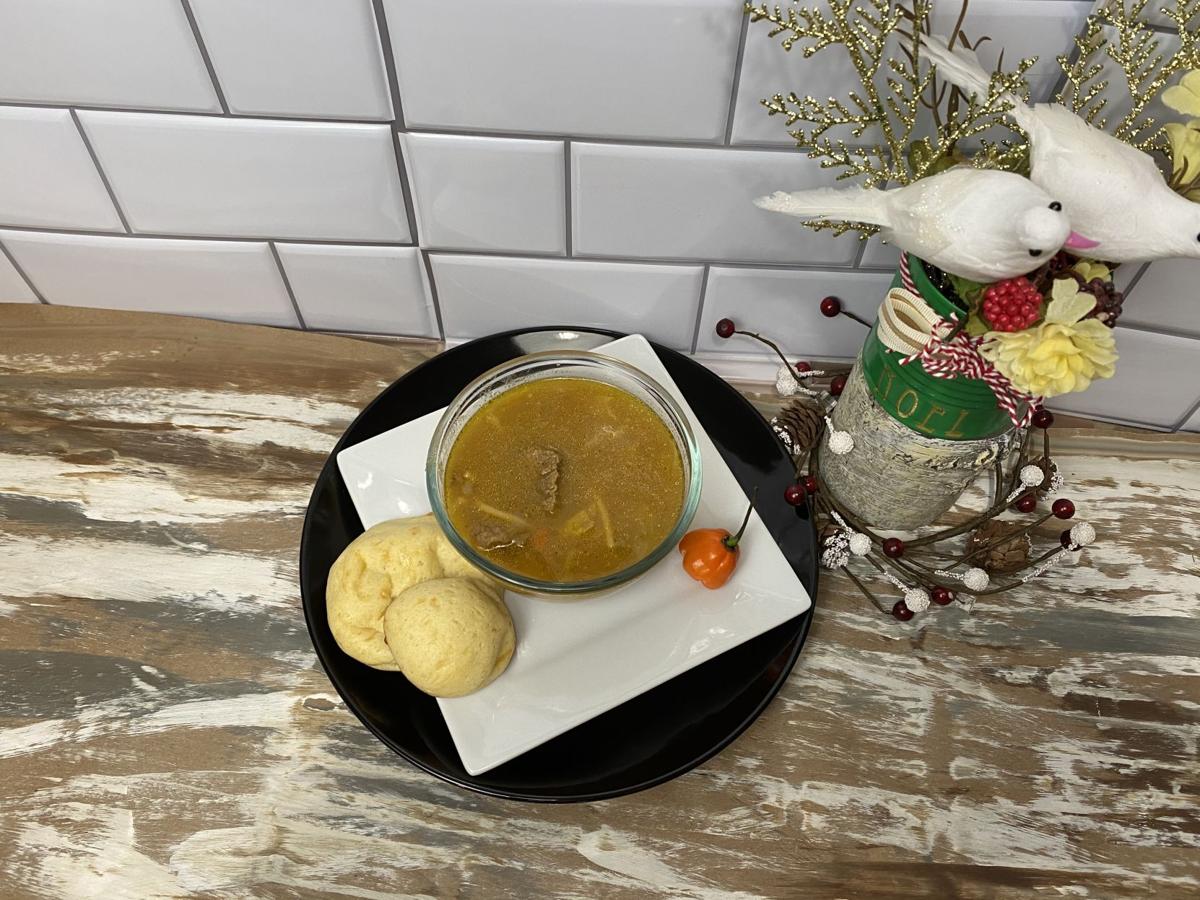 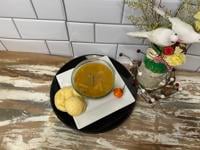 Haitian pumpkin soup is traditionally made to celebrate the country’s independence day.

Haitian pumpkin soup is traditionally made to celebrate the country’s independence day.

CASA GRANDE — As one year closes and another one begins, our family celebrates the new beginning with heaping bowls of traditional Haitian pumpkin soup, also known as soup joumou.

There are many legends about Haitian pumpkin soup.

The first legend tells how the savory soup was a delicacy among the French slave owners of Haiti’s pre-independence days. Once independence was gained, newly freed slaves raided the larders of the former landowners and made huge communal pots of the once forbidden soup, sharing it among themselves in a show of camaraderie and unity.

According to another legend, the soup was made to feed soldiers and their families and contained whatever ingredients were available.

Regardless of which legend is true, the soup has become the national dish of Haiti and a traditional New Year’s Day food and a symbol of peace, unity, brotherhood and freedom.

On New Year’s Day, families make large pots of the soup, which is served to visiting family and friends who stop by to wish a happy new year.

While butternut squash is the star of soup joumou, it is customizable and recipes vary. It’s traditionally made with beef and some make it with beef bones, allowing the flavor of the marrow to seep out and season the soup. But chicken, turkey or pork can also be used. For years, we made a vegetarian version and often make a chicken-based one as not everyone in our family eats beef.

In some parts of the country, a spicy version of the soup is made using jalapeño or Scotch bonnet peppers. Others leave out the hot peppers, spicing the stew with ample amounts of black pepper.

While the recipes may vary from family to family and region to region, one element is included in every version: puréed pumpkin (or butternut squash) to thicken the stew. Broth, assorted vegetables and some sort of pasta, usually spaghetti or vermicelli broken into smaller pieces or macaroni, are also essential ingredients.

Included in this article is the St. Aude family version of soup joumou. It’s easy to make and a delicious way to celebrate unity and peace as 2020 comes to a close and 2021 begins.

Handful of spaghetti, with pasta broken into thirds

¼ cup epis, a blend of herbs and seasonings traditionally used in Haitian cooking.

Cut butternut squash into chunks and boil in salted water until soft. When soft and cool enough to touch, reserve the water the squash cooked in. Peel the skins from the squash and, in a bowl or blender, mash until the squash is a puréed consistency, adding some of the cooking water if necessary.

Clean meat, then dry it. Sprinkle with salt, pepper and lime juice. Rub meat with epis and allow to sit for a few minutes.

Carefully place meat in hot pan with oil and brown it about eight minutes. Add onion, carrots, celery and garlic. Add beef broth and pureed squash followed by bay leaves, cabbage and potatoes and bring to a boil. Reduce heat. Add additional salt and pepper if needed and Scotch bonnet pepper, if desired. Simmer for about 45 minutes. About half an hour before the soup is finished, add pasta.

Continue cooking until pasta is cooked.

The soup is great served with French bread or crackers.

Add all ingredients to a blender or food processor, then blend until smooth, adding more oil if needed.

The mixture may be refrigerated or stored in freezer bags.