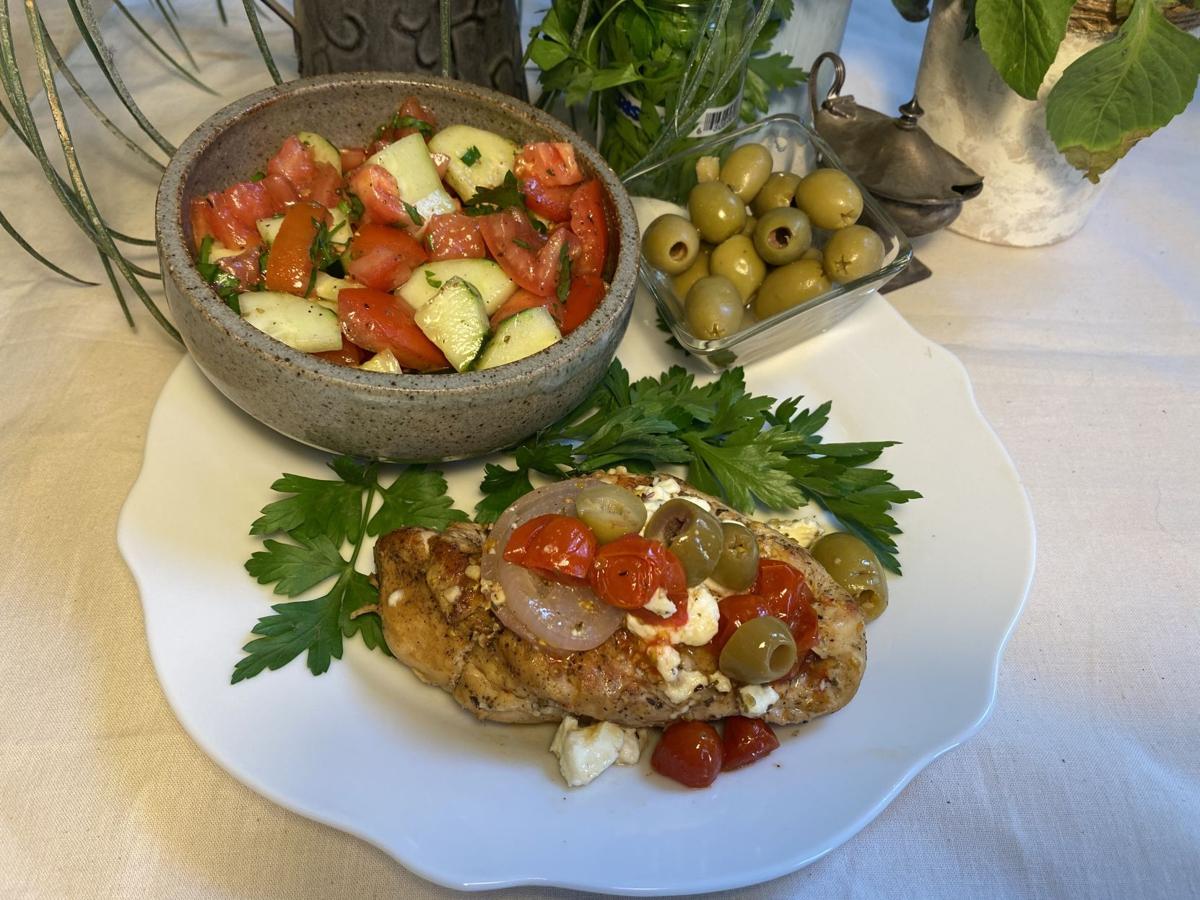 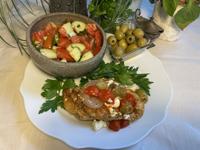 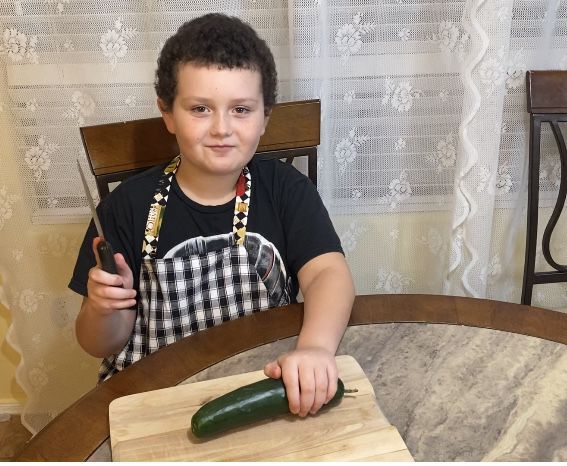 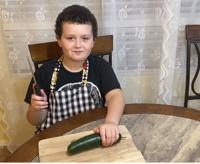 Kenny Swoboda helps prepare the vegetables for our Mediterranean Diet-inspired meal on Thursday.

Kenny Swoboda helps prepare the vegetables for our Mediterranean Diet-inspired meal on Thursday.

CASA GRANDE -- I love a cooking challenge, so when it was suggested that Simple or Not Kitchen try a few Mediterranean diet-friendly recipes that were easy and tasty, it was a challenge I was eager to accept.

The resulting recipes, Mediterranean one-skillet chicken and three-ingredient tomato salad, are simple enough to make — so easy even a child can do much of the work — and the tastes are amazing. But spoiler alert, those who aren’t fans of tomatoes won’t like either of these recipes.

One-skillet Mediterranean chicken is a recipe we found on the website www.mediterraneandish.com.

It features chicken breast simmered in a sauce and smothered in tomatoes, onions, oregano and green olives. It’s super easy to make and has lots of flavor.

Although it was difficult to refrain from throwing in a bit of mozzarella and basil when cooking with so many tomatoes, onions and oregano, we followed the recipe almost exactly, using all the ingredients suggested on the website. We did make one addition, however. We added a bit of lemon pepper, combining it with a little dried oregano, salt and pepper and rubbing it onto each piece of chicken along with the garlic.

While Mediterranean Dish recommends serving the chicken with rice or couscous, we made a light three-ingredient Mediterranean-inspired salad, also found on the website, to go with it. Aside from a light, easy dressing, the salad contains only cucumbers, tomatoes and parsley. The dressing recommends using olive oil, lemon juice, salt, pepper and sumac, but we weren’t able to find sumac in the grocery store so we used lemon pepper instead.

Both the chicken and the salad do require a bit of vegetable chopping, but the process of creating both dishes is very simple. My neighbor, 9-year-old Kenny Swoboda, was on-hand to help with the chopping of several cups of tomatoes, an onion, cucumbers and parsley.

As well as being easy to make, both dishes were super tasty. Even Kenny liked the chicken and the salad and asked for not only a second, but a third serving.

Spread the garlic on both sides; insert some garlic into the slits. Season the chicken breasts on both sides with salt, pepper and 1/2 of the dried oregano.

In a large cast iron skillet, heat olive oil on medium-high. Brown the chicken on both sides. Add the white wine and let reduce by 1/2, then add the lemon juice and chicken broth. Sprinkle the remaining oregano on top. Reduce the heat to medium. Cover with a lid or tightly with foil. Cook for 10-15 minutes, turning the chicken over once.

Uncover and top with the chopped onions, tomatoes and olives. Cover again and cook for three minutes. Add parsley and feta cheese.

Place the diced tomatoes, cucumbers and parsley in a large salad bowl. Add salt and set aside for four minutes or so.

Add the remaining ingredients and give the salad a gentle toss.

Do you have a suggestion for Simple or Not Kitchen? Recipes, suggestions, feedback or story suggestions may be emailed to mstaude@pinalcentral.com.

CG woman, retired teacher puts creative and baking skills to the test on 'Nailed It!'