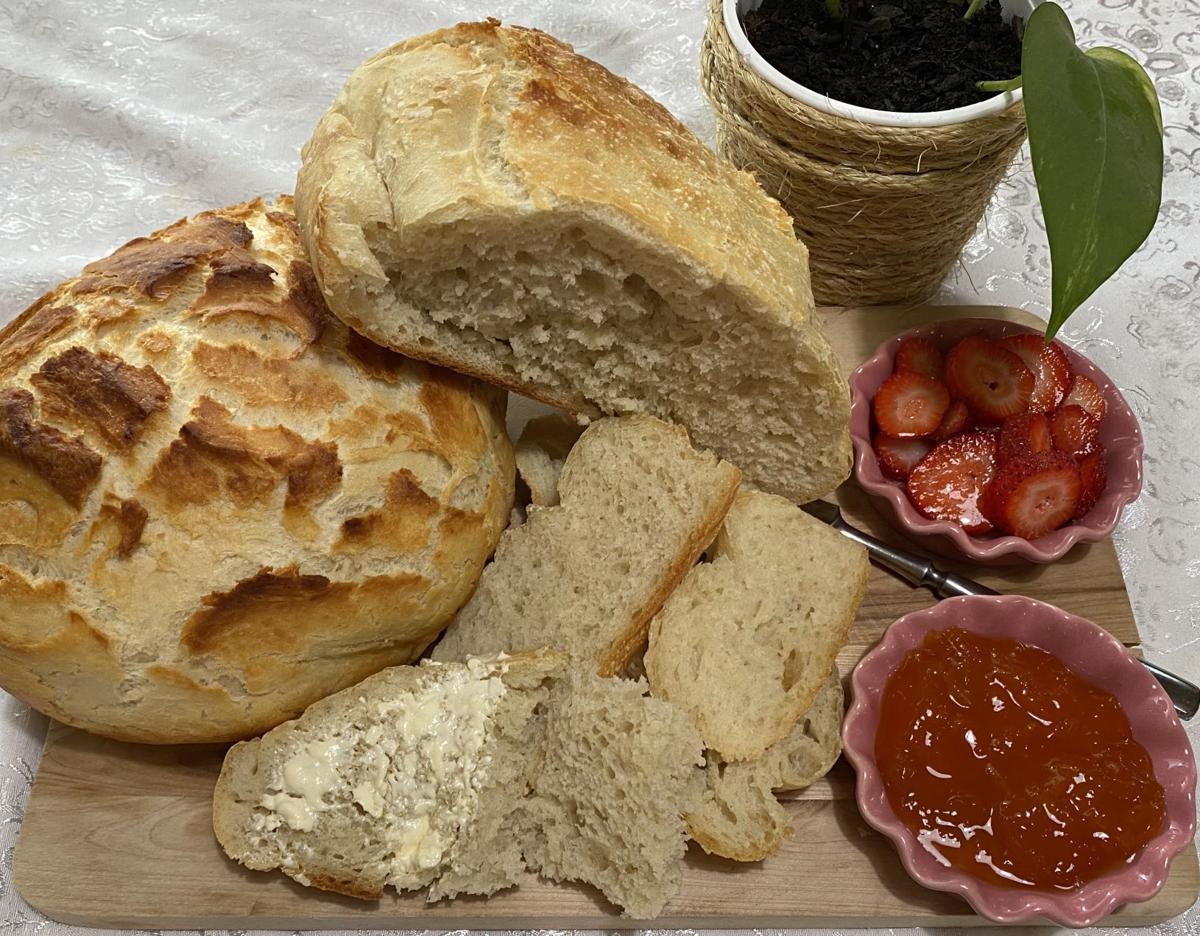 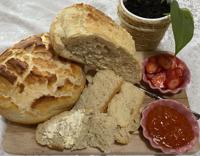 This homemade bread is the easiest you’ll ever make. 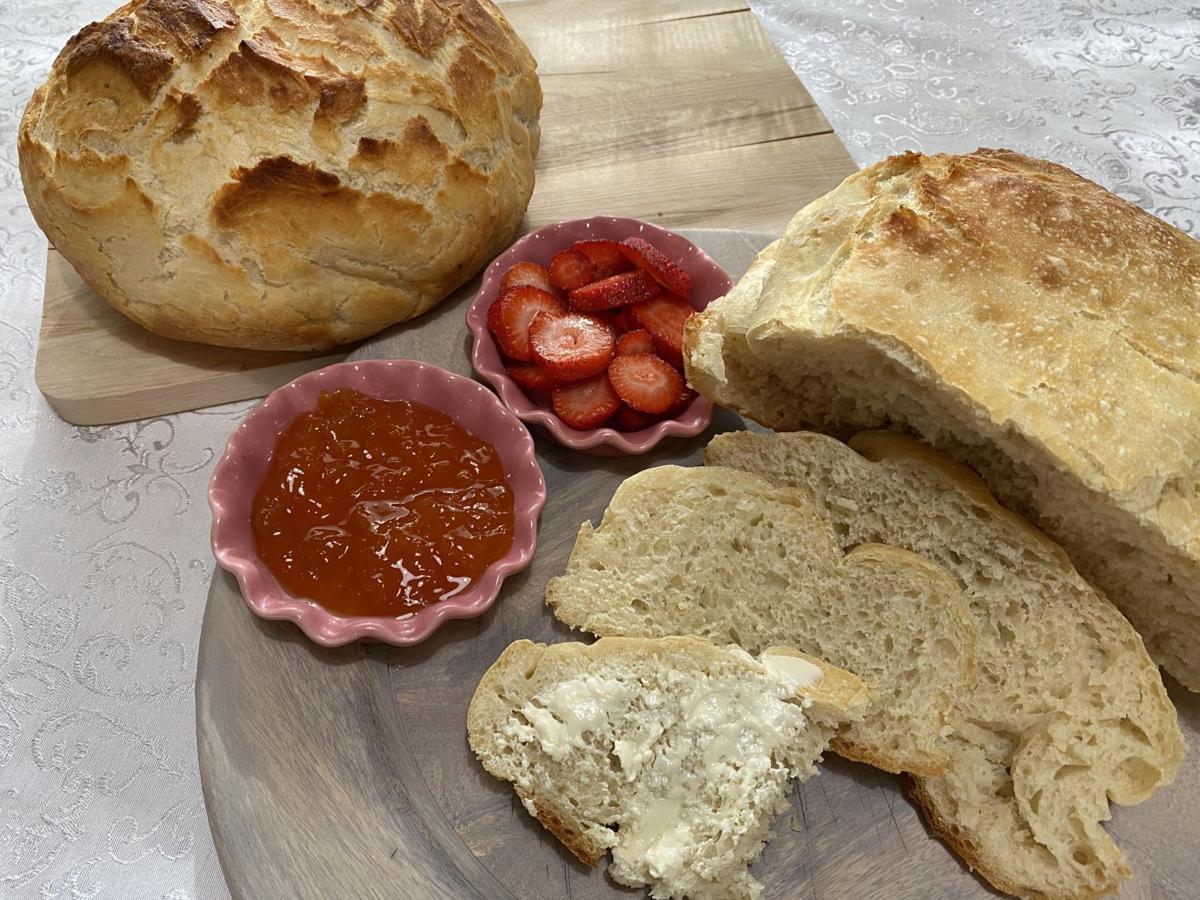 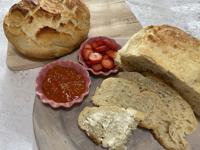 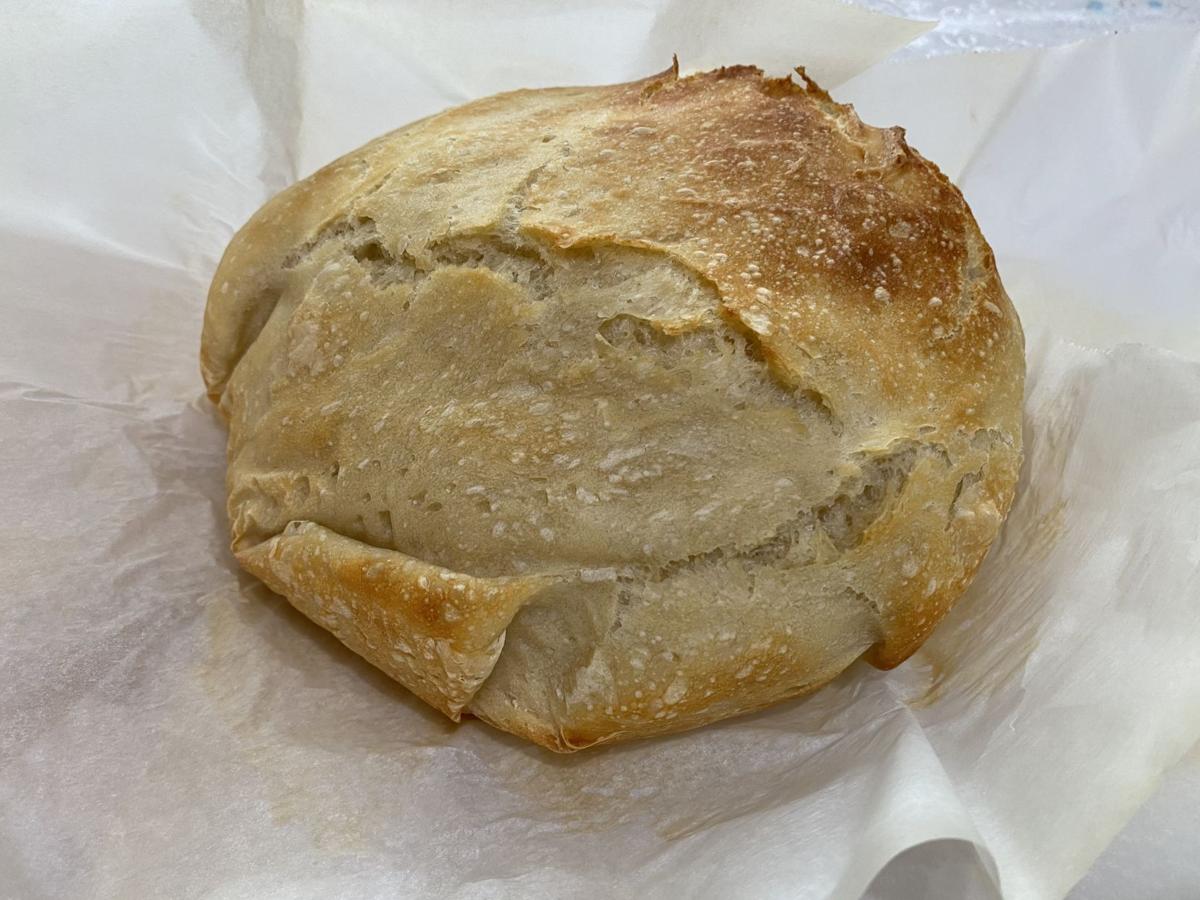 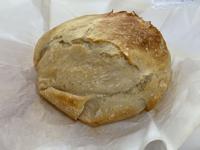 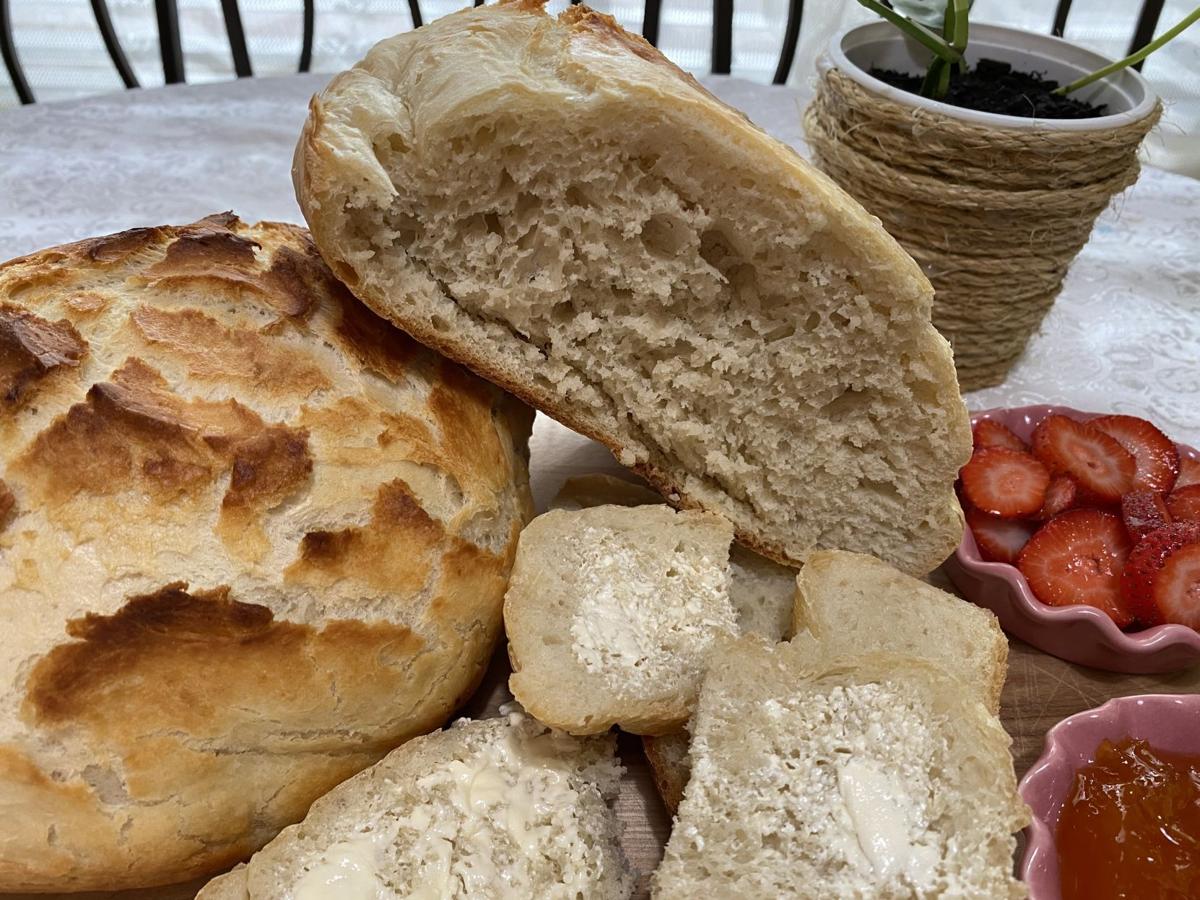 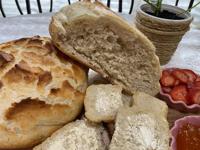 This homemade bread is the easiest you’ll ever make.

And it’s also one of the most satisfying things to eat. I love homemade bread. To me, fresh and crusty homemade bread accompanied by a little bleu cheese and a creamy Gruyére is one of life’s simple yet tastiest pleasures.

Over the years, I’ve gone through phases in how I like to make bread. Years ago, I went through a sourdough phase followed by a French bread phase. In the 1990s, I had a bread machine and for a while, I made most breads using the machine.

And while I like easy recipes, and I loved the simplicity of using a bread machine, I didn’t like that most of the breads it produced lacked a crispy and crunchy crust.

I am a bit of a snob when it comes to most store-bought loaves of bread. Most of them, even the French baguettes, tend to lack the deep flavor and texture that comes from a fresh-from-your-kitchen loaf.

Today’s Simple or Not Kitchen video and recipe eliminates all of the kneading and most of the waiting. It involves simply mixing together four ingredients — flour, yeast, salt and warm water — and creates a perfect, crusty-on-the-outside loaf of perfect bread.

The secret is using a Dutch oven pan — a thick pan usually made of cast iron that has a lid. When heated, design of the Dutch oven mimics the conditions of a specialty bread oven, allowing the bread to rise and develop a great, bakery-style crust while baking.

Using parchment paper makes the wet dough a bit easier to work with.

I make this bread quite a bit. It’s super easy and turns out perfect every time. During these days of COVID-19, as we stay at home more, I find myself making this bread a few times a week, mixing the ingredients in the early afternoon and popping it into the oven just before dinner.

As the loaves this recipe produces are a bit small, I often make two at a time because they go very quickly. If you have leftovers, they’re great for French toast, pan-fried croutons, bread pudding or simply as solo slices, slathered in butter.

There are plenty of recipes for no-knead bread on the internet. The following is the recipe I’ve been following for years.

It is adaptable. A tablespoon of sugar or honey may be added to the dough mixture for more flavor and the top may also be brushed with melted butter before baking for a deeper, darker crust. But the simple as-is recipe produces a great loaf of bread.

A Dutch oven with a tight-fitting lid

Combine warm water and yeast in a bowl and stir. Add flour and salt and stir until mixture is well combined and forms a dough. The dough will be wet and messy.

Cover with plastic wrap and allow to stand at room temperature for about three hours.

After about three hours, the dough will have risen and will be light and bubbly. Sprinkle bowl with flour and using a scraping tool (I use a bamboo sushi rolling paddle, but any scraping tool will work); scrape sides and fold dough over about 10 times to reshape it into a ball.

Allow to rest about 30 minutes. In the meantime, heat oven to 450 degrees. Place Dutch oven pan in the oven and allow it to heat for about 15 to 20 minutes. We want the pan to be very hot when the we put the bread in the pan.

Bake covered at 450 degrees for about 25 minutes. Remove Dutch oven lid and bake another 10 to 15 minutes uncovered until the crust is golden brown.

Remove from oven and allow to cool before slicing and eating.

Storage tip: The crust of this bread will soften if the loaf is stored in plastic. To keep the crust crunchy, store leftovers in a paper bag or wrapped in parchment paper.