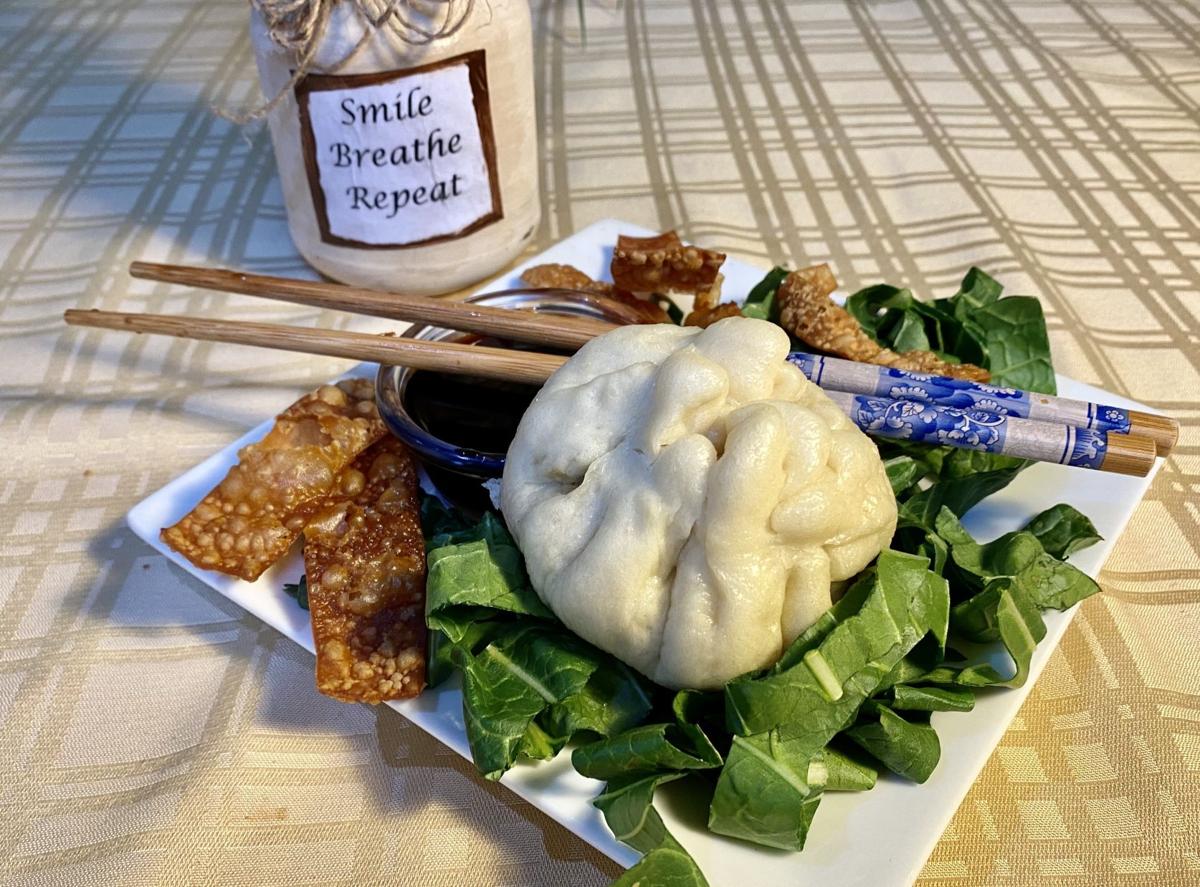 Our steamed buns were a little funny looking, but they were very tasty and easy to make, although a bit time consuming. 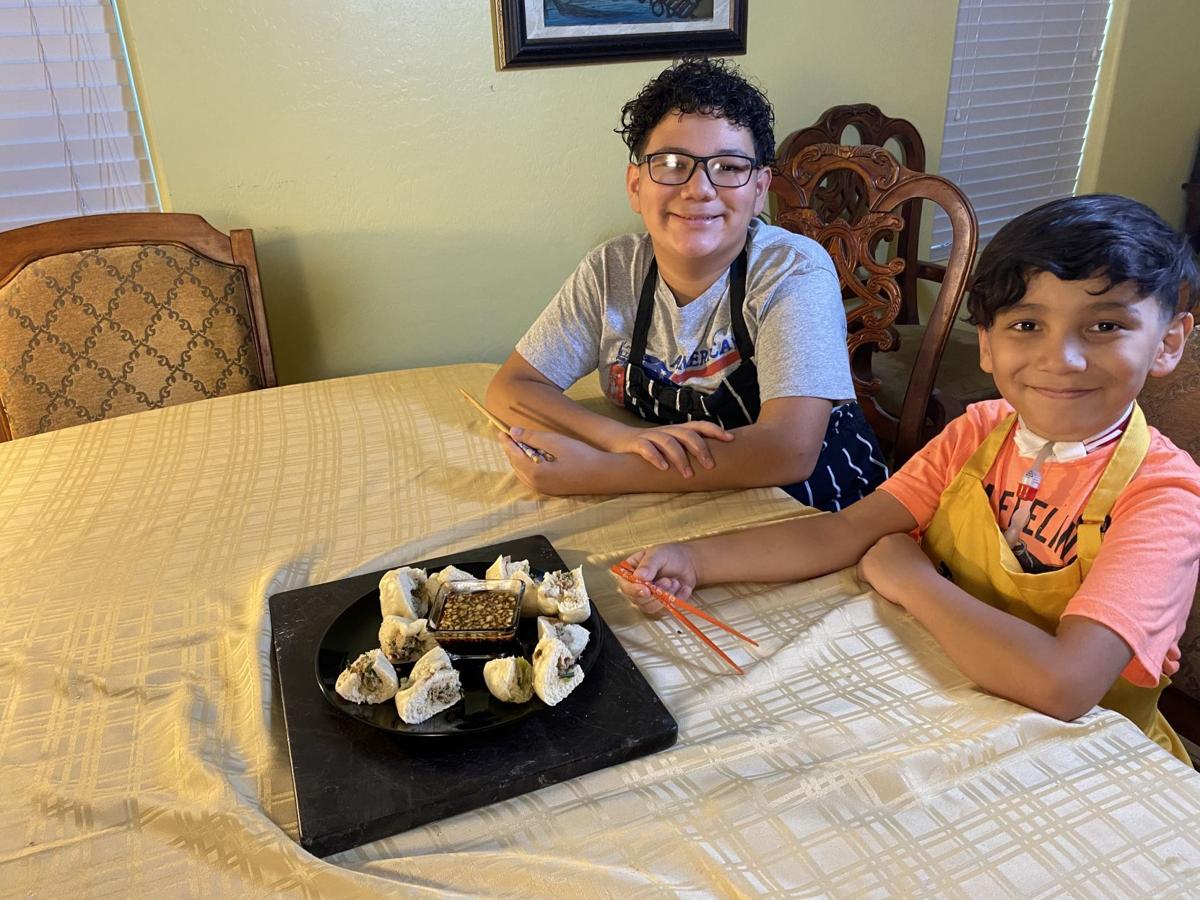 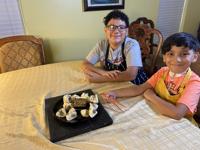 Matthew and Colin Villa enjoyed the process of making and eating the steamed buns.

Our steamed buns were a little funny looking, but they were very tasty and easy to make, although a bit time consuming.

Matthew and Colin Villa enjoyed the process of making and eating the steamed buns.

CASA GRANDE -- One of my favorite foods is steamed buns, whether filled with savory meats or sweet custard. On various trips to San Francisco’s or Boston’s Chinatown neighborhoods, we almost always seek out the treats.

Even though I make a lot of breads, I never tried making steamed buns until recently. But inspired by the super cute Disney Pixar short film “Bao” (which always makes me cry), and my adult daughter’s craving for steamed buns, I decided to try making the meat-filled pastries for Simple or Not Kitchen to see if they’re as difficult to make as I always assumed.

Steamed buns are typically made in a bamboo steamer. When we decided to make the recipe, we didn’t have one. After debating whether to run out and buy one, we decided instead to improvise and use the tools we had on hand to fashion a steamer using a wok, inverted bowl and a plate as well as a stainless steel bowl as a cover.

Helping Simple or Not Kitchen make the steamed buns were my neighbors, 12-year-old Matthew Villa and his 7-year-old brother, Colin, who are fans of the “Bao” short film.

Matthew hopes to be a chef some day and Colin likes to help in the kitchen, so Simple or Not Kitchen put them both to work chopping vegetables for the savory bun meat mixture and they also helped to stuff the dumplings and steam them.

The process of making steamed buns, even without the proper equipment, is simple but it is also time-consuming and requires a bit of patience and preplanning.

As the dough is made with yeast, making it involves mixing, kneading, waiting and then more kneading and waiting before finally rolling and filling. Then there’s a little more waiting.

The process took us several hours but Matthew and Colin — and the adults present — enjoyed the process of chopping the veggies, mixing the meat and stuffing the dumplings.

When it was time to cook our dumplings, the improvised steamer worked perfectly. Because the dough was a bit sticky, we added a bit of parchment paper to the plate.

Because we had some trouble learning the stretching and pinching method of closing the buns, ours came out somewhat funny looking. But the taste was amazing. The buns were gobbled up quickly.

After making the steamed buns in the improvised steamer, I did stop by H Mart in Mesa a few days later to purchase a two-tier bamboo steamer. Then I made steamed buns again to compare the difference.

The results were about the same.

If there are more than a few people or hungry kids waiting for steamed buns, I suggest going with the two-tier bamboo steamer.

Make the dough starter by combining yeast with ¼ cup flour, 1 teaspoon sugar and ¼ cup of warm water. Stir and allow to rest for about 30 minutes.

After 30 minutes, add other dough ingredients and mix, then knead dough. If using a stand mixer, knead dough on medium-low speed until dough is smooth and elastic.

Form dough into a circle and place in a greased bowl. Cover and allow to rise for about three hours.

Sprinkle dough with flour and knead for about five minutes. Divide into eight equal sections and roll each section into a ball. Roll each ball flat into a 3-inch circle. Allow to rest.

To make the meat mixture, combine all filling ingredients in a bowl and stir until well mixed.

Place a small amount of filling onto the center of the flattened dough. Stretch and pinch the edge of the dough to seal the dumpling shut.

Place buns in a steamer leaving enough room for the dough to expand. Let rest for about 10 minutes before starting the steaming process.

Cover and steam for about 20 minutes or until meat is fully cooked.