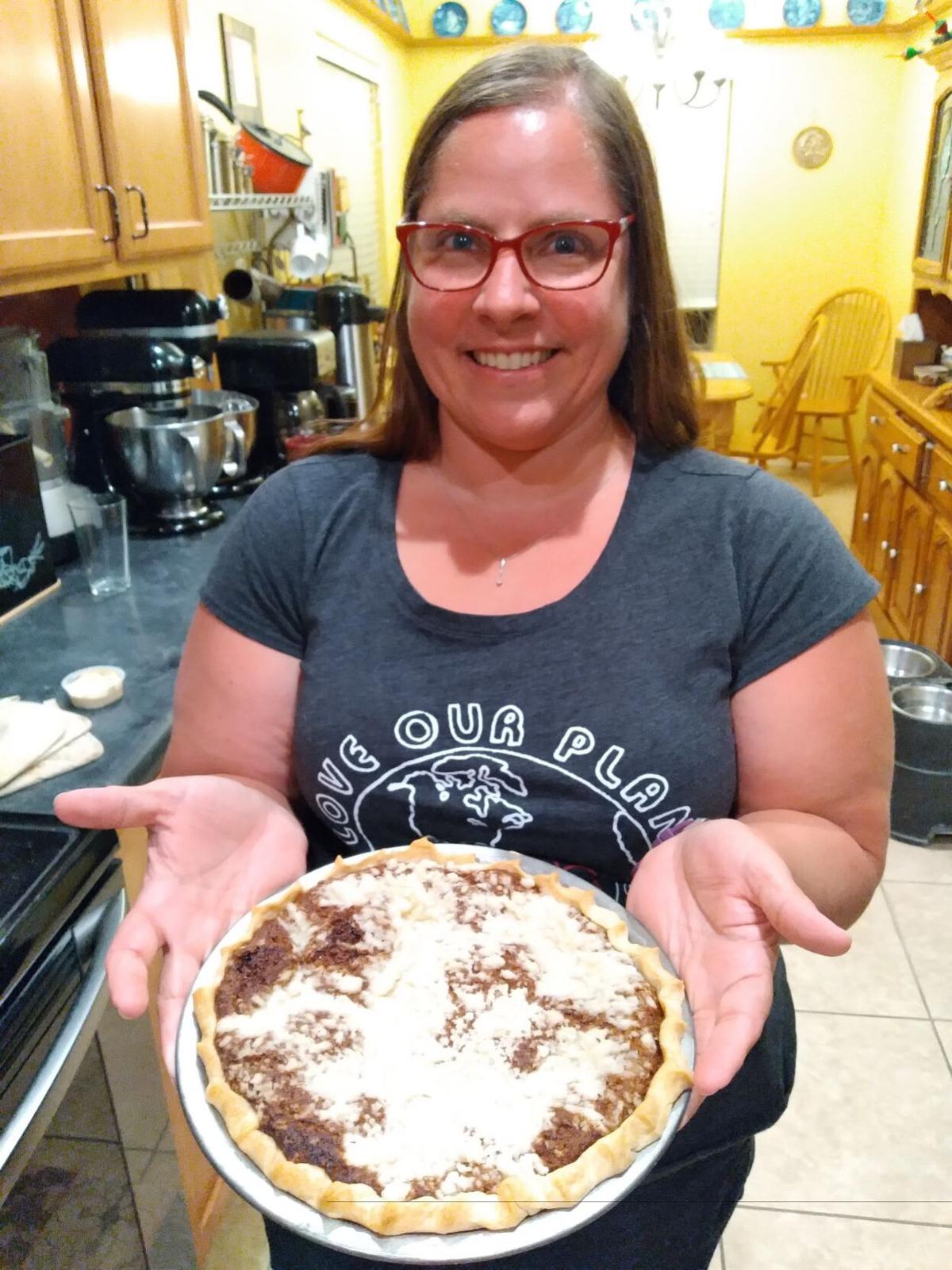 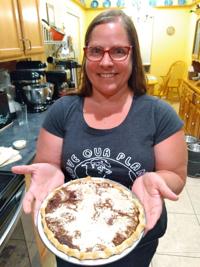 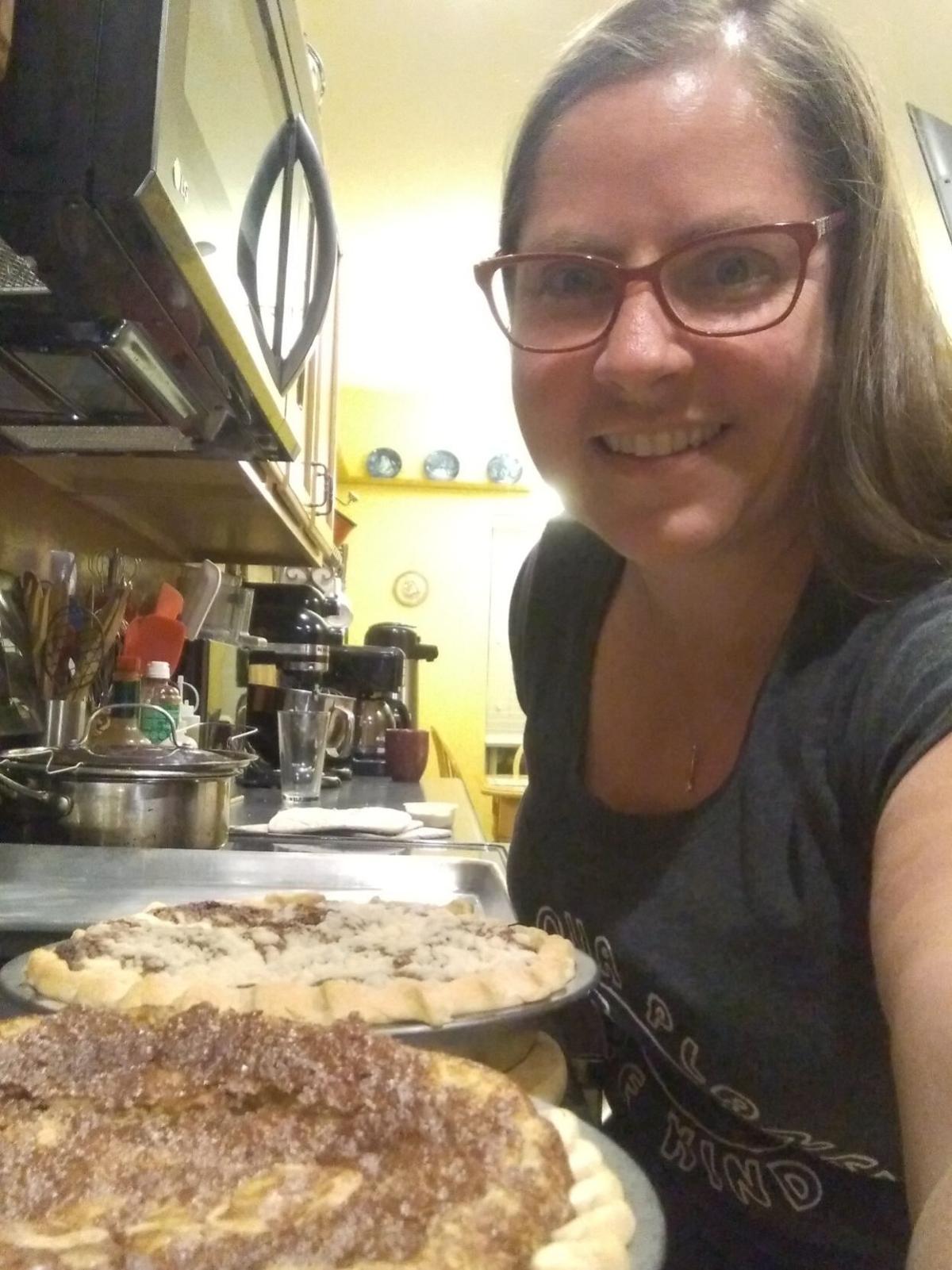 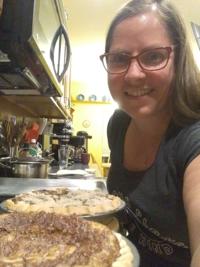 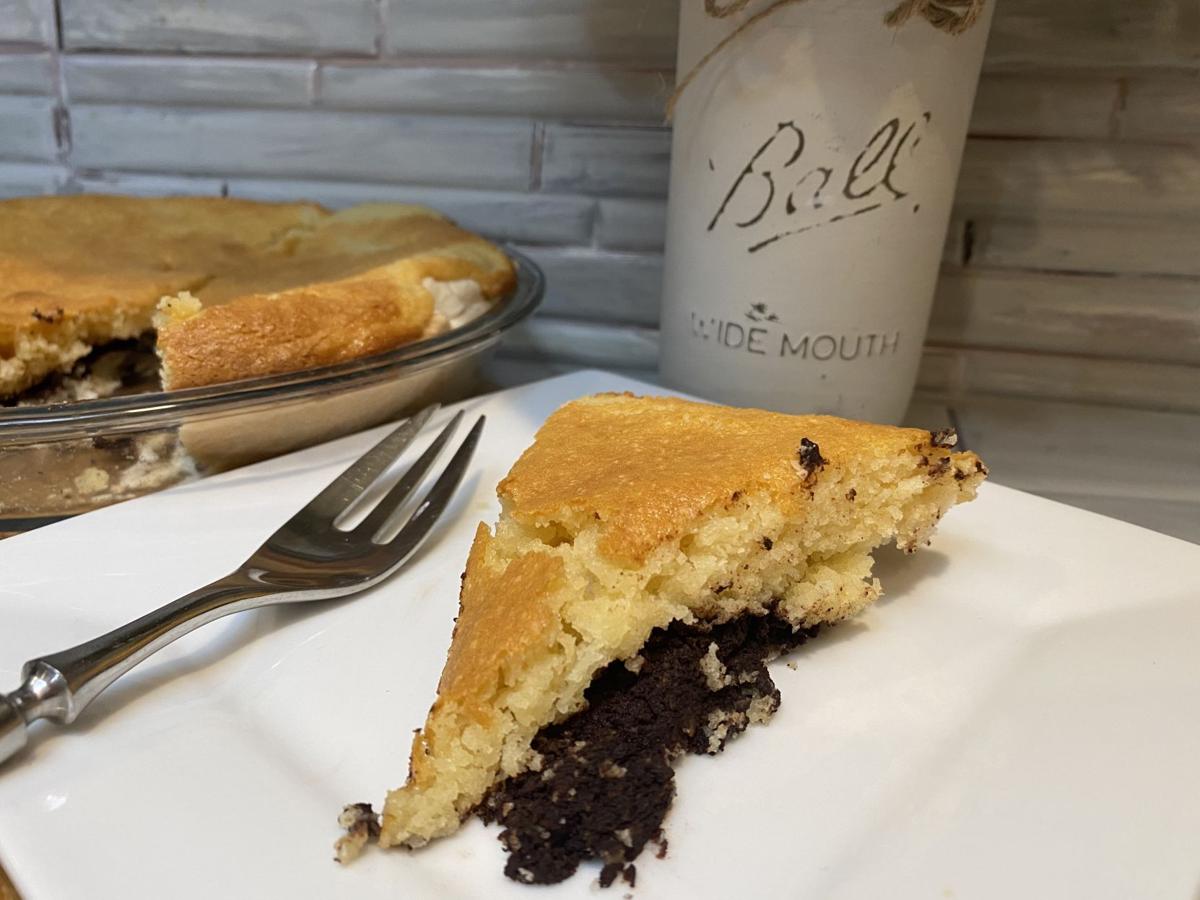 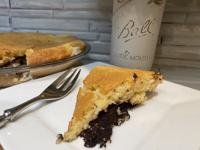 To Casa Grande resident Lorrie Pena, a unique dessert named “funny cake pie” is symbolic of her childhood and heritage.

Funny cake pie is a Pennsylvania Dutch recipe in which a cake is baked into a pie crust. It generally contains a layer of chocolate sauce and a layer of vanilla cake that gives the dessert a unique appearance.

“The funny cake likely got its name because it is both a cake and a pie,” Pena said. “The other funny part is there are two ways to make this pie.”

Pena makes the dessert by pouring a chocolate layer into the pie crust first, then topping it with a layer of vanilla cake batter.

“Other recipes actually call for the cake batter to be poured into the pie shell first, then topped with the chocolate and during baking the chocolate will sink to the bottom while the cake will rise up to the top. Both methods are correct and will end up with similar results,” she said.

Pena has been baking since childhood and has a certificate in baking and patisserie from Le Cordon Bleu. She moved to Casa Grande in 2006 from Los Angeles originally planning to open a bakery.

“It was right at the beginning of the housing market crash and so we shelved those plans,” she said.

Among her favorite things to bake are various Pennsylvania Dutch recipes.

Her grandmother made pies often and was well-known in her community for her shoo-fly pie — a rich molasses crumb pie.

“My nana was an avid baker and she was known for her pies,” said Pena. “I am Pennsylvania Dutch myself. My ancestors came from Germany and settled in Pennsylvania in the late 1700s and 1800s.”

Soon after her grandmother passed away, Pena found herself leafing through a few Pennsylvania Dutch recipe books when she found the recipe for funny cake pie.

“I had actually never eaten it as a child because my mom doesn’t like it,” Pena said. “All of the pies, food and culture are special to me because it is my heritage and these pies and foods are comfort food to me. They remind me of my childhood in the rural suburbs of Philadelphia and remind me of my family and my nana in particular.”

Although she tends to make cookies and cakes, Pena decided to make funny cake pie to try it.

“It was actually very easy to make and was very tasty,” she said.

Pena enjoyed the recipe so much that she posted it online in a group that shares information about Pennsylvania Dutch culture and recipes. She also posted the recipe in the online Facebook group Casa Grande Foodies and shared her recipe with PinalCentral.

“I think the Pennsylvania Dutch people are pie eaters,” she said. “If you (search) Pennsylvania Dutch pie recipes you will find many sweet and many savory pies. The shoo-fly pie for example was typically eaten for breakfast, but also as a snack with coffee or a dessert.”

Pena believes anytime is good for baking a pie or sharing a recipe.

“I don’t think there needs to be a special reason to bake a pie,” she said. “I do plan to make the funny cake pie again.”

Cream together sugar and shortening. Combine milk and egg and add to sugar-shortening mixture alternately with flour and baking powder. Add vanilla and set aside until lower part is mixed.

Mix together the cocoa, sugar, water and vanilla. Pour into an unbaked pie shell. Over this, put the “top part.”

The chocolate will come up around the outside edge, which gives a nice crusty edge on the finished product. Bake in a 350-degree oven for 35 minutes or until firm.

Pour mixture into pie shell and set aside.

Combine flour and brown sugar. Using a box grater, grate the butter (as you would grate cheese) on the small eyes of the grater. Add salt and rub mixture between your hands to ensure that butter is in small pieces.

Place in 375-degree oven. After 15 minutes reduce heat to 350 degrees and bake another 30 minutes or until the center of the pie has set.

Recipe Review: Smashed Brussels sprouts is a new take on a time-honored veggie

CASA GRANDE — Brussels sprouts are among the more versatile vegetables. They can be steamed, boiled, microwaved, baked, roasted, served in a s…