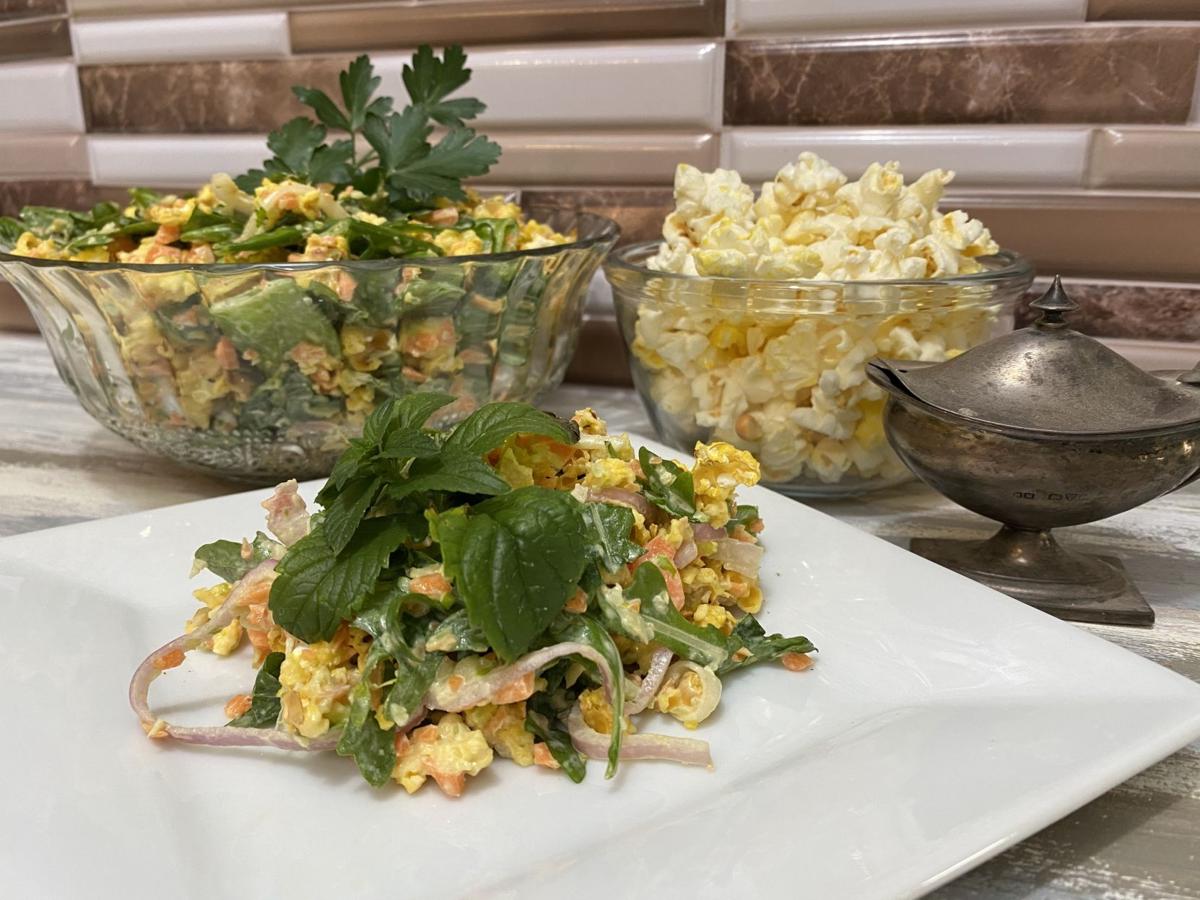 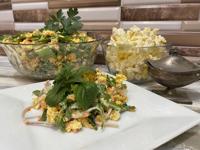 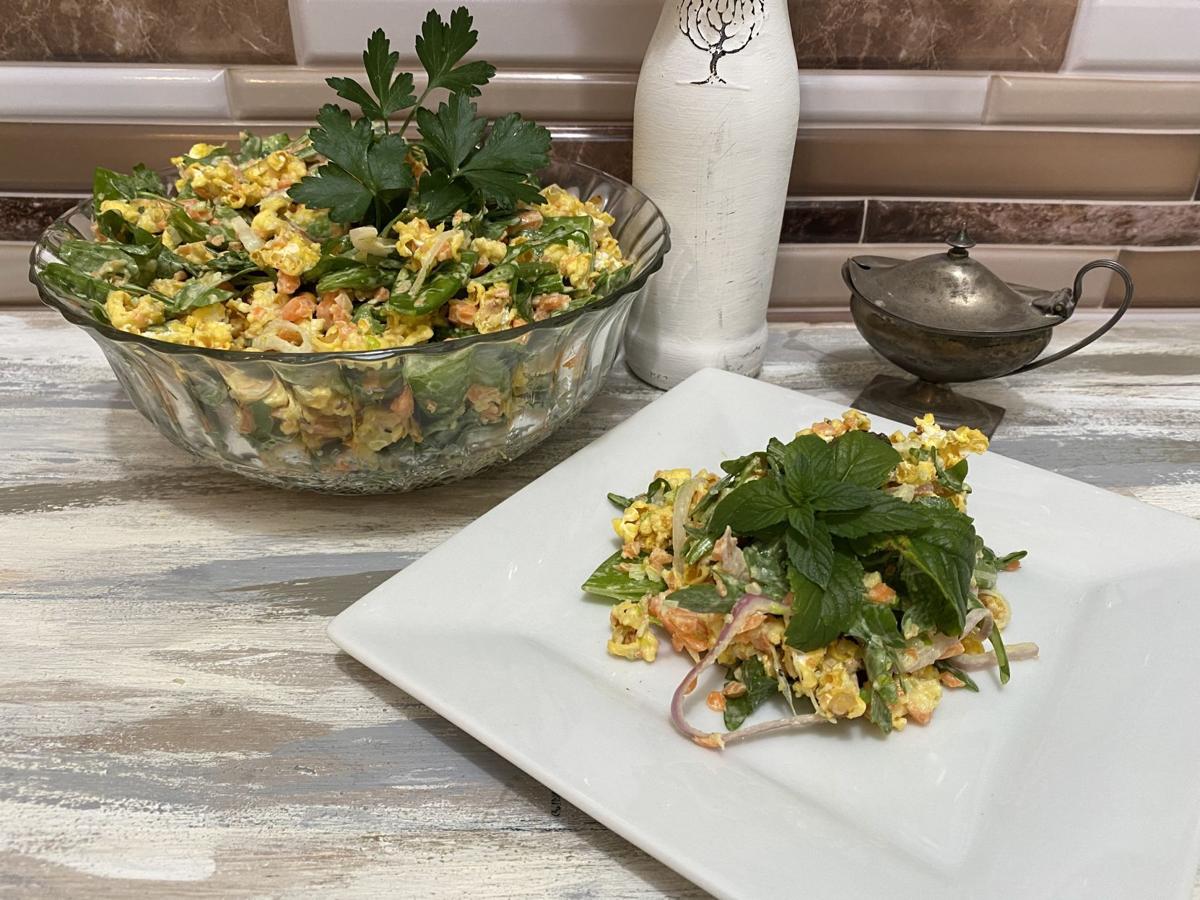 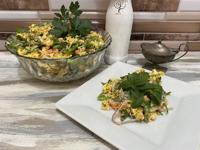 Videos for popcorn salad have been popping up in various corners of the internet lately, based on Molly Yeh’s recipe on FoodNetwork.com, and reviews have been mixed.

Some people seem to love the salad, others hate it and some refuse to try it.

Simple or Not Kitchen decided to give it a try.

Popcorn salad starts out as a regular ordinary salad with a delicious homemade ranch dressing. And it has lots of nutritious and yummy ingredients in it. It takes a turn when 12 cups of popped popcorn are mixed into the salad.

Of course, popcorn on its own is delicious but it’s not a traditional addition to a salad.

It does, however, give this salad a unique texture and taste.

Popcorn today is one of America’s favorite snack foods. Americans eat billions of quarts of it every year and in 2020, sales of popcorn increased by about 13%, according to market data.

And while today it’s relegated to a snack food, in early American history, popped corn was eaten as a breakfast cereal and may have inspired modern-day breakfast cereals.

According to a history of popcorn on the Grand Rapids Popcorn website, early American colonists would pop corn and eat it in a bowl with milk and sugar.

While there are different versions of popcorn salad on the internet, I made Yeh’s original popcorn salad recipe with a few minor alterations.

My local store was out of watercress, so I substituted baby arugula. I also mixed the arugula into the salad rather than piling it on top as the recipe suggests. The salad could also be made with baby spinach as a substitute. I also added a bit of lemon pepper in place of regular black pepper.

This salad is actually pretty tasty. When I made it and tested it out on a few people brave enough to try it, the feedback was more positive than I anticipated. Some people actually liked the salad quite a bit. A few others said “it’s not as bad as I thought it would be.” Some people trying it even added a few extra handfuls of popcorn to the top of the salad to eat as croutons.

I liked the salad dressing and vegetables so much I made the exact same salad the following night for dinner, without the popcorn.

The popcorn adds a unique texture to the traditional vegetable mix and it absorbs every flavor in the salad. Flavors of shallot, dressing, carrots, celery and arugula can be tasted in every piece of popcorn.

This salad is fun to try and it might get a few picky eaters to eat their veggies.

While popcorn is still hot, sprinkle with white cheddar popcorn seasoning and allow to cool.

Whisk mayonnaise, sour cream, vinegar, sugar and mustard together in a large serving bowl. Stir in the shallot. Season with salt and pepper.