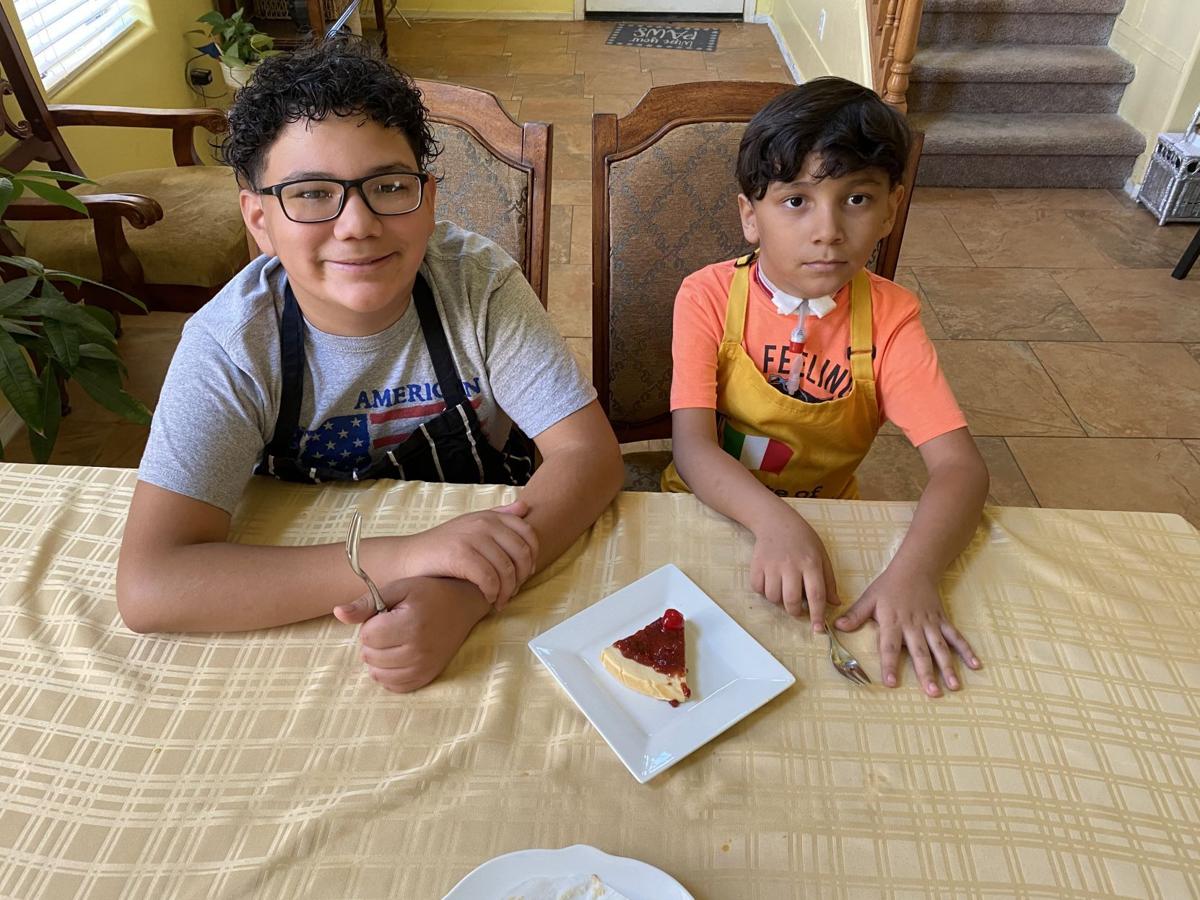 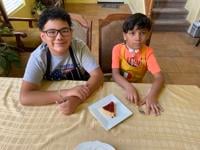 While Matthew Villa liked the lemon-ricotta cheesecake, his brother Colin did not. 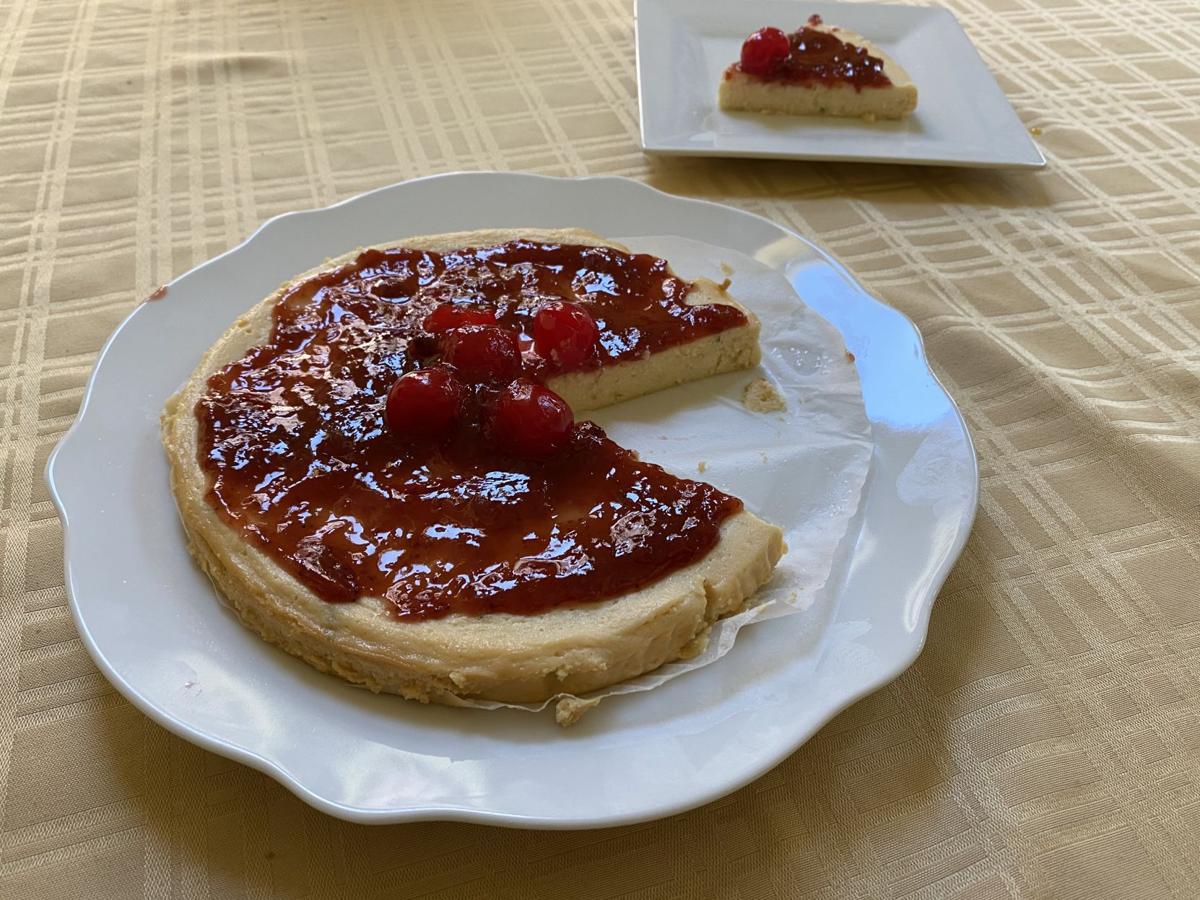 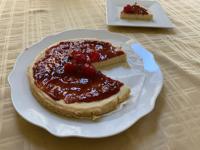 Lemon-ricotta cheesecake is simple to make in the Instant Pot.

While Matthew Villa liked the lemon-ricotta cheesecake, his brother Colin did not.

Lemon-ricotta cheesecake is simple to make in the Instant Pot.

CASA GRANDE -- Although lemon-ricotta cheesecake is simple to make using an Instant Pot, when we made it for Simple or Not Kitchen, it didn’t impress one of the two kids tasked with taste-testing the results.

The recipe for Instant Pot cheesecake we followed is a crust-less cake that can be easily transformed into a keto diet-friendly version by simply swapping sugar for a sugar substitute. For those who prefer a crust, it can also be made with any type of crust — crushed vanilla wafers would be an awesome crust.

Helping Simple or Not Kitchen put the recipe for Instant Pot lemon-ricotta cheesecake to the test were aspiring chef Matthew Villa, a seventh grader at Grande Innovation Academy, and his brother, second grader Colin Villa, who attends McCartney Ranch Elementary School. They were also on-hand to let us know if the results tasted good.

There is nothing complicated about this recipe and it’s great for cheesecake beginners. It only uses six ingredients, doesn’t include cream and is simple to put together. The six ingredients are mixed together, then pressure-cooked in the Instant Pot for about 25 to 30 minutes. Compared to the 60 minutes or more baking time for a traditional cheesecake, the Instant Pot version is great for those seeking a more instant gratification.

Rather than poured into a pan for a traditional cheesecake, it can also be divided into small mason jars, baked, then topped with oatmeal, berries, granola or other toppings to make a parfait. Small cheesecake bites can be made by baking in cupcake pans.

The mixture can also be swirled into cake or brownie batter for an upgraded treat.

We made our lemon-ricotta cheesecake as a traditional, crust-free cheesecake topped with maraschino cherries and a homemade strawberry syrup. Another optional topping is a combination of sour cream and confectioners sugar.

While our lemon-ricotta cheesecake was a hit with most who tried it, the sweet dessert didn’t please everyone. Colin, who generally likes cheesecake, gave the recipe a thumbs down rating. After trying one bite, he declared it “disgusting” and refused to eat another bite. Matthew and the others in the room ate every bite — including Colin’s portion.

Zest of one lemon or lime

With all ingredients at room temperature, blend together ricotta and cream cheese until smooth. Add other ingredients and mix well. Mixture should be smooth with no lumps.

Pour mixture into a parchment paper-lined pan that fits into the Instant Pot.

Place about 2 cups of water in Instant Pot.

Set cheesecake pan on the Instant Pot rack and cover with foil. Gently lower the rack and foil-covered pan into the Instant Pot. Cook on high pressure for about 25-30 minutes. Allow the pressure to release on its own.

Refrigerate for about six hours before topping.

Do you have a recipe suggestion for Simple or Not Kitchen to try? Suggestions, feedback and story ideas may be sent to mstaude@PinalCentral.com.

Easy cheesy lemon-ricotta cheesecake is simple to make in the Instant Pot.