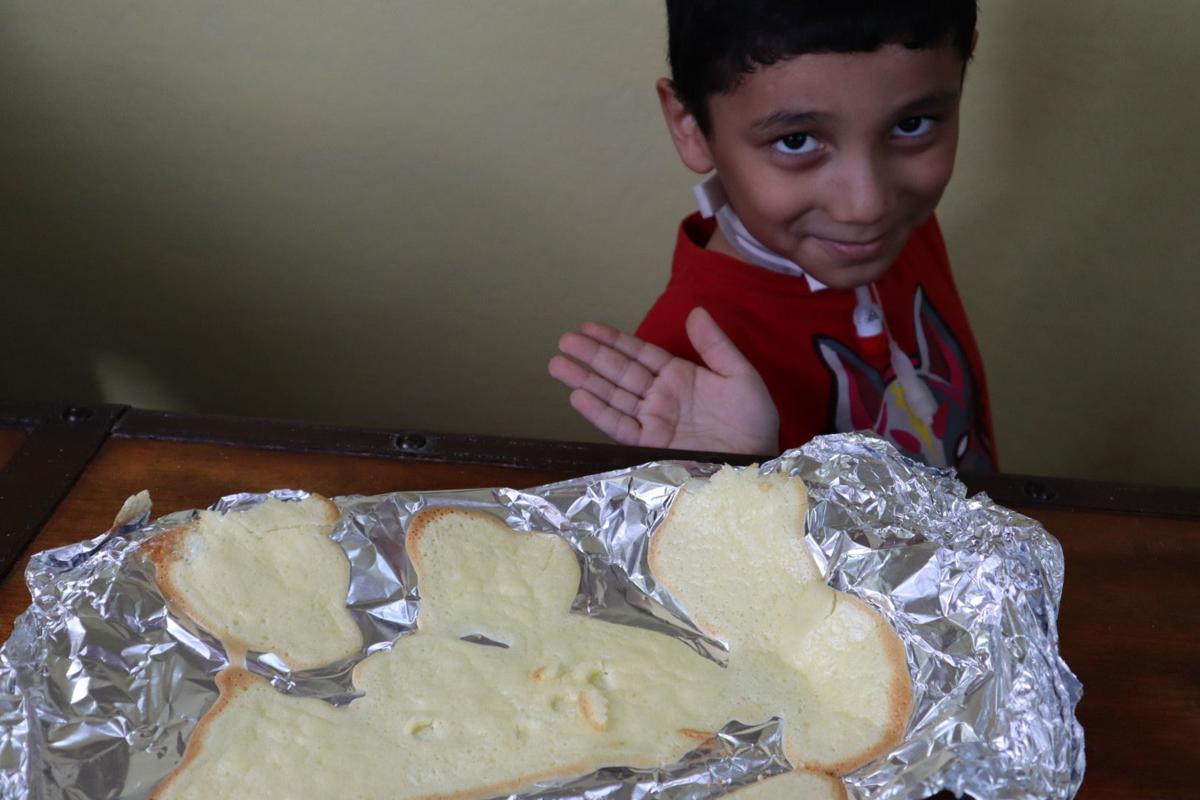 Our mini chefs, including 7-year-old Colin Villa, were not impressed with our first batch of keto cloud bread. 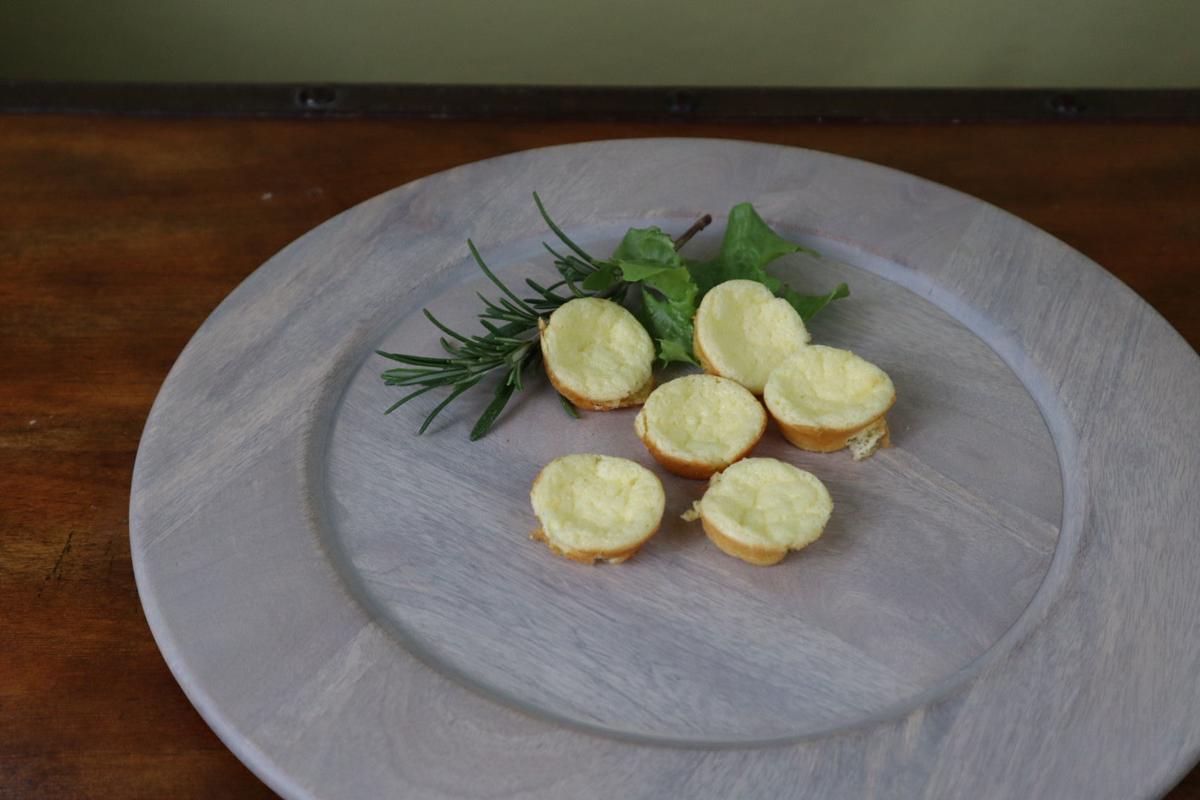 Although it’s called keto cloud bread, this recipe is a fun egg dish. 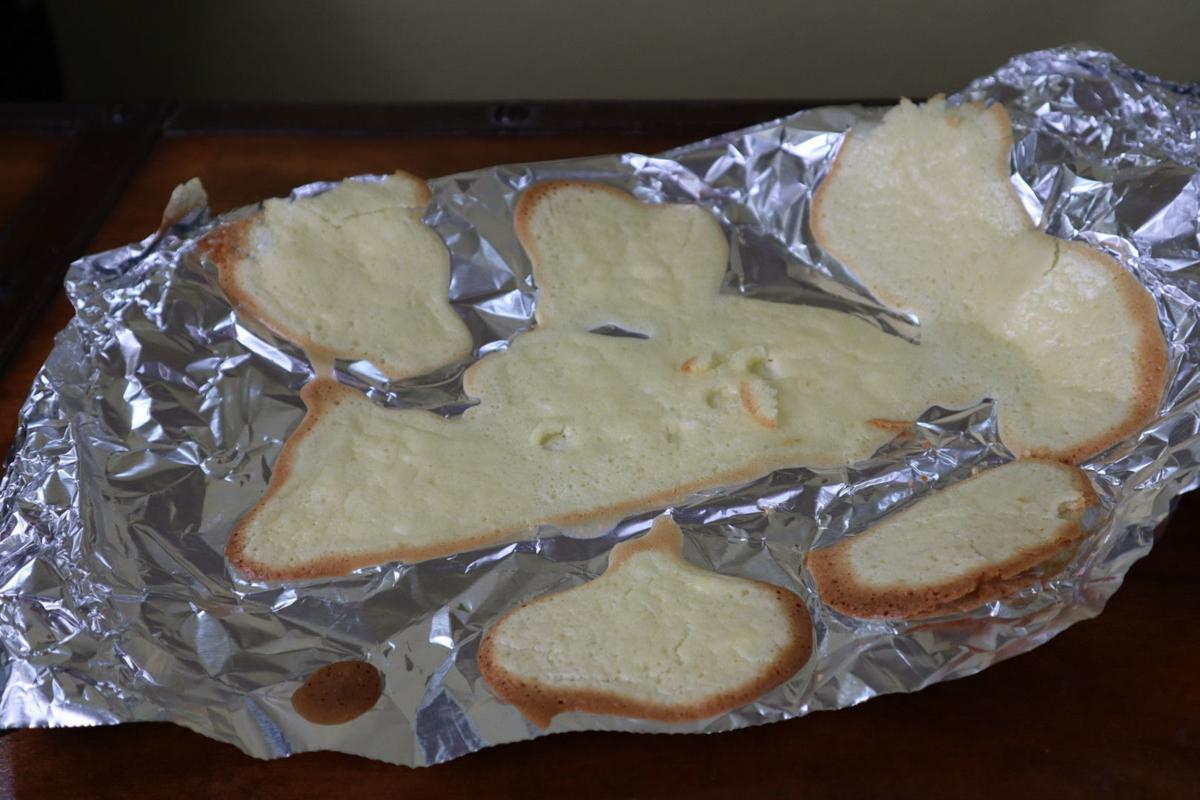 Our first batch of keto cloud bread was not very appetizing.

Our mini chefs, including 7-year-old Colin Villa, were not impressed with our first batch of keto cloud bread.

Although it’s called keto cloud bread, this recipe is a fun egg dish.

Our first batch of keto cloud bread was not very appetizing.

A combination of low-carb, high-fat foods, it generally eliminates sugar and items like bread and some veggies that are high in carbohydrates. High-protein foods like eggs, poultry and lean meats make up the bulk of the foods on many keto-based eating plans.

The combination of low-carb, high-protein does often lead to quick weight loss as well as other benefits like lowered blood sugar, making the diet popular with those with type 2 diabetes.

But the elimination of bread and carbs from the diet can make the eating plan tough to stick with.

When we saw a recipe for a no-flour keto bread online on a website called Low Carb Yum, it sounded so good we had to try it.

In the kitchen with me while I gave the recipe a try were three area kids — Matthew and Colin Villa and Kenny Swoboda, all students in the Casa Grande Elementary School District.

Matthew, a middle school student, hopes to be a chef someday and was a big help with this particular recipe as he’s pretty skilled at whipping egg whites. He’s on Instagram under Chef Matthew 07.

The recipe for keto cloud bread was easy. It involves separating the eggs and whipping up the whites with a little bit of cream of tartar, then mixing the yolks with cream cheese and salt and folding the yolk mixture in with the whites.

We followed the video online. Our first batch completely melted and stuck to the pan. For the second batch, we baked the mixture in mini muffin tins and had much better results. For a third batch, we added a handful of shredded cheddar cheese.

The second and third batches were very good. The kids all gave the recipe high marks. But each batch had the texture and taste of an egg, not a bread, so for me, using it as a bread replacement isn’t likely, but it’s a great egg dish and would work nicely for a brunch or breakfast.

Separate the eggs with whites in one bowl, yolks in another.

Add the cream cheese and salt to the yolks. Blend well with an electric mixer.

Sprinkle cream of tartar on the egg whites if desired. Whip with a clean electric mixer until very stiff.

Using a spatula, gradually fold the egg yolk mixture into the white mixture. Try not to break down the egg white.

Spoon 6 mounds of the mixture onto the prepared baking pan. Flatten each mound slightly.

Bake for about 25-30 minutes. Do not over-bake or they can become crumbly.

Cool in the baking pan for 3-5 minutes, then transfer to a cooling rack.

To keep soft, store them in a big zipper bag. Storing in the refrigerator or freezer keeps them fresh longer.

CASA GRANDE -- In our house, we’ve been missing our favorite local pizza restaurant and its signature dessert, pizookie, a gooey chocolate chi…

CASA GRANDE -- It’s been years since I’ve been to a Taco Bell restaurant, but when someone asked me recently to experiment with a few Taco Bel…