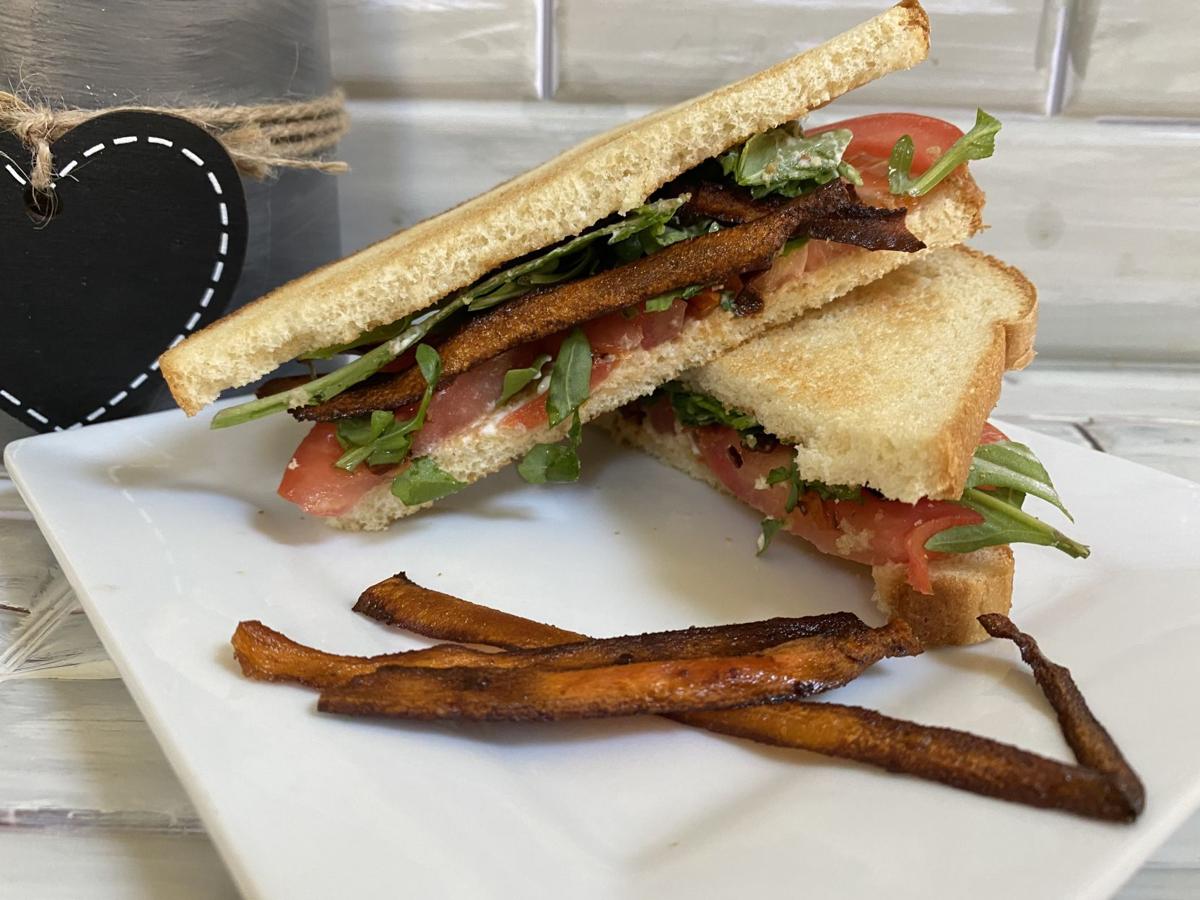 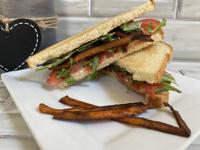 Carrot bacon worked well as the star ingredient in a vegan BLT. 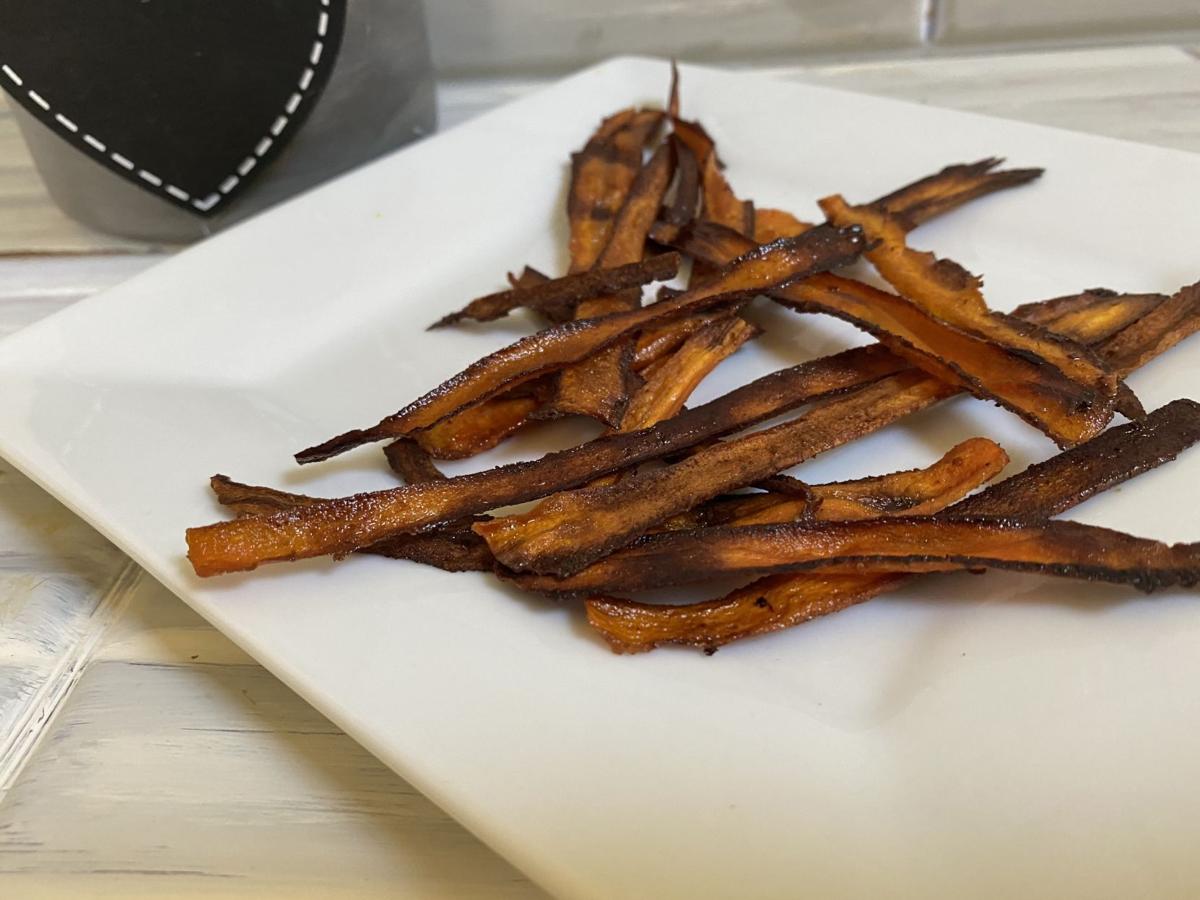 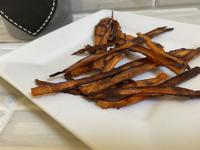 If you make carrot bacon, don't plan on fooling anyone into believing it's the real thing.

Carrot bacon worked well as the star ingredient in a vegan BLT.

If you make carrot bacon, don't plan on fooling anyone into believing it's the real thing.

CASA GRANDE -- This article has to begin with a warning. If you plan to make carrot bacon — a trendy, vegan alternative to bacon — don’t expect to fool anyone into believing it’s actually bacon.

Like other vegan bacon alternatives — or faux bacon — carrot bacon is quite tasty, but nothing like the real, meat-based product.

Carrot bacon is exactly what it sounds like, an alternative to bacon made with long, thin strips of carrots that have been dipped into a marinade that aims to give them a bacon-like flavor. After they are cooked, the crispy strips have a smokey hint from the sesame oil (liquid smoke can also be used) combined with a salty-sweet flavor you’d expect in bacon.

Carrot bacon recipes have been trending lately on the internet along with a few other faux bacon techniques.

Most recipes include liquid smoke to give the carrot bacon’s typical smokey flavor. But for those who prefer to not use liquid smoke, alternatives include smoked paprika, chipotle powder, smoked salt or smoked tea. The recipe I used when making carrot bacon called for sesame oil combined with maple syrup.

There is nothing technically difficult in making carrot bacon, but cooking these thin little strips does require paying close attention. My first batch of carrot bacon burnt to a crisp, even though I was following the suggested cooking times.

My second batch came out perfectly, but I carefully monitored them as they cooked to make sure they didn’t burn. Most recipes call for flipping the strips about midway through the cooking process, but I skipped this step and my faux bacon cooked evenly on both sides.

Sesame oil can also become bitter when it burns, giving the carrot bacon a not-so-appealing flavor if it is overcooked.

Taste-wise, the carrot bacon was pretty good and is a nice alternative to bacon for those who aren’t too picky. The long thin strips had a nice bit of crunch to them and a sweet-smokey flavor reminiscent of real bacon.

Carrot bacon is a great ingredient for a vegan BLT sandwich.

When layered with sliced tomatoes, baby arugula lettuce and a light smattering of vegan mayonnaise between slices of bread, carrot bacon adds the texture and crunch anyone would expect from a BLT and is probably a bit healthier.

They are also delicious as a crispy, crunchy snack or crumbled into a salad.

For those who don’t like carrots but still want to try a plant-based bacon alternative, other varieties of faux bacon can also be made with zucchini, mushrooms or parsnips. Some recipes call for using banana peels — yes, the part of the banana you normally throw away — as the main ingredient in faux bacon, but I haven’t tried that one yet.

In a bowl, whisk together mustard, soy sauce, maple syrup and sesame oil.

Using a vegetable peeler or mandoline slicer, carefully slice carrots into long thin strips, ensuring that they are as uniform as possible in thickness.

Dip carrots into marinade and place on a lined baking sheet.

Bake at 400 degrees for about 7 to 8 minutes, watching carefully and adjusting time to ensure that carrots are crisp but not overcooked.

To cook in the air fryer, set device at 380 degrees and cook for about 5 minutes.