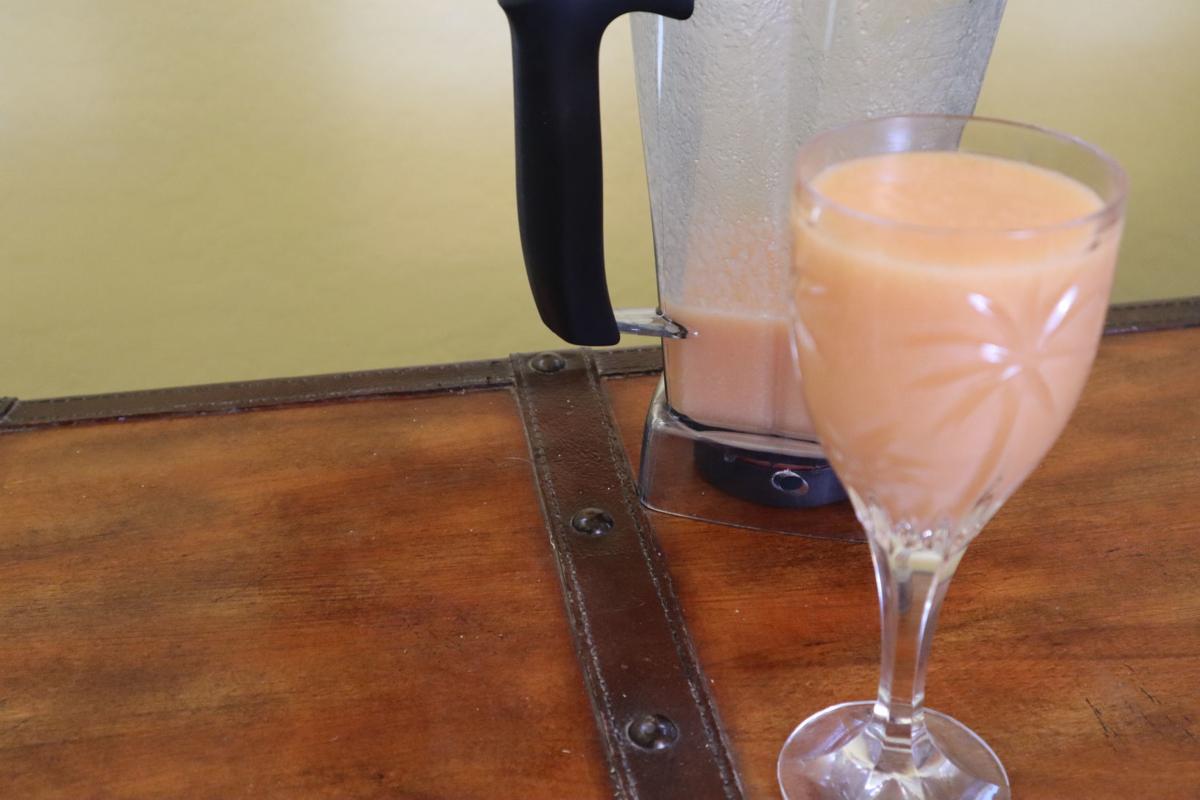 Blending papaya into a milkshake is a great way to get the nutritional advantages of the fruit. 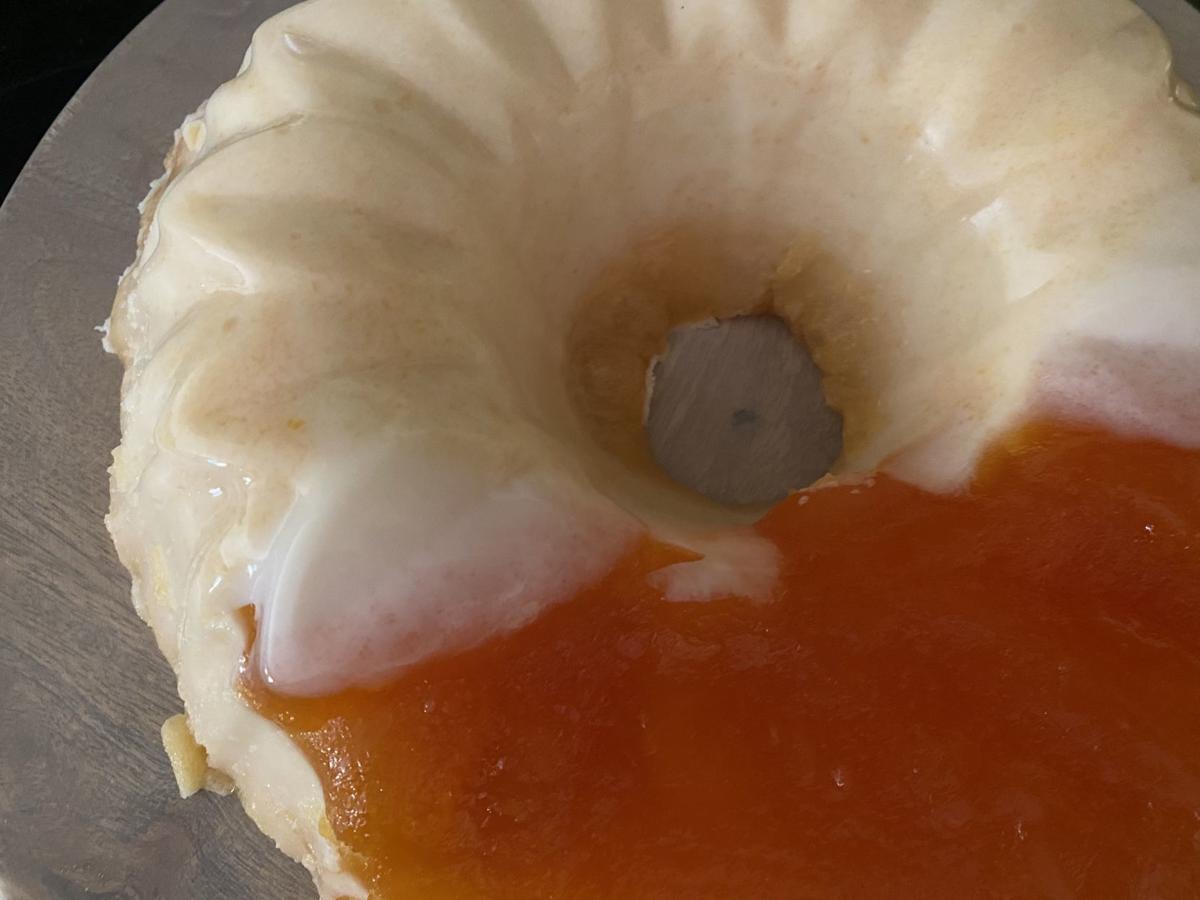 Perhaps the gelatin ratio was off, but my papaya jelly cake didn’t look anything like the one in the video I was following. | Watch a video online at www.PinalCentral.com. 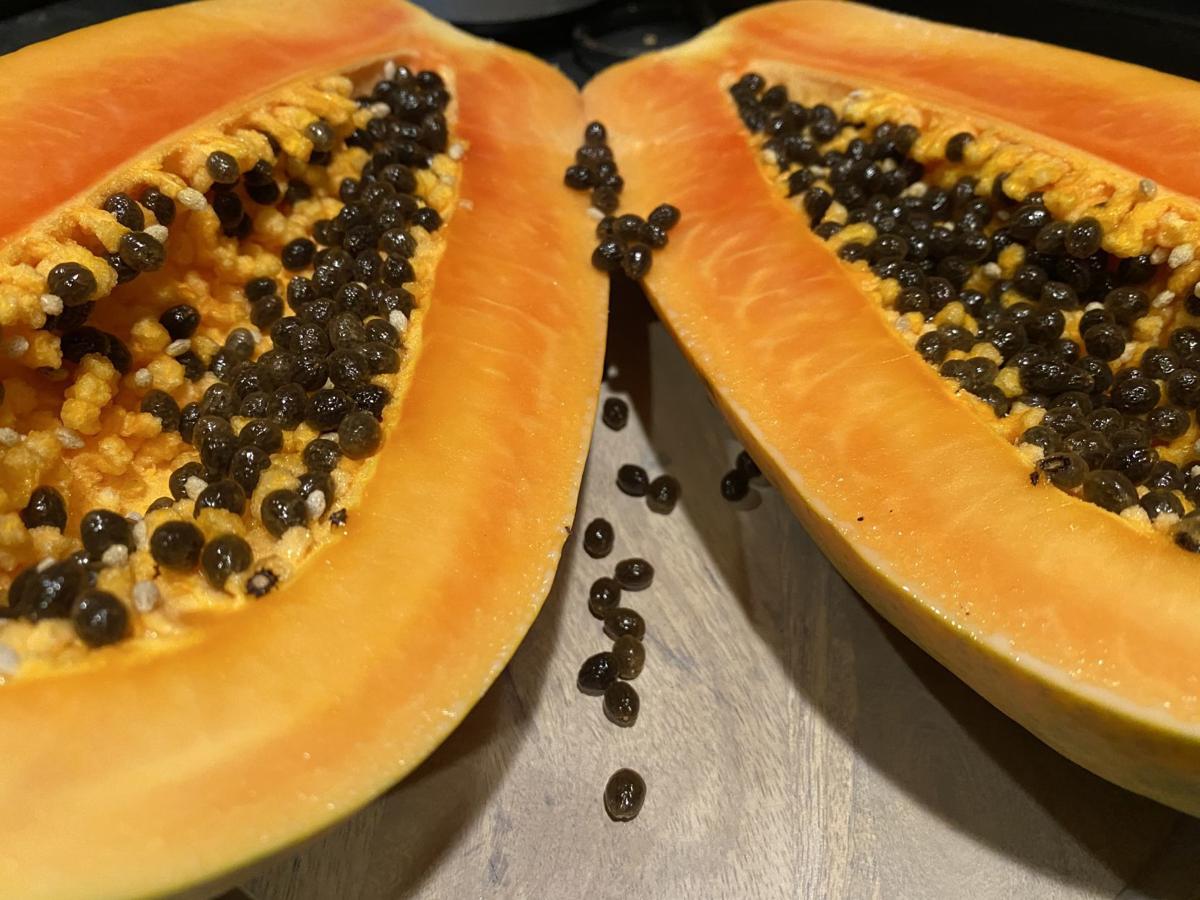 Blending papaya into a milkshake is a great way to get the nutritional advantages of the fruit.

Perhaps the gelatin ratio was off, but my papaya jelly cake didn’t look anything like the one in the video I was following. | Watch a video online at www.PinalCentral.com.

CASA GRANDE -- According to legend, Christopher Columbus once called papayas the “fruit of angels.” And who could blame him?

Soft, sweet and easy to eat, papayas are a versatile fruit loaded with flavor and an abundance of nutrients including vitamins A and C as well as fiber, folate, magnesium, potassium and other good stuff. Papaya is also rich in papain, an enzyme that aides in digestion.

So when Simple or Not Kitchen ran across an online video for papaya jelly cake — a gelatin dessert featuring a papaya mixture set atop a sweet cream gelatin — it seemed like an easy one to try. The recipe was found on the Pinoy Cooking Recipes website and looks beautiful in the video.

Reporters Maria Vasquez (Eloy, Arizona City and sports) and Suzanne Adams-Ockrassa (Casa Grande reporter) visited the Simple or Not Kitchen to give this recipe a try.

The recipe directions were easy to follow, although we didn’t get the results we had hoped for.

Our gelatin did not set and did not turn out anything like the jelly cake on the website. Eventually, we realized that the error was mine, not the fault of the recipe or the website. The recipe calls for 2 packets of unflavored gelatin powder, 25 grams each. After the gelatin didn’t set, we realized the packets of gelatin I was using were only ¼ of an ounce — struggling with the ounces to grams conversion, we simply weren’t using enough gelatin.

But in an effort to save the ingredients and not admit defeat, we turned our unset gelatin dessert into an easy papaya milkshake by blending the papaya mixture with a little bit of coconut milk, almond milk and ice cubes. The result was delicious.

Eventually I did rework the papaya jelly cake recipe using about four packets of gelatin on the top and another four on the bottom mixtures (eight packets each) and the gelatin did set. The resulting dessert was very good taste-wise, but visually, it was far from the perfect-looking dessert on the website as half of the cream mixture sank into the fruit mixture, creating half-white, half-orange jelly cake, probably because I still wasn’t using enough gelatin. It’s always the math that gets me in the end.

The recipe on Pinoy Cooking Recipes website does include a statement urging those following the recipe to pay attention to the gelatin dilution for those using a gelatin brand other than the one used in the recipe.

Aside from converting the grams to ounces and getting the gelatin amount correct, the recipe is easy to follow and the jelly cake is delicious. And both Vasquez and Adams-Ockrassa seemed to approve of both the papaya milkshake and the jelly cake. Readers can see Vasquez and Adams-Ockrassa chopping papaya, whisking ingredients and sipping the milkshake in the attached video.

Below are the recipes for Papaya Jelly Cake and the papaya milkshake.

Prepare about 3 cups sliced fresh papaya. Use a food processor or a blender and pulse until smooth. Makes 1 cup papaya puree.

In a large bowl, stir together 3 cups water, 1 pack gelatin powder and 1/2 cup sugar. Mix until gelatin and sugar are dissolved.

Add papaya puree. Stir until well combined. Transfer into a cooking pot and turn heat to medium. Cook the mixture while stirring continuously until steaming hot (not boiling). Transfer into a pan or molder. Let it cool to set. (A bundt pan is suggested.)

In a bowl, stir together 2 cups water, 1 pack gelatin powder and 1/4 cup sugar. Mix until gelatin and sugar are dissolved.

Add evaporated milk, condensed milk and cream. Mix until well combined. Transfer into a cooking pot. Turn the heat to medium and cook the mixture while stirring continuously until steaming hot (not boiling). Pour over the cooled papaya layer.

Cool completely and refrigerate for at least 4 hours.

Place all ingredients in a blender and blend until smooth. Serve immediately.

Have you seen an online cooking video that you’d like for Simple or Not Kitchen to try? Or have you tried a recipe you’ve seen on PinalCentral? If so, send us an email at mstaude@pinalcentral.com or call us at 423-8610.

CASA GRANDE -- In our house, we’ve been missing our favorite local pizza restaurant and its signature dessert, pizookie, a gooey chocolate chi…