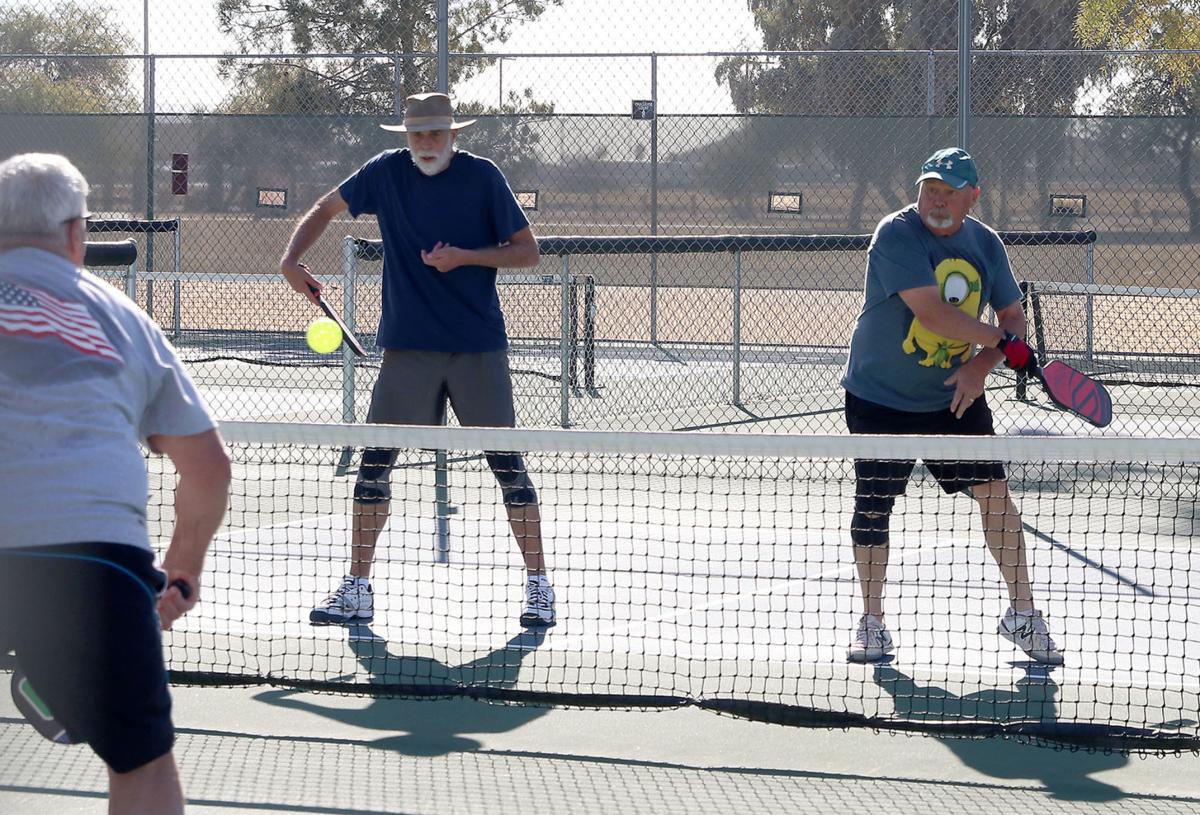 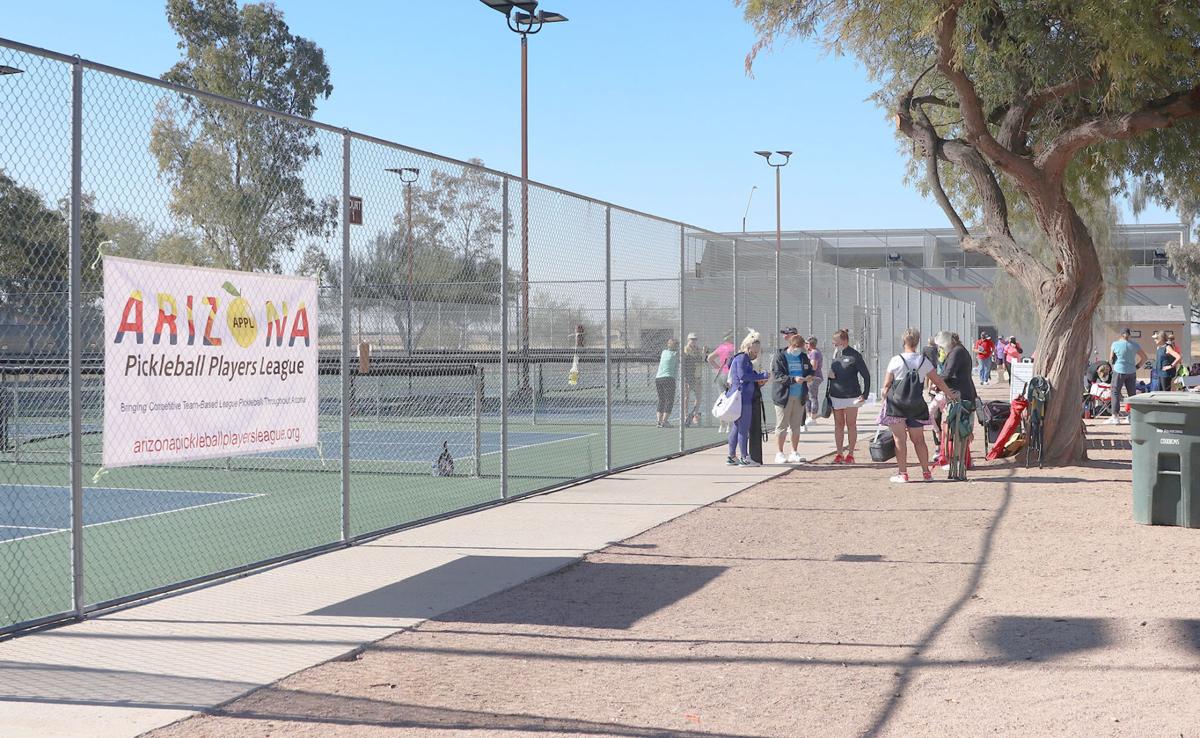 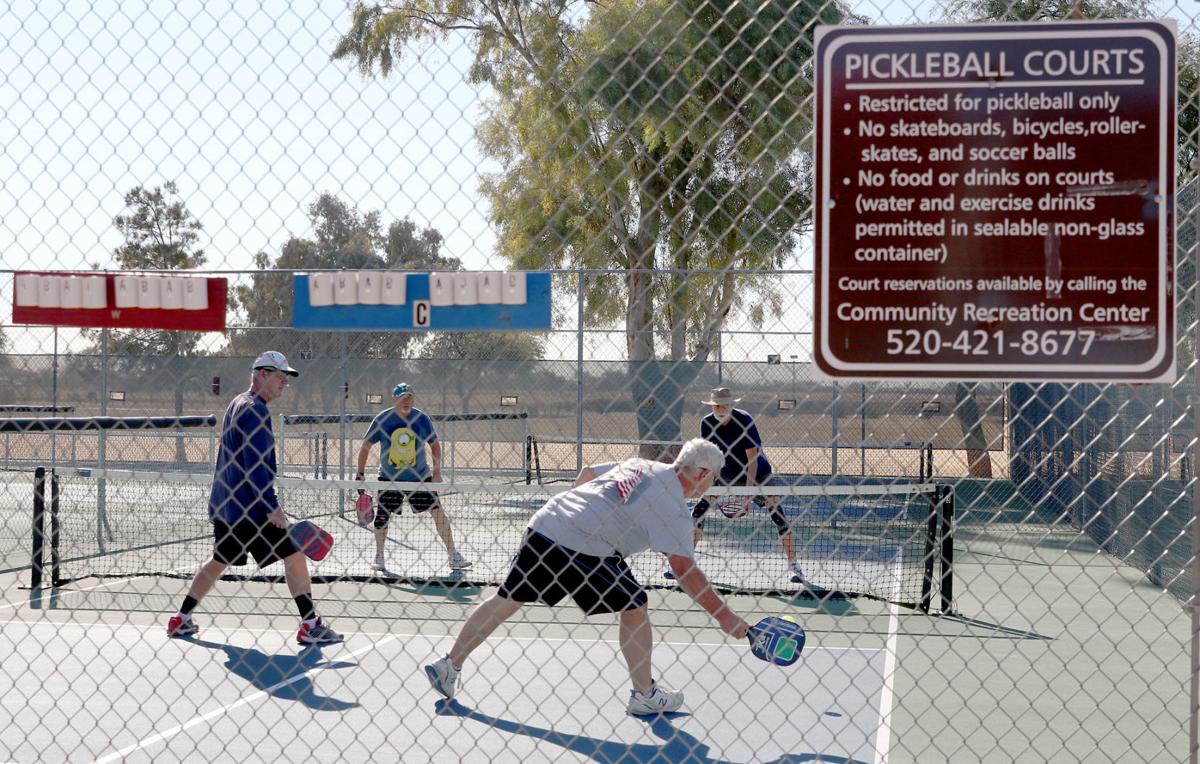 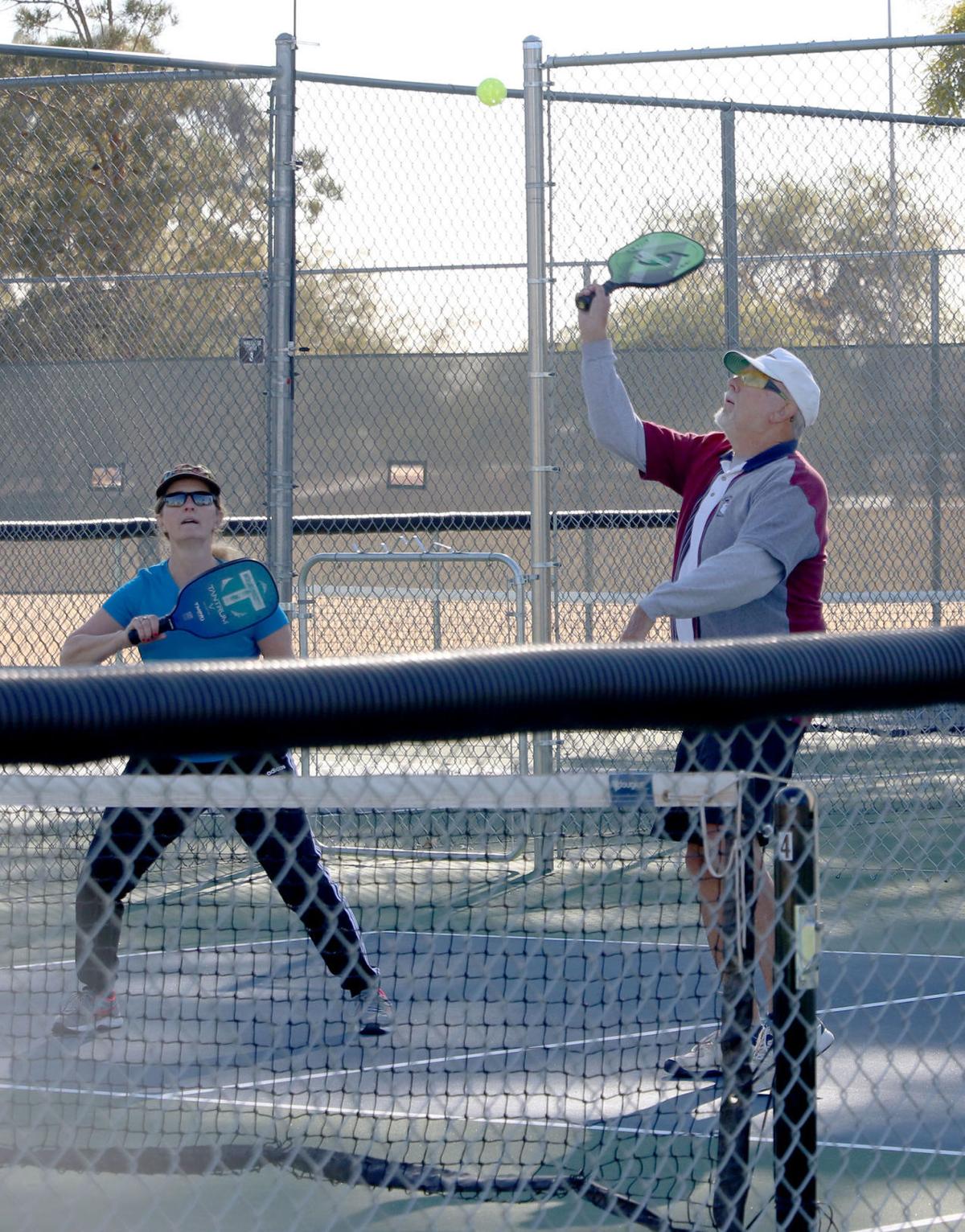 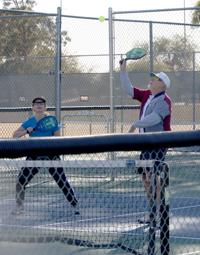 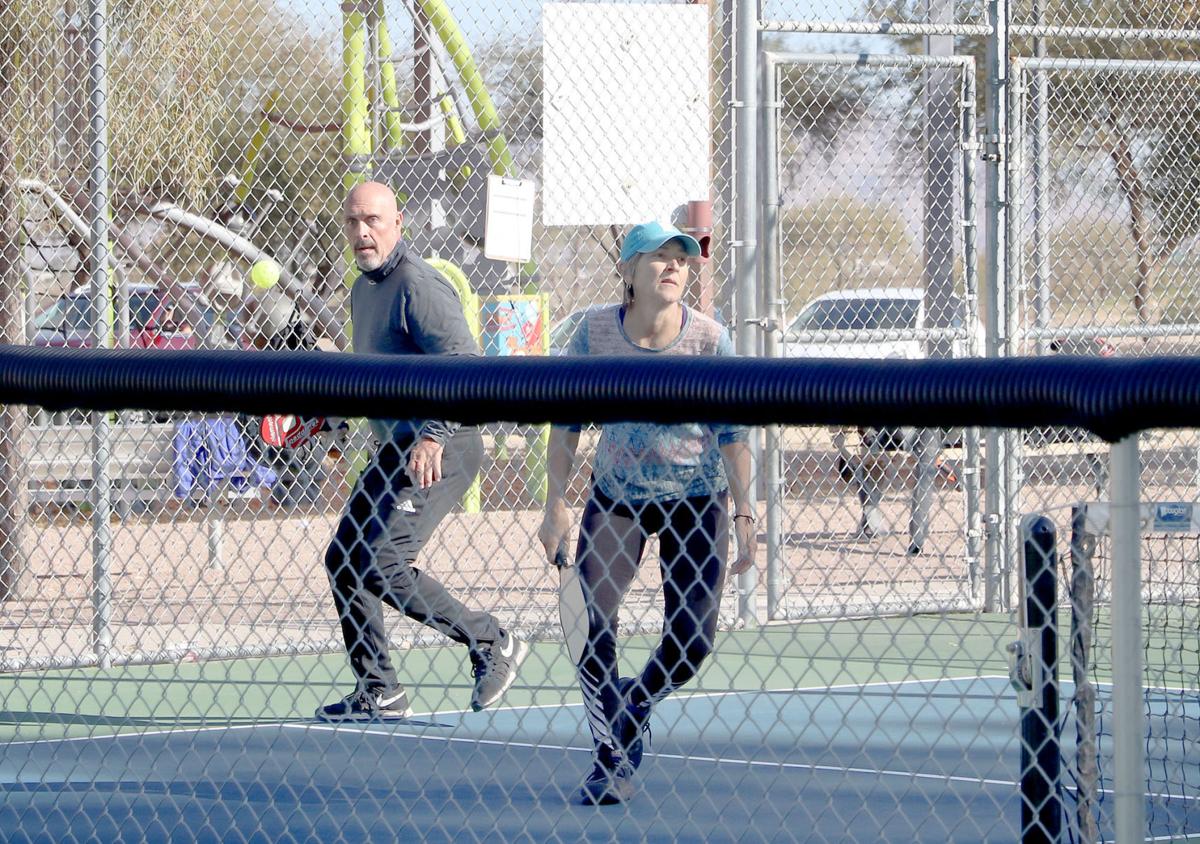 CASA GRANDE — Most sports slowed down at some point during the COVID-19 pandemic, but pickleball has continued to grow in popularity.

While many of the retired living communities like Palm Creek Golf & RV Resort and Robson Ranch have their own pickleball activities, everything comes together at Dave White Regional Park, where pickleball enthusiasts can play competitively in the Arizona Pickleball Players League or they can learn the basic skills needed to play the game.

Kurt Bauer is the organizer for the beginner pickleball classes that are held at 5:30 p.m. every Monday at Dave White Park.

“These are basic classes,” Bauer said. “We’re just going to teach you how to do the basic shots. There are four or five basic shots, there’s the return and serve, the drop shot and the dinking. We’re just trying to make it a social game, we’re not trying to get anybody so they can go pro or go to the tournaments.”

Bauer added that tournament players will help out with teaching the basics.

The classes will allow beginning pickleball players to gain confidence and skills that will allow them to string together more shots in each rally, rather than just hitting the ball two or three times before it goes out of play.

“Nothing but simple shots,” Bauer said. “Just keep them patient and keep them safe. We teach them not to back for a ball and if you do, we show you how to do it without backing up, we do a pivot shot.”

Anyone can show up for the beginner classes even if they do not have pickleball gear, as some paddles are available.

For those who already have the basics down and want to play competitively, there is the Casa Grande Region in the Arizona Pickleball Players League, which kicked off its inaugural season last year.

The first-ever regional playoffs between the Casa Grande Region and the East Valley Region were set for March 2020, but the pandemic canceled the playoff event.

This season, the league expanded to include the Tucson and West Valley areas.

Tom Lilly, one of the league coordinators, told PinalCentral that before COVID-19, all 12 courts at Dave White Park would be used at the same time, but now only nine are used to spread out the different matches.

Along with having limited players on the court, those that are on the outside waiting for their turn or watching the action should be wearing a mask when not on a court.

Disinfecting spray is available on every court that is being used and the balls are disinfected after every game and new balls are used for the next game.

“We’re trying to keep the COVID thing down,” Lilly said. “So far we’re doing good. People are being pretty mindful, and we tell them every time when we’re out here to follow the rules. The city has been very gracious in allowing us to use these courts as long as they know we’re following COVID rules, we can do this. Everybody wants to play; these are all retired people, and they don’t want to sit at home.”

APPL is a team-based league but individuals can still join by filling out the registration form on the league’s website.

“A lot of times people will ask what’s APPL?” Lilly said. “It’s a lot of word of mouth. This is just an addition to the stuff (Bauer) and all the other groups have going on. It’s worked really well and we’re getting new people all the time. It’s an aggressive thing that continues to grow. It’s good for the city and it’s good for the people in the community and it’s just all-around good.”

Lilly added that pickleball is a sport for all ages, it just depends on the person’s availability. While most events take place during the day, as the retirees come out to play because they no longer have to work, the younger generations can still come out in the evenings and weekends for some pickup games.

“That’s what’s nice about it,” Lilly said. “You can find people, pick up a game and learn. People are really friendly, they’ll spend time with you.”