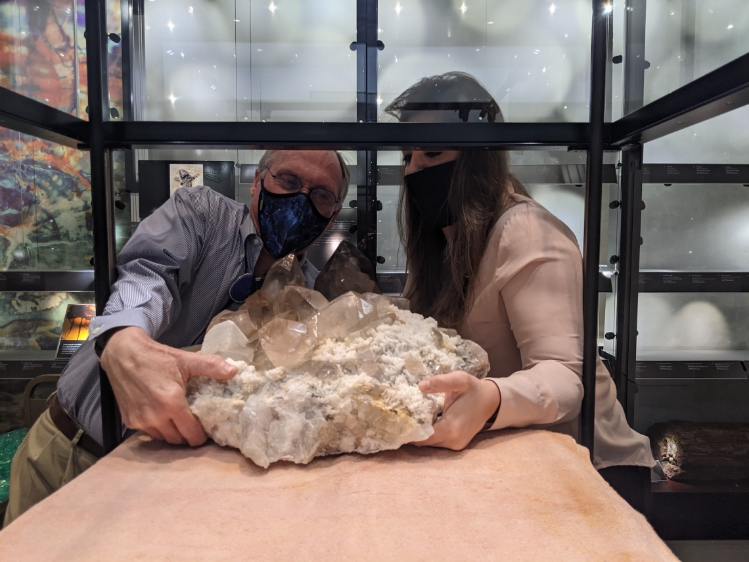 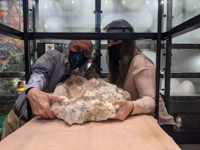 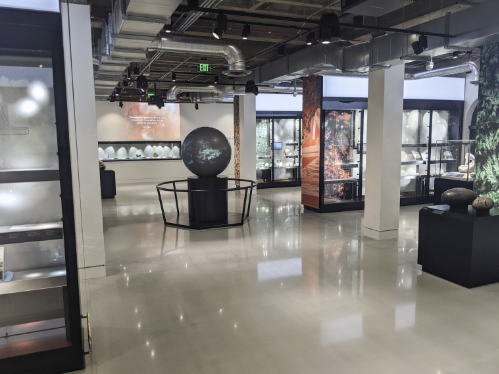 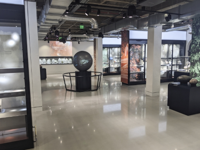 The new museum, at the historic Pima County Courthouse in downtown Tucson, will display more than 2,200 gems and minerals.

TUCSON -- The University of Arizona Alfie Norville Gem & Mineral Museum is one step closer to opening, with the buildout and renovation of its space at the historic Pima County Courthouse in downtown Tucson now complete.

The new 12,000-square-foot facility will display more than 2,200 gems and minerals from collections held by the University of Arizona and loan partners. The museum's three main galleries and new showcases will focus on the evolution of minerals, minerals native to Arizona and Mexico, gemstones, jewelry and gem science. Visitors of all ages will be able to take part in hands-on, interactive activities.

While an opening date for the museum has not yet been determined, the University of Arizona is working closely with Pima County to be able to safely open the facility to the public this year. Alfie Norville Gem & Mineral Museum

"The vision of creating a world-class gem and mineral museum in the heart of Tucson has reached a significant milestone. The exhibit buildout is complete, and we are in the final stages of populating all exhibits and look forward to welcoming the public when safe to do so," said Eric Fritz, manager of the museum.

With the buildout and renovation complete, museum staff are now working on completing exhibits and displays. While an opening date for the museum has not yet been determined, UA is working closely with Pima County to be able to safely open to the public this year.

The museum has also been working with the University of Arizona Foundation to raise funds to help with opening costs. A crowdfunding campaign is live until Feb. 23 and has already reached an initial goal of raising $5,000 in the first week. The campaign's total goal is $10,000. Any additional funds raised beyond that will be matched dollar for dollar, up to $5,000, by an anonymous donor at the end of the campaign. To date, the campaign has raised $7,059 of its $10,000 goal.

The Alfie Norville Gem & Mineral Museum is named for the late Alfie Norville, a co-founder of the Gem and Jewelry Exchange show that runs during the annual Tucson Gem, Mineral & Fossil Showcase. An initial gift by the Norville family made it possible for the renovation and the move of the mineral museum from the UArizona campus to downtown Tucson.

Selena Valencia is with the Alfie Norville Gem & Mineral Museum. She can be reached at selenavalencia@arizona.edu or 520-621-7320.