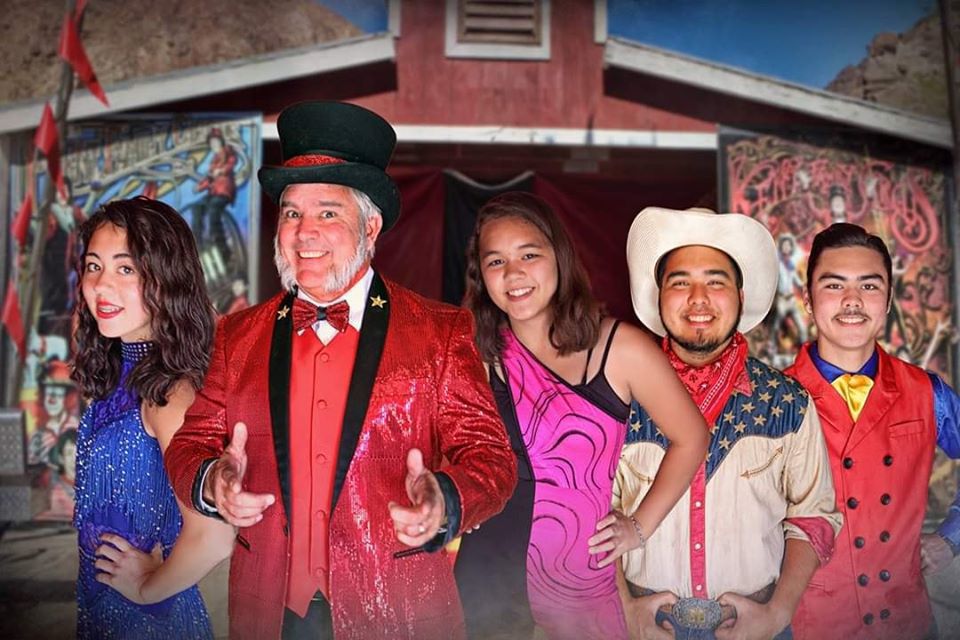 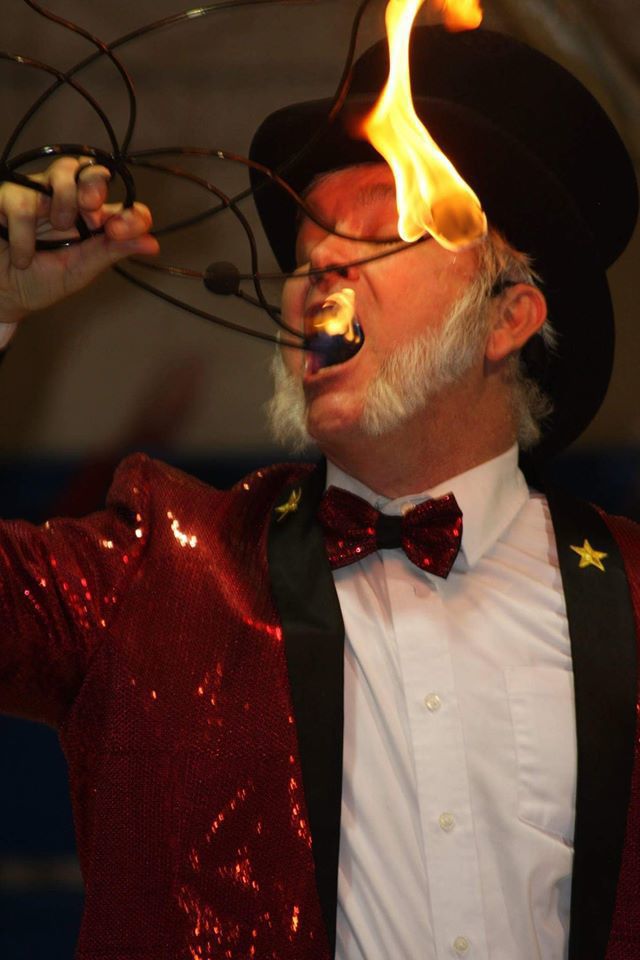 The circus has a fire element.

The circus has a fire element.

ELEVEN MILE CORNER — A circus is coming to the Pinal County Fair but this is not your run-of-the-mill circus.

The Kent Family Magic Circus will be offered every day of the fair. The circus is a nationally touring show filled with some very unusual acts.

The Kents’ motto is “Our hope is, as we travel from state to state, event to event, venue to venue, that we bring a little entertainment, a little happiness, a little joy and a lot of love into the lives of everyone we meet.”

The Kent Family Magic Circus is made up of a real family — the Kents, who live in Kentucky and perform around the nation all year. The shows include magic, illusion, juggling, fire, cowboy-western, amazing hula-hooping, trapeze, arial silk, cloud swing, lobe of death, robots, mascots, balancing, a poodle act and a pig act.

“We aren’t normal — we can never be accused of that,” said Victor Kent, owner and leader of the Kent Family Magic Circus. “I started years ago as a magician. I had seven children and as each of them was born, they came in as magician’s assistants.”

He said as the children got older they met other performers like jugglers, clowns and tightrope walkers. The children developed their own acts through time.

“These people gave them tips,” he said. “Some of them are famous and some not famous. They have influenced the kids. We noticed we didn’t have just a magic show anymore. It resembled a circus.”

Vaudeville is also incorporated into the circus.

“It crossed into a vaudeville magic circus kind of thing. I even own the name VaudeaPlooza,” Kent said.

At one time all seven children were performing actively with the show but currently five are touring.

At the Pinal County Fair, acts will include magic, juggling, a poodle act, a 14-year-old who balances things like wheelbarrows and a grill, hula hoops, the machete ladder, broken glass and Legos walking, bullwhipping and lassoing and an amazing fire act.

“Everything I just mentioned — add fire to it,” Kent said. “The whole circus is my family. From time to time we’ve had guest performers but no more than one or two and usually they are relatives of some sort.”

“We do use a lot of audience interaction. We also have a small curio show. We have six to eight items of strange things. One of them is a two-bodied, one-headed pig. Not like the two-headed pigs that you see all of the time. It’s weird,” Kent said.

The Kent Family Magic Circus will be performing every day of the Pinal County Fair, Wednesday to Sunday.