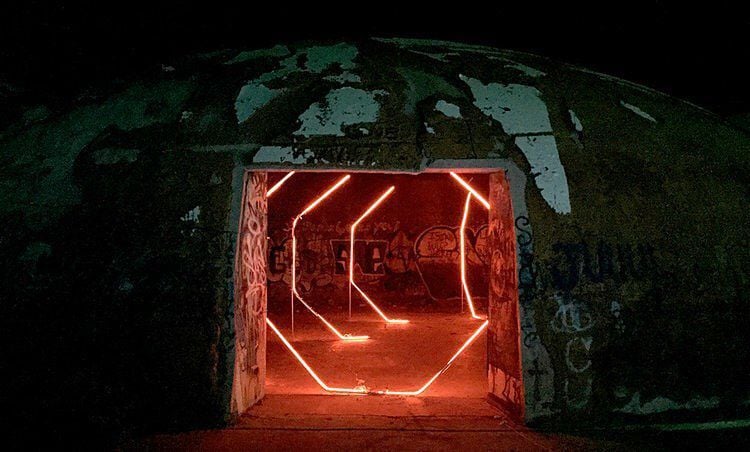 For an upcoming drone racing event at the Casa Grande domes, drone pilots will maneuver their flying device through a lighted track that runs through three of the domes at the site. 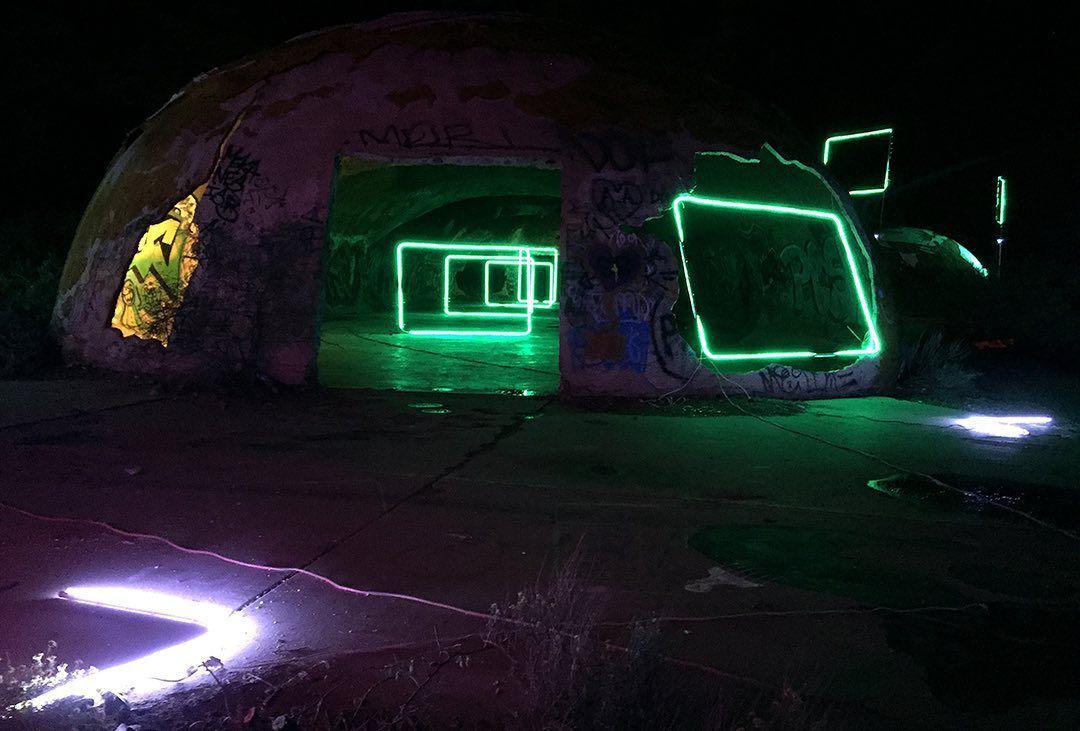 A lighted track for drones will run through three of the four dome structures. 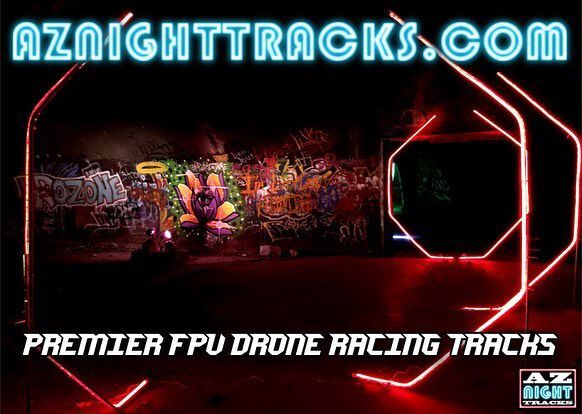 For an upcoming drone racing event at the Casa Grande domes, drone pilots will maneuver their flying device through a lighted track that runs through three of the domes at the site.

A lighted track for drones will run through three of the four dome structures.

CASA GRANDE — A Phoenix-based night drone racing group is offering its members a hauntingly good time at an upcoming event at the Casa Grande domes.

The private club event features drone racing on a lighted LED course with images captured by drones as they maneuver the track, zipping in and out of the abandoned dome structures, projected onto a jumbotron screen for viewers to see.

“This is the second time we’ve done this event at the Casa Grande domes,” said Chris Mason, founder of AZ Night Tracks and a drone pilot. “Our members love racing there.”

The club has the permission of the property owner to stage the event at the domes, he said. Those taking part in the event will be asked to stay out of the dome structures as much as possible and will be required to sign a waiver.

In 2018, the club held a Halloween-theme event at the domes and Mason said attendees loved it.

“We have members who can’t wait to go back,” he said.

Group members enjoy the lore and ghost stories that surround the domes, making it a fun place to host a Halloween inspired event, he said.

“We had one teen pilot with us who was so scared, but it was a fun scary,” Mason said.

While more than 200 people attended the event in 2018, this year, attendance will be limited to 50 ticket holders and club members, who are registered drone professionals and hobbyists.

“Because of COVID, we have to keep it small,” he said. “We’re not really advertising it and it’s not a public event. Spectators can come out and watch but only if it doesn’t get too crowded.”

Mason co-founded AZ Night Tracks with a friend several years ago to provide lighted tracks for drone enthusiasts to fly at night.

The group regularly travels to different parts of the state to host nighttime races with its own specialty lighted track. Last year’s Halloween event was held in Yuma.

“We like to go to abandoned places like the domes,” Mason said. “It makes for an exciting event.”

For the event at the domes, part of the lighted track will traverse through the first three of the four dome structures. The fourth dome in the back of the series of structures will be off limits.

Among the specialty elements to the lighted track is a new feature that Mason calls the “swinging gauntlet,” which consists of an ax swinging back and forth. Drone pilots will be required to maneuver their device through the gauntlet without being struck by the ax.

“It’s harder than you think flying through there,” Mason said. “It’s an adrenaline rush for sure.”

The event, which celebrates one member’s 50th birthday, is advertised as “a once in a lifetime” event. Music will be provided by a DJ.

While temporary restroom facilities will be on site, no food vendors will be available. Attendees must bring their own food and supplies.

Only campers registered with the group will be allowed on site.

The Domes, abandoned concrete structures near Interstate 8 and Thornton Road, were built in the 1980s as an electronics manufacturing facility. Between the unique construction style and a series of tunnels running beneath, the facility has an unusual echoing quality. Now crumbling and falling apart, they’ve been condemned and Pinal County ordered them torn down several years ago. However, they remain standing.

The event and others like it help to promote the sport of nighttime drone racing, an activity each member of the group is passionate about, Mason said.

“It’s going to be amazing,” Mason said. “These events bring people together for an event that’s a lot of fun.”

For more information about the event or about AZ Night Tracks, visit the website www.aznighttracks.com.