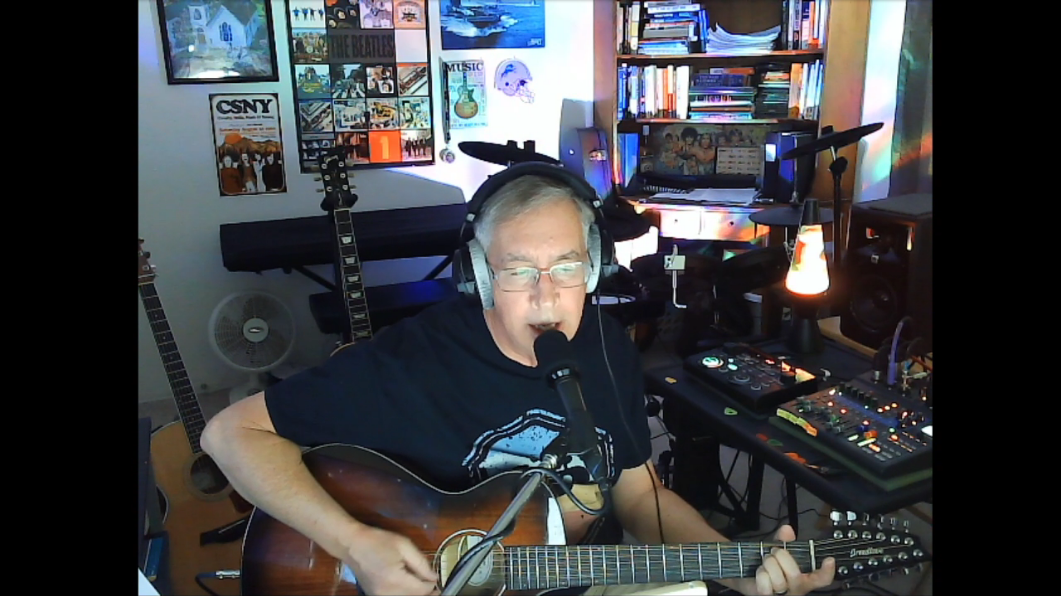 William “Bill” Guerriero creates one of his music videos for Twitch.tv under his solopainkiller label. 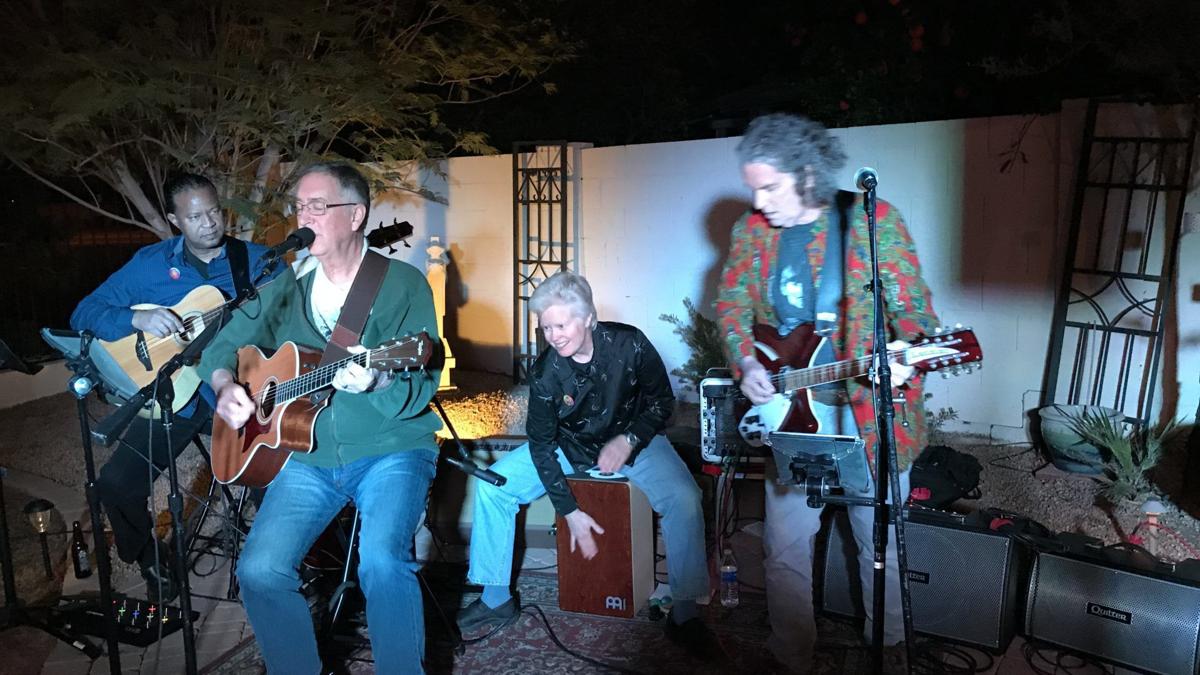 Bill Guerriero, in the green shirt, perform with Dr. Ron and the Painkillers. 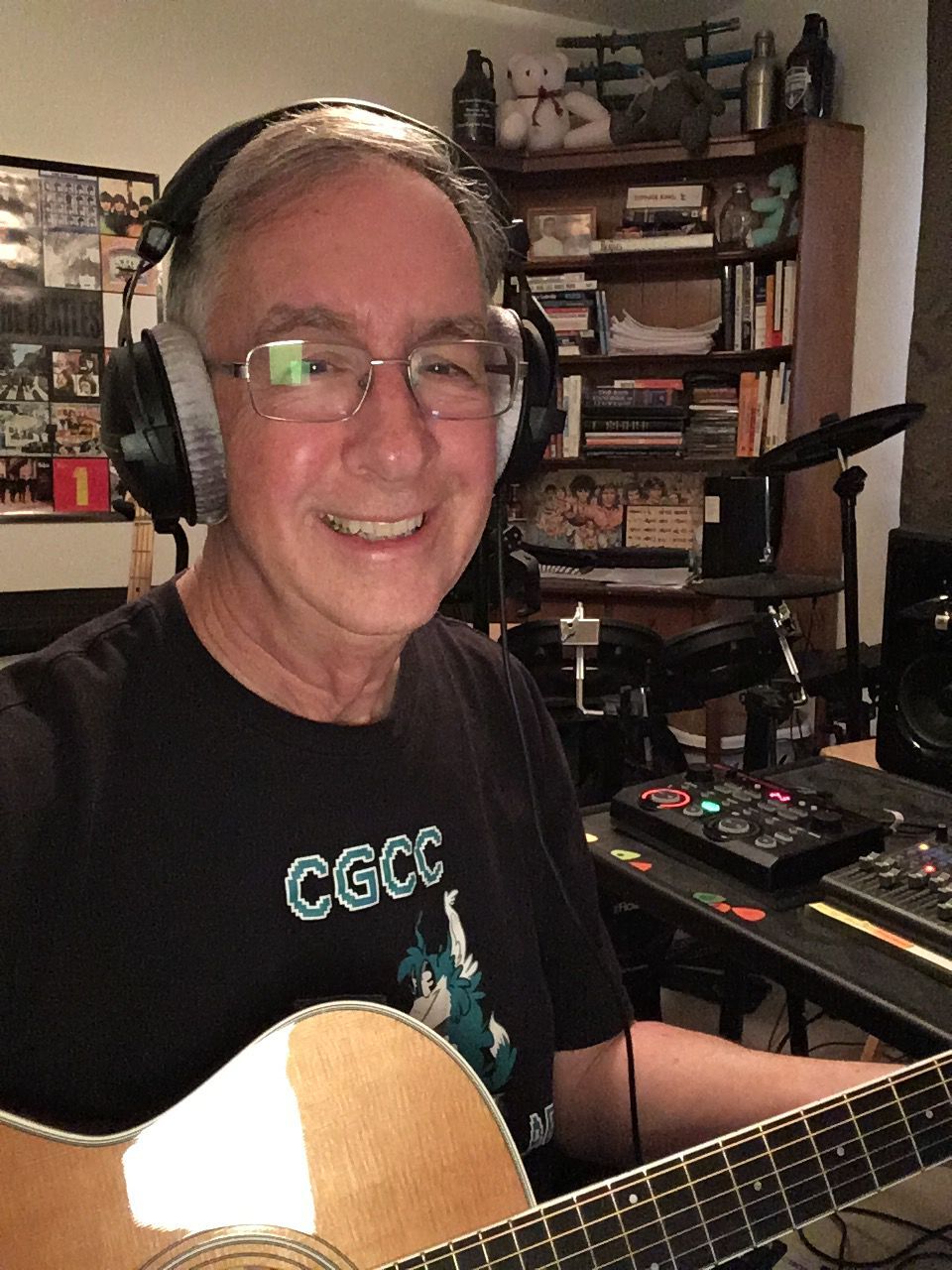 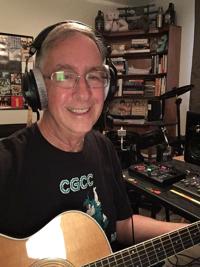 William “Bill” Guerriero creates one of his music videos for Twitch.tv under his solopainkiller label.

Bill Guerriero, in the green shirt, perform with Dr. Ron and the Painkillers.

CASA GRANDE -- For Casa Grande resident William “Bill” Guerriero, 69, music is meant to be a social experience and a way of connecting with others.

Each week since about the start of the COVID-19 pandemic, Guerriero has tuned into his Twitch.tv account to record live concerts featuring some of his favorite songs. He’s recorded 46 concerts so far. Each one is about 90 minutes long.

“It’s been a lot of fun,” he said. “It’s a way of connecting with others through music so people feel less isolated.”

Since 2004, Guerriero has played guitar and performed backup vocals with an Ahwatukee-based classic rock cover band, Dr. Ron and the Painkillers.

Most of the members of the band are doctors or have higher education degrees, including Guerriero, who has a doctoral degree in education. While he has long enjoyed performing with the band, he also works full-time as the vice president of academic affairs at Chandler-Gilbert Community College.

When shelter-in-place orders began and the band’s regular performing venues were canceled, Guerriero said he still wanted to perform, sing and play guitar.

“It was tough not being able to get together to perform,” he said. “I started livestreaming to help keep family, friends and colleagues connected during pandemic-mandated confinement.”

His son showed him how to produce Twitch.tv videos. He took out his guitar and under the stage name “Solo Painkiller,” started singing some of his favorites, which include classics from Bob Dylan, The Beatles, Johnny Cash, Deep Purple and even Motown.

“I have a song list of about 250 songs,” he said. “These are all songs that people of a certain generation will recognize. I’ve found that people like to hear the songs they know.”

Each show has a theme and includes trivia and sometimes a story.

His son Joe Guerriero, a Casa Grande resident, sometimes visits and performs drums alongside his father.

Guerriero and his wife have five grown children and all enjoy music, he said.

Each week, anywhere from 50 to 80 viewers tune in, some of them family and friends who live in other parts of the world.

His top video attracted an audience of 86 viewers.

“Many of us live alone while quarantining and his music, jokes, stories and our comments in the chat uplift, comfort and inspire us. He’s committed to uniting us across the miles and keeping us close while we remain apart,” said his sister, Anne Guerriero, who lives in Lansing, Michigan.

Bill Guerriero and his family moved to Arizona from Michigan in 2004. They settled in Casa Grande.

Soon after moving to Casa Grande, Guerriero said he met Ahwatukee-based dentist Ron Walker, who formed the band Dr. Ron and the Painkillers.

Guerriero has been performing with them ever since.

Other members of the band include Cyd Manning on drums and Tom Foster on bass.

The band performs classics that the members grew up listening to, Guerriero said.

“It’s a lot of music from the ’60s and ’70s,” he said. “We play a lot of Beatles, James Taylor and Bob Dylan. We have a classic rock focus but we do some surf music and blues too.”

Live streaming solo has given Guerriero a chance to experiment with a few different styles. On a recent episode, he performed “Over the Rainbow” on a ukulele. He’s also tried a few reggae songs.

Although Guerriero has been playing guitar since the eighth grade — for more than 50 years — livestreaming was new to him at the start of the COVID-19 pandemic.

“I’m no stranger to social media, but I’d never done a YouTube video or done any livestreaming before,” he said.

He purchased a mixing console and a microphone and chose to record on Twitch.tv.

“Twitch is easy to use and it’s easy to access,” he said.

Twitch.tv is designed for livestreamers. It’s often used by video-gamers to stream live play sessions. Unlike YouTube, videos only remain on Twitch.tv for a short period of time.

While Guerriero has produced 46 concert videos so far, only three are on his Twitch.tv site.

After pandemic restrictions end and the band begins performing together again, Guerriero said he hopes to continue livestreaming. He likes that his music brings people together.

“I think the show helps people feel less isolated,” he said. “It’s a way to be connected through music.”

Guerriero’s Twitch.tv account is found under “solopainkiller.” Dr. Ron and the Painkillers are online at painkillermusic.com.