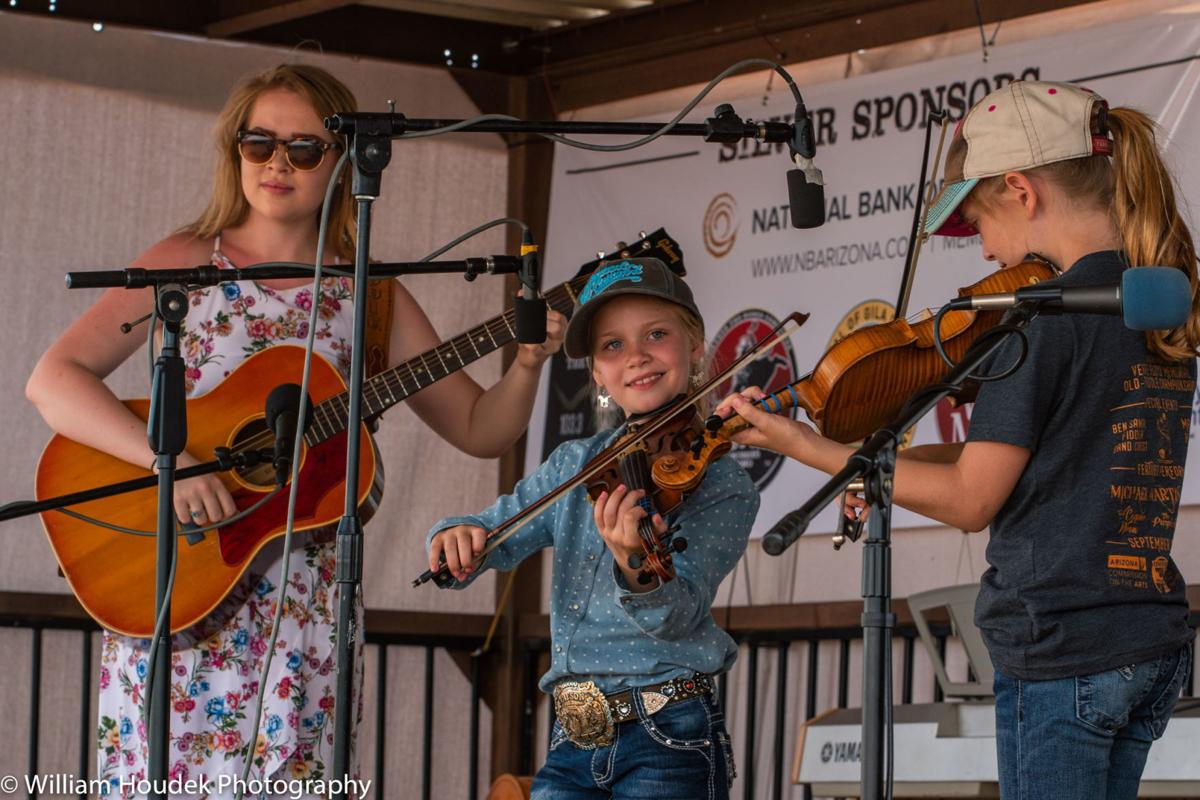 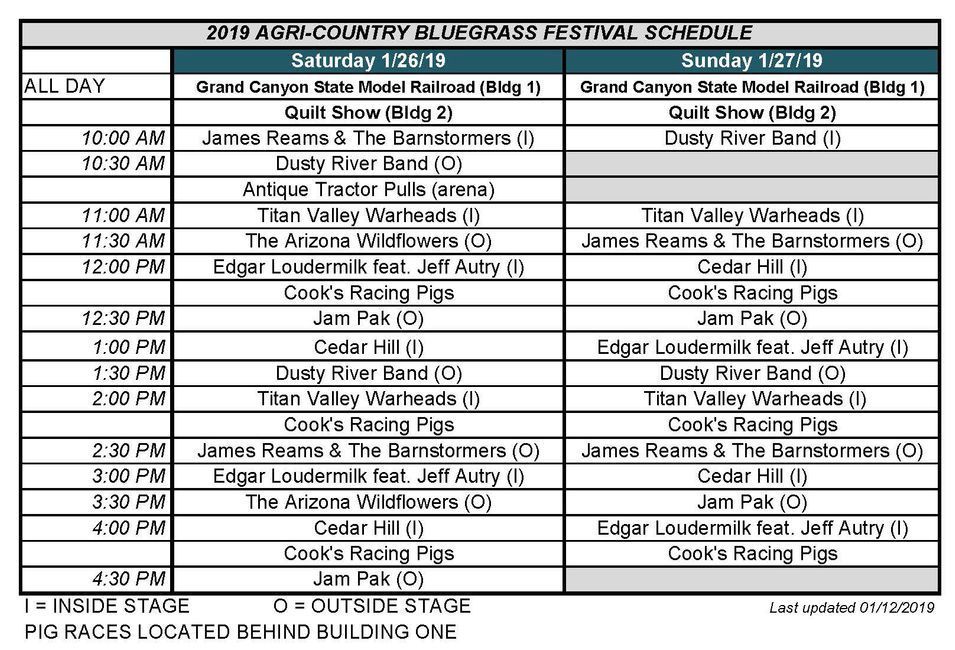 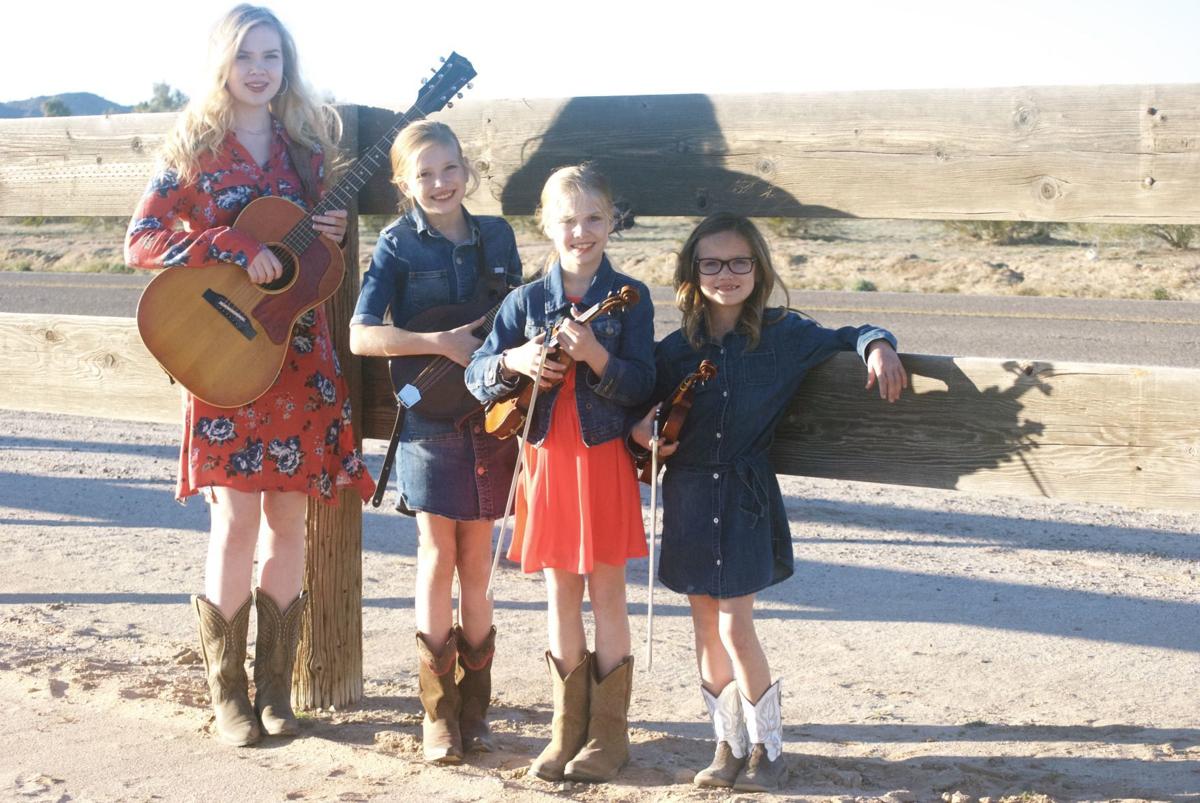 The Arizona Wildflowers are, from left, Madi, Ranelle, Brie and Aspen Dietrich.

The Arizona Wildflowers are, from left, Madi, Ranelle, Brie and Aspen Dietrich.

The Arizona Wildflowers include Dietrich siblings Madi, 17, on guitar; Brie, 10, on fiddle; and Ranelle, 9, on mandolin.

During the festival at the Pinal Fairgrounds and Event Center, 7-year-old fiddler Aspen will perform as a special guest of the band and 4-year-old brother Sawyer will make his singing debut with his rendition of the American folk tune “Turkey in the Straw.”

“We’re so excited to perform at the bluegrass festival this year,” said Madi Dietrich. “It’s our first time playing at the festival and it will be one of the bigger crowds we’ve played for.”

For the Dietrich siblings, music is synonymous with family time. Madi serves as the music teacher for the siblings, who are all home-schooled.

All the siblings began to play the fiddle at the age of 3.

“Sawyer is already playing the fiddle and our youngest sister, who’s 2, also walks around with a small fiddle,” Maddie said.

“Ranelle loves the mandolin,” Madi said. “She plays it as her primary instrument for the band.”

About five years ago, the family began competing in fiddle and bluegrass competitions across the country, taking home multiple awards for their musical talents.

In September, the group was the opening act for Michael Martin Murphey at the Payson Old Time Fiddlers Contest and Acoustic Celebration.

Last November, they performed at the American Sheriff Foundation benefit in Apache Junction.

They often perform at churches, fundraisers and private events as well as festivals and competitive events.

“It all started because we love music. We love playing music together,” Madi said.

Madi, the oldest in the family of seven siblings, graduates from high school this year and plans to attend Arizona Christian University to study music. She hopes to commute so that she’s close to home to continue performing with and teaching her younger siblings music.

The group is currently working with Sneaky Big Studios to produce a CD that’s expected to be released in April.

“For us, music bonds us together as a family. Playing music is something we do together and it brings us closer as siblings,” Madi said.

The Arizona Wildflowers are the only Casa Grande-based band to play at this year’s Agri-Country Bluegrass Festival.

They were asked to perform at the festival on Sunday too but were already booked to play at a fundraiser, their mother, Tiffany Dietrich, said.

Other acts set to perform during the festival are:

As well as two days of music by some of the best-loved groups in the genre, the festival includes pig races, a classic car show and antique tractor pulls on Saturday, a two-day quilt show, 2,500-square-foot model train display, food vendors and a variety of food and merchandise vendors.

Admission is $10 per person per day for those 12 and older. Children 11 and younger are admitted free. Tickets are available at the door.

Do you want to see your band or show listed on the entertainment calendar? It’s free to subm…

ELEVEN MILE CORNER -- For Edgar Loudermilk, performing at an event like the Agri-Country Blu…

Pinal bluegrass festival will feature bands from across the country, close to home

ELEVEN MILE CORNER — With fiddlers, singers and other musicians coming from as far away as G…

Fiddling sisters win a new round of awards, plan to compete in local talent competition