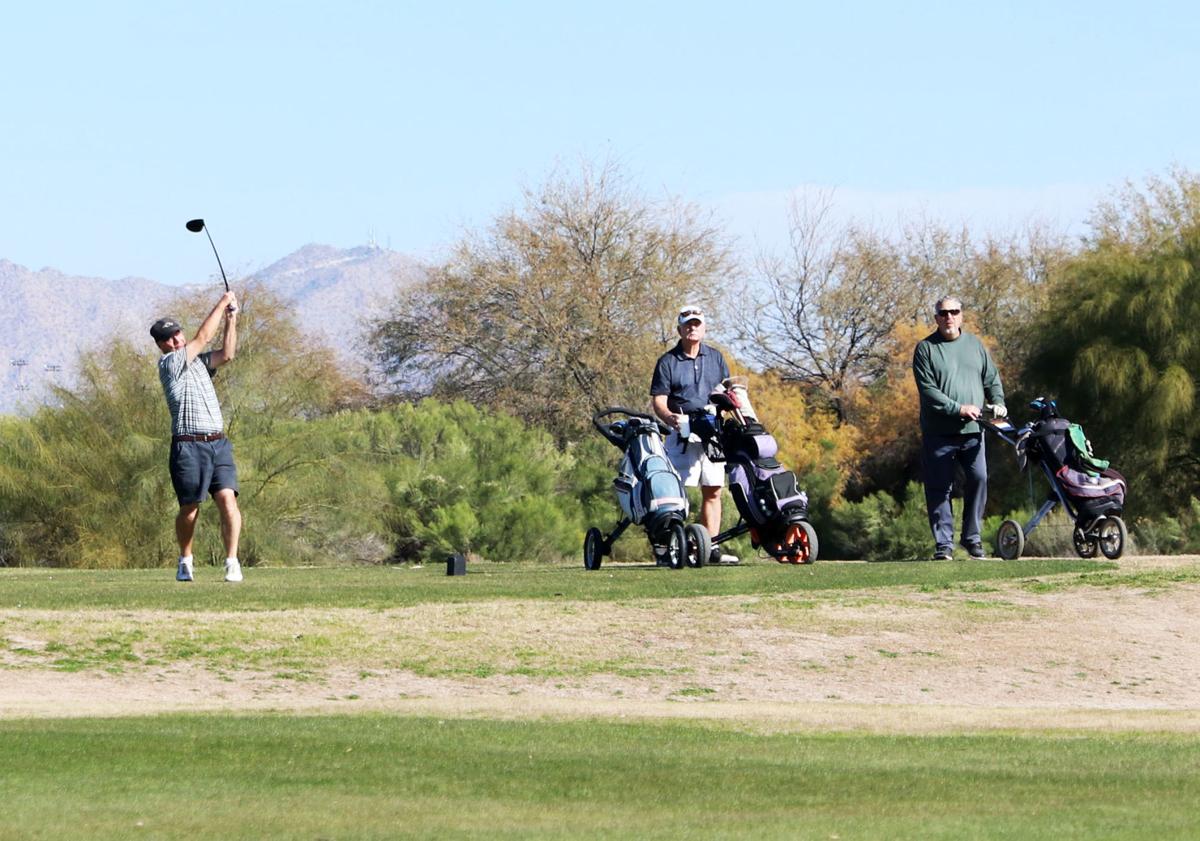 Golfers tee off during a sunny mid-morning game on Jan. 8 at Dave White Golf Course. 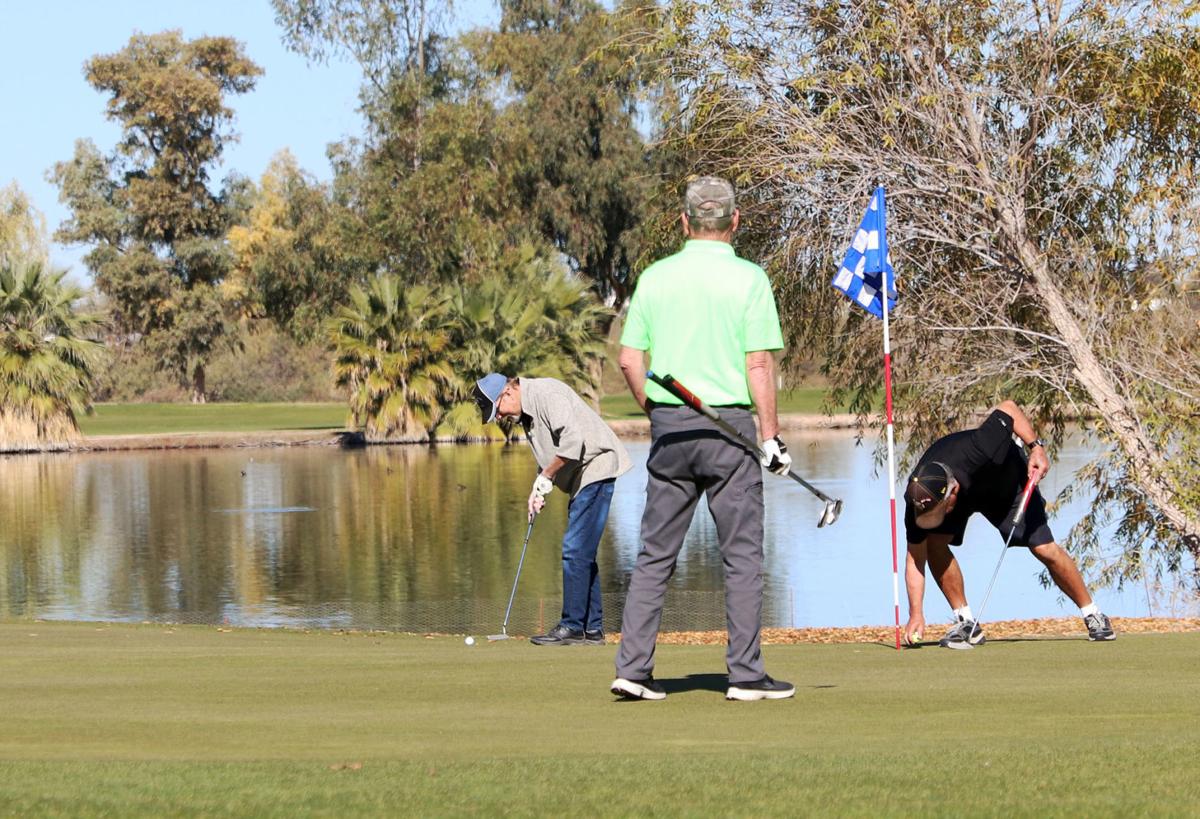 Golfers tee off at Dave White Golf Course for a sunny mid-morning game on Jan. 8. 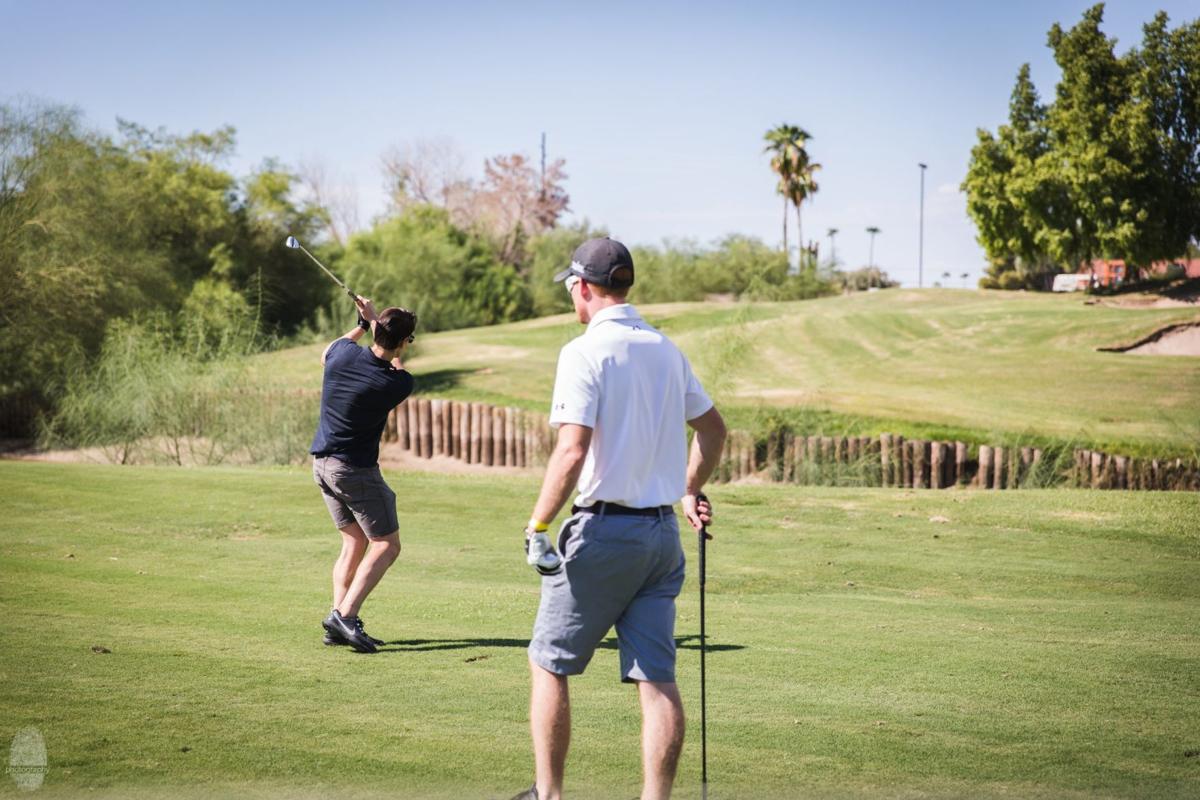 Superstition Springs Golf Club in Mesa is among the courses golfers have been during to during the pandemic. (Photo by MinJae Kim / Accessed through flickr)

Golfers tee off during a sunny mid-morning game on Jan. 8 at Dave White Golf Course.

Golfers tee off at Dave White Golf Course for a sunny mid-morning game on Jan. 8.

Superstition Springs Golf Club in Mesa is among the courses golfers have been during to during the pandemic. (Photo by MinJae Kim / Accessed through flickr)

CASA GRANDE — As the pandemic limits many activities, more locals are turning to golf courses for safe and socially distant fun.

“It’s great to see,” said Adam Krukow, director of golf at Francisco Grande Hotel & Golf Resort. According to Krukow, more locals have been participating in golf since April.

“Golf and hiking and things like that really picked up,” Hardesty said.

However, lack of winter visitors may be impacting golf courses in the area during the cooler months.

“We do expect a slight decrease of rounds from winter activity as many of our winter visitors are not in Casa Grande at this time,” Hardesty said.

According to Hardesty, the months of November and December did not hit record rounds as the previous months did.

Krukow is also anticipating a drop in play due to the lack of winter visitors, including Canadians.

“Golf in all areas of the United States has really seen an increase in rounds during the response to COVID,” Hardesty said. “Golf is a great recreational activity that lends itself to social distancing as people typically play in groups of four or less.”

According to Hardesty, the City Council voted for new golf carts earlier this year, which are expected to come by the end of the month.

When the virus forced lockdowns in March, Gov. Doug Ducey kept golf courses open by declaring them as essential businesses. As part of his executive order, clubs had to close many indoor areas and facilities, but the courses themselves remained open for business.

For the most part, courses in the state did more than just stay open. Many saw their businesses thrive and even expand in some cases. Several courses have reported an increase in the number of rounds played since the onset of the virus earlier this year.

Golf is big business in the state. According to a 2016 study from the University of Arizona, golf contributes $3.9 billion to the state’s economy every year. And that number has likely increased, said Bob Sykora, the general manager of Mesa Country Club.

According to the UA report, golf tourism, in which people come from out of state to either play or watch golf, is responsible for $1.1 billion of that nearly $3.9 billion output. In a year where people are traveling less and less, courses have had to rely on the business of locals for much of this year.

For whatever reason, whether it be curiosity, passion or mere boredom, more Arizonans are playing golf in 2020 than in years past.

Given the lift that the golf industry typically gives to Arizona’s economy, worth nearly $4 billion annually, it is not surprising that courses were allowed to stay open, despite calls from some local governments to temporarily close them.

Nationwide, Arizona’s golf impact compares well to that of other golf-heavy states.

Of the 35 states included in the most recent economic reports from We Are Golf, a golf advocacy group, Arizona ranks 18th in the number of courses it has. However, golf in the state ranks in the top 10 in many significant economic factors, including total economic output and jobs created.

Cronkite News contributed to this story.