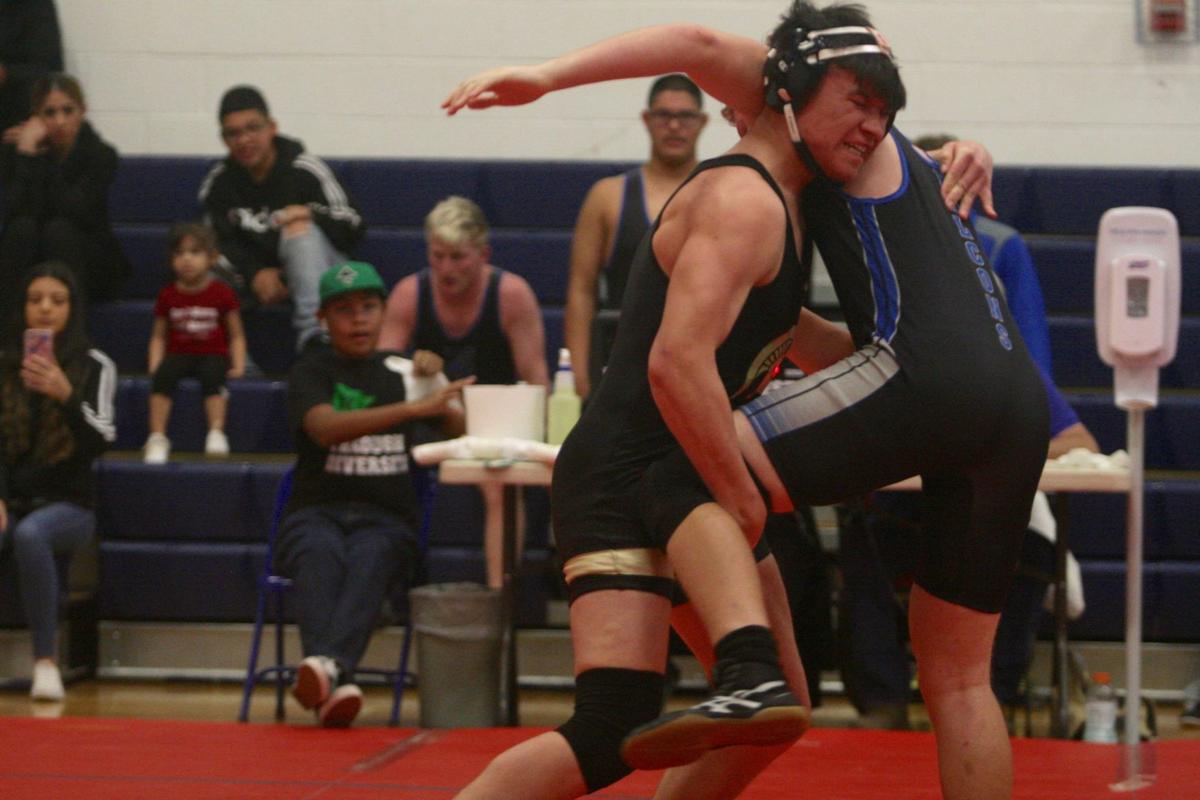 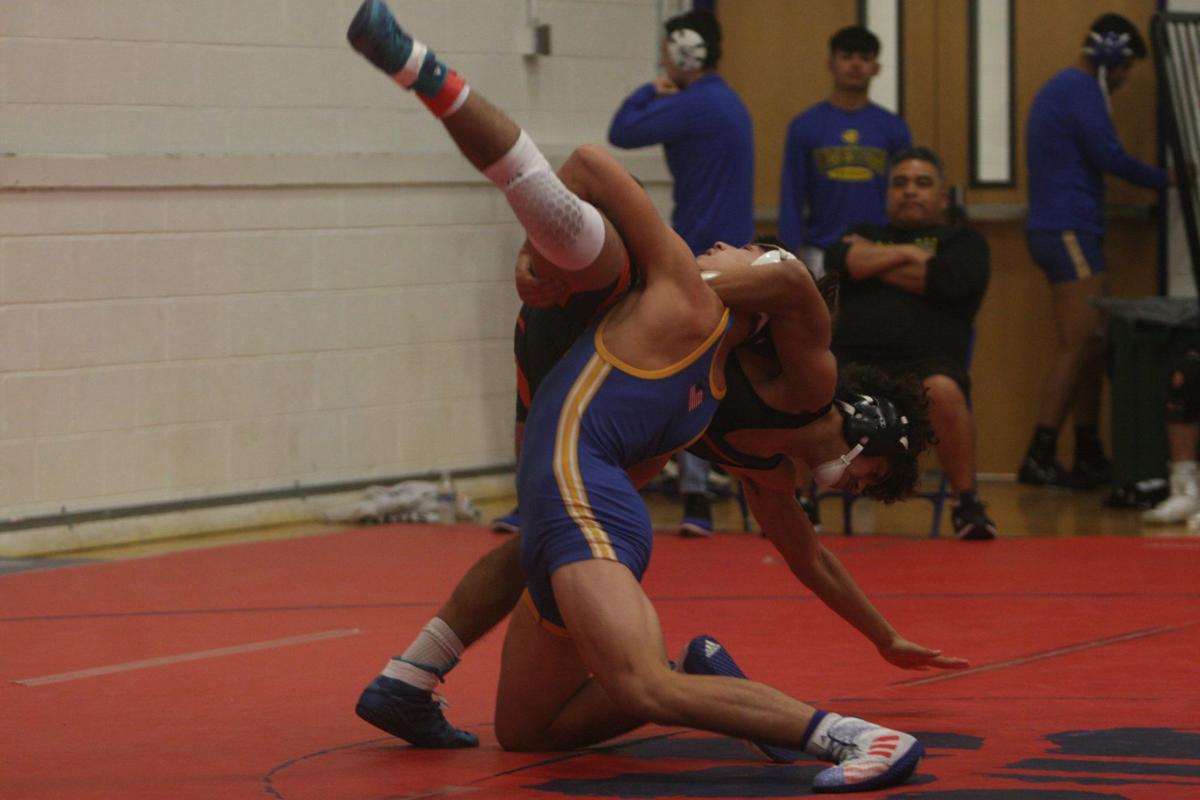 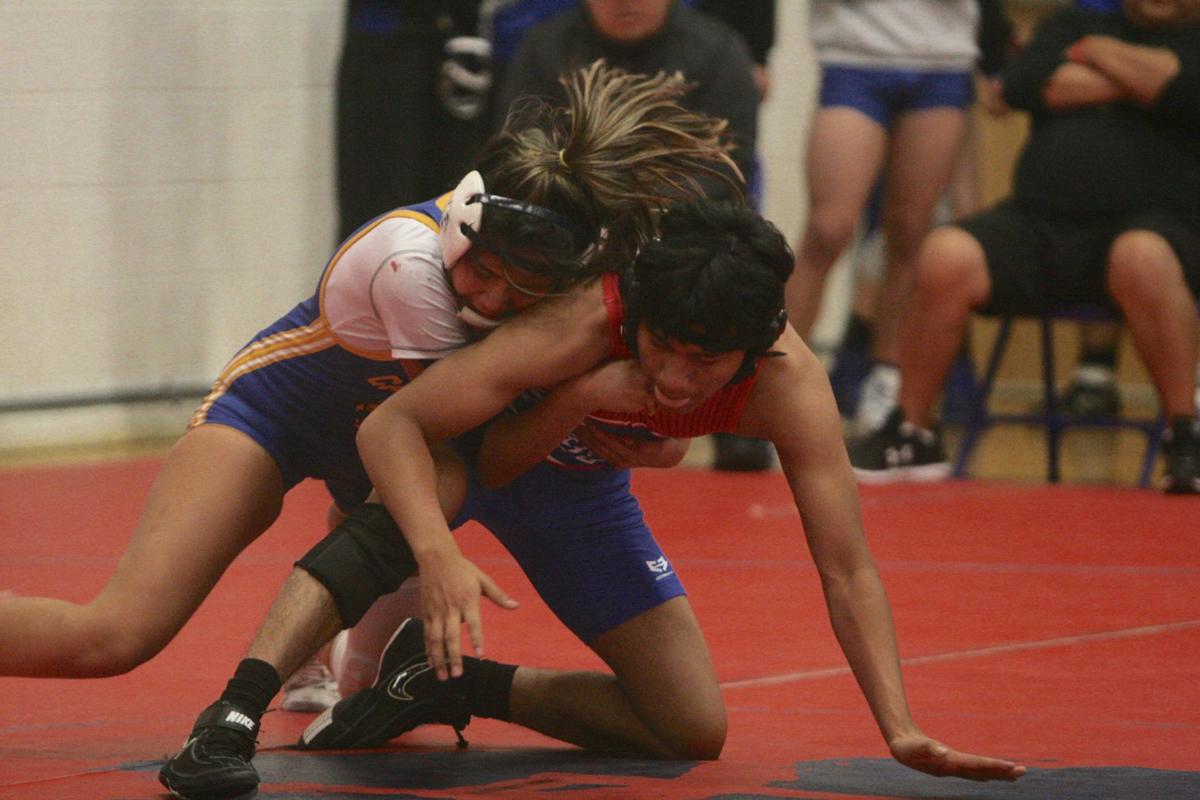 COOLIDGE — With the season entering the home stretch, wrestling coaches know it’s all about getting as much experience against a variety of opponents as possible if their athletes are going to success at sectional finals and make state.

Such is the enduring appeal of the Coolidge Lions Club Invitational, which brings in schools from across the state for two days full of competition. This year, there were 16 teams filling the Roundhouse on three mats, as seeding took place all day Friday. Saturday will bring the bracket for final placement, with the final expected to take place around 6 p.m.

Two of the teams looking to make the most of their experience at the tournament are Casa Grande Union and Vista Grande. Both had mixed success when it came to wins and losses during the first day, but it’s the experience that matters much more.

Vista Grande coach Martin Lopez noted that in their first match against a makeshift team called the X Factor that replaced a school that dropped out, a lot of his wrestlers would focus on getting a pin in the first round. While that’s good for team points, he said he’d rather they get a full three rounds of experience to build stamina and learn how to adjust to a lengthy spar.

“When it comes to sectionals and state, they’re going to be wrestling the full six minutes,” he said. “So I try to tell them to get the mat time and put all the moves they have into place.”

Lopez regretted that many of his top contenders for a spot in the state tournament, but one who was there to rake it all in was Carlos Baldenegro, who dominated most of his matches in the 182-pound weight class. However, he found his match against Williams Field and suffered his first loss of the season. Lopez expects him to be seeded high going into sectionals, and he should have a good shot at contending at state.

Daniel Lopez at 120 pounds and Dallin Ethington and 160 pounds are two others who Lopez expects to be there at state, but it’s going to take a lot of work down the stretch to maintain the kind of consistency need to compete at that level.

“Sometimes they’re really on and there are others where they’re sluggish,” Lopez said about the team as a whole. “So I tell them they just have to keep that attitude right, to be positive and be confident in what we’re teaching them.”

As for CG Union, coach Carlos Hernandez said he doesn’t want to put any more pressure on the kids by naming those who should have the best chance of making it to the state championship. However, he believes there should be up to four kids who qualify.

“To get there they need a lot more confidence in their movies, and finishing in the third period,” Hernandez said.

He’s liked what he’s seen from his team so far in the Coolidge tournament, recovering from an early loss to a very tough and deep Globe team to defeat Salpointe Catholic. He’s hoping for a top-three finish in the bracket, which should propel them through the end of the season.

“We’re on the second half of our season, so they should be peaking now,” Hernandez said. “So right now the coaches are observing to figure out which things we have to go back and re-teach or re-drill so we can get ready for postseason.”