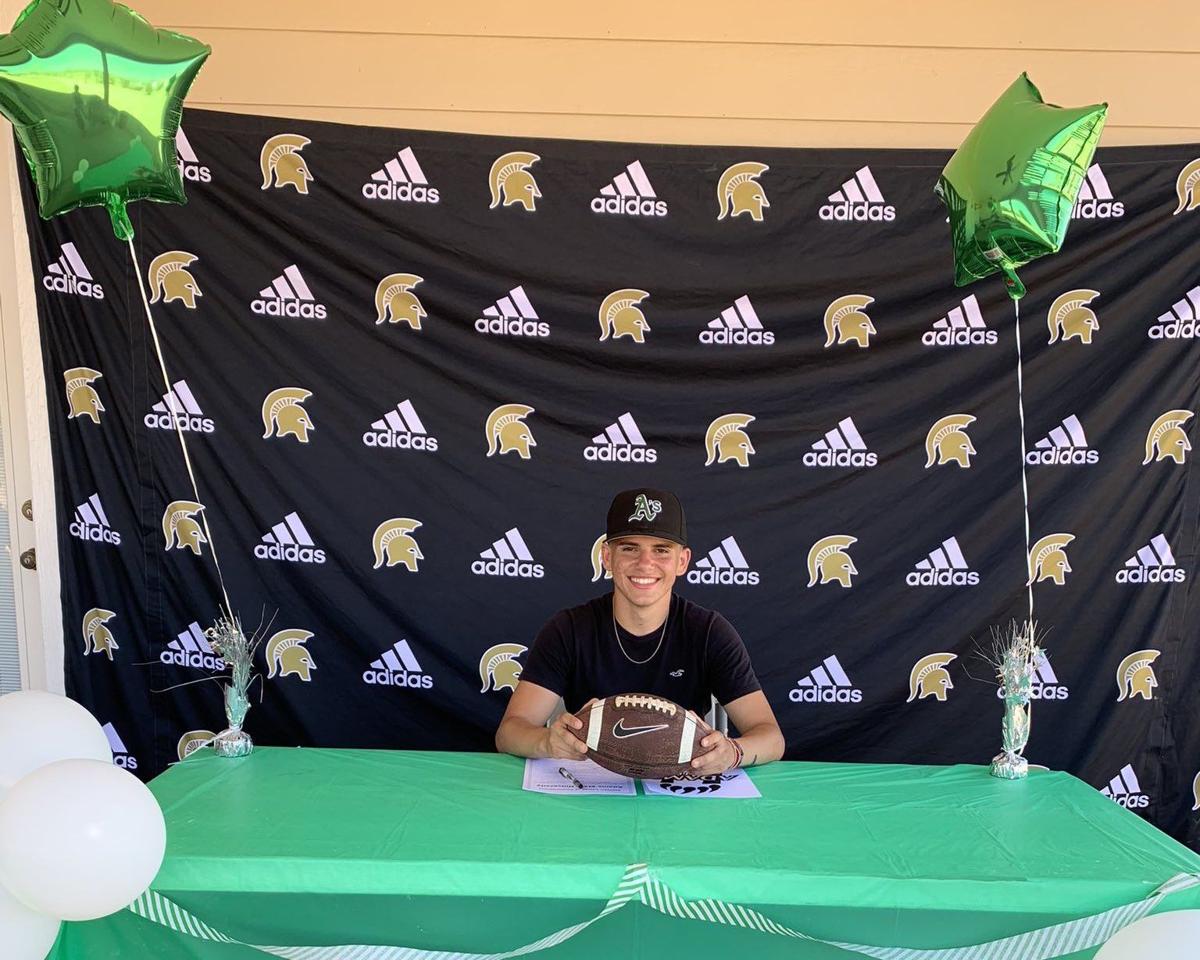 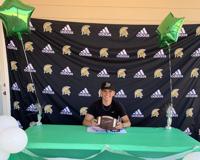 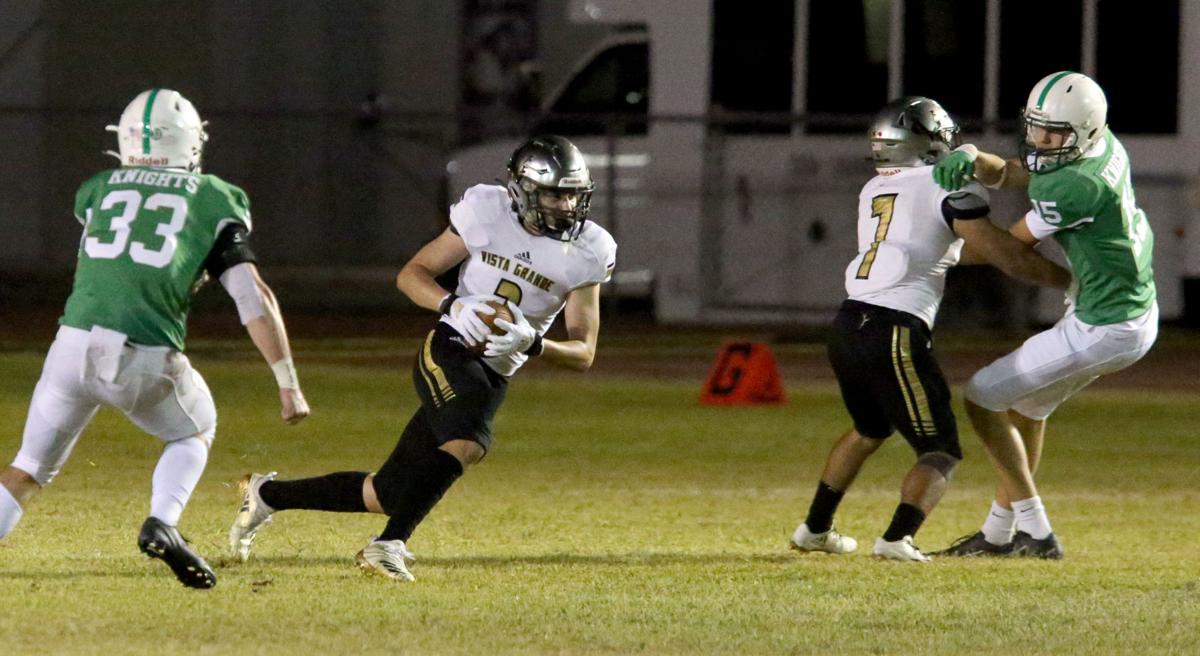 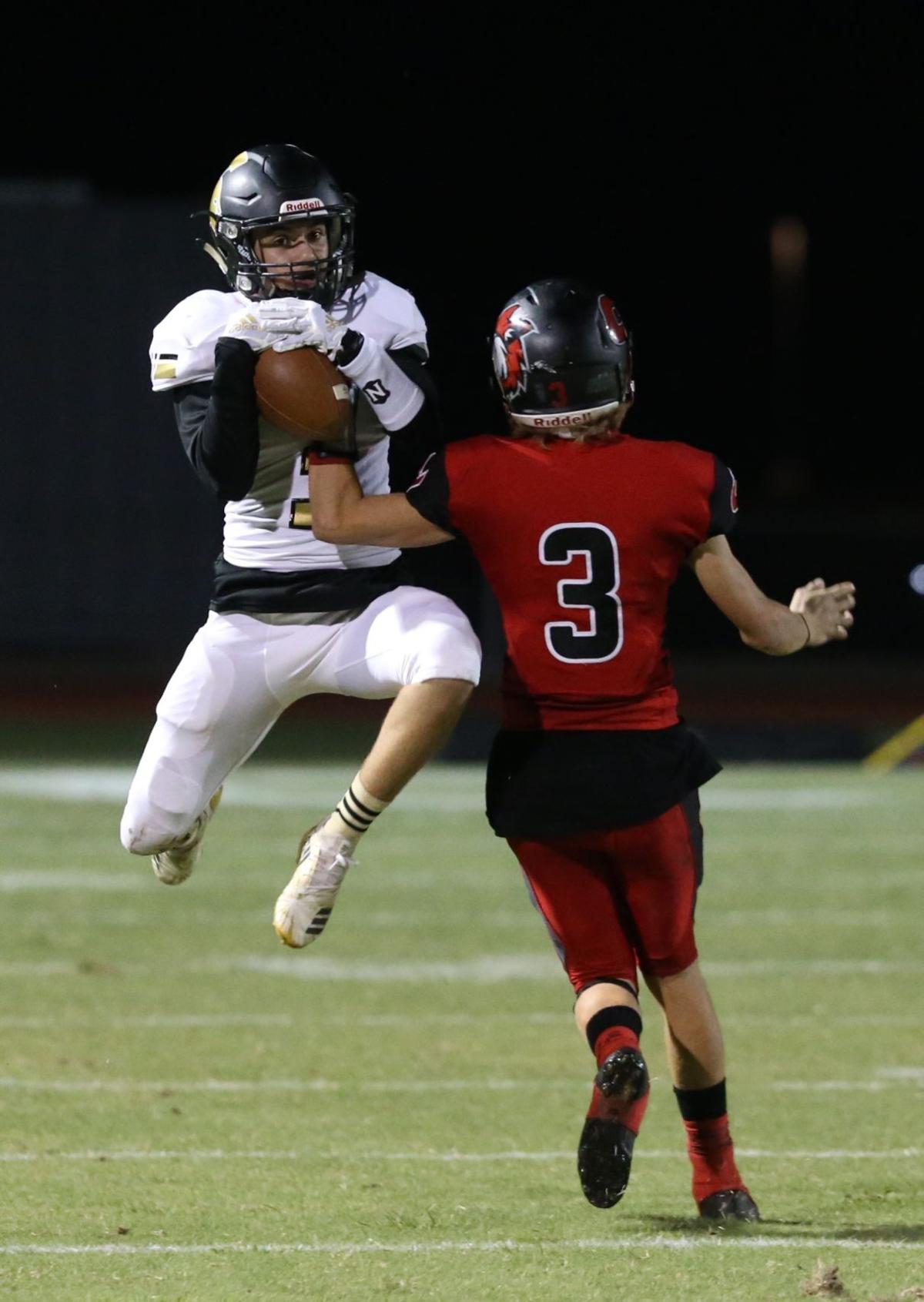 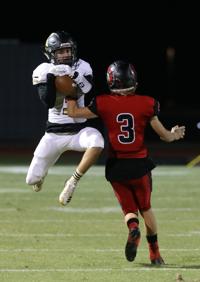 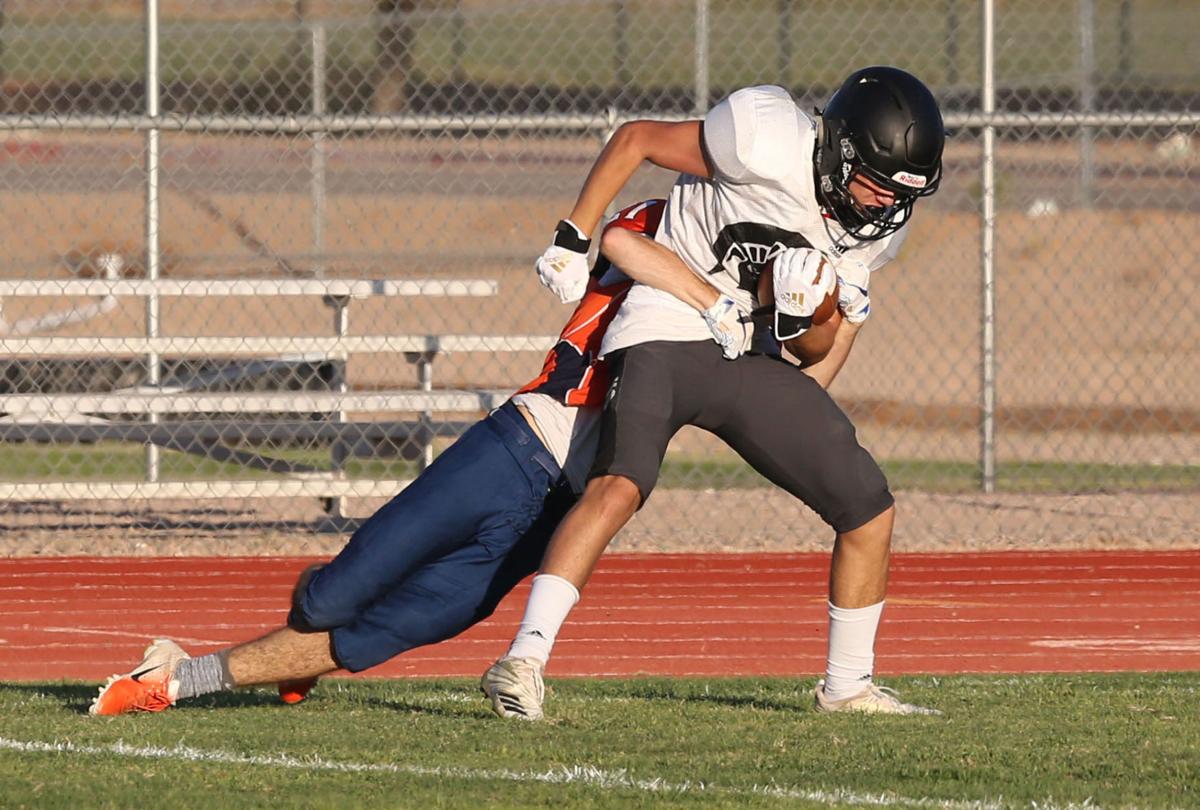 Jace Atkins, right, is brought down a Poston Butte defender after a reception for a 55-yard gain Aug. 15, 2019, in San Tan Valley. 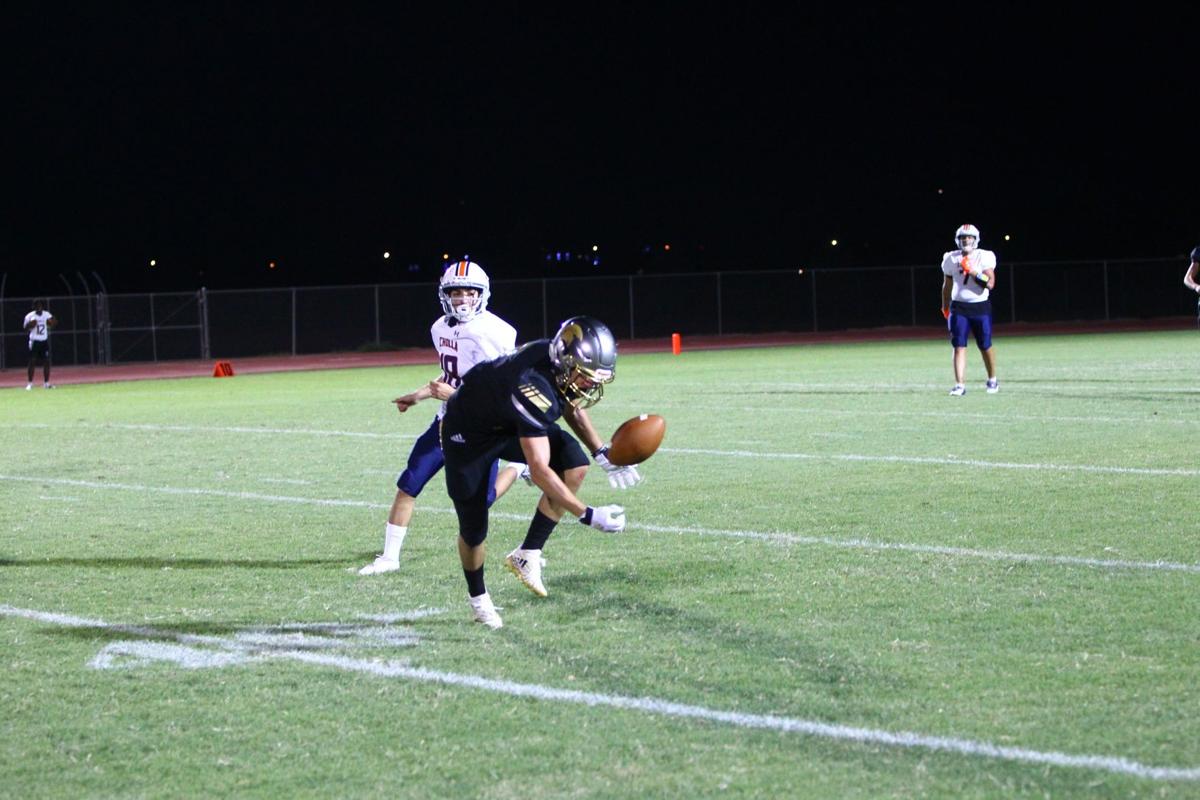 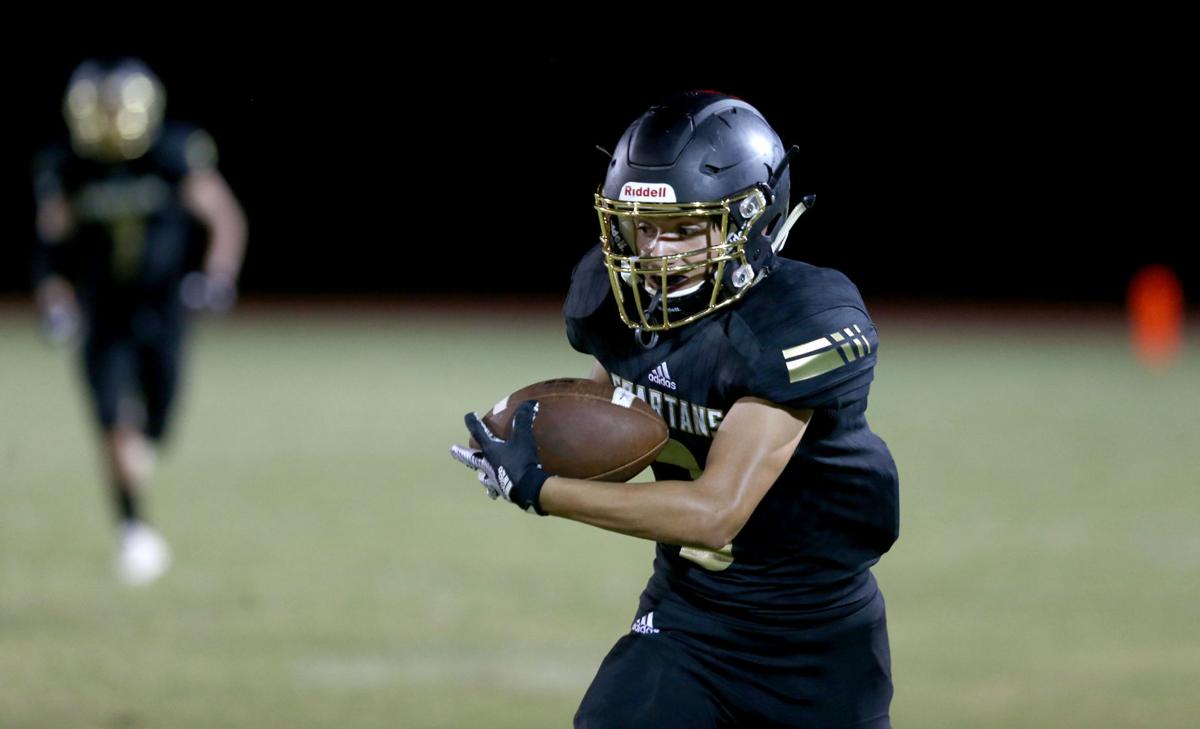 Vista Grande’s Jace Atkins catches a pass and scores a touchdown against Apache Junction on Sept. 7, 2018, at Vista Grande.

Jace Atkins, right, is brought down a Poston Butte defender after a reception for a 55-yard gain Aug. 15, 2019, in San Tan Valley.

Vista Grande’s Jace Atkins catches a pass and scores a touchdown against Apache Junction on Sept. 7, 2018, at Vista Grande.

CASA GRANDE — Team success proved elusive for the Vista Grande football team the past few seasons, but individual talent still rose to the occasion to earn opportunities at the college level.

The latest individual success story for the Spartans football program is Jace Atkins, who announced his signing with Adams State University on April 10.

In his three years with the Spartans, former head coach Chris Semore — who resigned his position in December — helped place several players with colleges.

Atkins, a wide receiver, represents the highest-level signing under Semore, as Adams State plays at the Division II level in the Rocky Mountain Athletic Conference. The other players from Vista Grande primarily moved on to NAIA or JUCO schools.

Atkins told PinalCentral in a direct message that signing with Adams State left him feeling excited and thankful for the opportunities that led him to the university in Alamosa, Colorado.

“I chose Adams State because it gave me a good feeling as soon as I received the offer,” he said. “I knew the school would give me the opportunity to learn and grow as an athlete and compete at a higher level.”

For Semore — now the defensive coordinator at Arizona College Prep in Chandler — Atkins’ signing is an especially proud moment. Not only is it the first Vista Grande athlete he helped get to the D-II level, but Atkins is going to his alma mater, where Semore also played football for the Grizzlies.

“He’s come a long way,” Semore said. “He’s put a lot of time and effort into becoming a good receiver.”

The 5-foot-11, 175-pound Atkins caught 17 passes for 337 yards and three touchdowns in seven games during the pandemic-shortened 2020 season. He eclipsed the 331 yards he had in 10 games during his junior year, and his yards per catch skyrocketed from 11.4 to 19.8 as a senior.

Adams State showed high interest in Atkins early in the recruiting process, and although he also played safety in high school, he said he will likely play receiver in college. If his coaches want him to play a different position, Atkins is confident he can fill in wherever the team needs him.

“I believe my hard work, ability to lead and be part of a team will help me be a big part of this program,” he said.

The ability to lead is something Semore noted about Atkins, as well as other characteristics off the field that made him an attractive recruit. Semore said Atkins worked hard to improve his grades, is likable with a good personality and will bring leadership to the receiver room.

Semore looks forward to visiting his old campus and watching Atkins play in a game.

“Super excited for him and the opportunity he’s going to get,” Semore said.