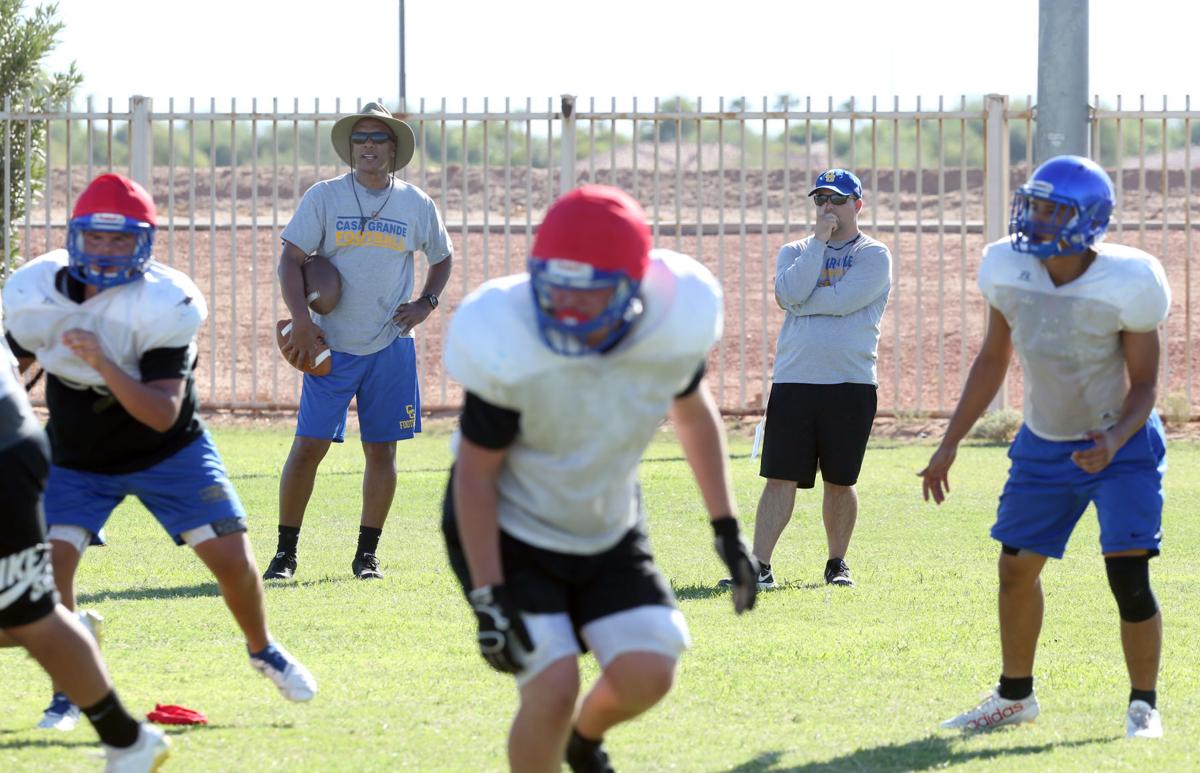 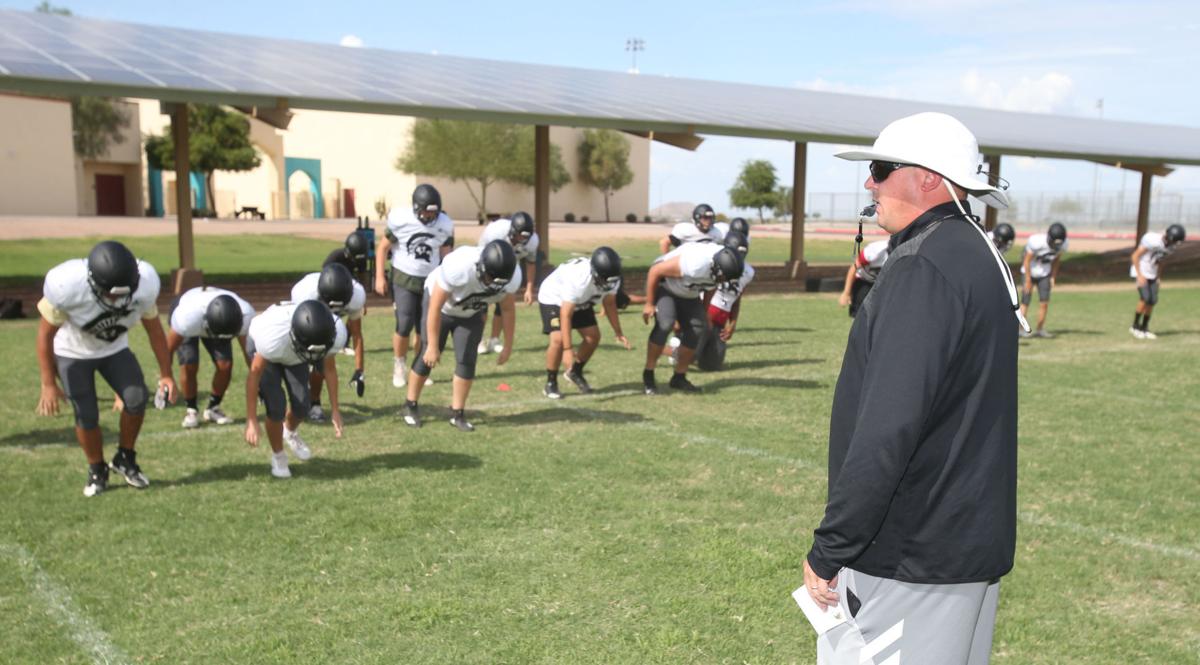 Editor’s note: This story has been updated to reflect the Casa Grande Unified High School District governing board’s decision Tuesday night to put a halt to any immediate return to the practice field.CASA GRANDE — Football is starting to come back.

Casa Grande Union will hit the practice field soon after weeks of wondering when or if it would happen. It won’t be business as usual, as there will be limitations.

“That’s the plan. That’s what we have been told by school administration, and we are excited to be back into it,” CG Union coach Jake Barro said.

Barro told PinalCentral on Tuesday afternoon that his team would return to practice Wednesday, but on Tuesday night he posted a message on social media saying that is no longer happening.

“I want to start by sincerely apologizing,” he wrote. “But the school board and school district tonight decided that they did not want us to begin practice tomorrow. They did not give me any more information ... I am sorry for the short notice. This was in no way our decision.”

Last week, the Arizona Interscholastic Association issued recommended guidelines for schools as athletes look to get back to weight rooms and practice fields.

Under the guidelines, the AIA proposed a three-phase plan, with Phase I limiting activity to groups of 10 people or less. Phase II increases the groups to 50 or less, and Phase III allows for regular group sizes.

“For a team our size that’s not much of an issue,” Barro said. “We don’t normally have 10 running backs, so it should be just fine for us.”

However, Barro and Semore agree that all teams will be well behind schedule.

Under normal circumstances, the Cougars and Spartans would have already conducted spring football and would be looking to June as a month of weight training and 7-on-7 camps in July.

“We are definitely behind, but the good news is everyone is behind, so we are not the only ones,” Barro said. “We are going to have to have a busy summer in order to catch up, and that’s the way it is. All the players know that, and all the parents know that. They have been really supportive; 100% participation for the whole month of June is going to be key so that we can catch up. It sounds like everyone is excited and ready to work.”

Semore echoes Barro’s thoughts, saying he’s hopeful everything will be as close to normal as possible come August. He said the team has its schedule, and the dates and number of games are all the same as usual.

“We’re planning for 10 games. We’re planning to start Aug. 21 against Pusch Ridge, and that’s what we are planning for. If things change, we will adjust our plans and go from there,” Semore said. “Everyone is behind schedule, and that’s going to cause teams to adjust what they do and not get as complicated because they don’t have the time they would get during the offseason. We are going to have to start from scratch with the three-month break.”