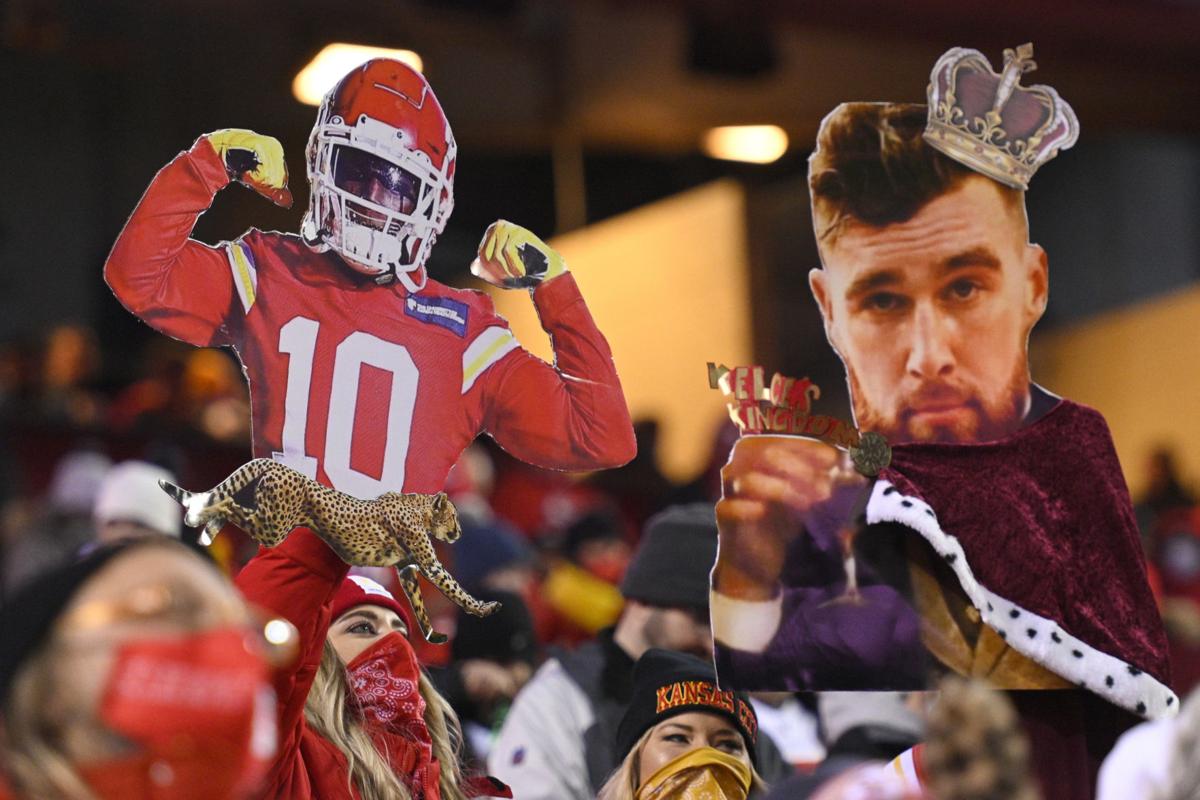 Kansas City Chiefs fans hold up cutouts of Tyreek Hill, 10, and Travis Kelce during the first half of the AFC championship game against the Buffalo Bills on Jan. 24 in Kansas City, Mo. 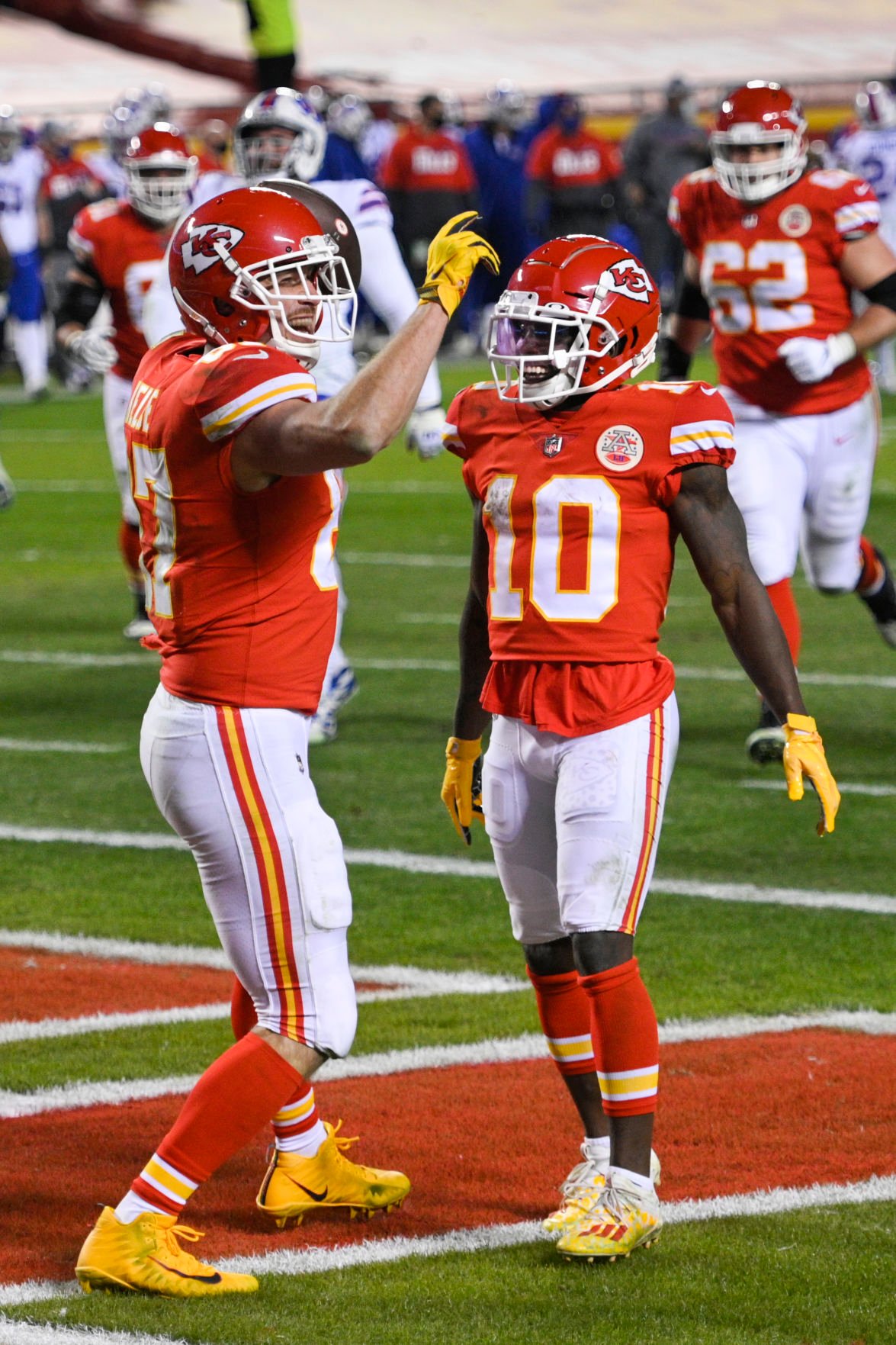 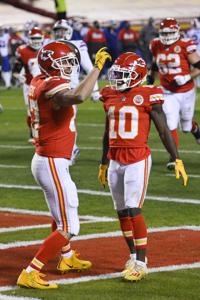 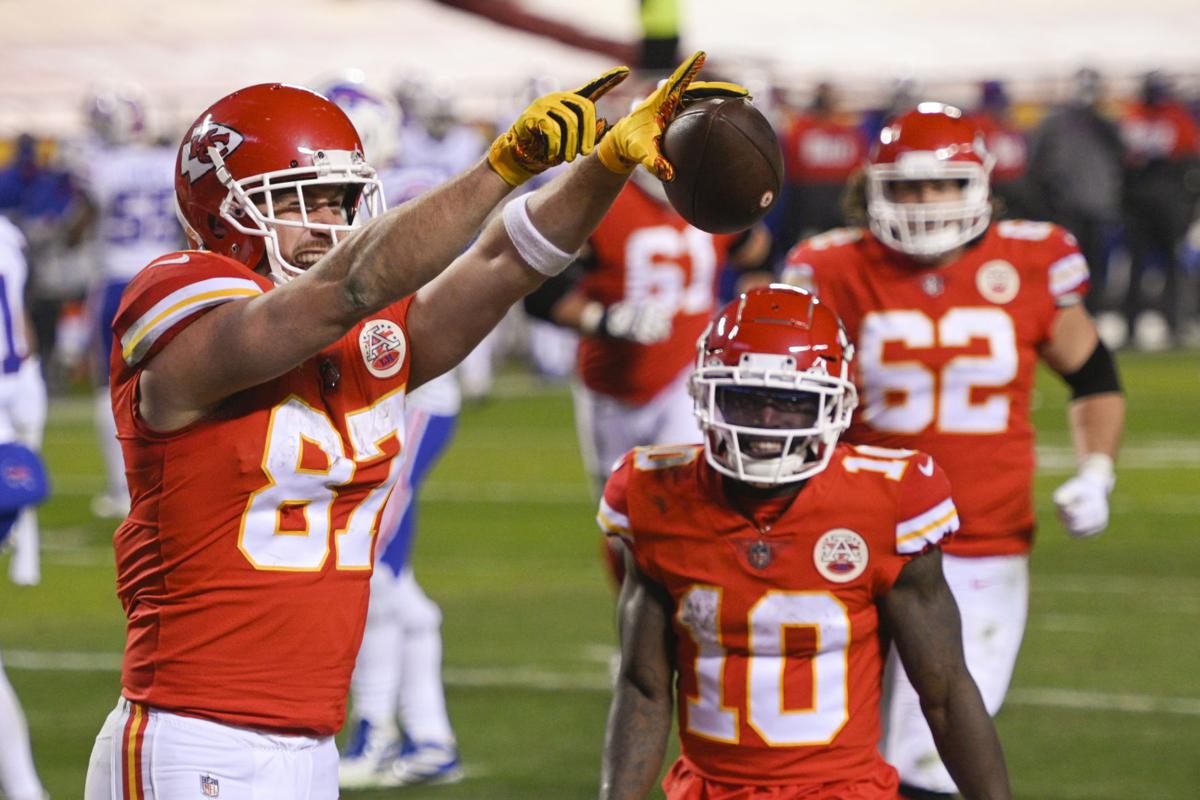 Kansas City Chiefs tight end Travis Kelce celebrates with teammate Tyreek Hill, 10, after scoring a touchdown against the Buffalo Bills during the second half of the AFC championship game Jan. 24 in Kansas City, Mo. 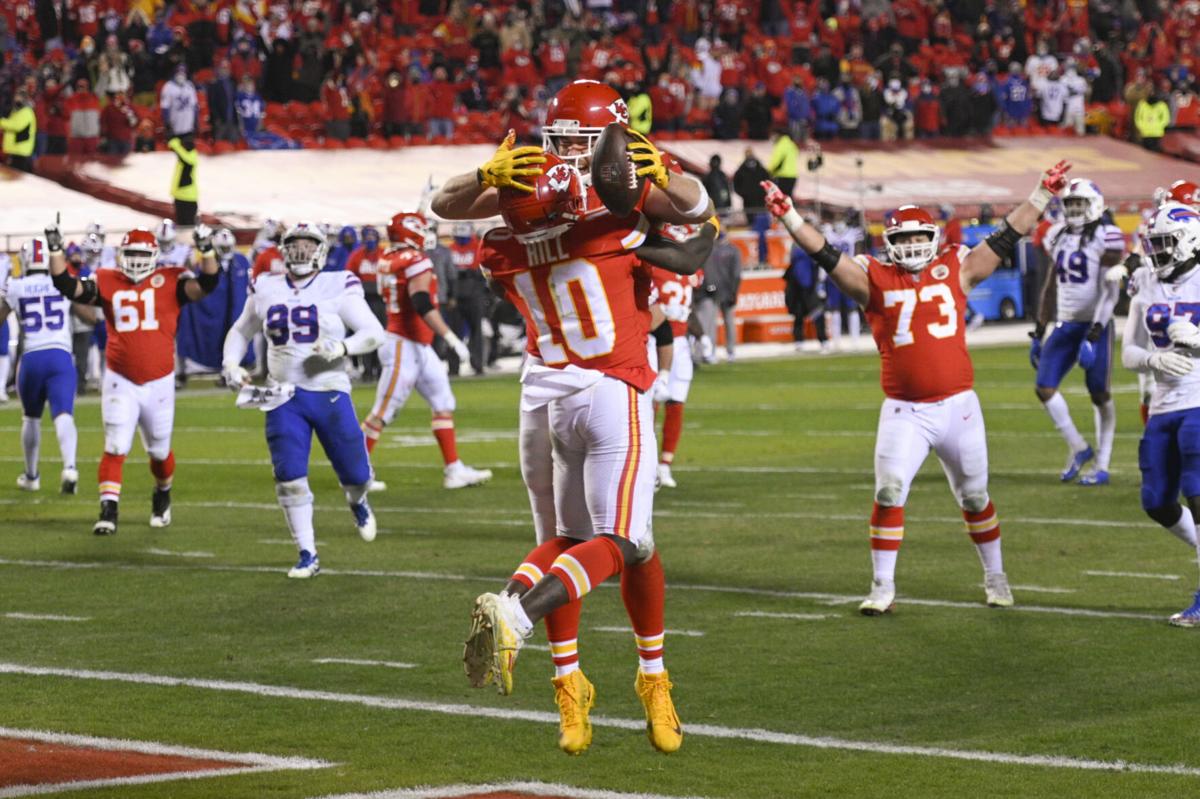 Kansas City Chiefs fans hold up cutouts of Tyreek Hill, 10, and Travis Kelce during the first half of the AFC championship game against the Buffalo Bills on Jan. 24 in Kansas City, Mo.

Kansas City Chiefs tight end Travis Kelce celebrates with teammate Tyreek Hill, 10, after scoring a touchdown against the Buffalo Bills during the second half of the AFC championship game Jan. 24 in Kansas City, Mo.

Super Bowl matchups don’t get much better than what’s on tap Sunday. But two men will determine the outcome of the game, and it’s not the two you think.

All we’ve heard about leading up to the game is Patrick Mahomes and Tom Brady. This makes sense. They are the two biggest stars in the game, and they both play quarterback, the most important position on the field.

I’ve always been a fan of Brady, even though many are sick of seeing him continue to be so successful all the time. He’s starting in his 10th Super Bowl. Let that sink in. That’s double the number of any other QB.

Brady threw 40 touchdown passes in the regular season. He then went on the road in the playoffs and beat Washington, New Orleans and Green Bay, throwing another seven TD passes. The Bucs were underdogs in the latter two games.

Brady is 43 years old, for crying out loud.

Mahomes, 25, is the young gun. And oh, what a gun he has. He plays the game with a confidence, flair and level of did-you-just-see-that showmanship rarely seen in the history of football. He’s trying to repeat as a Super Bowl champion after leading the Chiefs to their first world title in 50 years last season.

Mahomes also has the luxury of having Andy Reid as his head coach, the most brilliant offensive mind in the NFL.

I never bet against Brady. But the Chiefs are going to win the Super Bowl for two reasons — Travis Kelce and Tyreek Hill.

You see, it’s not enough that Mahomes has otherworldly talent, skill and killer instinct. He also gets two guys on his team that are basically impossible to stop.

A few teams boast one player who fits in that category. But there is no team in the NFL — not even the Bucs, who have tremendous weapons — that has two players who can completely wreck your game plan.

No team that is, except the Chiefs.

Kelce is rewriting the record books for what a tight end can do catching the ball. At age 31, he just had his fifth straight season with 1,000 yards receiving. He set career highs in receptions (105), yards (1,416) and receiving TDs (11).

I’ve never seen a 6-foot-5, 260-pound tight end that moves with his amount of quickness and explosion. He’s nimble, agile and gets out of his routes and breaks better than anyone in the sport.

He’s often wide open. That’s for a reason. His route running is so sublime that he gets massive separation from whatever poor defender is trying to defend him. Corners and safeties are too small. Linebackers are too slow or lack the coverage skills.

Kelce is a matchup nightmare.

Which brings us to the other nightmare on the Chiefs, this one named Hill.

He is also known as Cheetah, which should tell you something. He is fast. Very fast.

Hill has the kind of speed that keeps cornerbacks up at night. Is he the fastest player in the NFL? That appears all but certain, especially in pads during a game. He ran the 40 in 4.29 seconds at his pro day in 2016.

Cheetah can take the top off a defense at a moment’s notice. But that scary speed also allows him to consistently get open on underneath routes because corners are so afraid of getting beat deep.

He can launch into what appears to be a go route and stop on a dime 15 yards down the field. Good luck to anyone trying to defend that.

Kelce and Hill have continued to dominate in the playoffs. In two playoff games, Kelce has 21 catches for 227 yards and three scores. Hill has caught 17 passes for 282 yards, although he has been kept out of the end zone.

The Chiefs have other weapons too, including another receiver with blazing speed in Mecole Hardman.

Brady and the Bucs will score points. His receivers, particularly Mike Evans and Chris Godwin, will make plays.

Tampa even has a defense playing at a ferocious level, with a top-flight defensive coordinator in Todd Bowles to go along with veteran head coach Bruce Arians — both of whom used to roam the sidelines for the Cardinals.

But it won’t be enough.

Devising a game plan to take away Hill or Kelce might work on a given Sunday. Stopping both?

Not going to happen.

Kansas City has two virtually unstoppable players, and that is why the Chiefs will repeat as champions.