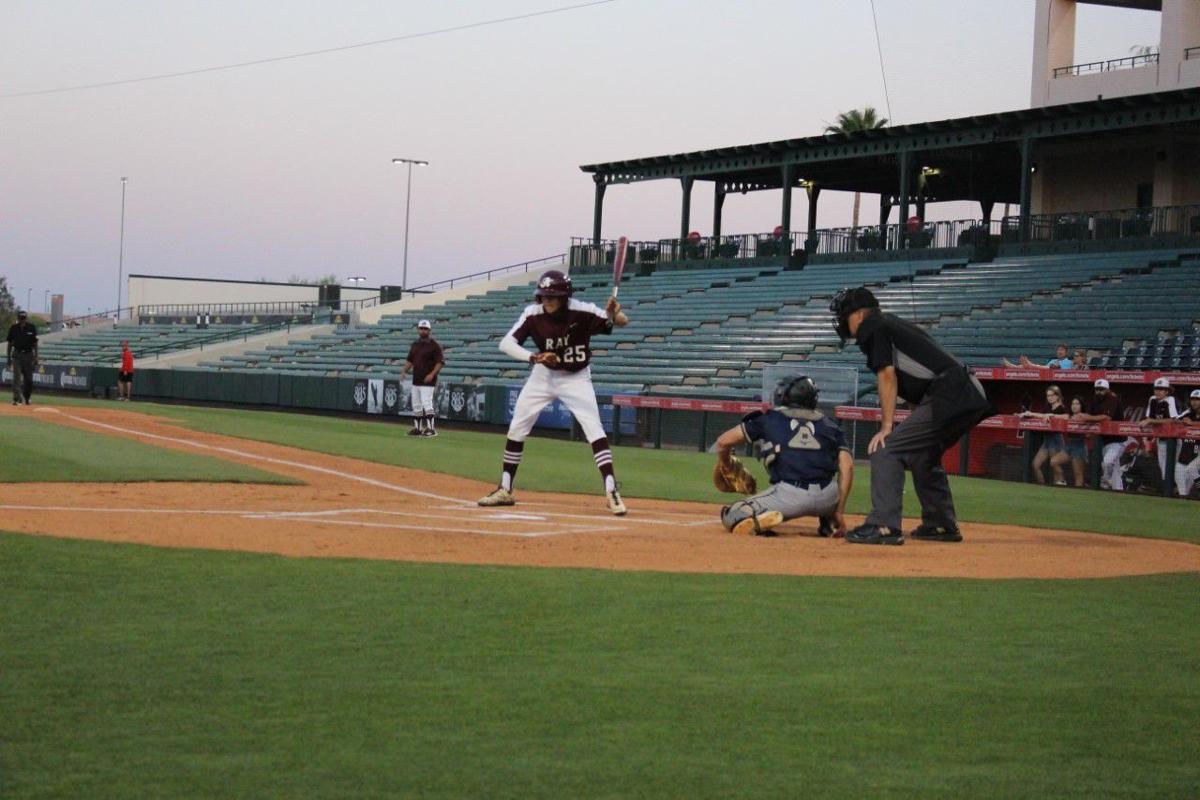 Ray's Alex Bravo bats against St. David during the 1A state championship game Saturday at Diablo Stadium in Tempe. 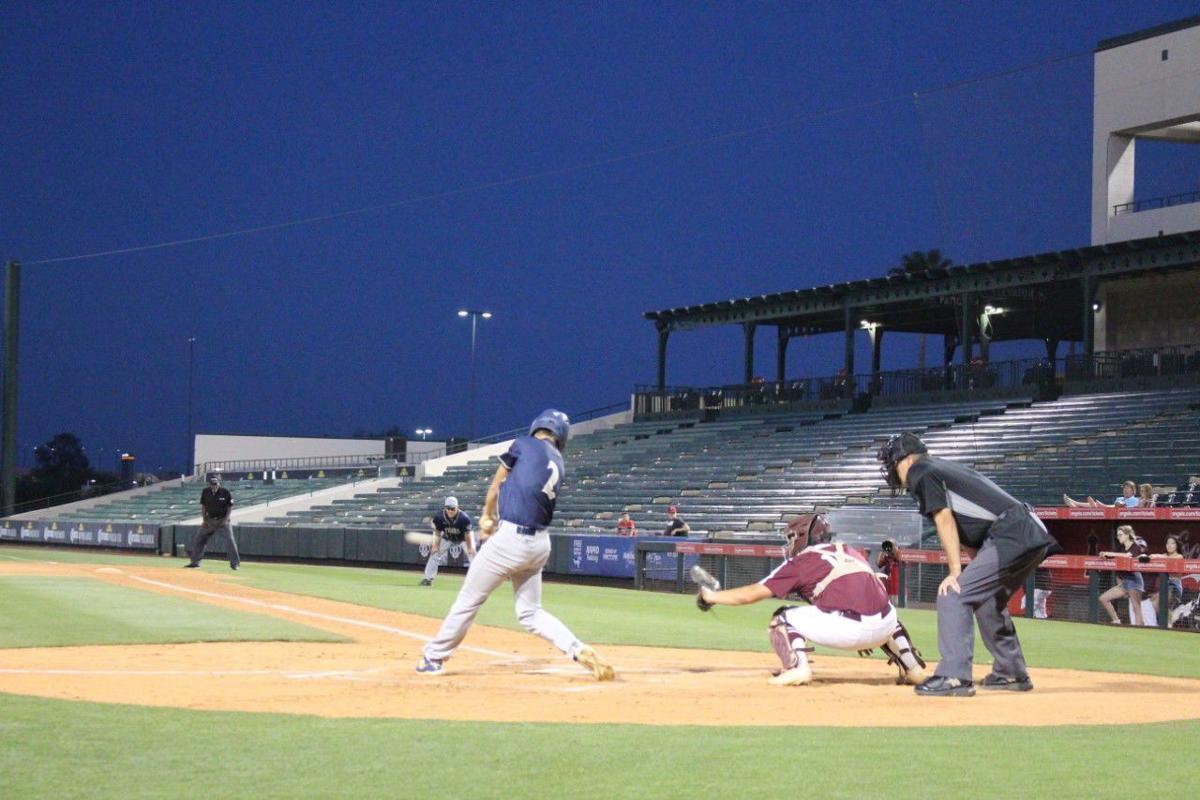 St. David's Jacob Goodman bats against Ray during the 1A state championship game Saturday at Diablo Stadium in Tempe. 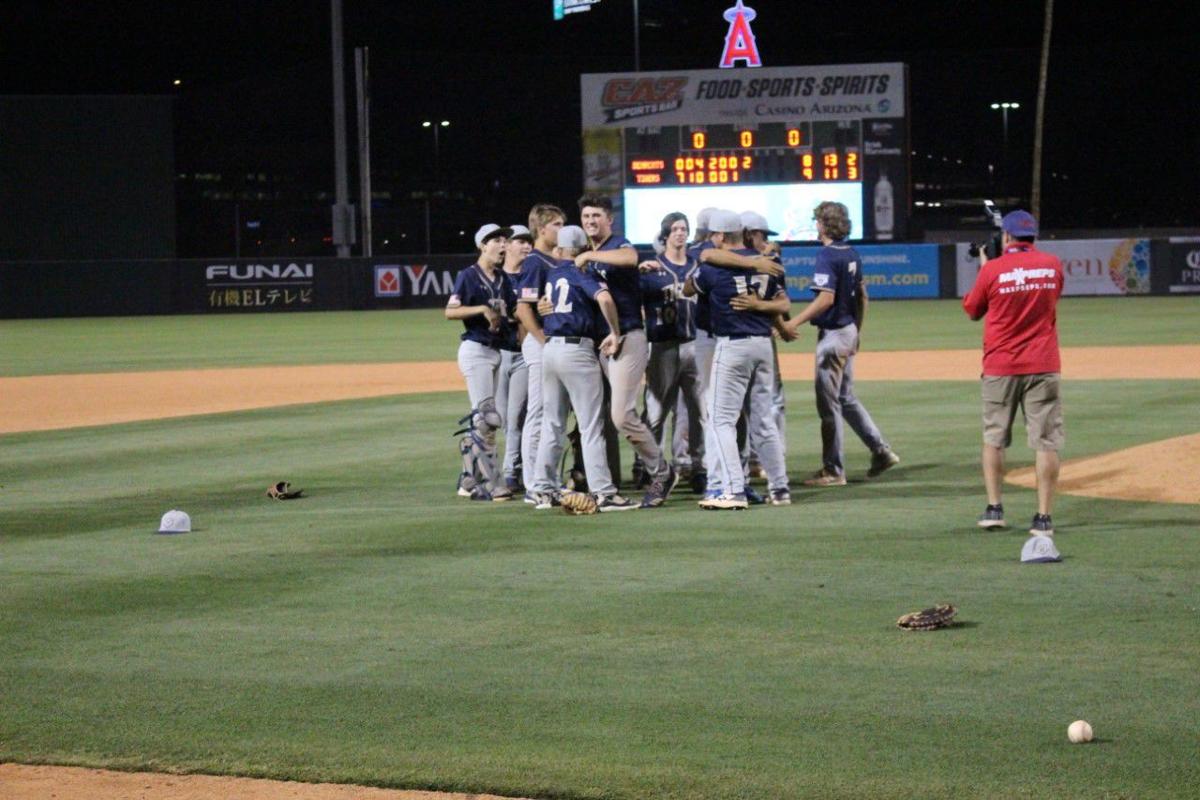 St. David players celebrate after beating Ray 10-9 to win the 1A state championship Saturday at Diablo Stadium in Tempe.

Ray's Alex Bravo bats against St. David during the 1A state championship game Saturday at Diablo Stadium in Tempe.

St. David's Jacob Goodman bats against Ray during the 1A state championship game Saturday at Diablo Stadium in Tempe.

St. David players celebrate after beating Ray 10-9 to win the 1A state championship Saturday at Diablo Stadium in Tempe.

TEMPE — State title games are supposed to be about the action on the field. The diving catches, clutch hits, big strikeouts and all the fun intricacies of the game on full display.

The 1A state title game between St. David and Ray will instead be remembered for poor sportsmanship, ugly displays of unnecessary roughness and officiating that never had control of the contest Saturday night at Tempe Diablo Stadium.

“The umpiring was horrible,” Ray coach Alfred Lechuga said. “I warned the home plate umpire that this was going to happen. I got one of my players injured; he didn’t control the game. The strike zone for both teams was horrible.”

While focus should be on the St. David Tigers, who won the state title in a nail-biting 10-9 affair, it was not the story of the night.

Two players were ejected — one from each side — and Lechuga was banished to the dugout for arguing a balk call that took a run off the board for the Bearcats. Ray senior star Derek Figueroa was injured on a vicious non-slide from St. David’s Kason Jacquez. Jacquez was immediately ejected.

Hunter Day was ejected in the top of the seventh for attempting to strike the Tigers’ catcher, leaving the Bearcats with only eight available players by the end of the contest.

“It was dirty baseball, unprofessional, but it is what it is,” Lechuga said. “Either way we gave up too many runs that first inning, and that’s what happens when you have to come from behind.”

St. David used a seven-run bottom of the first to take control of the game and never relinquished the lead, despite the Bearcats' comeback attempts. Ray starter Jack Warren faced seven hitters and did not record an out, punctuated by a bases-clearing triple by St. David’s Jacob Goodman.

Alex Bravo entered and kept his team within arm’s reach, throwing 5 2/3 strong innings and allowing only one run. The Bearcats offense made noise in the fourth and fifth but couldn’t overtake St. David’s lead.

“Alex was lights out,” Lechuga said. “For only pitching five complete innings this year, he came out and gave us what we needed.”

The Bearcats bats awoke in the third and fourth innings when they scored six times to get the game within two runs. Ray used aggressive baserunning throughout the two innings to fluster the Tigers defense, which led to successfully stealing home twice.

Ray entered the final inning trailing by three runs, the same total it trailed in the state semifinals just one day prior. The Bearcats mounted a comeback without their star Figueroa, who finished his high school career going 1 for 2 with two walks and two runs scored.

The game ended with the tying run stranded on second, as Tracon Naranjo swung through an elevated fastball and the Tigers mobbed pitcher Robby Gooding on the mound.

Asked for comment, an AIA official said the "umpires were chosen for a reason because they’re the best at what they do."

Despite the disappointing end to the season, Lechuga was proud of his 10 young men who finished runner-up in the state. Had one or two bounces or calls gone their way, they could’ve easily been holding the trophy.

“These guys have a lot of grit,” Lechuga said. “We were down 7-0, and these guys kept their heads up. It’s hard when it’s officiating that decides the game for you. And I think that’s what happened.