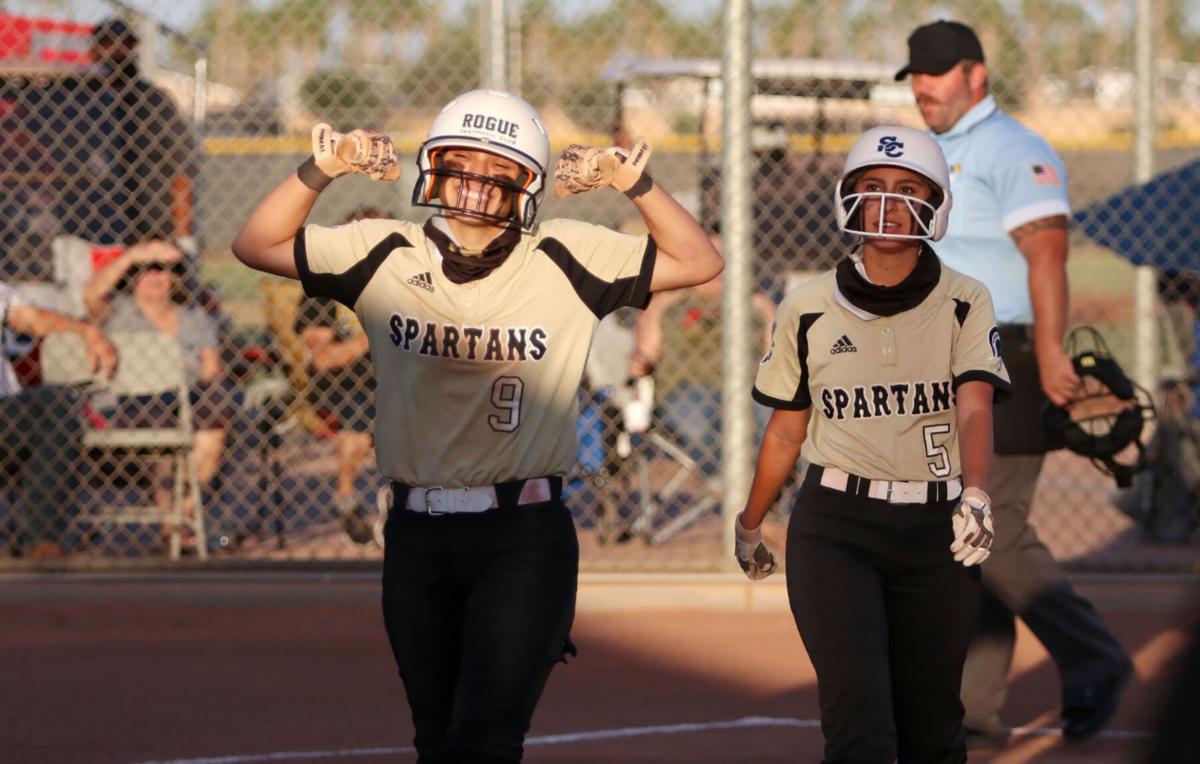 Vista Grande’s Selena Perez, left, celebrates on her way back to the dugout after hitting a two-run home run against visiting Buckeye Union on Monday. 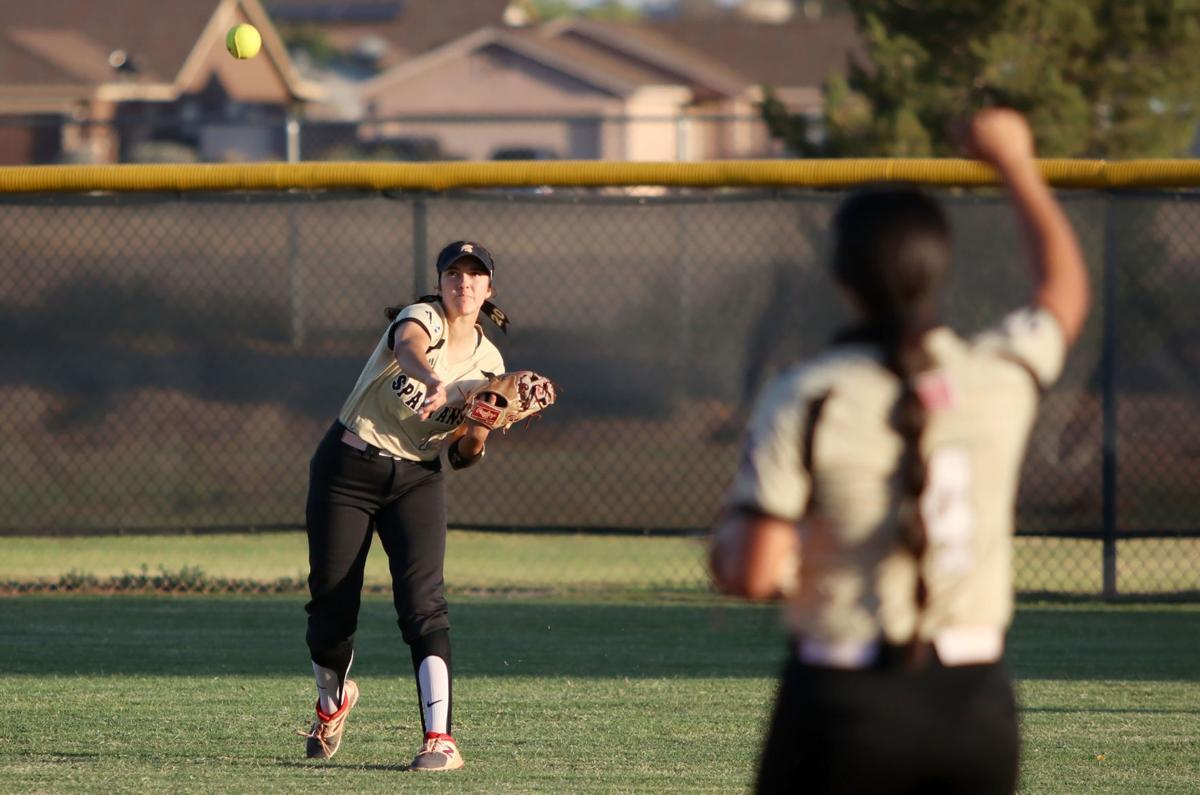 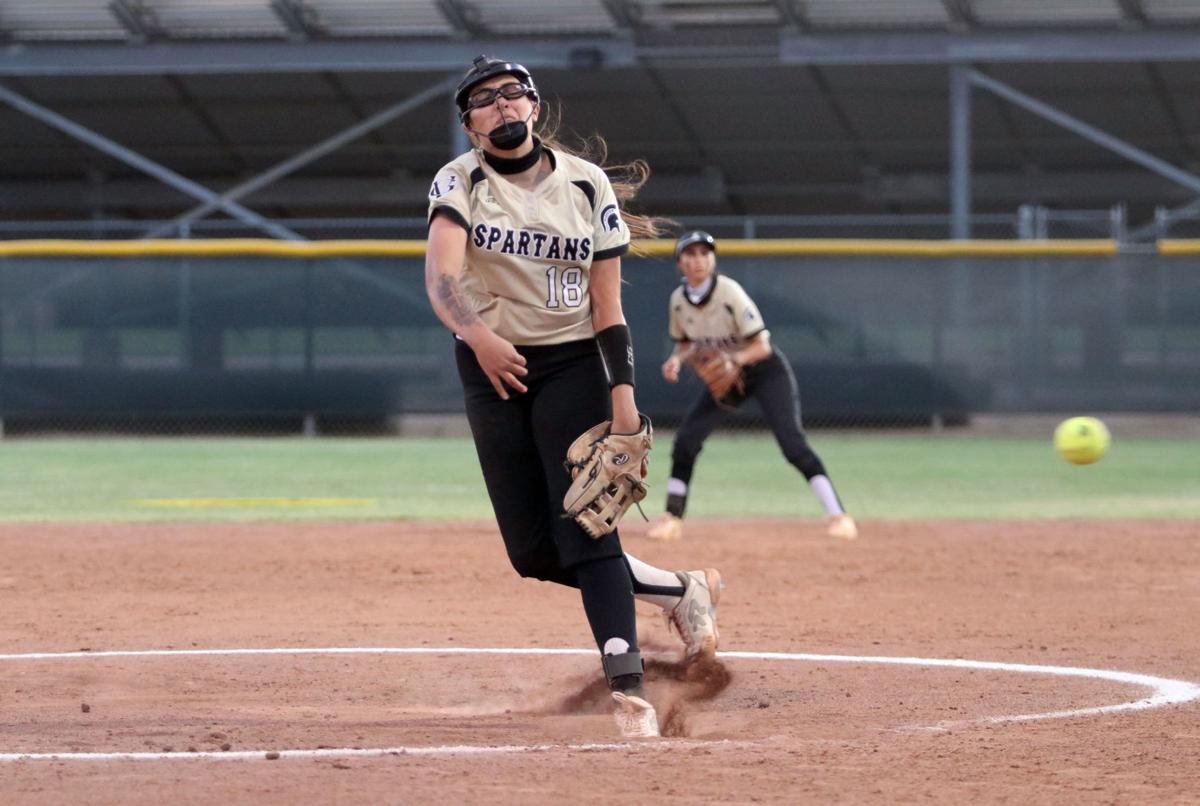 Vista Grande’s Selena Perez, left, celebrates on her way back to the dugout after hitting a two-run home run against visiting Buckeye Union on Monday.

“From last (season) when we went 9-2 and with the pandemic happening, I knew I had a solid team,” Vista Grande coach Rudy Valenzuela said. “They were solid and I could not wait for this year, for the season to start. The young ladies that I have right here, they are solid.”

Like a well-oiled machine, with Alyssa Tinnin in the circle and a defense behind her that did not commit any errors, the Spartans (15-1) defeated Buckeye Union 12-0 in five innings.

Offensively it was a big night for Brooklyn Flores, Illeana Cosillos, Bri Jorgensen and Jazzy Joaquin, as they all went 2 for 3 with at least one RBI.

Junior Selena Perez had the biggest hit of the night, a two-run homer in the second inning to put the Spartans up 6-0.

Vista Grande scored one run in the first inning before exploding for a five-run second inning.

Bri Jorgensen and Joaquin racked up back-to-back singles to center field before Rheayln Encinas drew a walk to load the bases with no outs.

Flores drove in Jorgensen and Joaquin on a single to center field, and Ashlyn Dela Cruz loaded the bases for a second time with a hard grounder to right field.

Amyah Boostedt grounded out for the first out of the inning but drove in Encinas from third. Flores was a little too aggressive rounding third and was caught off the bag for the second out.

Selena Perez nailed the second pitch in her at-bat for her fifth home run of the season as the Spartans led 6-0.

In the circle, Tinnin struck out the first five batters she faced. The junior tied her season high of 13 strikeouts while scattering two hits. It was the fourth game this season where she struck out 13.

With the final game of the season against American Leadership Academy-Queen Creek canceled, the Spartans have to wait for the playoff brackets to come out later this week to find out their next opponent.

“We’re going to focus on hitting and working the infield and outfield,” Valenzuela said. “Tinnin will do her pitching; nothing changes. They just have to work harder and get it in their mind that if we want to continue, we have to give it 110% and continue working hard, even at practice."

While Vista Grande didn’t have the most difficult schedule, two of its previous three games were against top seed Tucson Salpointe Catholic and No. 4 Oro Valley Canyon del Oro, which proved to be perfect timing and allows the Spartans to go into the postseason battle-tested.

“They can play with any team out there,” Valenzuela said. “Salpointe, ranked No. 1, we played with them toe-to-toe ... The young ladies know that they can play with anybody in the state; their goal right now is one game at a time. We have to start Saturday. Whoever we face, let’s play a good solid ballgame.”

If the Spartans hold on to the No. 2 seed, they will have the opportunity for home-field advantage all the way through the state semifinals.

“I’ve told them don’t look ahead, it’s one game at a time,” Valenzuela said. “They’ve got their goal set; I’m hoping that they’re ready to play some ball. You saw some good solid hitting; I think they’re ready. All we have to do is take control and win one game at a time. I love to see the fans here, and if we can get the fans here to support us, it’s better for us.”