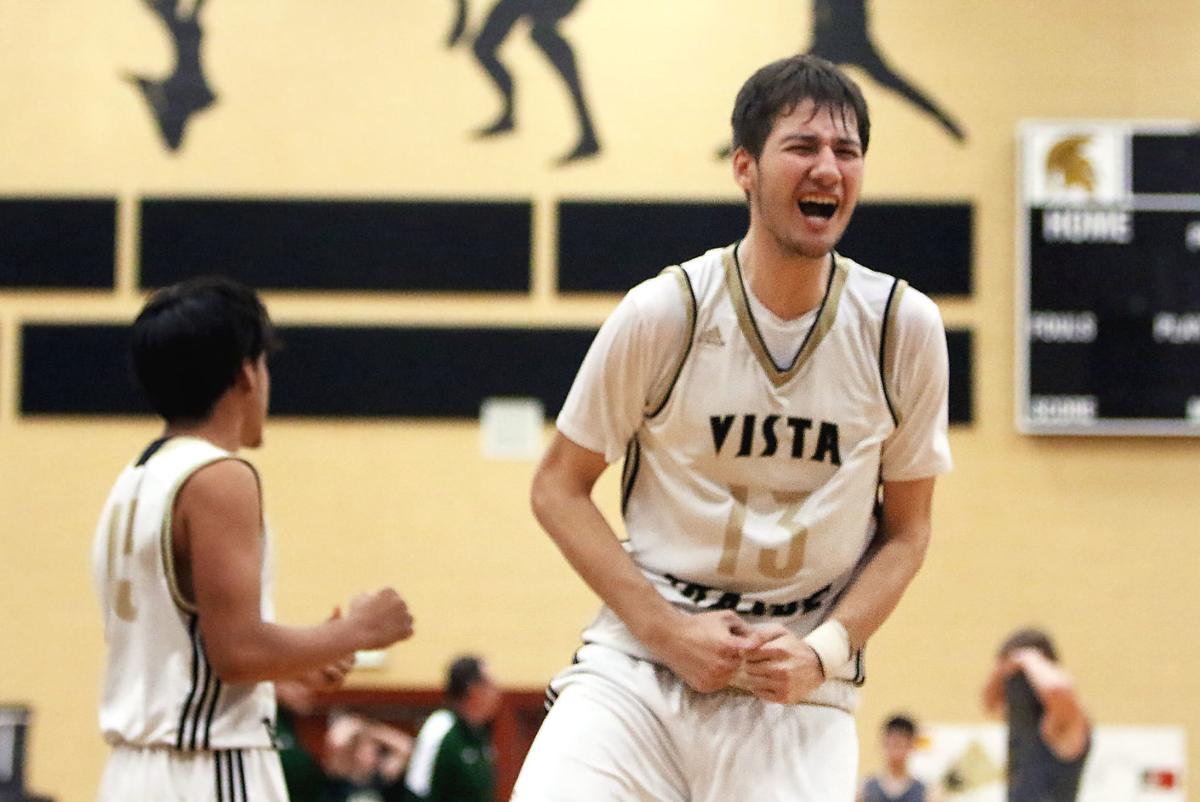 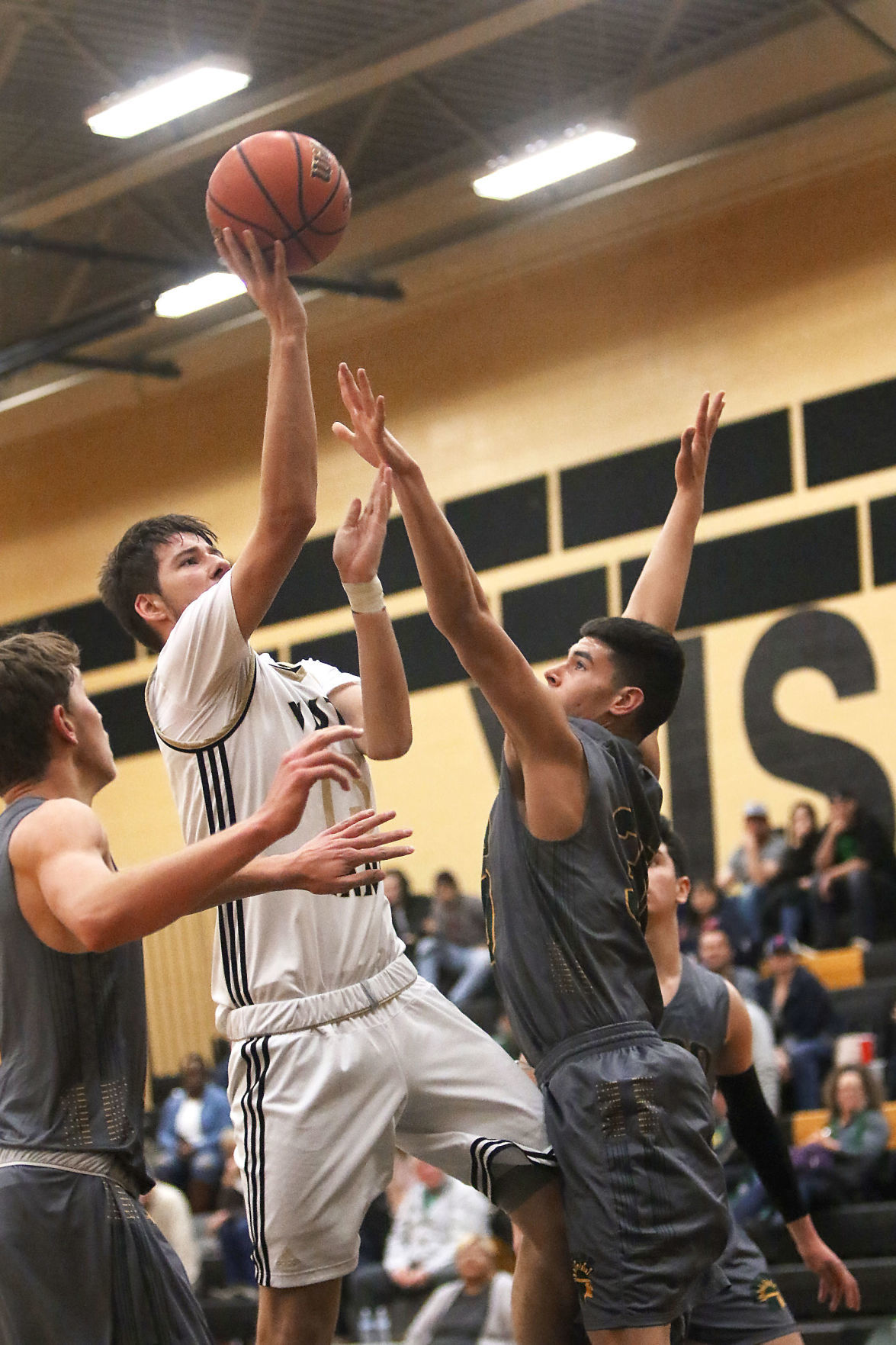 Vista Grande’s Chris Long goes up for a shot during the first half of the Spartans’ 69-68 win over Oro Valley Canyon del Oro on Thursday at Vista Grande High School. 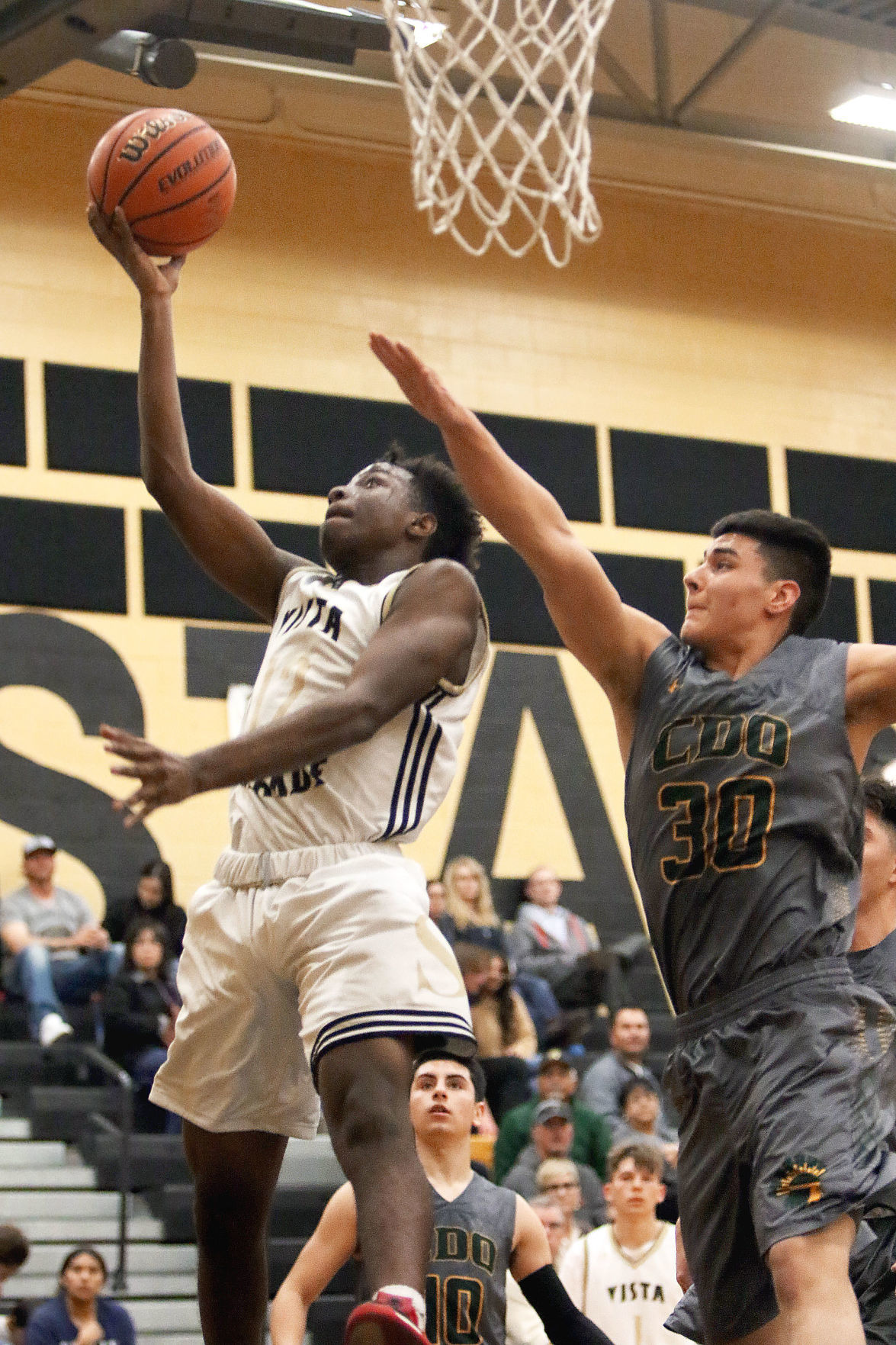 Vista Grande’s Chris Long goes up for a shot during the first half of the Spartans’ 69-68 win over Oro Valley Canyon del Oro on Thursday at Vista Grande High School.

CASA GRANDE — One defensive stop and nine seconds separated Vista Grande from its 10th win of the season.

It’s a feat that seemed absolutely impossible a year ago when the Spartans finished 4-12 with a roster of only eight players on the varsity squad.

But on Thursday night, it was right there within reach and all Vista Grande had to do was stop No. 23 Oro Valley Canyon del Oro from driving the length of the court and hitting a game-winning shot.

The Dorados would inbound the ball underneath their own basket and handed the ball to Dominick Amarillas who dribbled it up the court — pulled up from atop the key and released his shot as time expired. The shot clanked off the rim and sailed off it and bounced to the floor — giving the Spartans their 10th win and a 69-68 victory.

“We needed one stop and I thought that was a great stop,” Vista Grande coach Hank Bias said. “We were right there when the guy shot the ball and we didn’t give up a foul, we didn’t give up a lay up. We did some things not so well. But we are having so much fun together.”

The win, like everything else for the Spartans in the last few years, didn’t come easy. Vista Grande had to battle throughout as CDO took a 22-21 lead after the first quarter before the Spartans held a 38-37-halftime lead.

In the second half, it was much the same as the first half as the Spartans took a 50-46 lead at the end of the third quarter, and appeared to have the game well in hand with about 5 minutes left to play and a 12-point (63-51) lead.

But the Dorados went on a 16-3 run to cut the lead to 66-65 with about a minute left as turnovers plagued the Spartans down the stretch.

“It maybe one of the biggest wins we ever had here and I don’t know how we won that game, because we tried to give it away 10 times,” Bias said. “We made about every mistake you could make, but somehow we gave ourselves a chance to win the game.”

“I thought that was critical,” Bias said. “You have to hit free throws to win close games, big games and Josh (Juan) hit some and Deion (Brooks) hit some.”

Vista Grande entered Thursday ranked No. 36 in the latest 4A power rankings. The Spartans will close out regular season at No. 4 Tucson Salpointe Catholic where Bias said there could be an outside shot that the Spartans could still make the playoffs.

“Holy smokes! Who would’ve thought that we would have an outside chance to get into the tournament,” Bias said referring to last year’s record. “That’s what they are saying on the computer. I guess we were the first team out on the computer. Somehow our strength of schedule and the teams that we play help us with those points. I know it’s crazy but we still have a fighting chance to sneak in through the back door.”