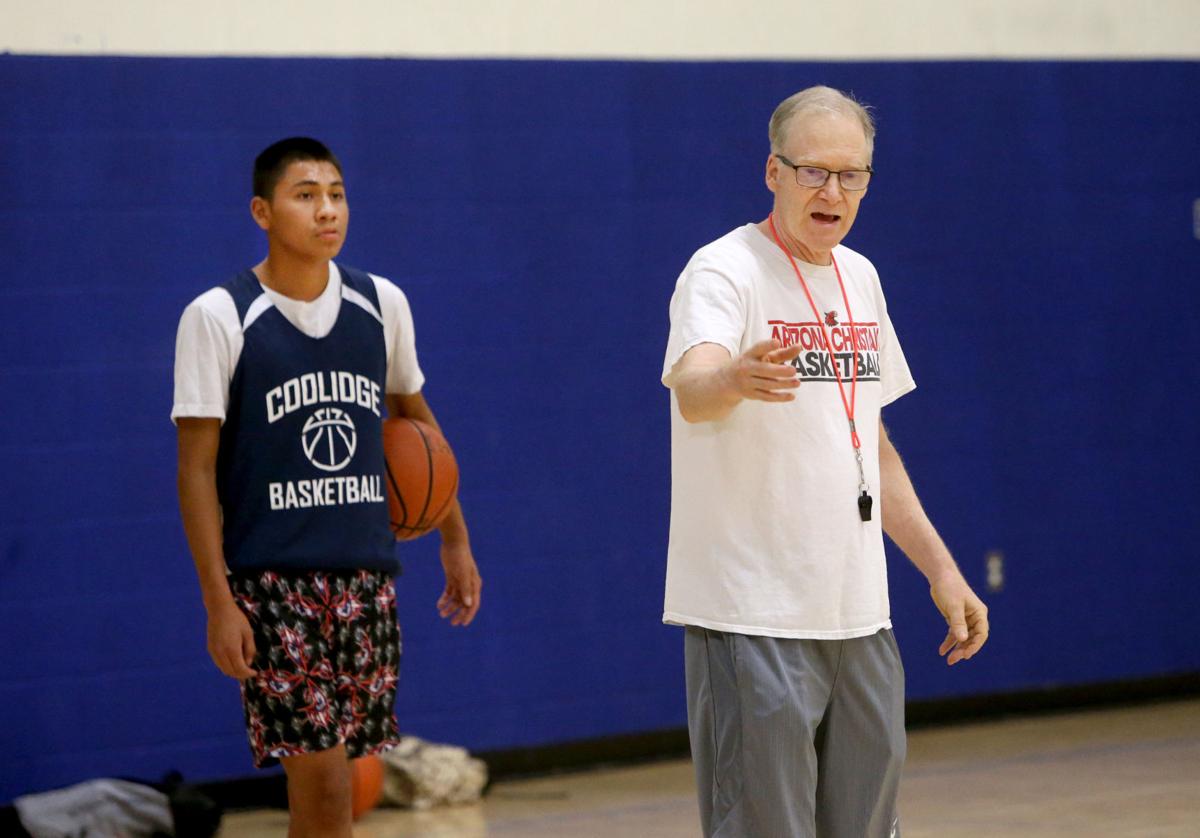 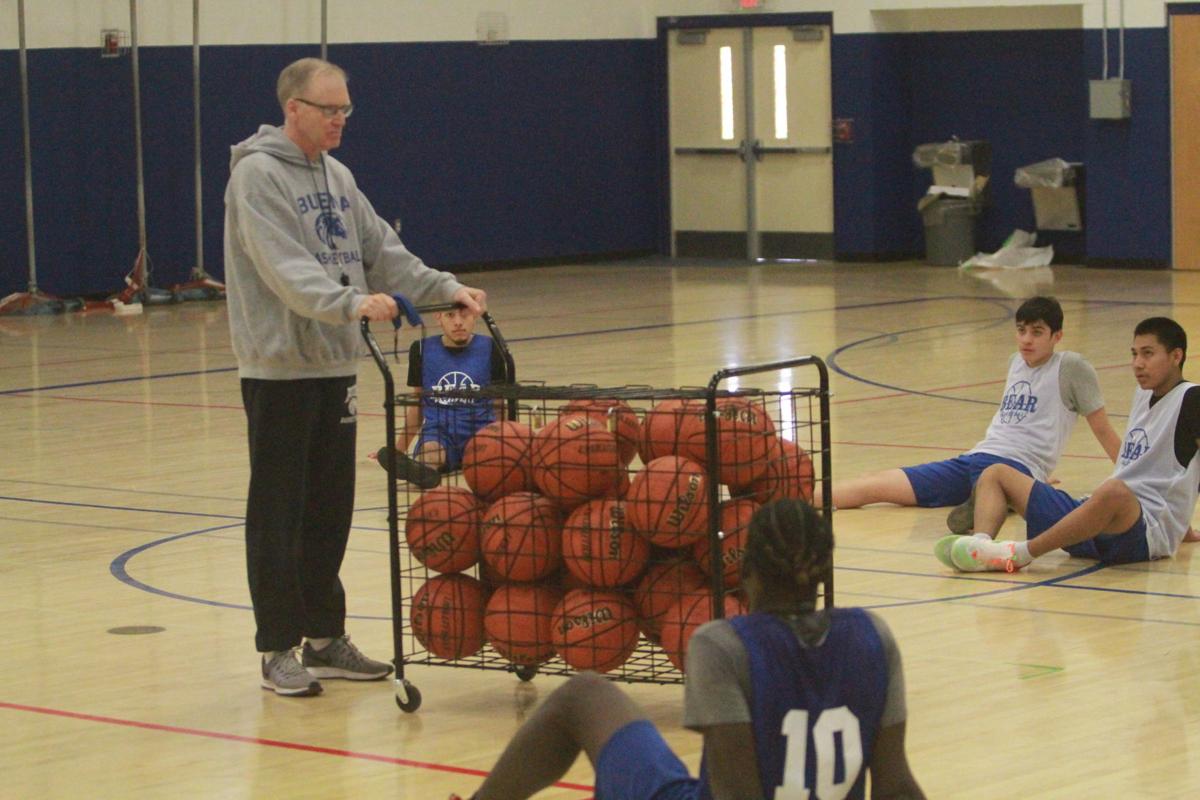 PHOENIX — In a move that came out of nowhere for many, the Arizona Interscholastic Association executive board voted to cancel the winter sports season Friday morning.

After deliberating in executive session for about two hours, board members held an open discussion before casting their votes.

The AIA’s Sports Medicine Advisory Committee, created during the summer to address public health concerns moving into the fall sports season, recommended the board cancel the season. That recommendation was made Thursday, as the SMAC cited Arizona having the nation’s highest rate of COVID-19 hospitalizations.

A press release from the AIA stated that 93% of all ICU beds and 92% of all inpatient beds in the state are in use, causing concern that students may not be able to access medical care if they are injured playing sports.

Even with those factors in consideration, it was still a razor-thin decision, as the AIA executive board voted 5-4 to cancel the season.

SMAC chairman Dr. Kristina Wilson said the outlook for COVID-19 was concerning enough to make the recommendation to cancel.

“Unfortunately, it is expected that the state will see a continued rise in COVID-19 hospitalizations for some time,” she said in a statement. “As medical professionals, we cannot in good conscience recommend that students engage in a winter season under the current conditions.”

Reactions across Pinal County ran the gamut, with shock, disappointment, sadness and support all expressed. But even the support came with sadness attached to it.

“If we have a medical advisory committee and they recommend to cancel the season and you go ahead and play, there’s an old legal term called exposure,” he said in a phone interview. “Unfortunately, we live in a world of liability, too. [The executive board] had to make that decision.”

There’s also a hard truth about how the pandemic is ravaging Arizona. Data has caused some health officials to classify Arizona as the hotspot of the world for COVID-19.

Robbins knows how hard this will be on the students. He sent emails to all his winter sports coaches Friday to let them know they could have one last practice that day in order to break the news to their players. He urged the coaches to be there for the kids and to try and answer their tough questions.

For questions the coaches couldn’t answer, Robbins encouraged them to forward those questions to him so he could attempt to get the kids answers.

“My heart is breaking for our kids because I know they will be disappointed. There will be some tears,” Robbins said, adding Casa Grande had “tough” kids and that they would ultimately be OK.

AIA executive director David Hines, who is not a board member, said in a statement that he understood the board’s position but was “saddened” by the decision, adding that club sports are continuing in Arizona.

“To the best of our knowledge, never in our 100-plus-year history has the AIA canceled an entire season,” he said. “We want nothing more than for our students to be active in school and participating in interscholastic sports and activities. It is my sincerest hope that all Arizonans will follow the CDC and Arizona Health guidelines by wearing masks, washing hands frequently, and practicing social distance to decrease cases and hospitalizations. If for no other reason, I hope we can do it for the kids.”

In Coolidge, PinalCentral had to break the news to boys basketball coach Dave Glasgow during his practice Friday.

Glasgow shook his head and stood in silence before calling his players together in the center of the court. He sat them all down and shared the news, expressing his disappointment and apologizing to them for not being able to prove themselves on the court after months of hard work.

“It just came as a huge shock,” he said afterward. “They’ve done everything I’ve asked. They’ve bought into a culture based on hard work.”

Coolidge star Nick Harrison was preparing to return to the court for the first time since missing his entire junior season with a torn ACL. Now his senior season with the Bears is over before it ever began.

“I have to figure out what’s the next move,” Harrison said. “Probably prep school, but I don’t know yet. That was one of the options, but I wanted to stay here because I’ve played all four years here.”

Harrison at least has options to fall back on, as he has already received offers to play at Benedictine University in Mesa, Humboldt State University in California and Perdue University Northwest in Indiana.

Whatever he decides to do, fresh off the AIA’s decision he was sad about the lost potential his Coolidge team had. Glasgow said he really believed they could have made the state semifinals this season, and Harrison agreed.

“We were going to be one of the top contenders, an underrated team,” Harrison said. “We had a lot of chemistry coming into this year, and we got a new coach coming in who knows what he’s talking about. Everybody got better.”

“When I had to break the news to the girls, I had most of them in tears,” she said. “They’ve been working super hard since the summer and since we started in November. We kept getting told, ‘it’s pushed back, it’s pushed back’ and then I feel like the rug was kind of taken out from under us. I’m super frustrated but I’m trying to stay positive for the kids.”

Bix said it should have been left up to individual districts and players to decide whether or not they want to accept the risks of playing during a pandemic.

Cortney Kellenaers, who coaches both boys and girls soccer at Maricopa, was also saddened by the news. He said he understands the reasons for the decision, but that doesn’t soften the blow for him or his players.

“I am disappointed to say the least. I love coaching high school soccer and sad I will miss out,” Kellenaers said. “More importantly, I am sad for the students and especially the seniors that have given years to the program and the game. There really are no words that can adequately express the feelings conjured with this decision.”

It’s inevitable that many athletes will go play club sports or try to hop on with charter schools, mostly in the Canyon Athletic Association. It’s unclear how this will look when all the chess pieces start moving.

The AIA still plans on having a spring sports season, but that’s all dependent on the state of COVID-19 infections and hospitalizations in Arizona and how that trends in the next couple of months.

Joey Chenoweth is the county editor at PinalCentral and the editor of the Maricopa Monitor, Coolidge Examiner, Florence Reminder & Blade-Tribune, and Pinal Ways Magazine. He can be reached at jchenoweth@pinalcentral.com.