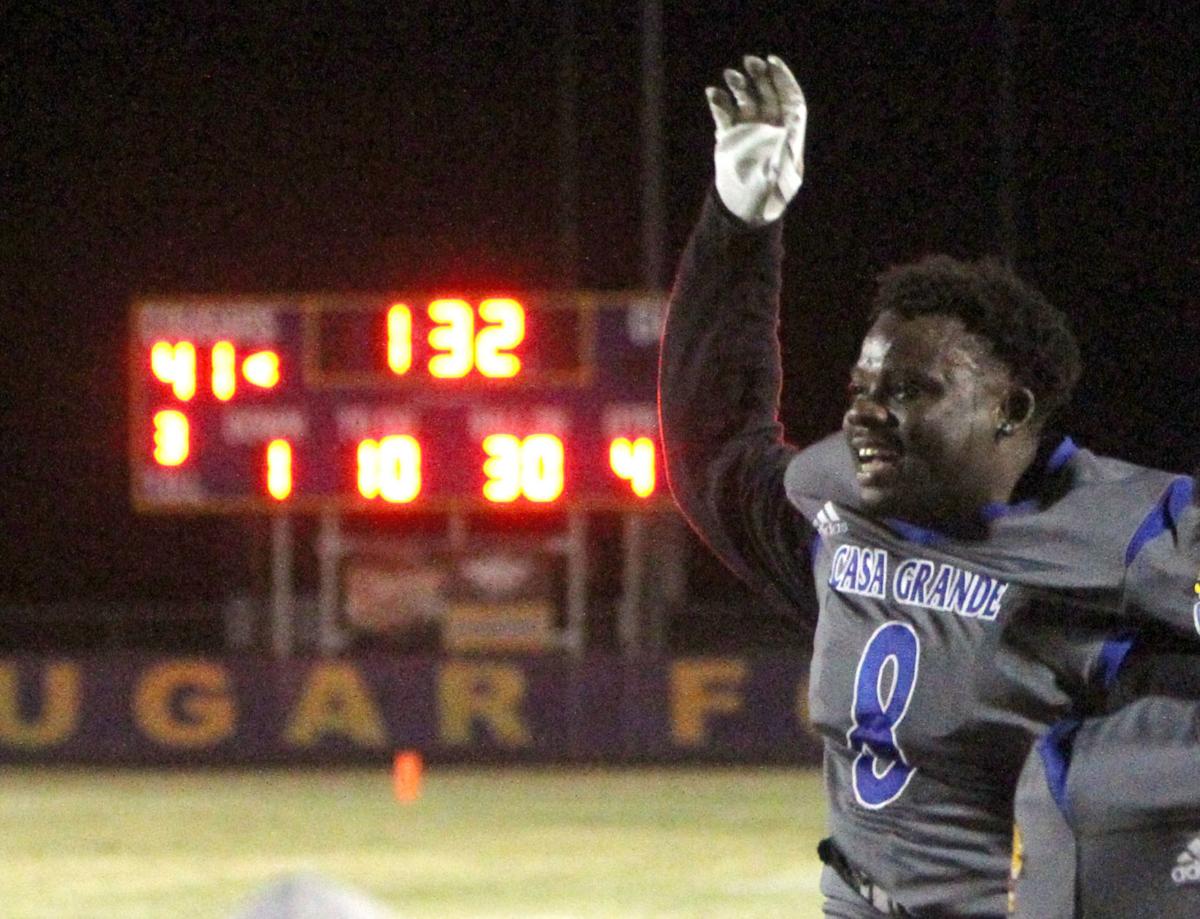 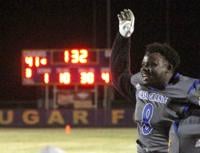 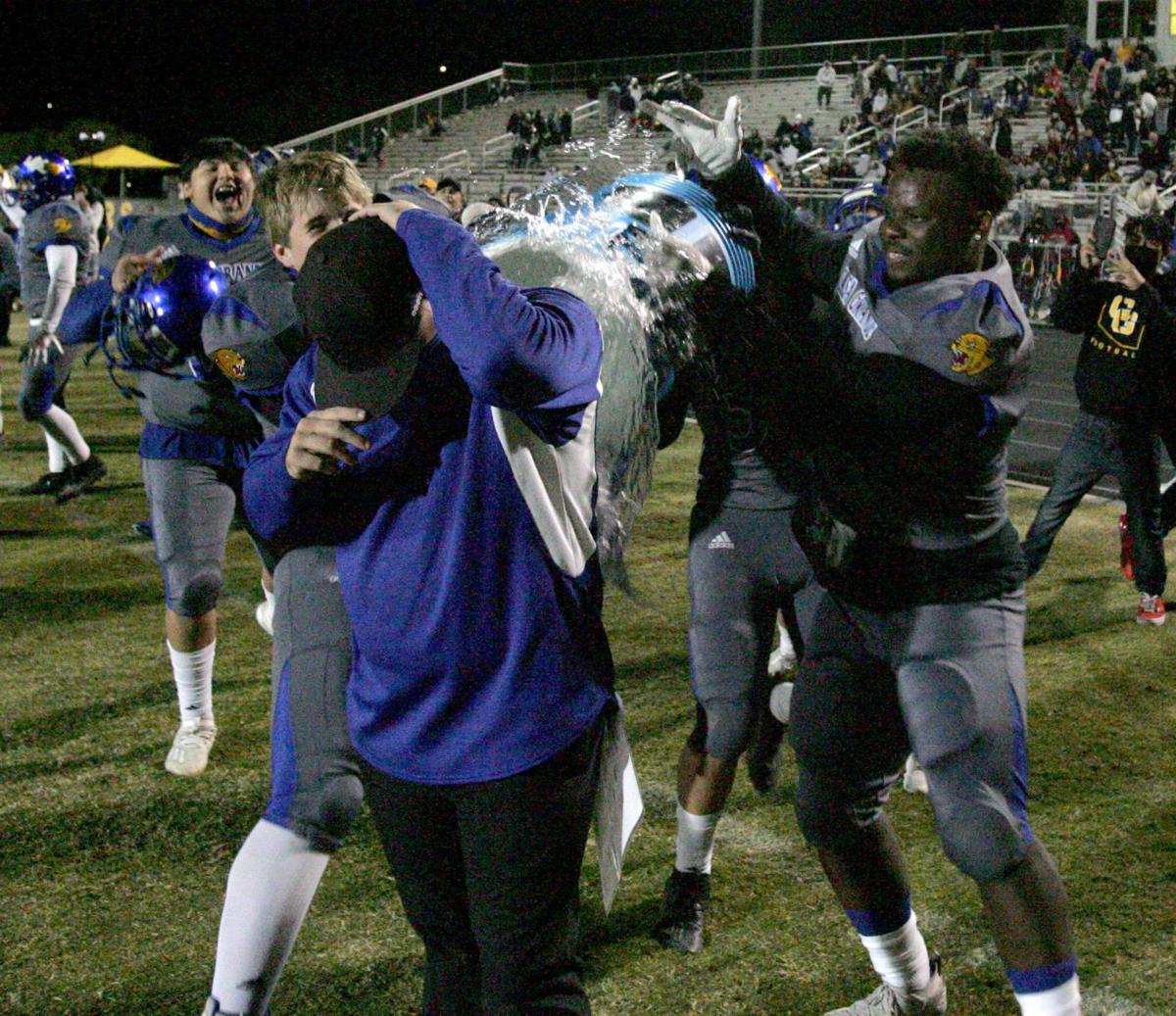 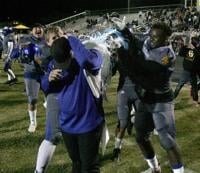 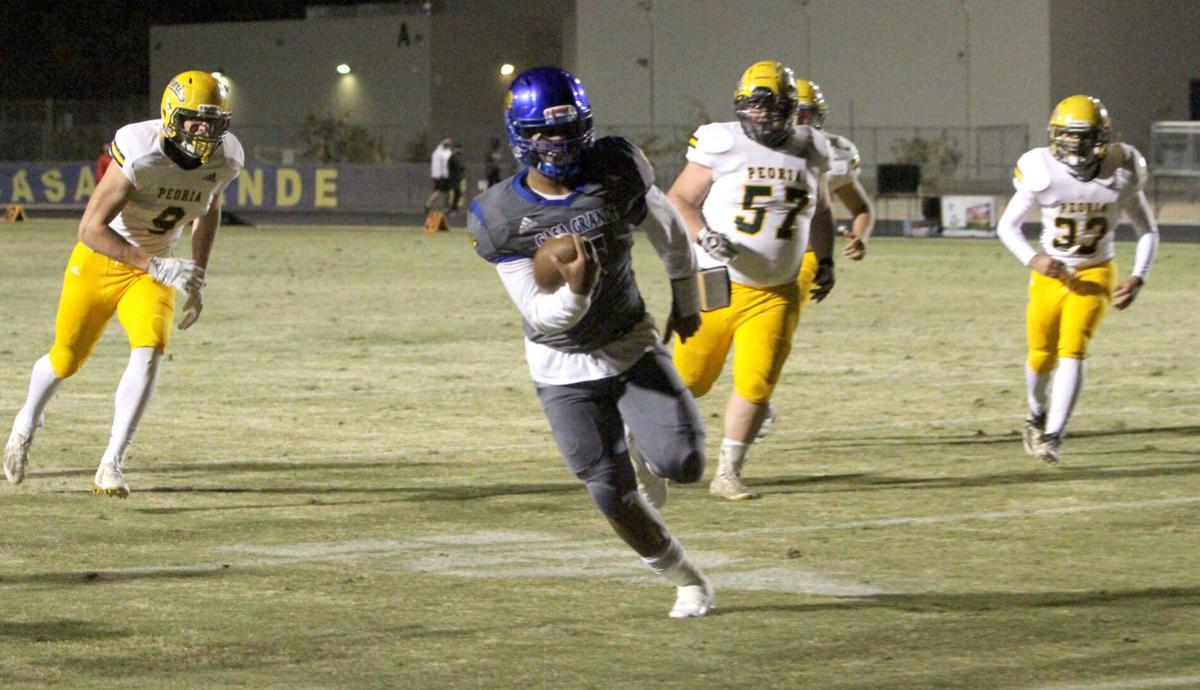 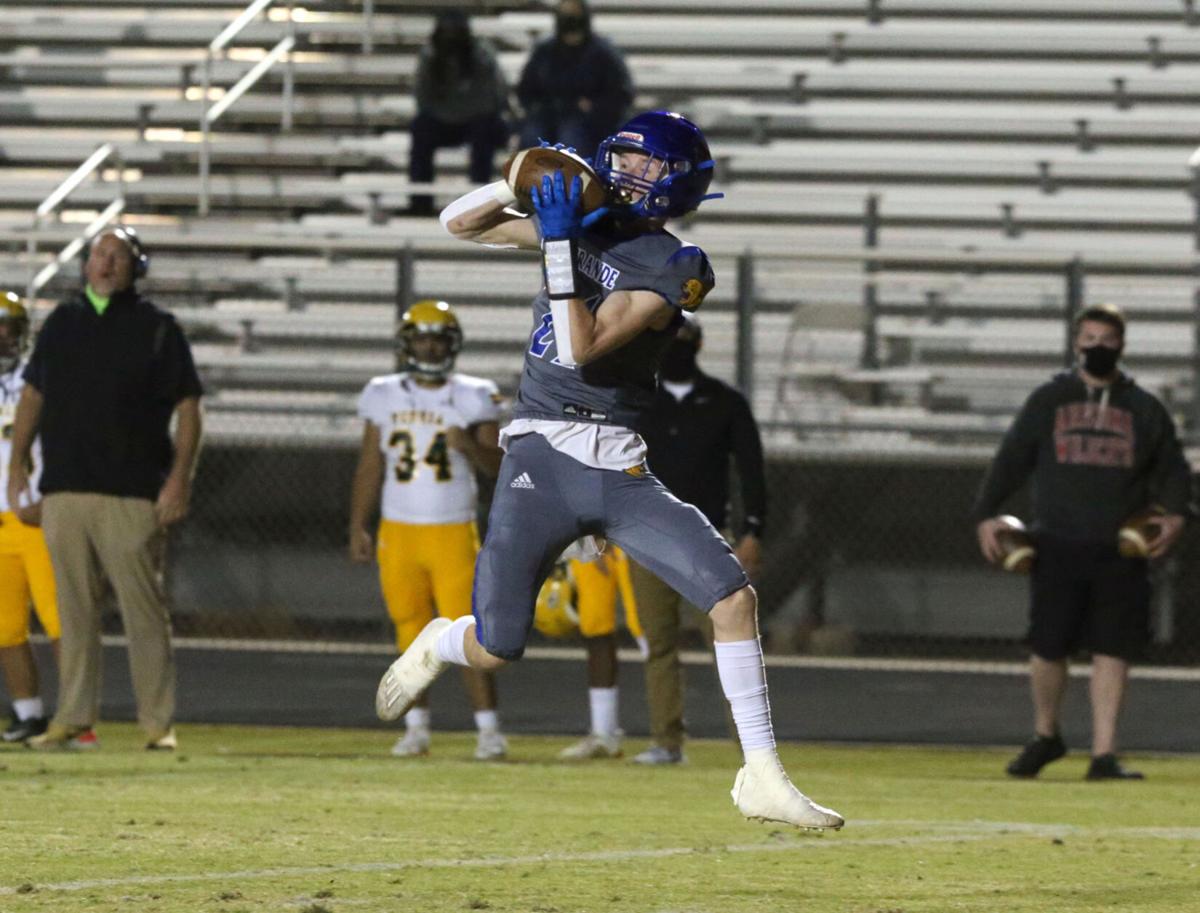 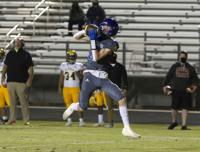 CASA GRANDE — Resiliency and relentlessness have been hallmarks thus far in a historic postseason run for the Casa Grande Union football team.

The Cougars fell behind four times in last week’s 47-30 victory over Peoria in the 4A quarterfinals at Al Van Hazel Stadium. Each time they responded with a go-ahead score. The seventh and final lead change came early in the fourth quarter when CG Union — seeded No. 1 in the Class 4A state tournament — went ahead to stay at 34-30.

The previous week in the play-in round, the Cougars trailed Lake Havasu 21-7 with 4:58 left in the second quarter. The score was 28-28 with 10:18 remaining in the third before CG Union erupted for 34 unanswered points to secure a 62-28 victory.

In both playoff games, the Cougars (7-1) outscored their opponents 20-0 in the final period.

“It’s definitely one of the major signs of a good football team,” CG Union coach Jake Barro said. “The kids keep fighting back and chopping away, and we’ve been able to pull away in the fourth quarter.”

“We’ve played at a high level all year, but we’ve definitely stepped it up a notch,” Barro said. “Even when the other team scores, we know we can answer. Our offense can move the ball pretty much on everybody.”

CG Union has scored 41 or more points six times in winning seven straight since a season-opening 29-21 loss to 5A Tucson Salpointe (7-0), which has advanced to the Open Division semifinals. The Cougars average 46.1 points and 472 total yards (310 rushing, 162 passing).

“When you’re able to run the ball as effectively as we do, you’re able to control the game,” Barro said. “The only thing that has hurt us is penalties.”

RJ Keeton rushed for 235 yards and three touchdowns on 18 carries, and quarterback Angel Flores had 117 yards and two TDs on 13 attempts against Peoria (4-4). CG Union’s other touchdowns came on a 30-yard reception by Jett Hale and a 13-yard interception return by Justin Campbell.

Keeton’s first TD covered 44 yards on fourth-and-21. It came on a fake punt that wasn’t planned.

Keeton’s 75-yard touchdown run put the Cougars ahead 21-13 in the second quarter, and he also had a 42-yard pass reception.

CG Union converted on fourth-and-28 in the fourth quarter when Hale gained 34 yards on a pass reception that advanced the ball to the Peoria 14. Trailing 30-27, the Cougars went ahead to stay when they reached the end zone two plays later on an 11-yard run by Flores.

“We felt like they were giving us the deep ball, and that if we converted it would make it tough on them,” Barro said of the high-stakes gamble.

The CG Union defense surrendered a 60-yard TD run on Peoria’s first play from scrimmage, a 50-yard touchdown run and a 75-yard scoring pass in the third quarter that gave the Panthers a 30-27 lead. But despite allowing 440 total yards (195 rushing, 245 passing), the Cougars also forced six turnovers, which they converted into four TDs.

Next up is a semifinal clash Friday at Al Van Hazel Stadium against fourth-seeded Glendale Cactus (7-2). The Cobras average 36.6 points and 347 total yards (177 rushing, 170 passing) and are coming off a 41-7 win over previously undefeated Flagstaff Coconino. Cactus defeated Peoria 43-0 in Week 2 of the regular season.

CASA GRANDE — It took guts and toughness, but the Cougars made history Friday, advancing to …

CASA GRANDE — A year ago, Casa Grande was a pleasant surprise in the 4A state quarterfinals.…

Keeton a TD machine for No. 1 Cougars

CASA GRANDE — When RJ Keeton is handed the football, chances are better than one in four he …

CASA GRANDE — Trailing 21-7 with 4:58 remaining in the second quarter, the Casa Grande Union…

CASA GRANDE — The Class 2A, 3A and 4A football games that will be played Friday are called “…

MESA — In reality, it only took Casa Grande one quarter to beat Mesa Dobson on Thursday. It …