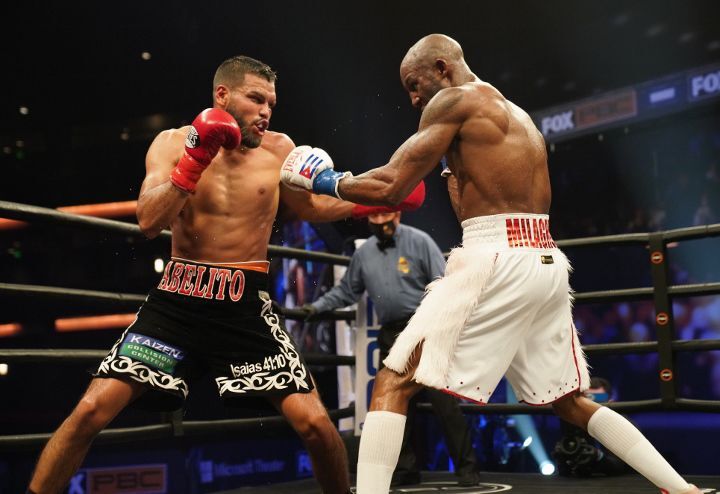 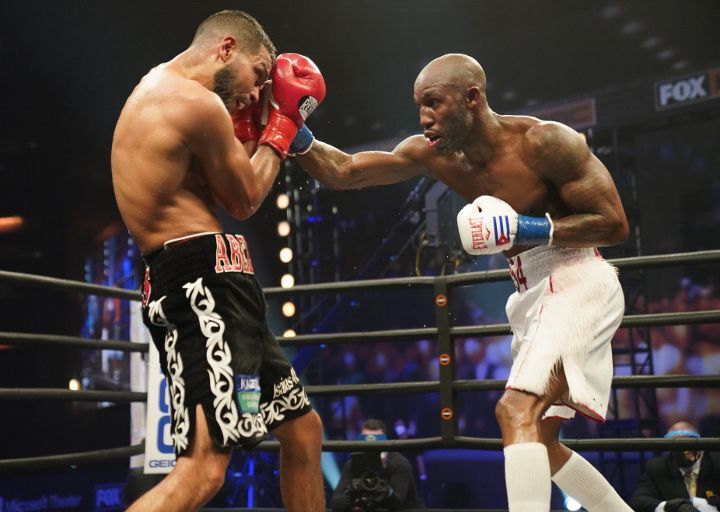 LOS ANGELES — Abel Ramos was in the best shape of his life and gave Yordenis Ugas a tough fight Sunday. The effort was not quite enough for Ramos, as he walked away without the championship belt he so desires.

The scoring immediately became a major controversy. On the Fox broadcast, the ringside announcing team of Brian Kenny, Joe Goossen and Lennox Lewis thought Ugas controlled the fight and won a vast majority of the rounds. Fox’s unofficial ringside scorer scored the fight 120-108 for Ugas.

Punch stats were significantly in favor of Ugas — he landed 233 total punches to 109 for Ramos, according to Compubox, including a career-high 160 jabs.

“It was a tough fight and tough fight to score as well,” Ramos told PinalCentral in a text message Monday. “I think I landed the more hard telling punches. I rocked him twice in the fight almost dropping him and he never hurt me. Some judges like that more and some judges like more volume punching.”

Ramos, of Casa Grande, had to be somewhat cautious fighting Ugas, known as a devastating counter-puncher who can make fighters look silly if they are overly aggressive.

But once the fight got into the later rounds, Goossen was urging Ramos to go for broke and get into a war with Ugas. He said Ramos had to go for the knockout to have a chance to win.

Ramos, who increased his punch output later in the fight, was satisfied with how he executed the game plan.

“I think we fought him the best way possible,” he said. “Ugas is (a) very experienced fighter and I had to be careful not to make many mistakes.”

Ugas, of Cuba, said he finally attained his childhood goal of becoming a world champion.

“Ramos was a very tough opponent and I knew it was not going to be easy, but I wasn’t going to let this opportunity slip away,” he told Fox reporter Heidi Androl after the fight.

Ramos said the boxing experts wrote him off before the fight, giving him no chance against Ugas. He said many of them predicted Ugas would run right through him without much difficulty.

“I proved to everyone that I belong among the best welterweights in the world,” Ramos said. “I gained a lot of experience in this fight. I can’t wait to get back to work and improve all the things I learned.”

The Ramos family still achieved victory Sunday. Ramos’ nephew Jesus Ramos, a 19-year-old prodigy, was sensational in a blowout victory over undefeated Esteban Garcia in a 140-pound fight on the undercard.

Jesus Ramos (13-0, 12 KOs) dominated the fight from the start and achieved a second-round TKO stoppage after landing several hard blows, putting Garcia in trouble near the end of the round.

The win was just the latest in a string of impressive victories for the Casa Grande teenager, a dangerous fighter on the rise in the welterweight division.