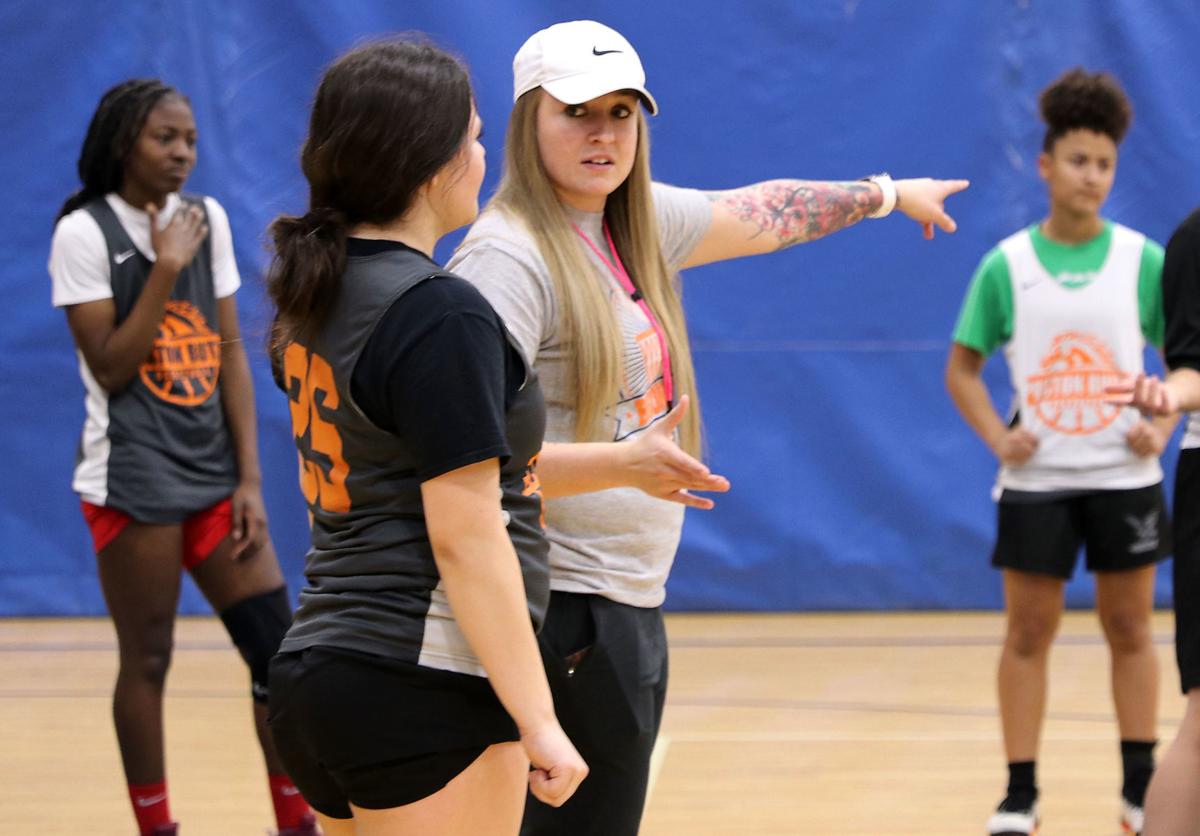 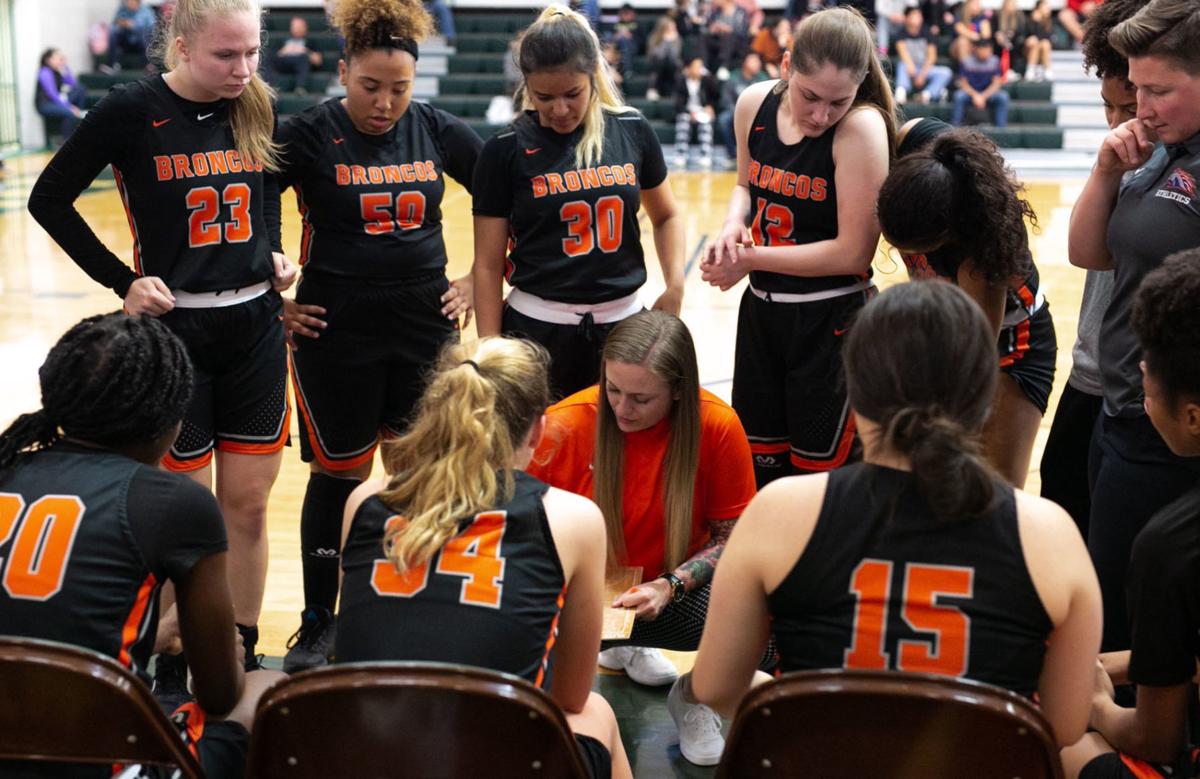 Poston Butte girls basketball coach Savannah Bix maps out a play during a game this season.

Poston Butte girls basketball coach Savannah Bix maps out a play during a game this season.

SAN TAN VALLEY — Two seasons ago, many of the girls in the Poston Butte basketball program questioned whether their love of the game was enough for them to continue putting up with a toxic environment.

The situation was so bad that many were really thinking about stepping away from the game without a second thought.

Then Savannah Bix entered the picture.

The Broncos coach not only turned the program around – she has also made a personal connection with the girls in a way no other coach had.

“It’s life-changing,” senior Taeylor Reece said. “I love it now. It was rough sophomore year, and I didn’t want to play. The athletic director said they’d get a new coach, and then I was like alright, I’ll go check it out. Last year was honestly one of my best years here. [Bix] does so much for me, it’s like having a second mom.”

Bix’s basketball background consists of playing in Flagstaff during high school and then continuing on to New Mexico Highlands University. She also coached a club team and was a junior varsity coach at Scottsdale Desert Mountain.

When Bix took over at Poston Butte last year, she admitted it was a challenge to get girls to come out for the team. She even had to hold a second tryout because of low numbers, but now all they want to do is play basketball.

Bix also credits her assistant coach, Sierra Aulik, with helping establish a culture that wasn’t there before.

“It was hard at first because she’s a lot different than other coaches that we had previously, but her personality and everything made it a lot easier for us,” senior Alexis Sams said. “The environment here this year and last year is so much better than the previous years, and she makes it fun for everyone. Even when we’re losing, it’s still fun to play and learn from her.”

Bix has tried to bring a family aspect to the program, something she picked up from her high school coach.

“He was my rock, and sometimes for a lot of those kids, their parents are working multiple jobs, and they’re not always home,” she said. “Truthfully, basketball is such a small aspect of this whole thing.

“I use basketball to teach those intangibles and to teach the life lessons, but really I just want to make them better people and give them that person that they can go to about things, help them with their college journey, if they choose to do that, or career journey. Just be that person that is not much older than them and I can still be relatable to, stuff like that but also give them that shoulder to lean on and kind of be that role model to look up to.”

Bix understands that having working parents means that sometimes they’re not able to be there for everything. That led to one instance where she stepped in to fulfill a parental duty.

“She brings so much dedication, and she’s done so much for us,” junior Sidney Mixon said. “It’s not just basketball, it’s also to better the people within. My mom was out of town, and she took me to a doctor’s appointment. I don’t think any other coach would really do that. She’s family to me, the whole community here is like my family, and I know that I can come to them, especially coach (Bix) whenever I need anything, I know I can trust them and they’ll be there for me.”

The Broncos are No. 20 in the 4A power rankings, giving them a great chance to make the 4A state playoffs, which would be the first time in program history. Whether they get that experience or not this year, there’s no doubt Bix has already had a major impact.

“Some of these kids are returning, and they haven’t played since freshman year when we all didn’t know if we wanted to come back,” said Reece, Poston Butte’s leading scorer. “She really changed it here and just put it in a positive direction. Coach Bix is probably one of the most inspirational people I know and listen to, she’s doing big things out here.”

Broncos ready to move past loss, look ahead to playoffs

SAN TAN VALLEY — Back in December, Poston Butte coach Savannah Bix said the goal for the Broncos was to make the 4A playoffs.

FLAGSTAFF — The 12th-seeded Coconino Panthers got just what they expected from No. 21 Poston Butte in the 4A girls basketball play-in round Th…