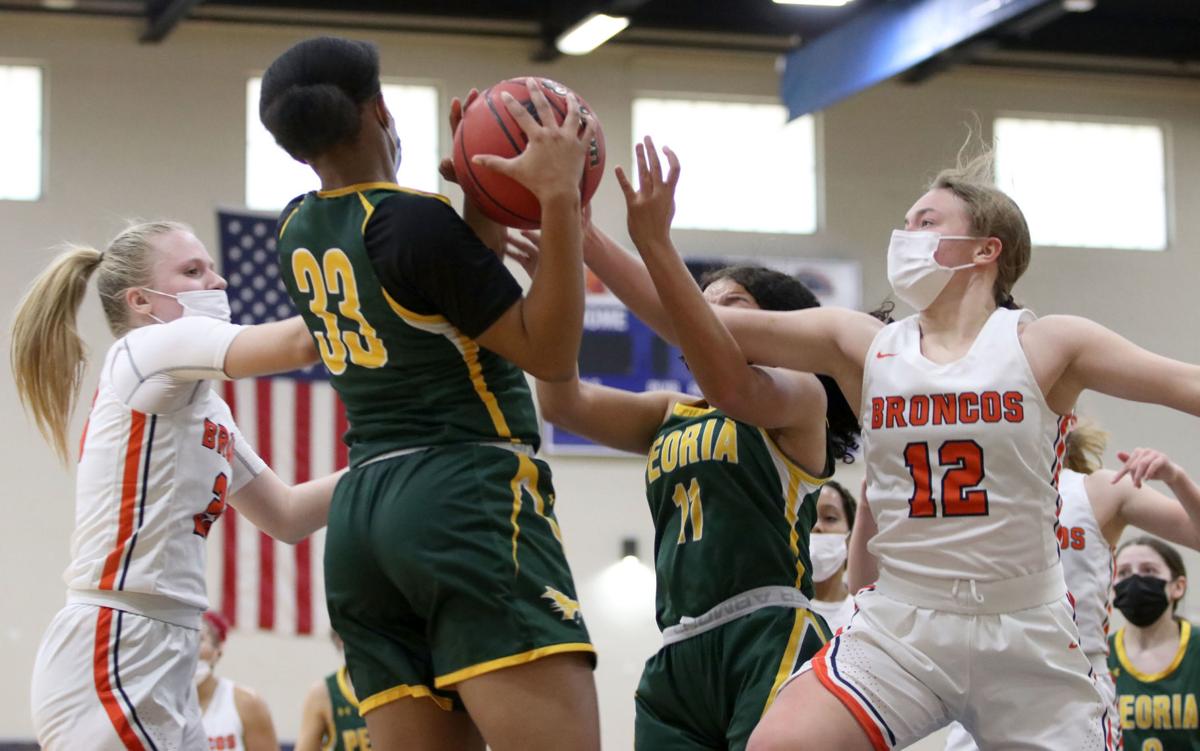 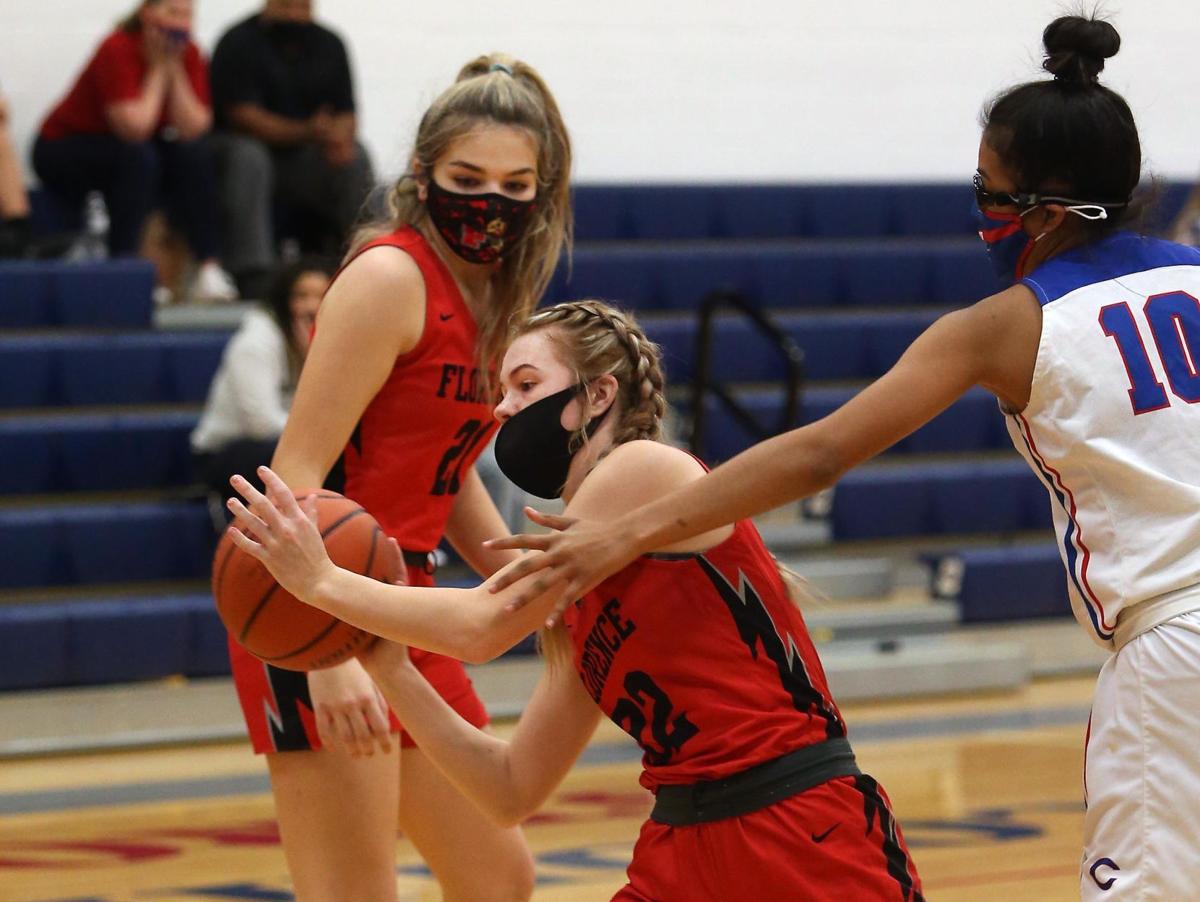 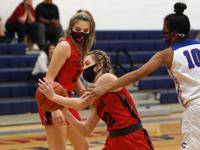 With just two weeks until the start of the state tournament, the good basketball teams are starting to separate from the pack. Here’s PinalCentral’s latest power rankings of the season for girls basketball.

After starting the season 9-0, the competition level ramped up significantly for the Coyotes in their next two games, both losses. They were defeated 45-31 by No. 2 Gilbert Mesquite and 58-50 by No. 11 Tucson Pueblo. Combs then bounced back with a 37-17 win over San Tan Foothills last Thursday. Junior forward Acacia Melvin had 17 points, 10 rebounds and four steals against Pueblo.

A three-game winning streak has strengthened the Gophers’ position as a state playoff team. Florence reeled off consecutive wins over Coolidge (5-7), San Tan Foothills (3-8) and Tucson Pusch Ridge (1-11). Defense is the name of the game for the Gophers, as they are holding opponents to just 33.7 points per game. It’s been an impressive season so far for an inexperienced team that looked to be rebuilding.

The Broncos rebounded from a tough 38-37 loss to No. 30 Peoria last Monday with a win over No. 31 Phoenix Shadow Mountain the next day and No. 21 Buckeye Youngker on Friday. Poston Butte’s version of the Killer B’s — sophomore Adriana Bachman and junior Sierra Badger — are tied for the team lead in scoring at 12.6 points per game. Badger and sophomore Kilah Fowler each had 16 points and Bachman added 13 against Youngker.

It’s Brooklyn Pablo’s world. While the Bears have plenty of shortcomings, their star junior is carrying them as far she can. Pablo is averaging 14.9 points, 11.3 rebounds and 5.0 blocks per game. Coolidge split its last two games — a 72-35 loss to No. 5 Thatcher last Tuesday and a 42-23 win over San Tan Foothills last Friday. In a memorable performance, Pablo scored 29 of her team’s 35 points in the loss to Thatcher.

Seeing Maricopa play anything other than high-level competitive basketball is strange. The program was one of the more consistent teams in 5A over the last decade-plus. However, the Rams have had a tough time in their first year in 6A. Maricopa stopped a five-game slide with a 74-43 win over 4A Surprise Paradise Honors (6-5) on Friday. It was a balanced effort for the Rams, who had five players score in double figures, led by Shakaiya Irving with 13.

A four-game losing steak was snapped when the Spartans picked up a 64-32 win over Tempe Marcos de Niza (0-12) last Tuesday. Vista Grande was led by a monster effort from junior Jayla Scott, who outscored the entire Padres team with 34 points while hauling in an incredible 24 rebounds. She followed that up with 19 points and 12 rebounds in a 71-41 loss to No. 18 Scottsdale Saguaro (9-5) the next night.

This list is nearly unchanged from the last version, but Casa Grande makes a jump up one spot. After two straight lopsided losses to Tucson Flowing Wells (7-2), the No. 5 team in the 5A rankings, the Cougars drubbed winless Glendale Cactus 60-27. Kalyssa Fox went for 18 points and six steals in the win, and Aliyah Robbins added 13 points and 10 boards. Two freshmen, Sieana White and Kaydence Apkaw, continue to play productive minutes.

It’s a bit of a cluster for the teams ranked five through eight on this list. There may not be much that separates the four teams, although Maricopa plays at the 6A level. San Tan Foothills had a difficult last week, with losses to Florence, Combs and Coolidge extending its losing streak to six games. If looking for a silver lining, at least the game with Florence was somewhat competitive, as the Sabercats lost 53-41.

An absence of scoring punch has really hurt the Warriors, who average just 26.7 points per game. After beating Queen Creek Benjamin Franklin 36-34 on Jan. 29 for its only win of the season, ALA-Ironwood has lost six in a row, including a rematch with Benjamin Franklin. Senior Giselle Rodriguez leads the team in scoring (8.6 points) and rebounds (9.7) per game.

Things have gone from bad to worse for the Dust Devils. In two games last week, Santa Cruz Valley was defeated 45-16 by Phoenix Veritas Prep and then lost 67-4 to No. 9 Phoenix Christian. The Dust Devils have two games remaining in their season, as they travel to Phoenix Country Day on Tuesday and Heritage Academy Laveen on Friday.

Since the Pumas have still only played three games, I don’t think they deserve an official ranking. But it’s clear Sequoia Pathway would be at or near the bottom of these rankings even with a full compliment of games. Like Santa Cruz Valley, its last loss was particularly unsightly, a 71-7 defeat to No. 10 Phoenix Horizon Honors on Friday.