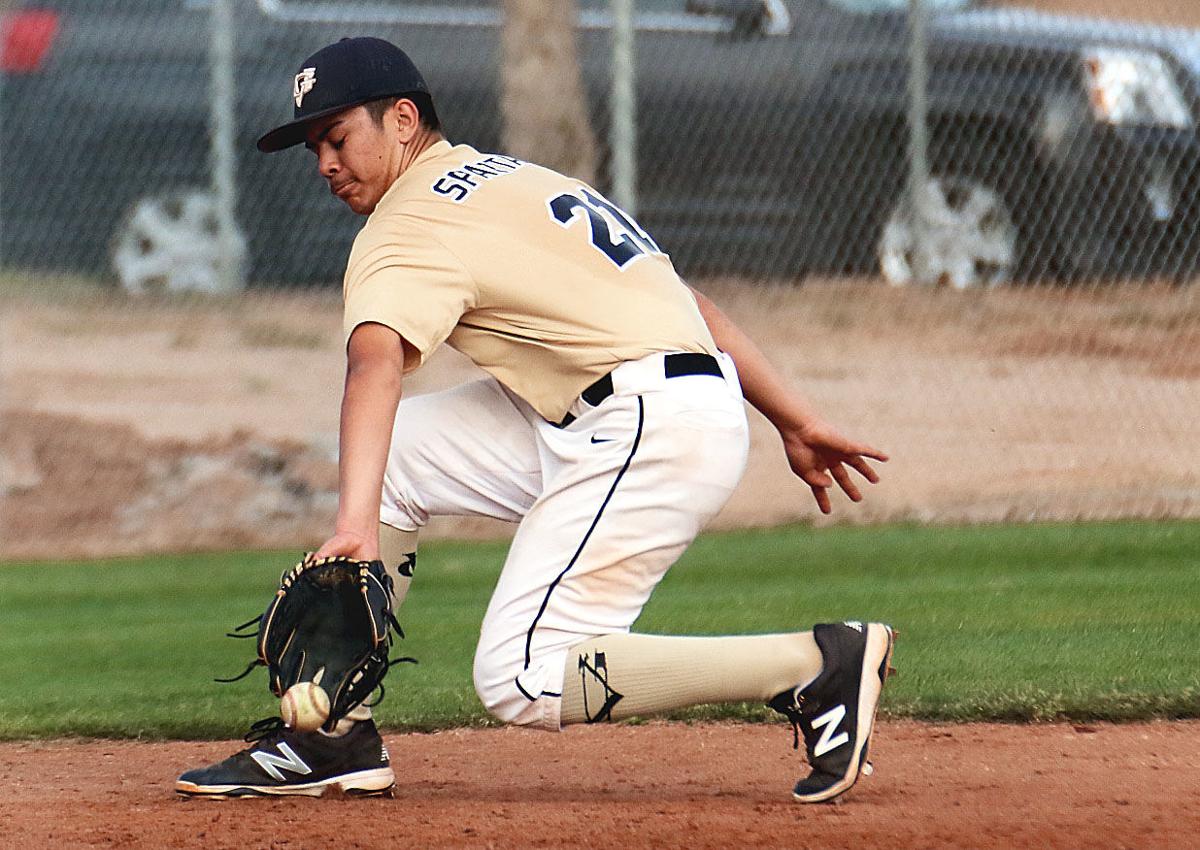 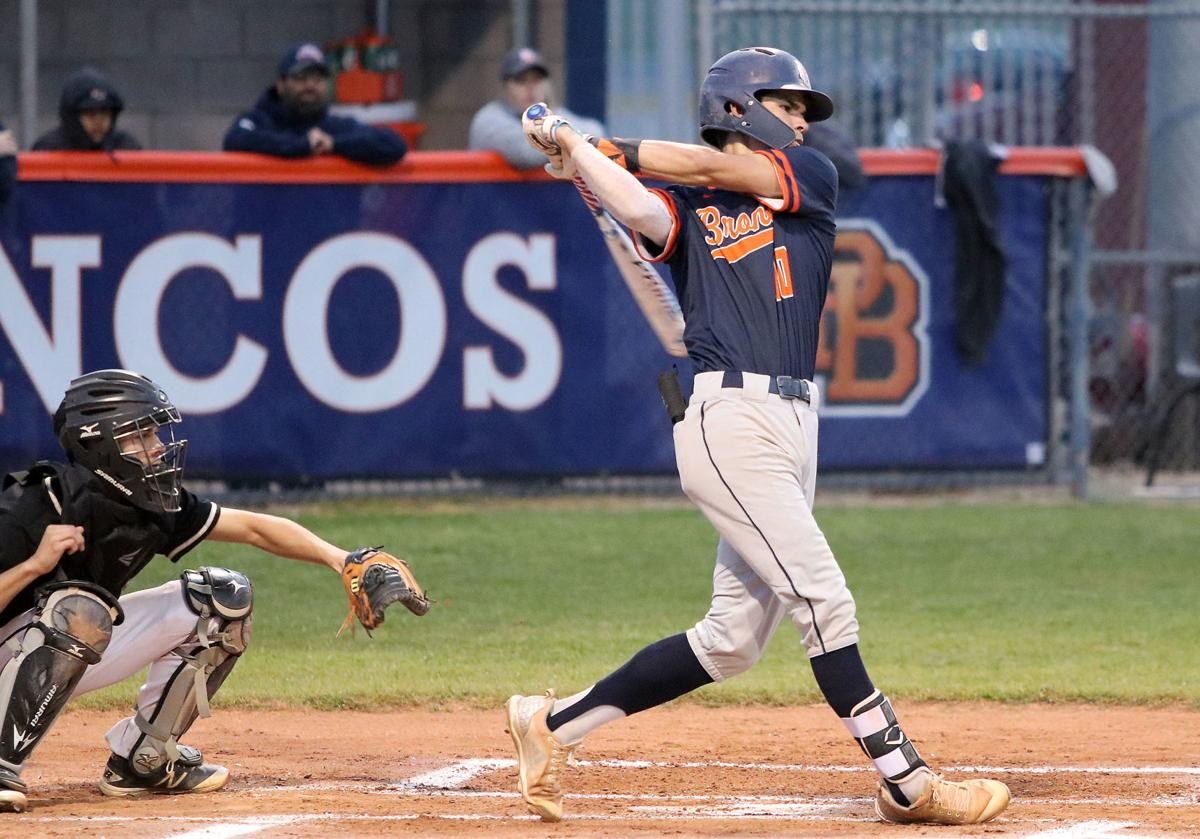 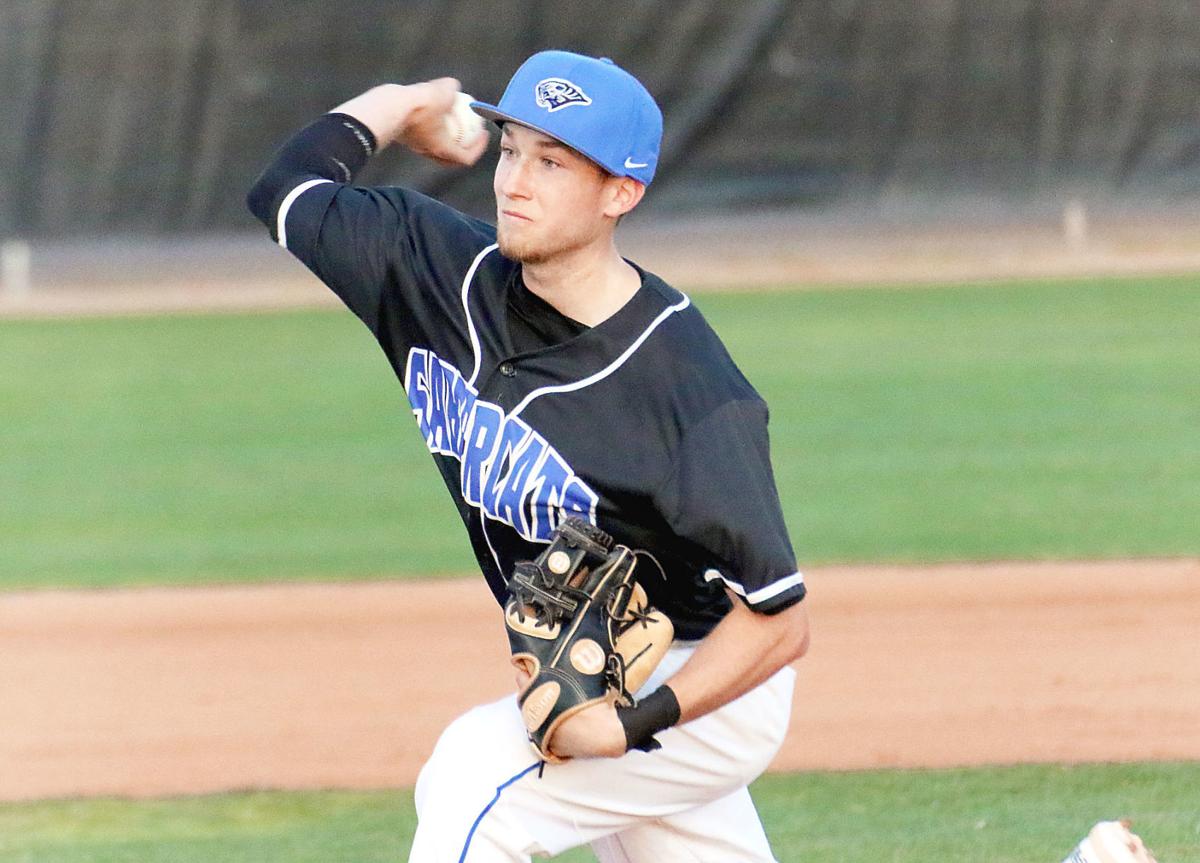 San Tan Foothills pitcher Trevyn Badger delivers a pitch during the Sabercats’ game against Thatcher on March 5 in Florence.

San Tan Foothills pitcher Trevyn Badger delivers a pitch during the Sabercats’ game against Thatcher on March 5 in Florence.

OK, so there’s no baseball. There’s no softball. There’s no anything right now. However, there is still a possibility the high school spring season will resume March 30 or later. With that in mind, here’s the first PinalCentral power rankings of the top baseball teams in Pinal County.

The best baseball team in Pinal County last season starts at the top in 2020. The Spartans may have lost two great players to graduation in Adam Belloc and Marco Ozuna, but they remain deep and talented. Sophomore shortstop Emilio Barreras is off to a blistering start, hitting .739 (17 for 23) with two doubles, three triples, a home run and seven walks in eight games. Vista Grande will be in contention for the 4A state title.

The Broncos made the play-in round of the 4A state playoffs last year, but they’re looking for more. They have won their first nine games of the season, outscoring opponents 86-20. Shortstop Junior Lopez has started the season hitting .417 with 12 runs scored, eight RBIs and five steals. The pitching has been very strong, with Octavio Flores (1.24 ERA), Tyler Child (0.45) and Ethan Hatch (2.47) sitting down batters.

Blessed with a very talented and dedicated senior class, the Sabercats should compete for a 3A state title. That senior class is led by Trevyn Badger and Frankie Gulko, both of whom can pitch, hit and field. Gulko has 12 strikeouts in 10 innings with a 0.70 ERA, and Badger has 15 strikeouts in 7 2/3 scoreless innings. Badger (1.044 OPS) and senior Damien Lyon (.900 OPS) are leading the team offensively.

The Coyotes won the 4A Black Canyon region last season, and they are strong favorites to repeat as region champions. Through seven games, Combs has beaten the teams it was supposed to beat and lost to the three best teams it played. The Coyotes are getting great offensive production from senior Tanner Johnson (.333, four doubles, seven RBIs) and junior Timmy Johnson (1.034 OPS, 11 RBIs). The pitching has struggled, with a 5.53 team ERA.

American Leadership Academy-Ironwood finished No. 30 in the 3A power rankings last season, missing the state tournament. If the early results are any indication, the Warriors are a better squad. They have outscored opponents 58-13 in their first six games, and their only loss was a 7-3 defeat to a good Gilbert Christian team. Watch out for senior MarcAnthony Trejo, who is batting .545/.700/1.000 with nine RBIs.

Maricopa should have been in the postseason in 2019 but finished the year with nine straight losses. If things are going to be different this time around, the Rams have to perform better against good teams. After starting the season 4-3, Maricopa lost back-to-back games to Gilbert Mesquite and Mesa Mountain View by scores of 13-3 and 16-0, respectively. Lynn Andrews can rake, as he’s hitting .500 (12 for 24) with nine RBIs.

A young Cougars team is trying to find its footing. The pitching has been OK, but the offense has been lacking. Sophomore Jacob Marshall has been a bright spot, posting a 0.78 ERA with eight strikeouts in 9 innings. Riley Miller (1.56 ERA) and Jayson Rael (11 strikeouts in 7 innings) have also been strong on the mound. Aaron Blunt has been the team’s best hitter, posting a .412 average and .954 OPS.

Early season performance can be hard to ascertain, especially because many of them are tournament games. But Florence has some wild results. The Gophers narrowly lost 3-0 to a powerhouse American Leadership Academy-Gilbert North team, but they also lost 19-0 to Safford last Friday. Florence played Safford a week earlier and lost 6-5. The Gophers are led by junior Anthony Loth, who has a 2.57 ERA and 26 strikeouts in 16 1/3 innings.

The 4A Black Canyon went down to the wire last year, as Apache Junction fell just one game short of Combs. But the Prospectors have come out of the blocks slow, losing seven of nine games and getting outscored 68-42. There is no power in the AJ lineup, with the team posting a .290 slugging percentage. Pitching has been an even bigger problem, with a 7.14 team ERA and 84 hits allowed in 51 innings.

Coolidge has just two wins, and both of them have come against smaller schools in Class 2A. The Bears were also beaten 6-5 by 1A Superior. Coolidge has done a decent job hitting the ball, with Gabriel White (6 for 12) and Val Rodriguez (4 for 9, 9 RBIs) leading the way. It looks like Coolidge will have a tough time this season.

The Dust Devils have been outscored 70-39, including a 20-1 loss to Miami at the Joe Padilla Tournament in Florence on March 4. Santa Cruz does have two hitters off to a hot start in Jacob Porras and Jesus Torres. Porras is hitting .588 with three doubles and six RBIs, and Torres is batting .400 with a homer, triple and eight RBIs.