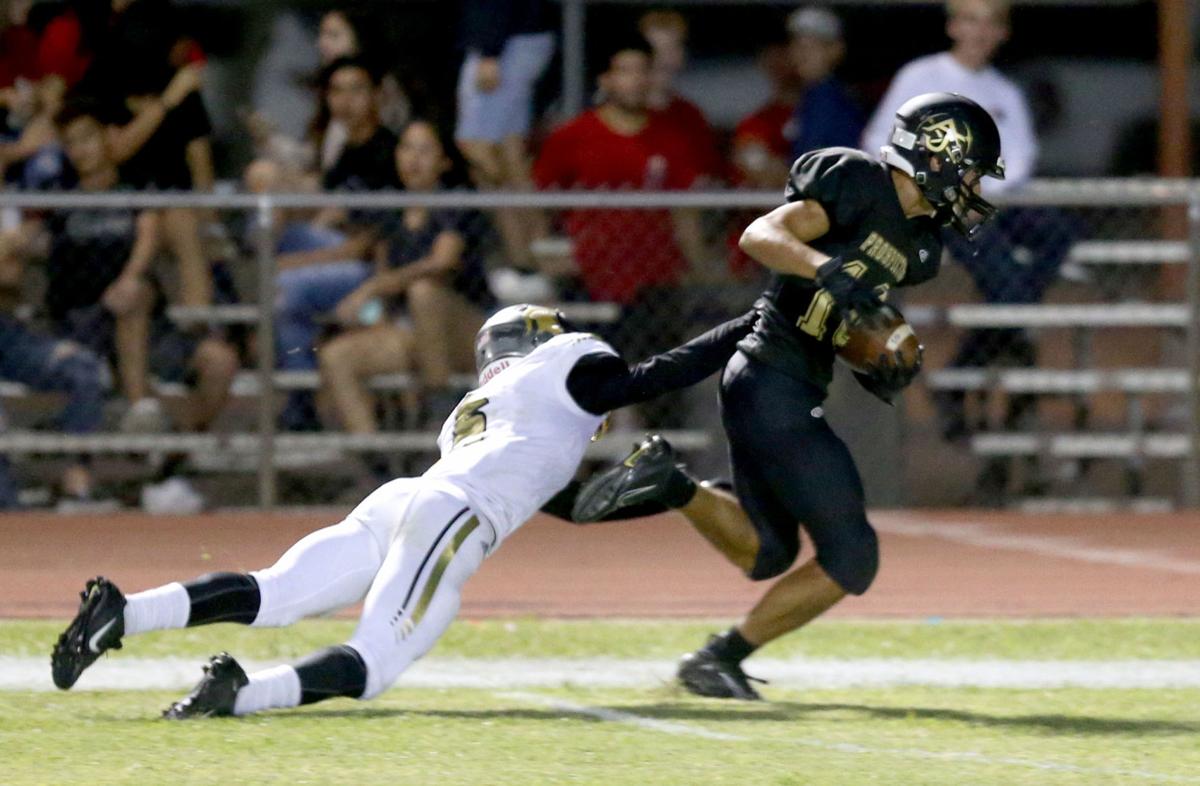 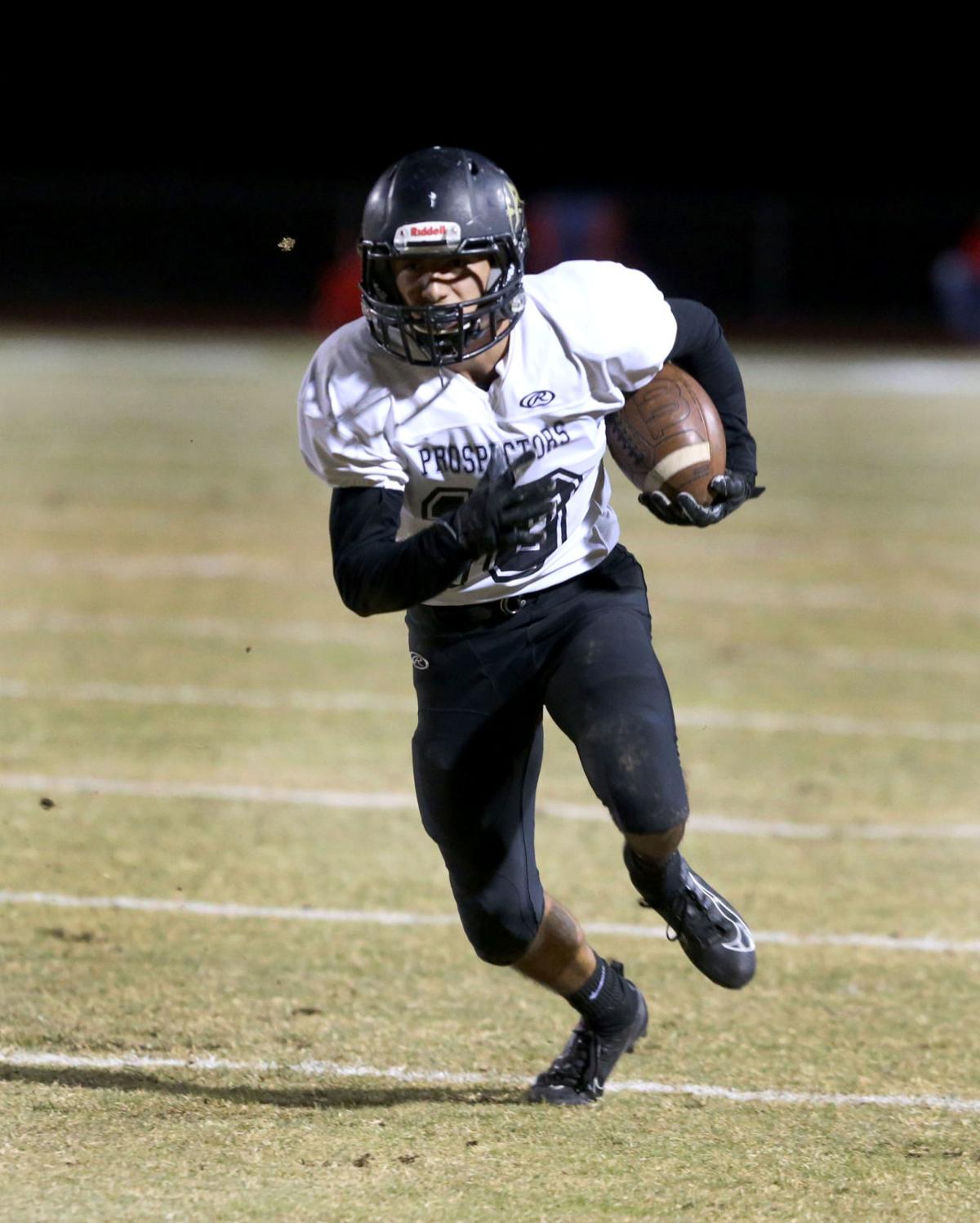 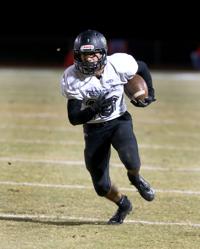 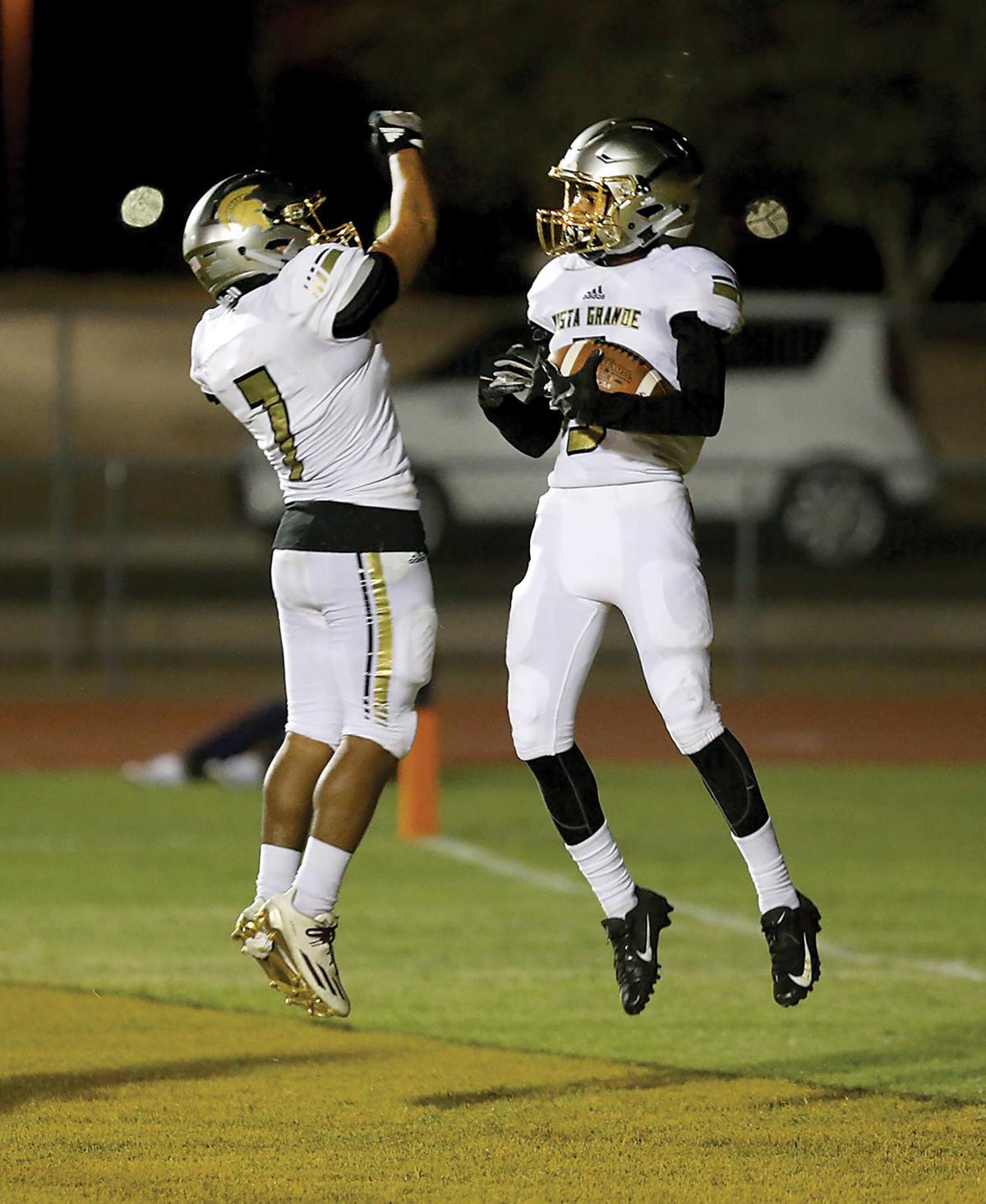 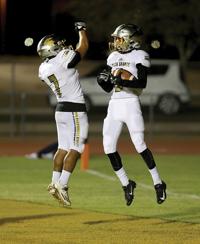 Vista Grande’s Tyrese Constable, right, celebrates with Louis Tellez after scoring in the first half against Apache Juncion on Sept. 13, 2019, in Apache Junction.. 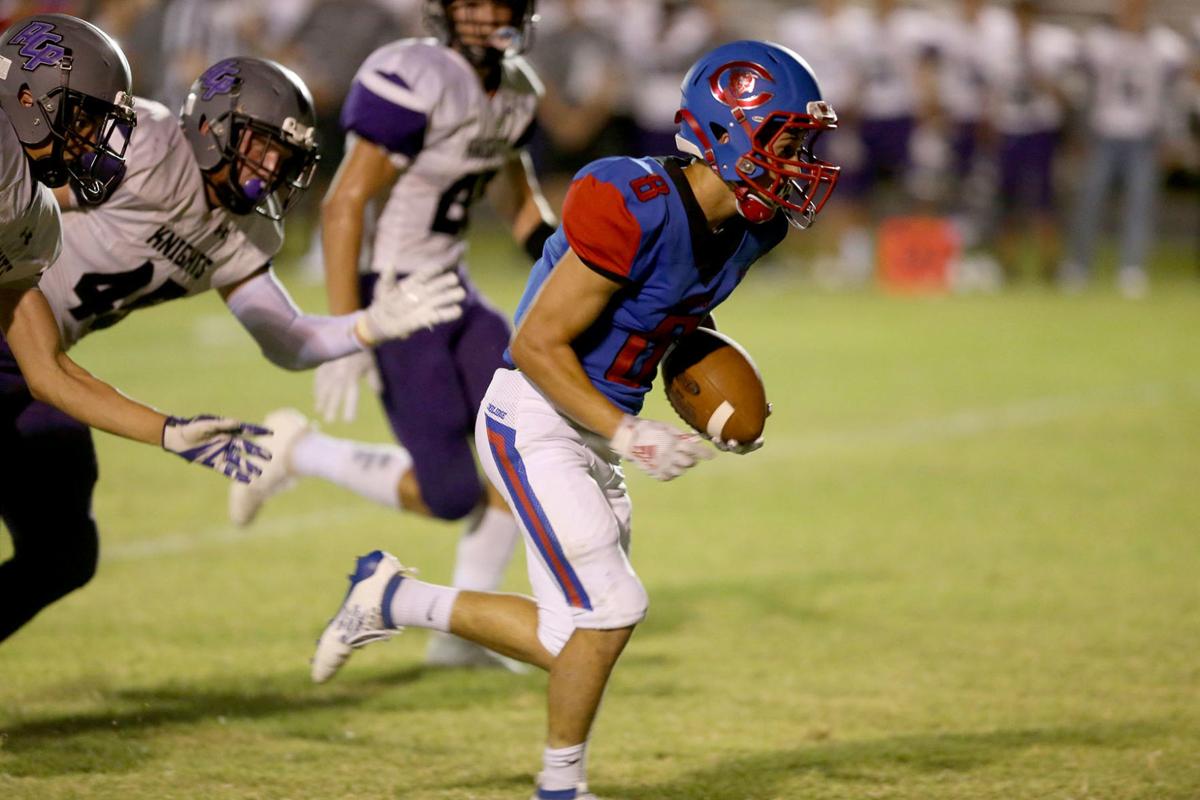 Vista Grande’s Tyrese Constable, right, celebrates with Louis Tellez after scoring in the first half against Apache Juncion on Sept. 13, 2019, in Apache Junction..

EDITOR’S NOTE: PinalCentral is going through each football position group to list five players to watch in Pinal County this season. This is the fifth installment in the series. Keep in mind that some of these players may play multiple positions and don’t always fit neatly into one position group.

CASA GRANDE — As the PinalCentral five to watch series moves along, we now come to the skill position players. The discussion begins with the guys on the outside, flashing speed and making big catches.

Here’s a look at five players to watch at wide receiver.

The Prospectors had a dangerous offense last year, largely due to senior quarterback Gibson Limongello. But when Limongello needed one of his teammates to step up and make a big play, Garcia was more than ready.

A PinalCentral first team all-county player, Garcia caught 48 passes for 836 yards and 11 TDs. He doesn’t have ideal size, but he makes up for it with speed and explosive quick-twitch ability. One wrong move by a defender, and Garcia is off to the races.

Constable is in a similar mold to Garcia with his athleticism and game-breaking skills. He played both sides of the ball in 2019, and was equally adept at defensive back. Constable had 15 receptions for 257 yards (17.1 yards per catch) and three TDs as a sophomore.

Spartans coach Chris Semore said the speedy junior is considerably bigger and stronger than last year, now checking in near 5-10 and 165 pounds. He’s looking for a breakout campaign from Constable in Vista Grande’s pass-happy offense.

Another player who made a big impact as a sophomore was Fearn. ALA-Ironwood likes to throw the ball, and he was the team’s second-leading receiver in receptions, yards and touchdowns behind senior Jake Maloy.

Fearn hauled in 33 passes for 457 yards and three scores, and he finished the year strong with 210 yards and a touchdown in his final three games. Look for Fearn to put up good numbers with quarterback Kyle Johnson throwing him the ball even more.

It’s apparent that sophomore receivers made their presence felt in Pinal County last year. Ferguson was by far the most productive receiver for the Bears. He caught 35 balls for 462 yards and seven TDs.

Coolidge is a run-first team, but Ferguson gives the Bears some added versatility with a proven ability to catch the football. He played in all 11 games last year and had at least one reception in every one.

It was difficult for the Sabercats to muster much offense last season when senior running back Amahri Bailey wasn’t racking up yardage. But Eriacho could be a focal point of the offense with Bailey gone.

As a junior, Eriacho had 33 receptions for 477 yards and five TDs, leading San Tan Foothills in all receiving categories. His biggest performance came in the penultimate game of the season Oct. 25 against Coolidge, as he caught four passes for 136 yards and two scores.