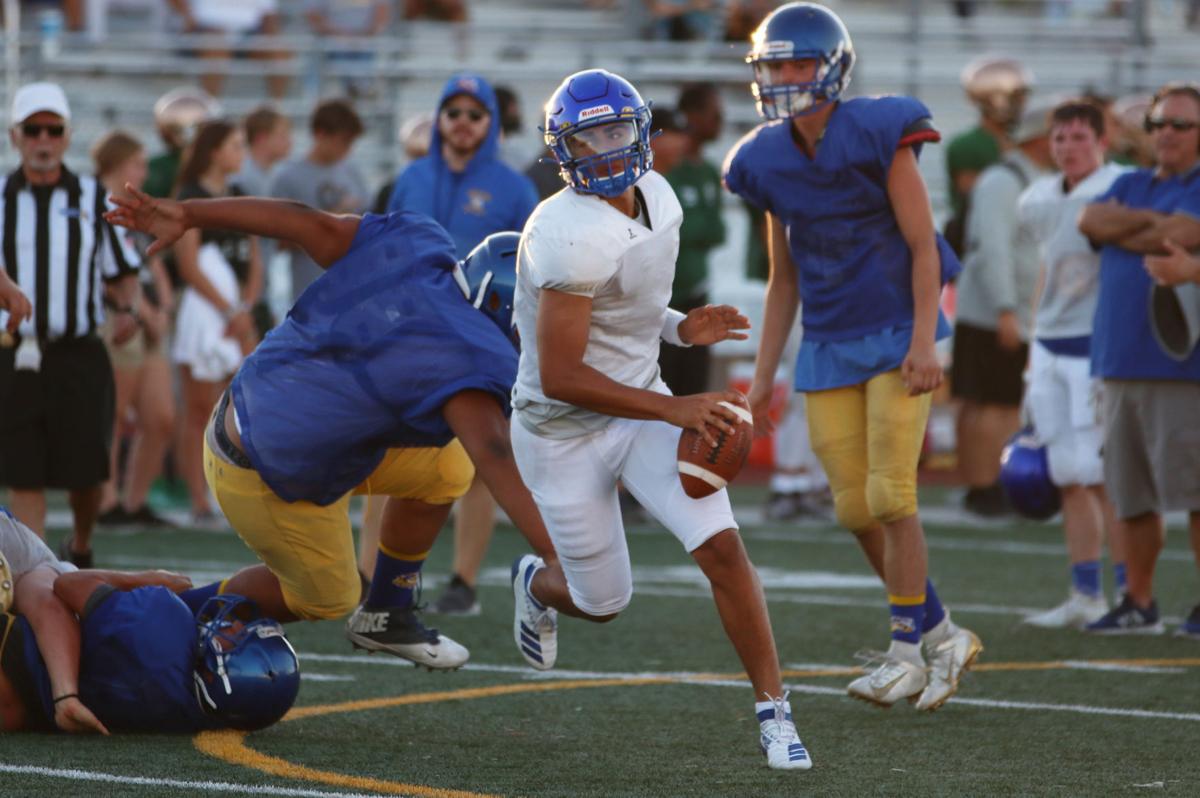 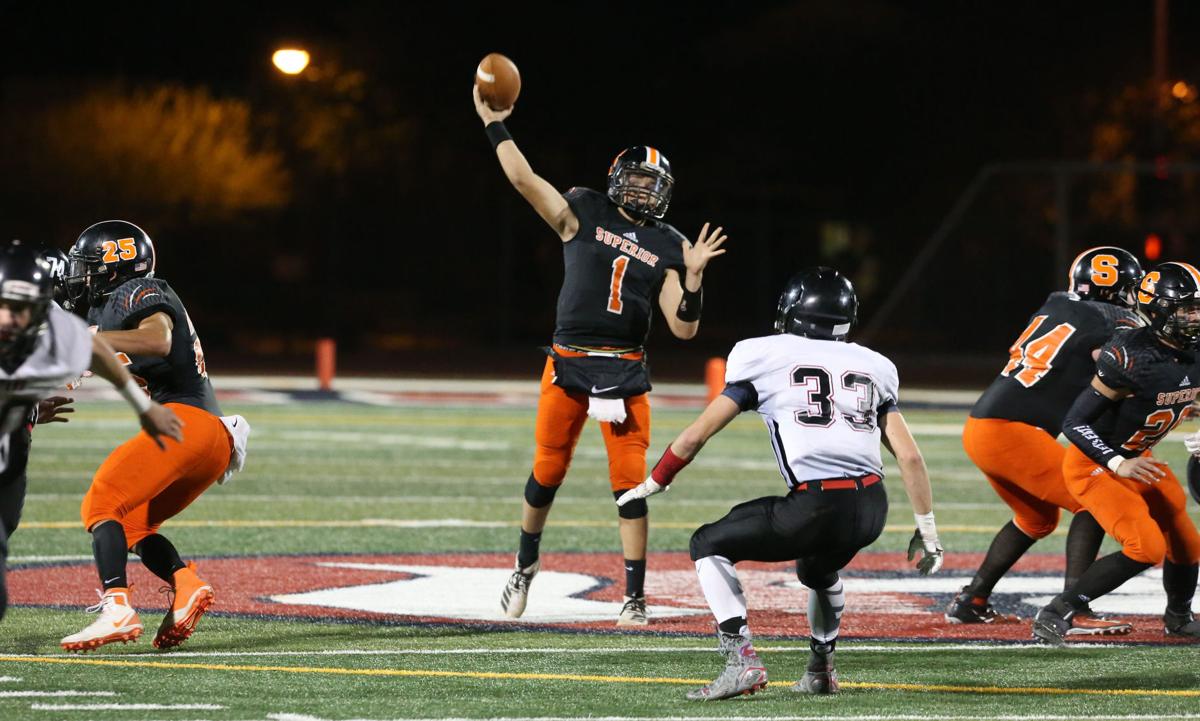 Superior quarterback Matthew Cruz throws a 47-yard touchdown pass to Adam Navarrette in the first quarter against Mogollon during a 1A state semifinal game Nov. 9 at Coronado High School in Scottsdale.

Superior quarterback Matthew Cruz throws a 47-yard touchdown pass to Adam Navarrette in the first quarter against Mogollon during a 1A state semifinal game Nov. 9 at Coronado High School in Scottsdale.

EDITOR’S NOTE: PinalCentral is going through each football position group to list five players to watch in Pinal County this season. This is the seventh and final installment in the series. Keep in mind that some of these players may play multiple positions and don’t always fit neatly into one position group.

CASA GRANDE — The PinalCentral five to watch series has now gone through all the position groups except for quarterback. Several starting quarterbacks from last year have moved on due to graduation, so this list will include some less-heralded players who have an opportunity to break out this season.

Here are five quarterbacks to watch in 2020.

The best quarterback prospect Pinal County has seen in a very long time, Flores is coming off an impressive sophomore campaign that saw him finish as PinalCentral’s runner-up for Player of the Year.

Flores is big, strong and athletic. At 6-2 and 200 pounds, he is an agile runner who also possesses a cannon arm.

He completed 68.8% of his throws for 2,314 yards and 15 touchdowns with six interceptions. He was also the leading rusher for the Cougars with 912 yards and 14 TDs. Flores is on a major upward trajectory.

There were big shoes to fill at Superior when quarterback Steven Ybarra graduated after the 2018 season. Cruz made the transition seamless, and he exploded onto the scene as a sophomore.

Cruz threw for 2,342 yards and 40 TDs to just six interceptions while completing 58.6% of his passes. He led the Panthers to the 1A state championship game, throwing for 329 yards and seven TD passes in a semifinal win over Heber Mogollon.

He can throw the deep ball and throw it with touch. He’s also an excellent team leader.

ALA-Ironwood took its lumps last season, but Johnson but up better numbers than one would think, based on the team’s winless record. As a junior, he completed 134 of 232 (57.8%) of his passes for 1,534 yards with 11 touchdowns and 10 interceptions.

He put up those numbers despite having very little help from a running game that averaged just 3.1 yards per carry. Johnson and junior receiver Andrew Fearn should be a very productive duo this season.

Florence was a run-heavy team in 2019, so Walter didn’t put the ball in the air a lot. He had just 95 pass attempts in 10 games, and he threw for 1,035 yards and seven touchdowns with six interceptions.

At 6-3, he has excellent size for the position. Without the services of star running back Joshua Maignan, Florence will likely need to lean on Walter more during his senior season. The Gophers have a couple of junior receivers – Isaac Sandoval and Tommy Carberry – who could help Walter and the passing game be more effective.

Speaking of run-heavy teams, that’s exactly the brand of football Poston Butte likes to play. Lloyd makes this list more for how he can hurt teams with his legs. Like Walter, he had just 95 pass attempts last season. He completed 55.8 percent of his throws for 792 yards with three touchdowns and three interceptions.

But Lloyd’s value is substantial in the running game. He was the second-leading rusher on the team, racking up 665 yards and seven TDs, averaging 6.3 yards per carry.