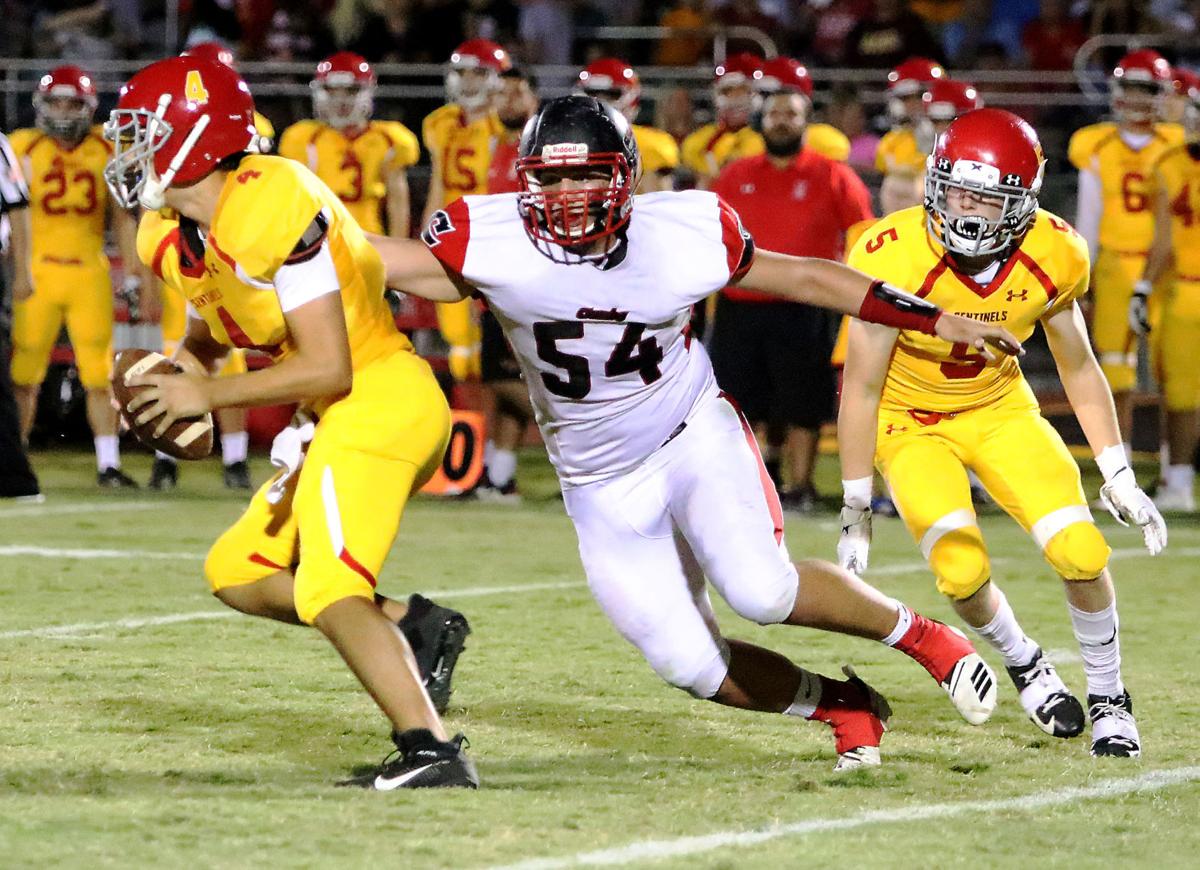 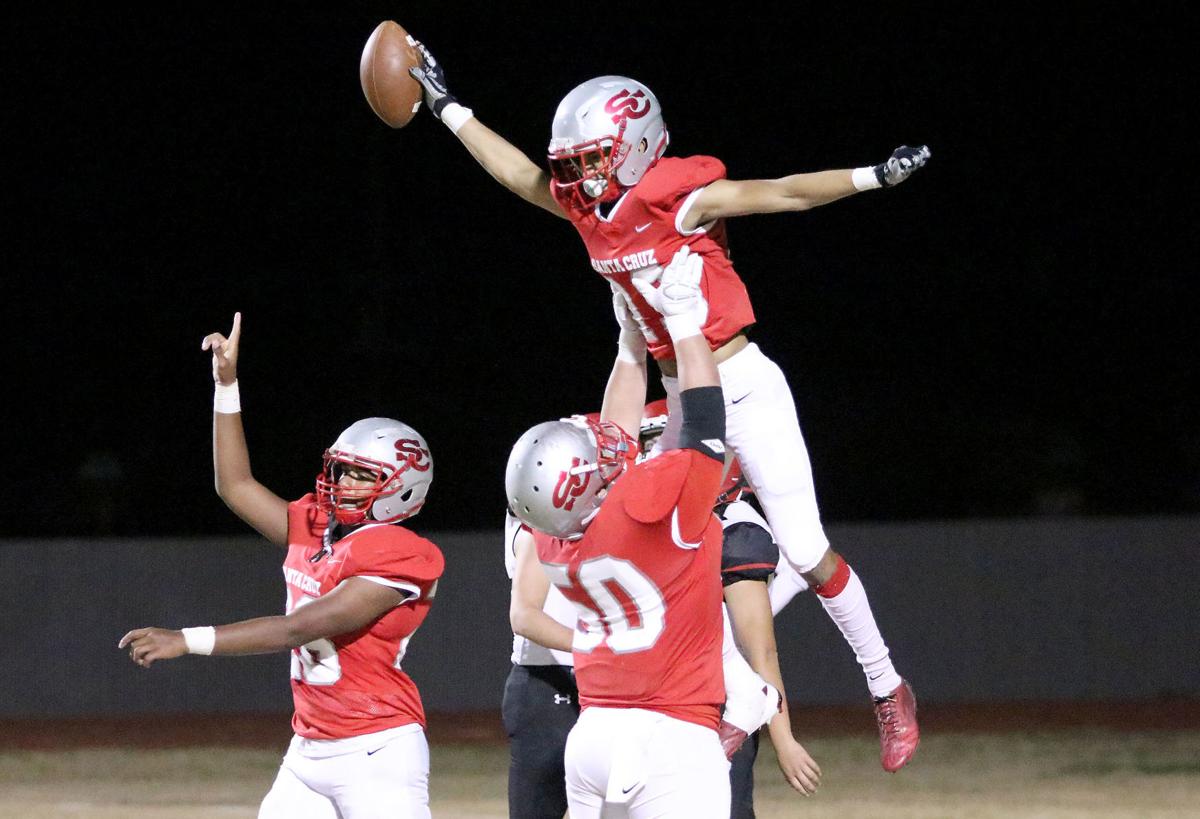 Santa Cruz's Valley's David Avilez gets lifted by teammate Juan Castillo after scoring a touchdown against visiting Chandler Prep on Nov. 11, 2019, in Eloy. 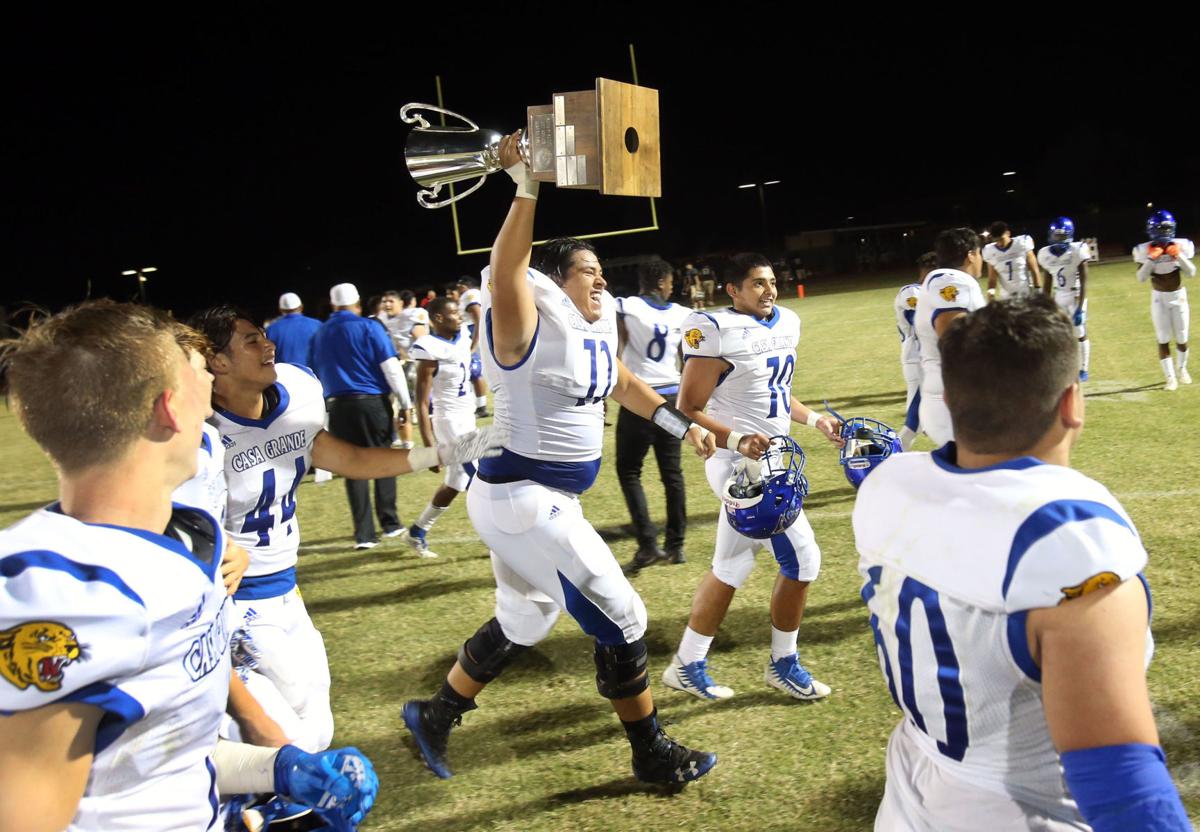 Santa Cruz's Valley's David Avilez gets lifted by teammate Juan Castillo after scoring a touchdown against visiting Chandler Prep on Nov. 11, 2019, in Eloy.

EDITOR’S NOTE: PinalCentral is going through each football position group to list five players to watch in Pinal County this season. This is the fourth installment in the series. Keep in mind that some of these players may play multiple positions and don’t always fit neatly into one position group.

CASA GRANDE — Last week, PinalCentral started the five to watch series and went through each level of the defense. This week shifts the focus to offense, and it begins with the guys up front.

Here’s a look at five players to watch at offensive line.

It’s no secret that Santa Cruz likes to bludgeon opponents with the running game, and it does so with very little threat of a passing attack.

To be effective doing that, a team needs a strong offensive line, and the Dust Devils are led by Castillo. He was a PinalCentral first team all-county selection last year.

Castillo led an offensive line that paved the way for 3,947 rushing yards and 54 rushing touchdowns in 2019.

Good luck winning games against tough 4A Kino opponents if your team can’t be physical. For Casa Grande, the guy who provides the physicality on the offensive line is Keeton, a similar player to his former teammate Santos Cornejo, a PinalCentral first team all-county player in 2019.

The Cougars had a balanced offense last season, averaging 388 yards per game, including more than 190 yards on the ground and through the air. Keeton helped Casa Grande gain more than 360 total yards in consecutive 4A playoff games against Sahuarita Walden Grove and Goodyear Desert Edge, and he also played on defense in the playoffs.

Combs was no stranger to lighting up the scoreboard last year, averaging 35.7 points per game, and that can’t be accomplished without good blocking. With longtime Coyotes offensive line mainstay Simon Taunima now graduated, Tucker will anchor the team up front.

Listed at 6-1 and 230 pounds, Combs will again look to Tucker to pave the way for a high-powered offense. The Coyotes averaged 373 yards per game last year, and Tucker was a first team all-region selection in the 4A Black Canyon.

The Bears mauled their way to 36.3 points per game in 2019, as their run-heavy offense accumulated 2,548 yards on the ground. Gonzalez has imposing size at 6-3, 240 pounds, and he looks to step into the role as the leader of the offensive line.

A second team all-region selection in the 3A Central, Gonzalez helped Coolidge rack up 231.6 rushing yards per game in addition to 31 total rushing touchdowns.

It was a rough year for the Sabercats, but Olvera was a second team all-region selection in the 3A Central. Teammate Lorenzo Cruz led the offensive line last season, but he graduated.

The Sabercats offensive line will need to be even better this year, since the team also lost star running back Amahri Bailey to graduation.