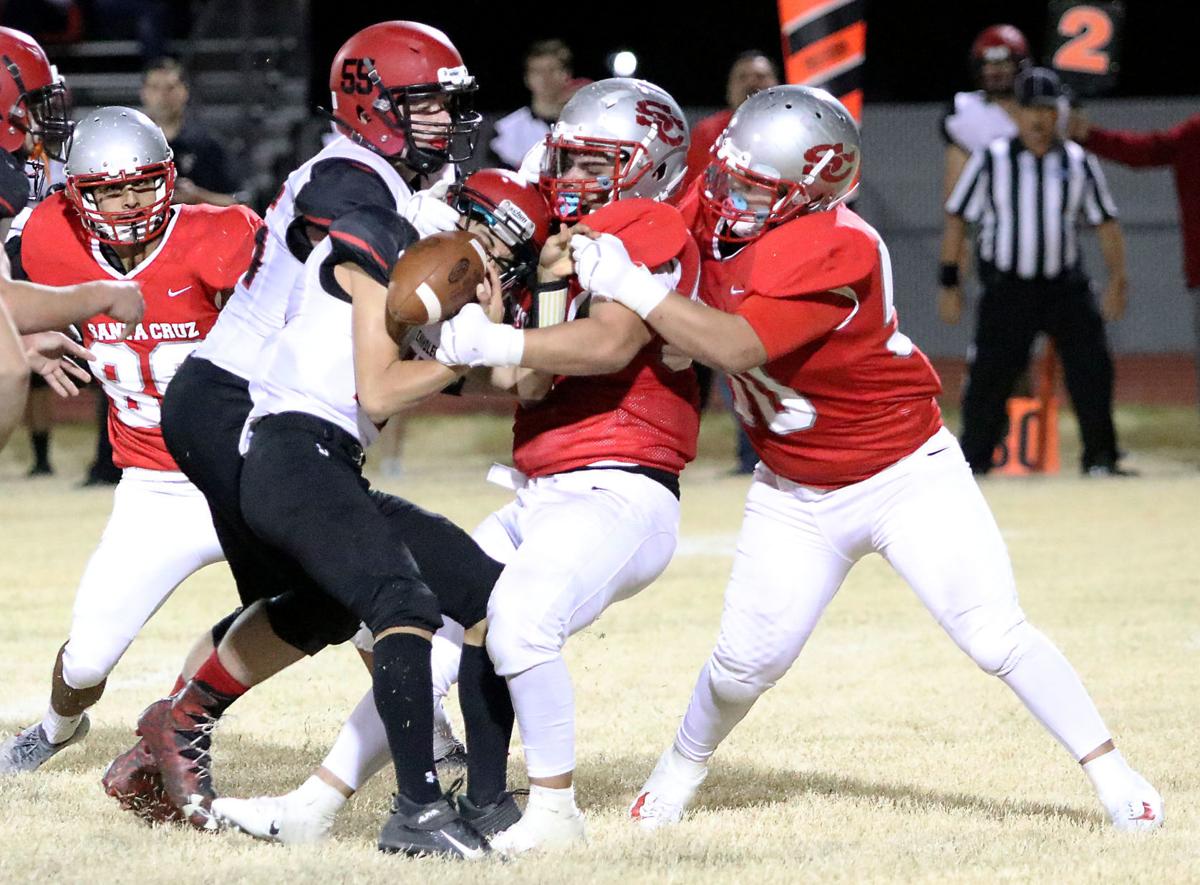 Chandler Prep’s Reese Vilaboy gets pulled back by Santa Cruz Valley’s Diego and Juan Castillo on Nov. 11, 2019, in Eloy. 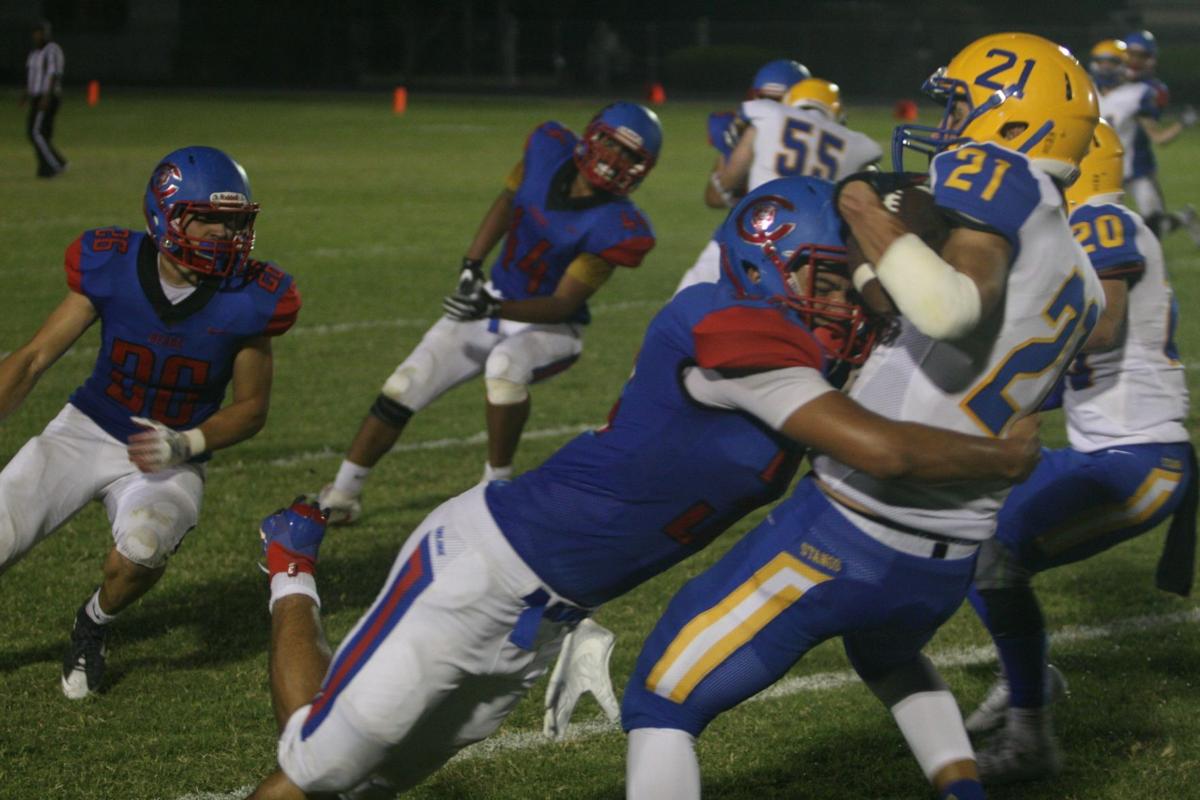 Coolidge defensive lineman Angelo Palacios delivers a big hit on Sahuarita’s Cristian Gonzales during the Bears’ 41-12 victory over the Mustangs on Sept. 13 in Coolidge.

Chandler Prep’s Reese Vilaboy gets pulled back by Santa Cruz Valley’s Diego and Juan Castillo on Nov. 11, 2019, in Eloy.

Coolidge defensive lineman Angelo Palacios delivers a big hit on Sahuarita’s Cristian Gonzales during the Bears’ 41-12 victory over the Mustangs on Sept. 13 in Coolidge.

With the high school football season still uncertain, PinalCentral will break down five of the top Pinal County players at each position group in the next couple of weeks.

This requires more speculation than usual, since teams haven’t held any official practices and interactions with coaches have been limited. These five players to watch are listed in no particular order. The goal here is to start a conversation about football and give fans an idea of who to keep an eye on this season.

Keep in mind that some of these players may play multiple positions, so they may not always fit neatly into one position group.

The first group on the docket is defensive line. Here’s a look at five to watch this season.

He may be undersized at 5-foot-7, but Castillo gets the job done for the Dust Devils. He was one of the anchors of a Santa Cruz defense that really hit its stride late last season.

Before losing to Eagar Round Valley in the 2A state semifinals, the Dust Devils were on a five-game winning streak — including two playoff wins — in which they held opponents to just 10 points per game.

Castillo was credited with 43 tackles on the season, including a team-high 10 tackles for a loss. He also forced six fumbles and had four fumble recoveries.

Palacios is a tone-setter up front for the Bears. He uses his speed to put pressure on opposing quarterbacks, and that often opens up opportunities for his teammates.

He finished the season with 43 total tackles, including a team-high eight tackles for a loss.

Outside of a 55-0 defeat to American Leadership Academy-Queen Creek, the Bears defense was solid for all of 2019. Subtracting that game against the Patriots, the Bears allowed an average of 16.1 points in their other 10 games. Palacios had five sacks and was a first team all-region selection.

Combs struggled at times on the defensive side of the ball in 2019. But one of the bright spots was Brockman, who has also played some offensive line.

Last season, Brockman had 38 total tackles and led the Coyotes with nine sacks. He was a first-team all region selection in the 4A Black Canyon. One of the tallest players on the team, the 6-foot-2 Brockman will be counted on to provide a consistent pass rush for Combs.

The Broncos definitely needed more consistency on defense last year, but Fowler was a standout player. Even in a very talented 4A Desert Sky, he was a second team all-region selection on the defensive line.

Fowler ranked fifth on Poston Butte with 36 total tackles, and he had a team-leading four sacks. The 5-8, 205-pounder heads into the 2020 season as a team captain.

Pairing with his teammate Palacios, Jeffries gives the Bears an especially tenacious defensive line. Listed at 6-2 as a sophomore last season, Jeffries has a significant height advantage over most of his 3A opponents.

He finished just three tackles behind Palacios with 40 total, and he added two sacks. Jeffries was a second team all-region selection in the 3A Central.

EDITOR’S NOTE: PinalCentral is going through each football position group to list five players to watch in Pinal County this season. This is t…

EDITOR’S NOTE: PinalCentral is going through each football position group to list five players to watch in Pinal County this season. This is t…