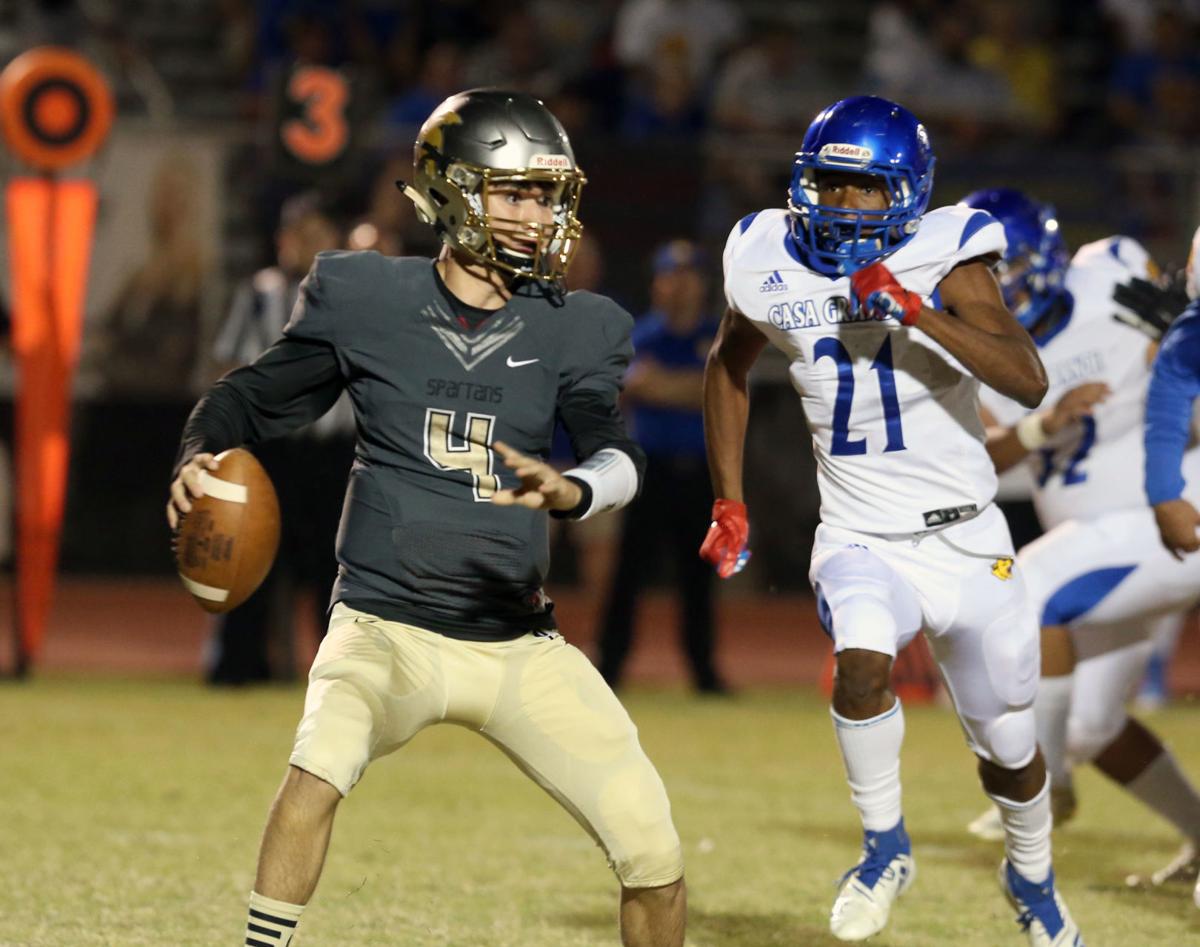 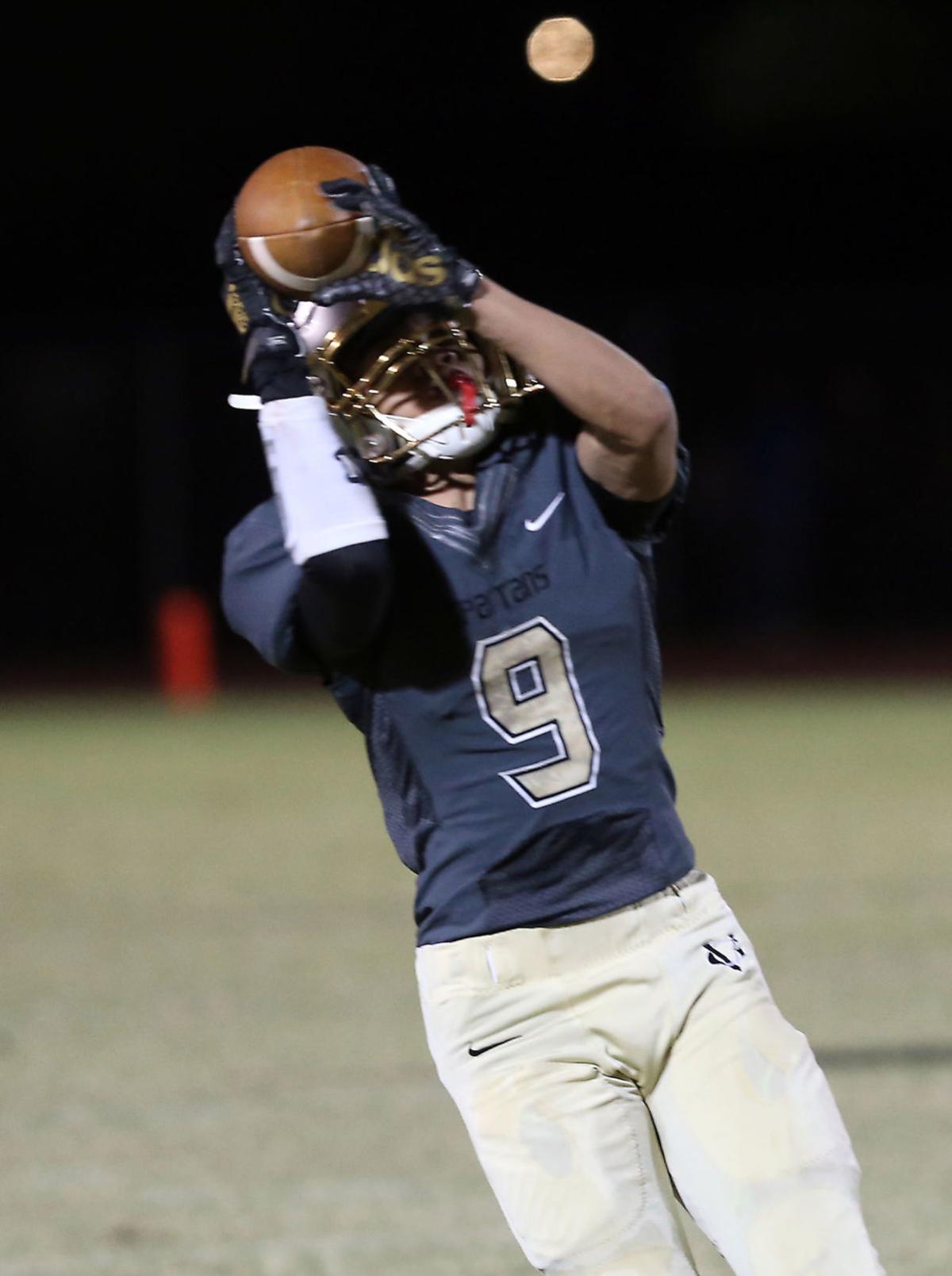 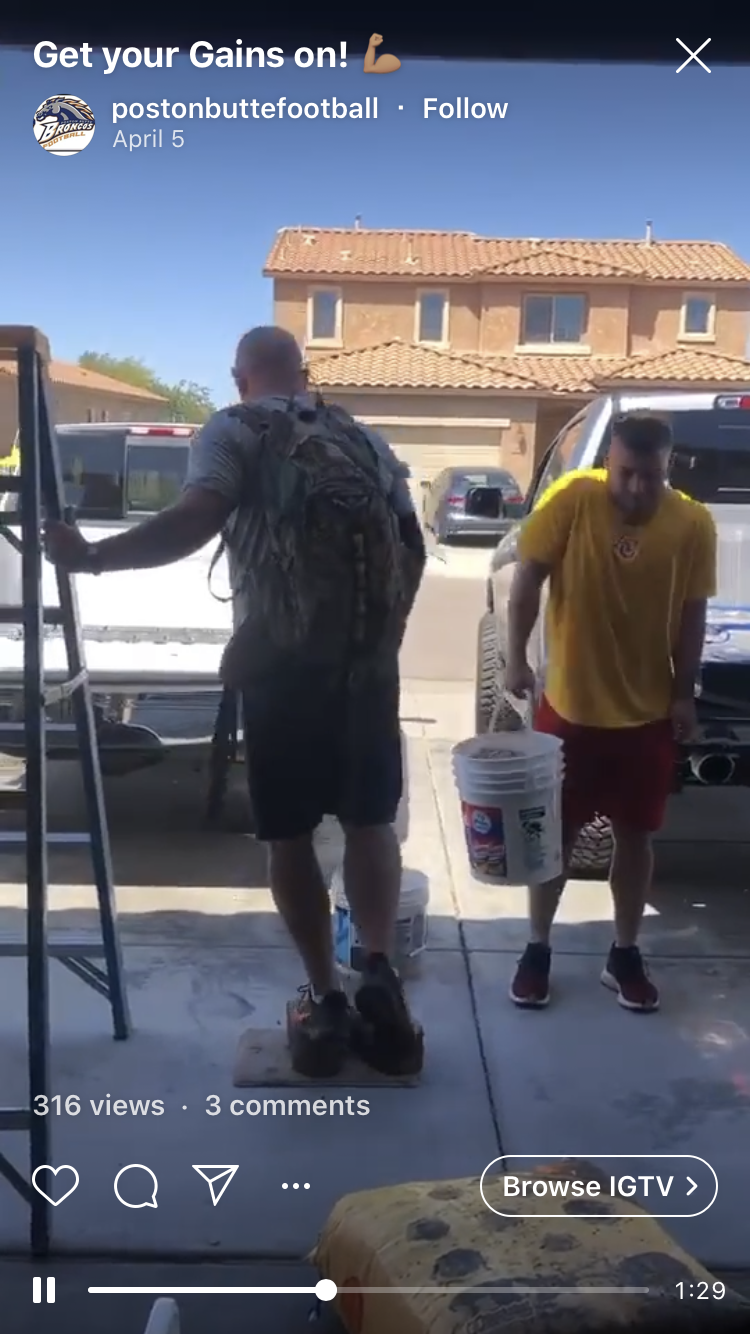 In this Instagram screenshot of a video, Poston Butte football coach Dain Thompson works out with his son using objects around the house. Thompson has shared these videos with his team to give them ideas for home workouts. 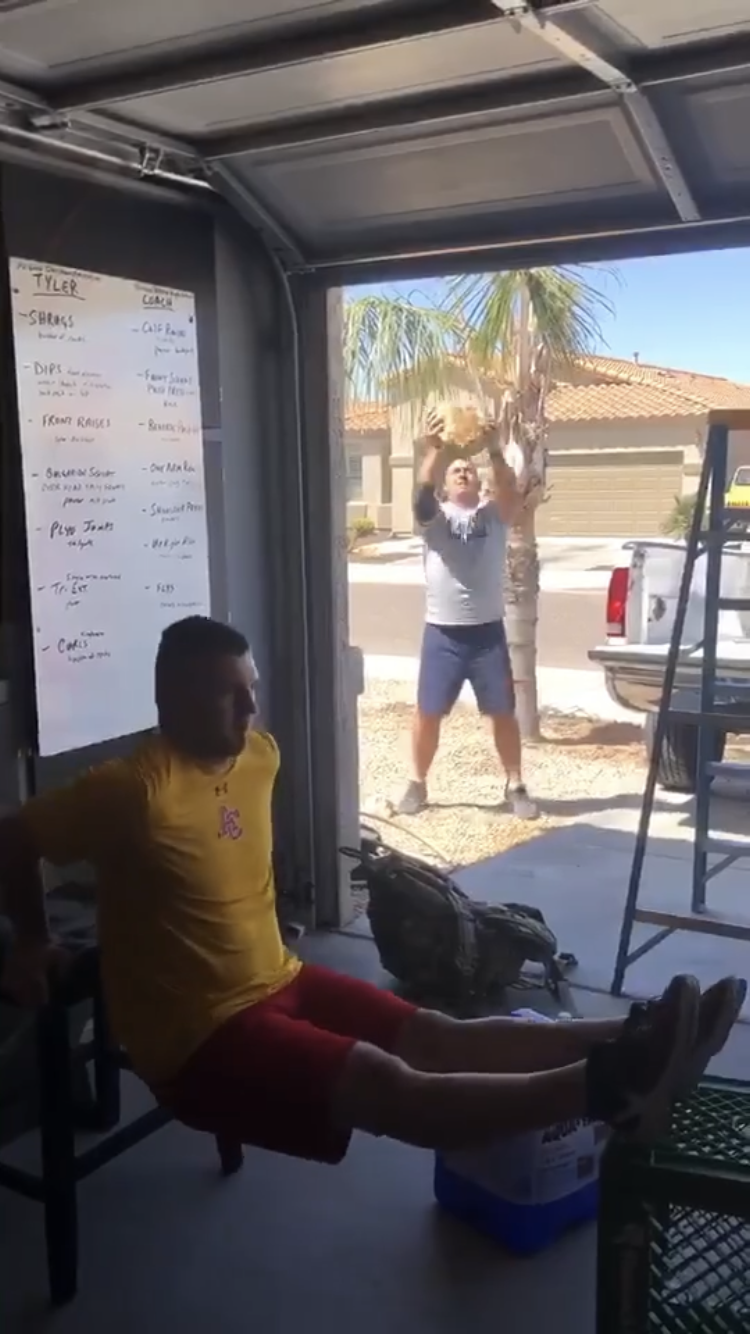 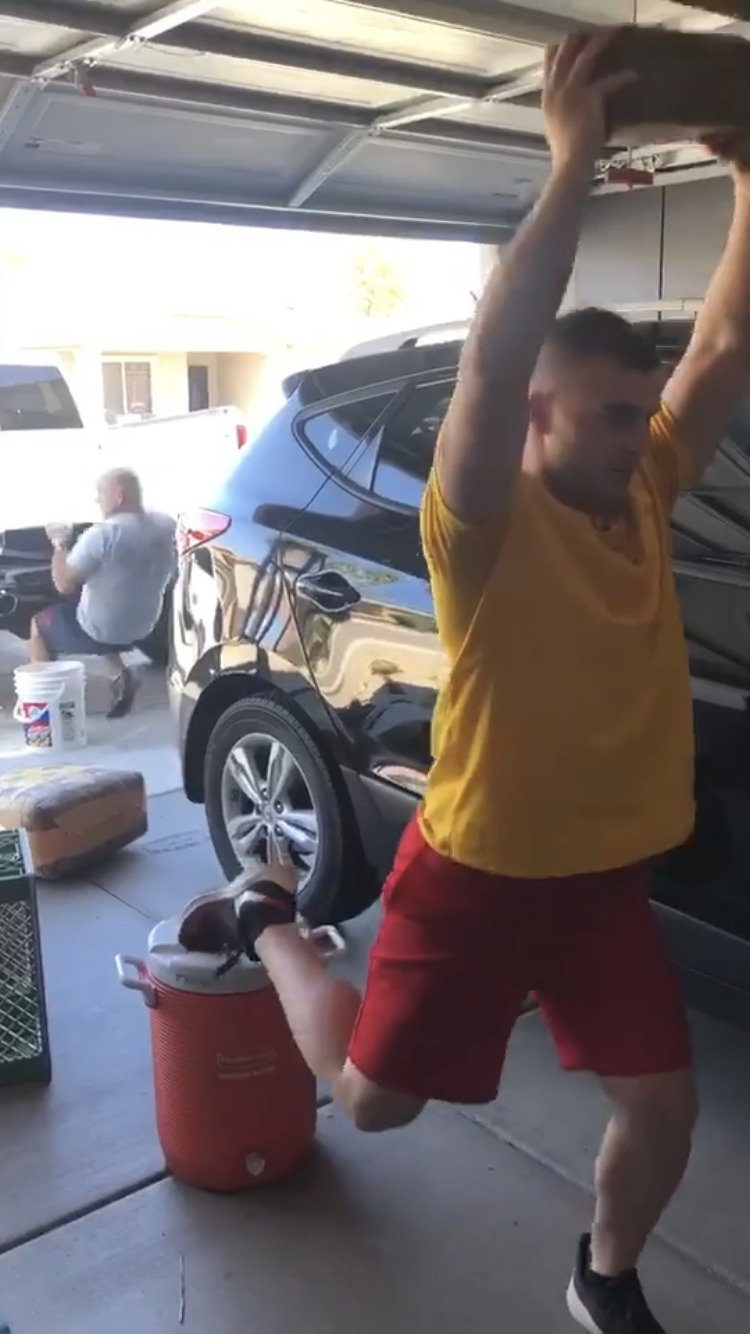 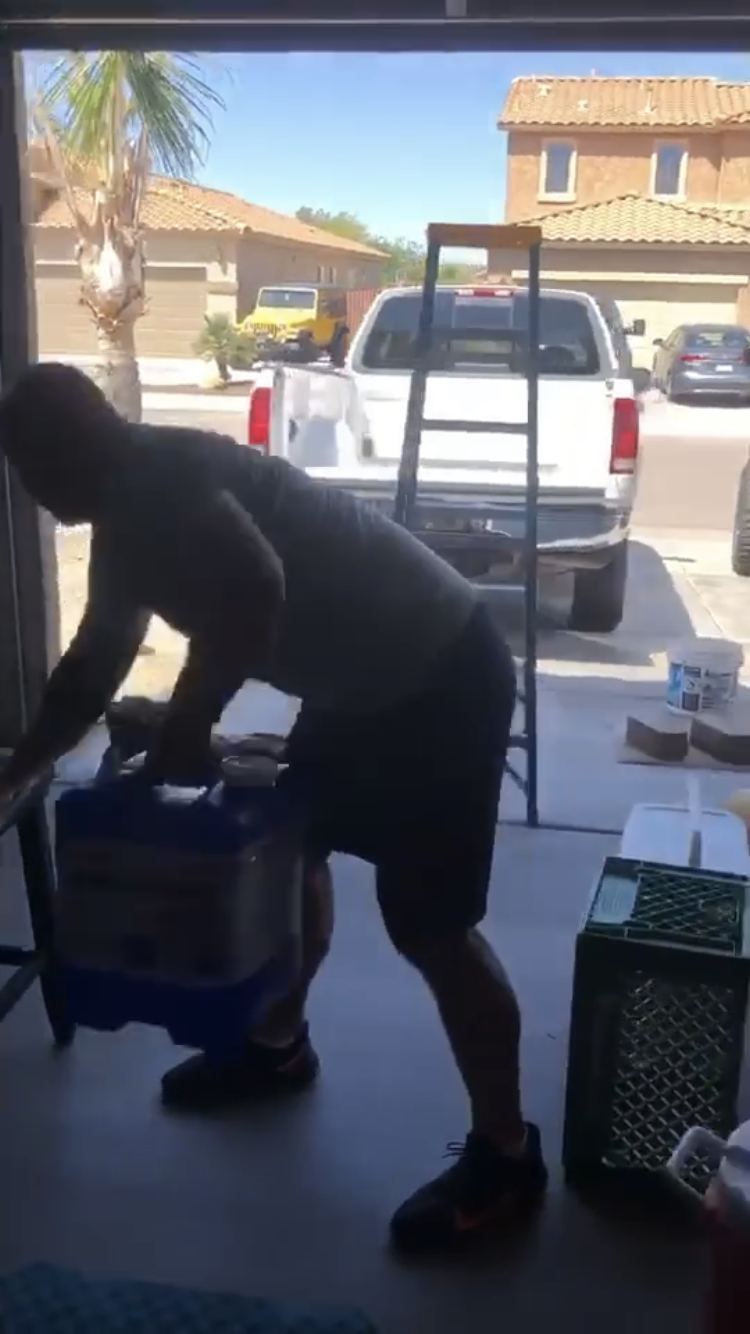 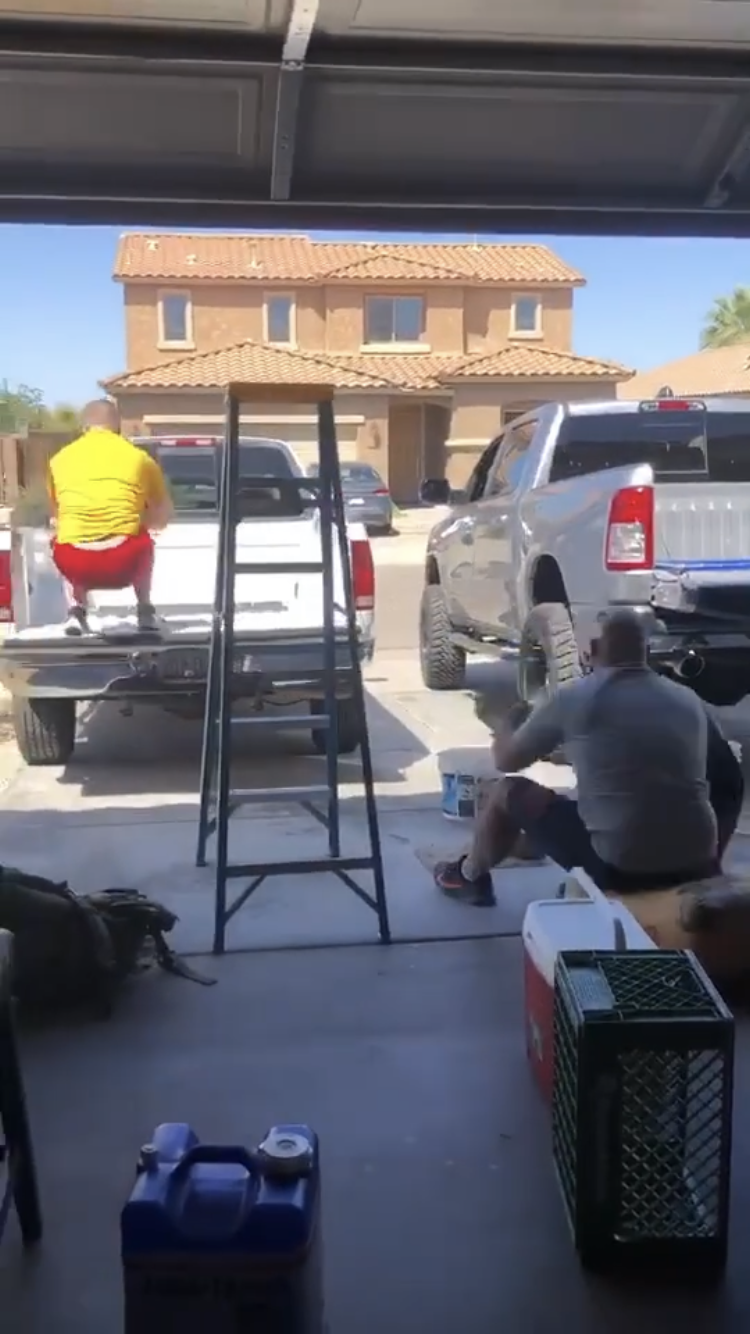 In this Instagram screenshot of a video, Poston Butte football coach Dain Thompson works out with his son using objects around the house. Thompson has shared these videos with his team to give them ideas for home workouts.

SAN TAN VALLEY — Spring for Poston Butte football coach Dain Thompson would be a time for his players to get in the weight room and start their offseason training.

With the coronavirus pandemic shutting everything down from schools to private gyms, Thompson had to get creative.

“I’m pretty sure we’re not reinventing the wheel, but we are doing the best we can,” he said.

Thompson has taken to the Broncos football Instagram page, posting videos of him and his son taking whatever they can find around the house and creating workouts.

Instead of the leg press machine in the school’s weight room, jumping the tailgate of a pickup truck has taken its place.

“There [are] not too many people out there that have home gyms,” Thompson said. “They are really restrictive with what they have with the equipment. So we are trying to be creative and have them come up with ways to get bigger, faster and stronger.”

Thompson is also communicating with his team through video conferencing and breaking down film, and they participate in group chats.

“It’s not what we do under normal circumstances and situations. If anybody tells you otherwise, they are blowing smoke,” he said. “I think we have kids that are doing the best they can, and I encourage the kids of following the rules of safe distances and things like that.

“It’s really tempting for kids to call each other and meet at the park, and I’ve done the best I can to relay the information that it’s not the best thing for our community.”

Under normal circumstances, when the calendar hits mid to late April, football teams are in the midst of offseason workouts, which includes heavy weight training and conditioning. This period is typically followed by the start of spring football and then summer workouts before practice officially begins in late July.

And the future is just as uncertain as the present.

Thompson said his team has developed three contingency plans: The first one is in case everything is back to normal or close to it and summer workouts can start in mid June. The other includes a start date of July 1, and the third plan is set up if social distancing lasts until the first day of school.

“We have to be planned out for whatever scenarios, and that’s what we have been working on so we can schedule ourselves accordingly,” he said. “This is bigger than football. This is a societal change that we have to go through right now, and everyone needs to know what’s the most important thing and the most important thing is to keep people safe. The longer it goes, the more people get sick and people die, and nobody wants any of that.”

Like Thompson, Vista Grande coach Chris Semore is facing the same challenges as other coaches. He’s communicated with his team through group chat, and prior to the schools closing, he had a majority of his players in a sixth hour strength and conditioning class.

However, with classes going online, Semore said he’s had to get creative with that class.

“A lot goes into body-weight exercising and a lot of speed training and agility training that doesn’t require a lot of equipment,” he said. “You have to come up with a lot of creative ways to get some weight that they can move. You can put rocks in a backpack or fill up a 5-gallon bucket. Just trying to get a little creative to add weight to an exercise to make it harder.”

Like Thompson and other coaches, Semore is preparing as if there will be a season. But he said the current situation is testing the creativity of teams and how they conduct their offseason workouts.

Like everything else in society, nobody knows what a post-pandemic world will look like, and that includes high school football.

Semore said there could be a shift in the balance of power of football teams. Although he said teams like Scottsdale Saguaro, Chandler and Chandler Hamilton will be good regardless because of their resources, other teams could surprise.

“There definitely could be a dark horse that creeps up on people and things like that,” he said. “Everyone is in the same boat, and it’s going to come down to preparation and how you handle the situation.”

A likely scenario is that athletes who put in a bare minimum amount of work will get exposed.

“We will be able to find who it means something to and who’s just there to be there,” Semore said. “Adversity like this builds character, and we are going to find out about the character of our guys. I’m pretty optimistic about it. I think we have some high-quality guys and think they are working and all that.”