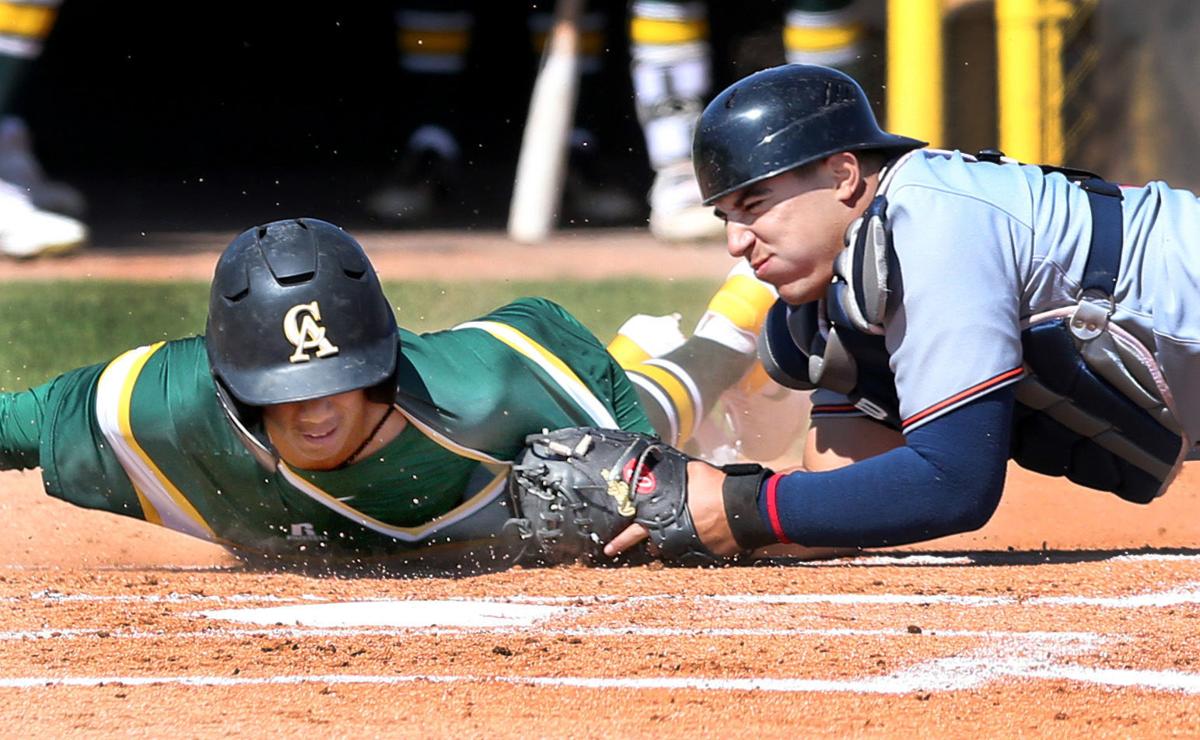 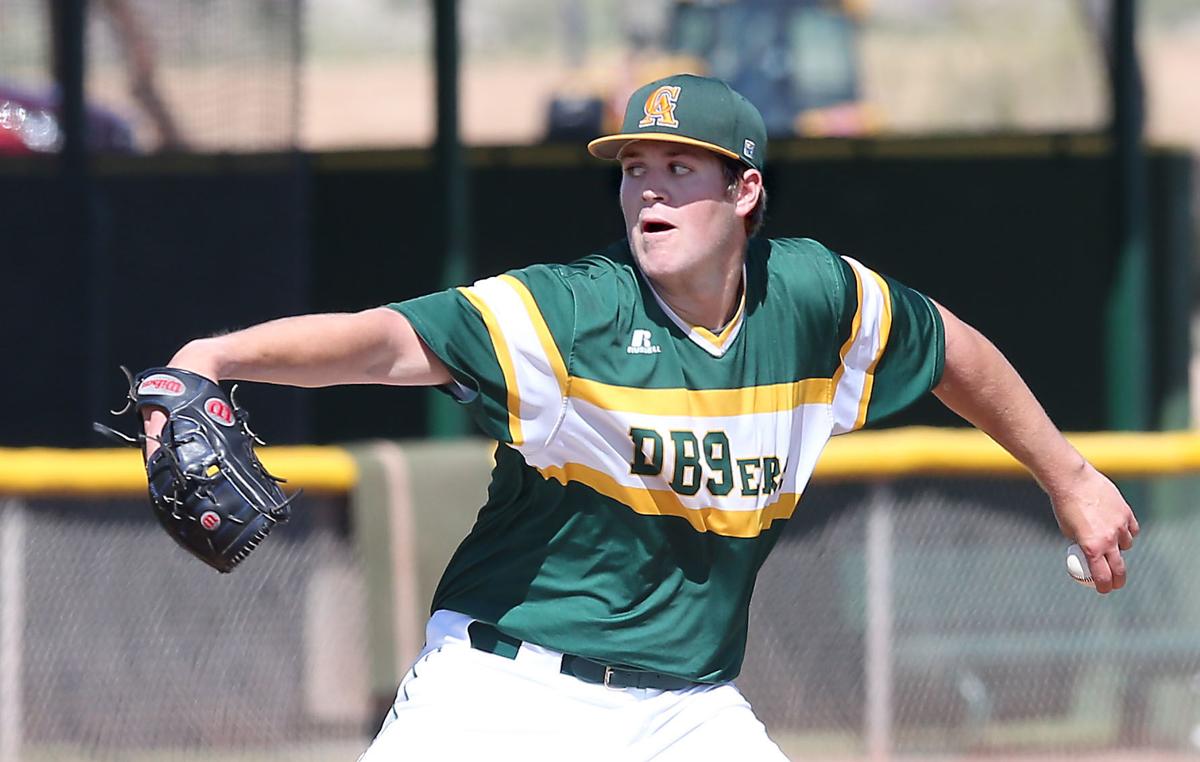 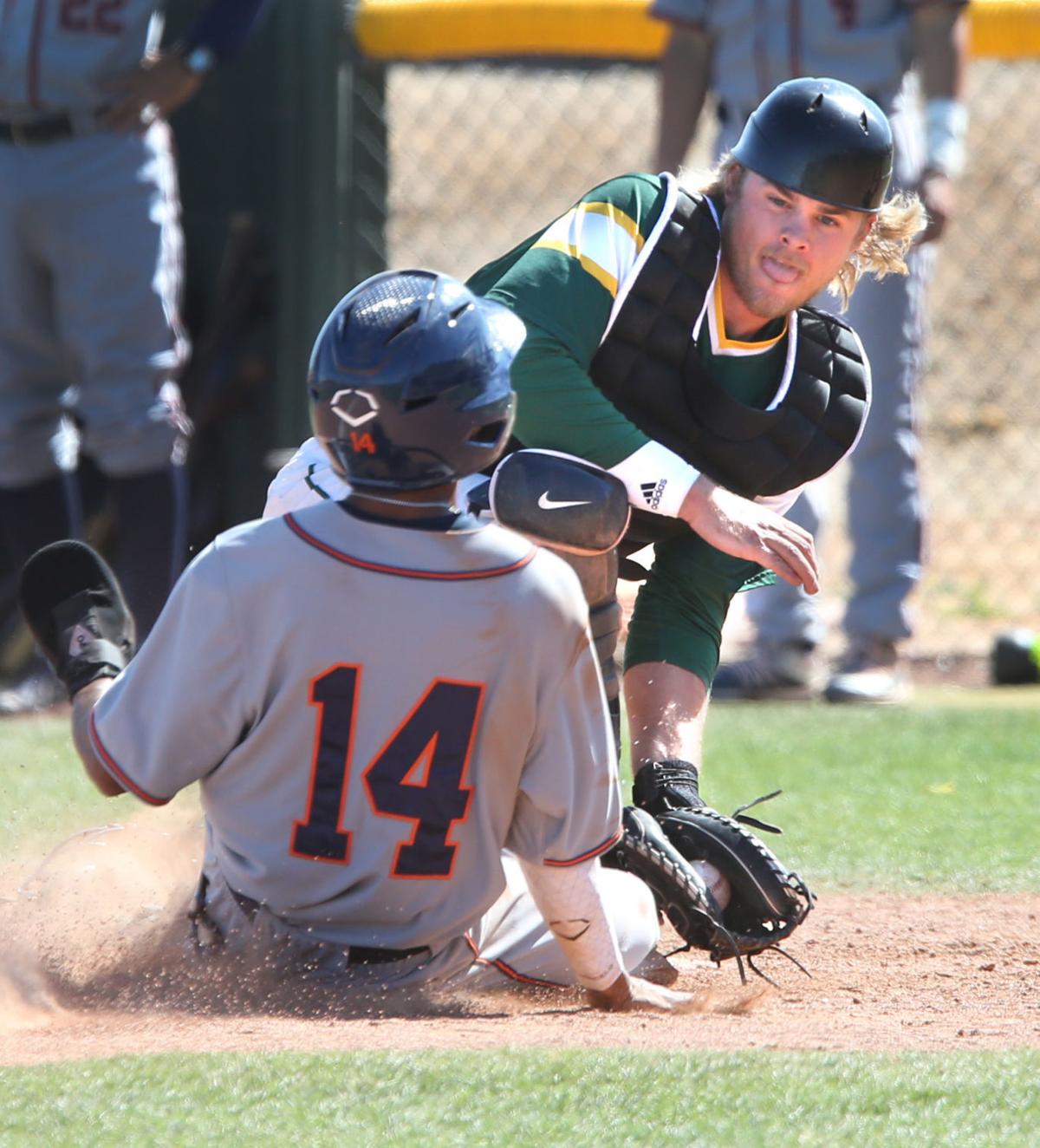 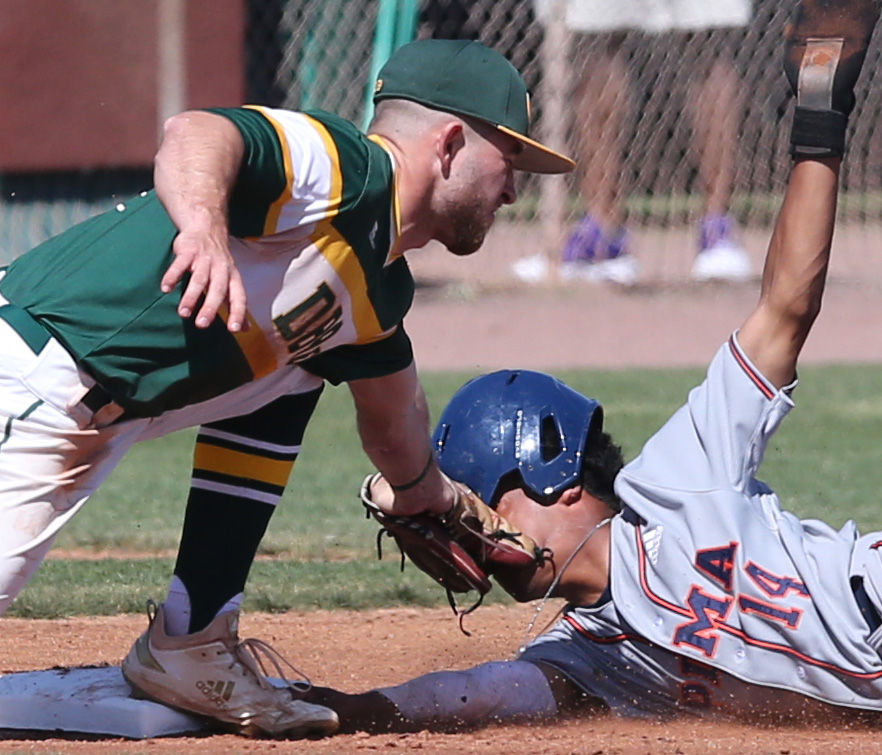 SIGNAL PEAK — Once again, a home conference doubleheader resulted in a split decision for the Central Arizona College baseball team.

The No. 16 Vaqueros shook off a 4-3 loss in Tuesday’s opener to defeat No. 17 Pima 5-4 in 10 innings on a walk-off RBI single by Preston Godfrey in Game 2. Central, which has split all three of its Arizona Community College Athletic Conference home twinbills this season, is 16-6 overall and 9-3 in conference play.

“You can always survive splits early in the year, but at some point we have to get better,” CAC coach Anthony Gilich said. “Splits are not going to get us where we want to go. We have to get tougher in the face of adversity and keep working. That’s the only option we have.”

Godfrey’s game-winning single came with one out and scored Matt Aribal, who led off with a walk and took second on a groundout. Godfrey came to the plate after Kiko Romero was intentionally walked.

The Vaqueros staked starter Liam Evans to a 2-0 lead in the first inning. Pima (16-5, 5-5 ACCAC) answered with one in the second, two in the third and one in the fourth to go up 4-2 before Central tied it with two in the bottom of the fourth.

Relievers Shane Spencer and Cody Brooks both went four innings for the Vaqueros. Spencer allowed one run and struck out six, and Brooks (1-0) held the Aztecs scoreless while striking out three.

Relievers DJ Carpenter and Bradley Collins combined for 2 2/3 scoreless innings in the opener.

“Our whole bullpen threw well, and I was definitely excited about that,” Gilich said. “They kept us in both games and gave us a chance to win.”

The Vaqueros had the tying run at third base and the winning run at second in the bottom of the seventh inning when Game 1 ended on Aribal’s flyout to right field. Central was in position to come away with a victory following a pair of errors by the Aztecs.

Pima scored one run in each of the first two innings off sophomore left-hander Calvin Schapira, who came in with a 0.00 ERA in 26 1/3 innings pitched over five appearances. Schapira (3-1) gave up two unearned runs in the fourth.

Eric Mast stole home in the CAC second to trim Pima’s lead to 2-1. The Vaqueros made it 4-3 in the sixth when Aribal and Romero scored on a two-out error after four consecutive walks (the first batter to walk in the sequence was thrown out on an attempted steal of second).

Schapira went 4 1/3 innings. He allowed seven hits, struck out eight and walked none. Carpenter struck out three of the five batters he faced in 1 2/3 scoreless innings, and Collins kept Pima off the board in the seventh.

Central was limited to three hits. Mast doubled in the second and singled in the fifth off Pima starter Jimmy Gamboa, and Aribal had a first-inning single.

Gamboa went 5 2/3 innings, striking out three and walking four. Pima’s fourth pitcher of the game, Alex Bustamonte, registered the save despite errors that let Brandham Ponce and pinch-hitter Ryan Grabosch get aboard.

The Aztecs took a 1-0 lead in the first when Alex Kelch tripled and scored on a one-out single by Jose Enriquez. Pima put together three consecutive two-out hits in the second, the last being Bustamonte’s RBI single following Angel Ochoa’s double and an infield single by Andres Mendoza.

Ochoa had an RBI groundout in the fourth. Mendoza, who went 2 for 2, followed with a run-scoring single. Both runs were unearned due to an error on a sacrifice bunt after Chaison Miklich led off with single.