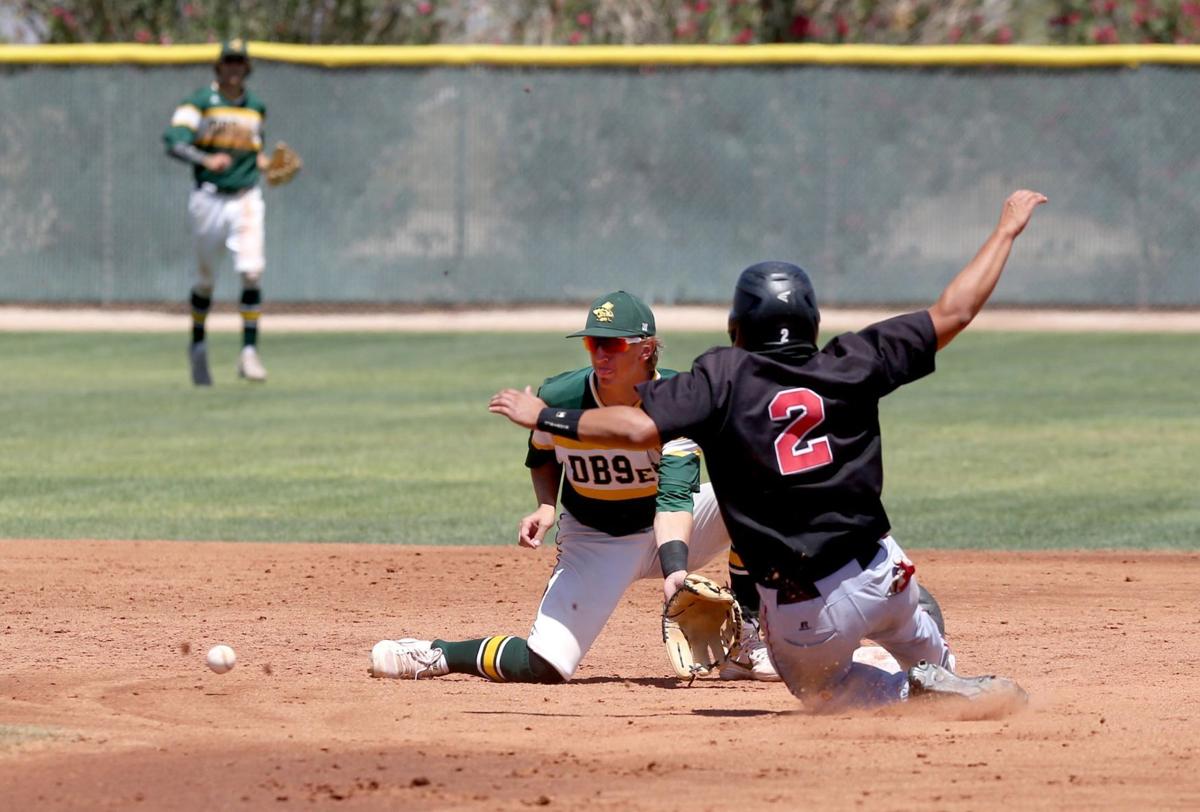 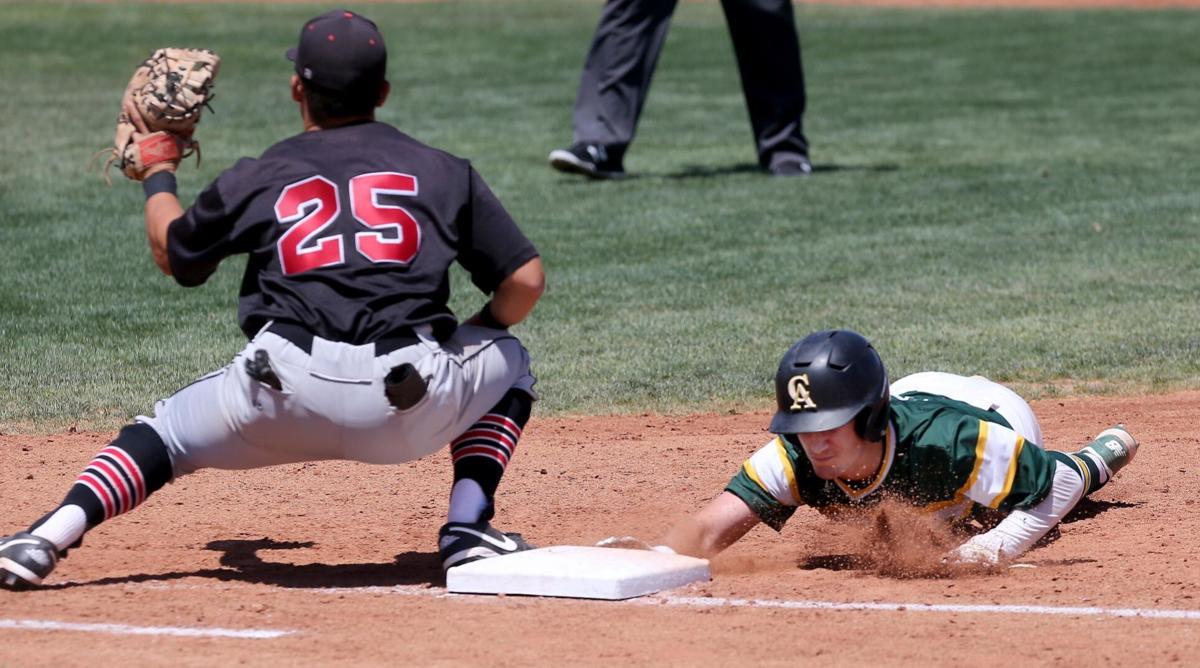 Central Arizona’s Vinnie Lagatta dives back to first as Glendale’s Alec Yamauchi waits for the throw during Game 1 of a doubleheader Saturday April 17, 2021 at CAC. 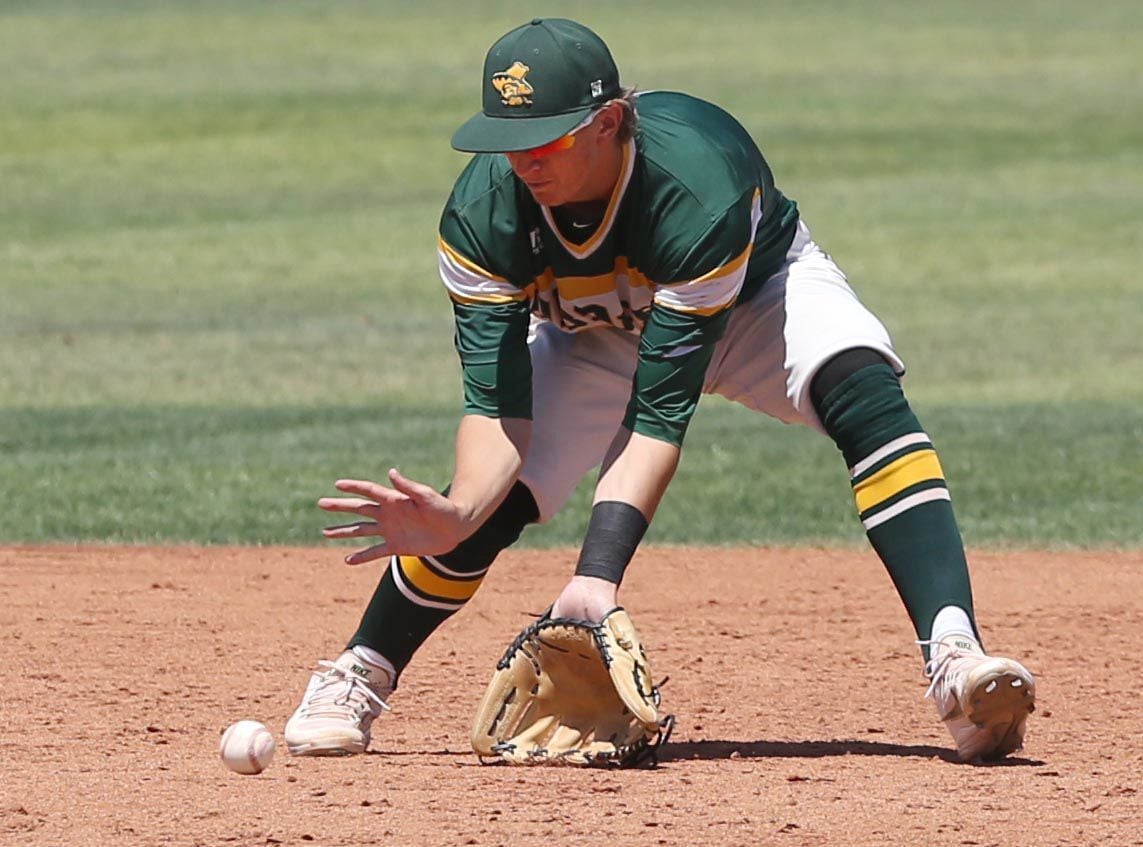 Central shortstop Zack Stewart fields a grounder during a game against Glendale Saturday April 17, 2021 at CAC. 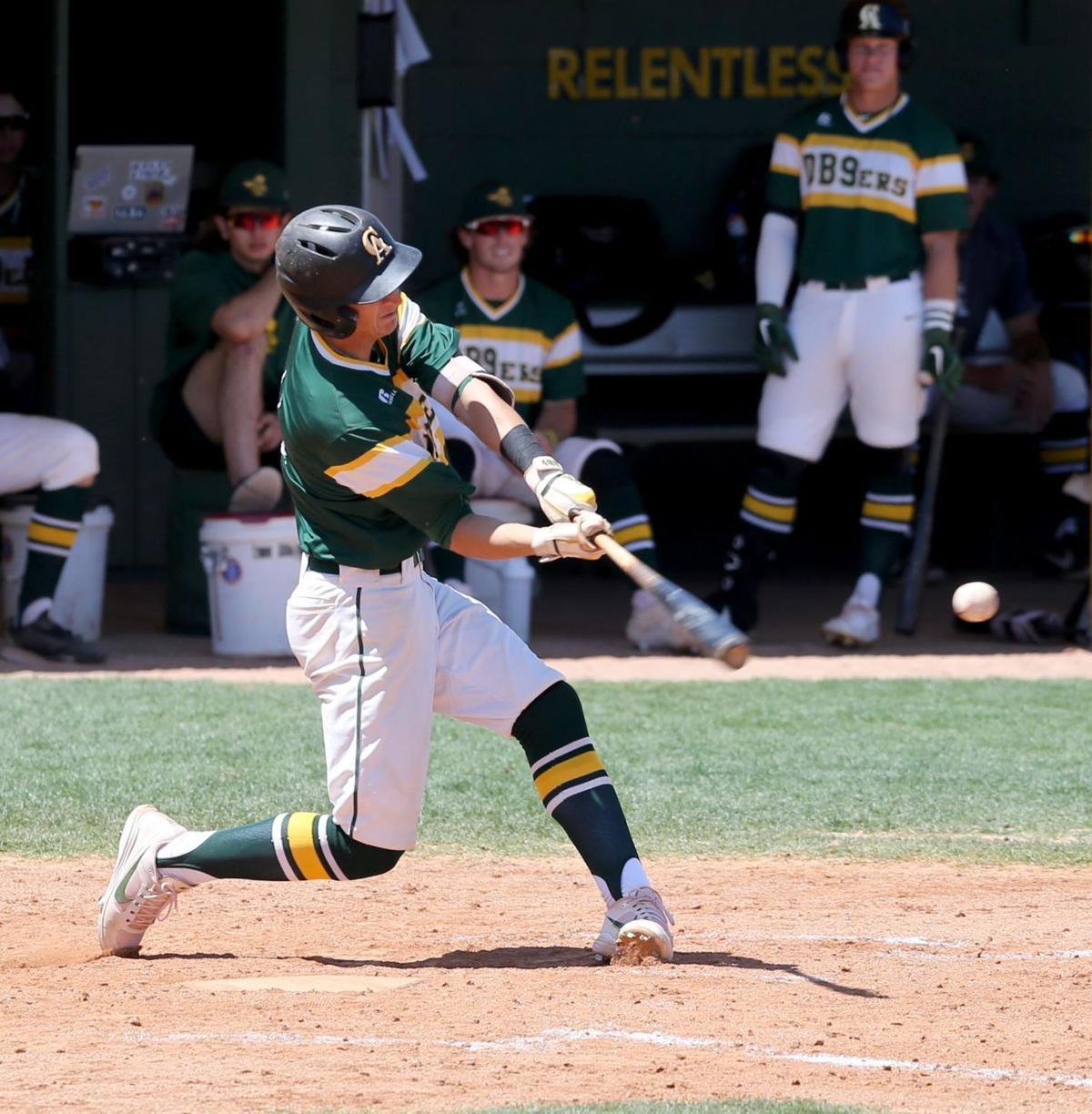 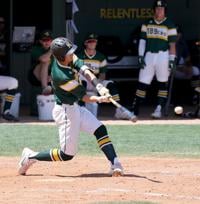 Central’s Zack Stewart takes a swing during a game against Glendale Saturday April 17, 2021 at CAC.

Central Arizona’s Vinnie Lagatta dives back to first as Glendale’s Alec Yamauchi waits for the throw during Game 1 of a doubleheader Saturday April 17, 2021 at CAC.

Central shortstop Zack Stewart fields a grounder during a game against Glendale Saturday April 17, 2021 at CAC.

Central’s Zack Stewart takes a swing during a game against Glendale Saturday April 17, 2021 at CAC.

SIGNAL PEAK — Despite having a five-game lead in the conference standings with only eight regular-season games remaining, the Central Arizona College baseball team is taking nothing for granted.

The fourth-ranked Vaqueros registered yet another doubleheader sweep on Saturday, run-ruling visiting Glendale in both games. Mat Olsen tossed a two-hitter in the opener as Central rolled to a 10-0 victory in six innings. A seven-run third inning paved the way for a 12-2 seven-inning win in Game 2.

“They’re the No. 1 team in Division II,” CAC coach Anthony Gilich said of the Gauchos. “I’m always glad to get two.”

Glendale (18-21, 15-15 ACCAC) used eight pitchers in the opener, with none going more than one inning. The unorthodox strategy worked fairly well through four innings, as the Vaqueros were limited to two runs and three hits.

CAC then sent 11 batters to the plate in a six-run fifth inning and finished off the Gauchos with a two-run sixth. The game ended on a two-out RBI single by pinch-hitter Ryan Grabosch.

Facing so many pitchers “makes it a little tricky on the hitters,” Gilich said. “We had to switch gears kind of quick.”

The Vaqueros broke a scoreless tie in the third when Dayton Dooney drilled a two-run double down the right-field line.

CAC doubled its hit total in the fifth, getting two-run singles from Jake Jarvis, Vinnie LaGatta and JD McLaughlin.

Zack Stewart’s RBI single in the sixth extended the lead to 9-0.

McLaughlin had two of Central’s eight hits, seven of which were singles. Glendale’s bevy of pitchers combined for eight walks and six hit batters.

Olsen (9-0) has held opponents scoreless in six of his 11 starts. The only hits off the Florence High School star were singles in the first and fourth innings. Olsen struck out six, walked one and hit two in lowering his ERA to 0.95.

“I don’t think Mat had his best stuff but when it’s time to perform, he’s able to do it,” Gilich said.

The Gauchos loaded the bases with two outs in the first, but came away empty when second baseman Dooney snagged a rising liner to retire the side. Glendale stranded a runner at second in the third and sixth innings.

The Vaqueros drew 10 walks in Game 2 to go with nine hits (two apiece by Dooney and Stewart). Four of the walks came with the bases loaded.

CAC’s lone extra-base hit was Dusty Garcia’s two-run triple that put the Vaqueros ahead to stay at 4-2 in the third. Kiko Romero had a run-scoring groundout in the first, a bases-loaded walk in the fifth and a game-ending RBI single with nobody out in the seventh.

After Jarvis singled to drive in a run in the third, Matt Aribal and Preston Godfrey had RBI walks later in the inning. Dooney walked with the bases loaded in the fifth.