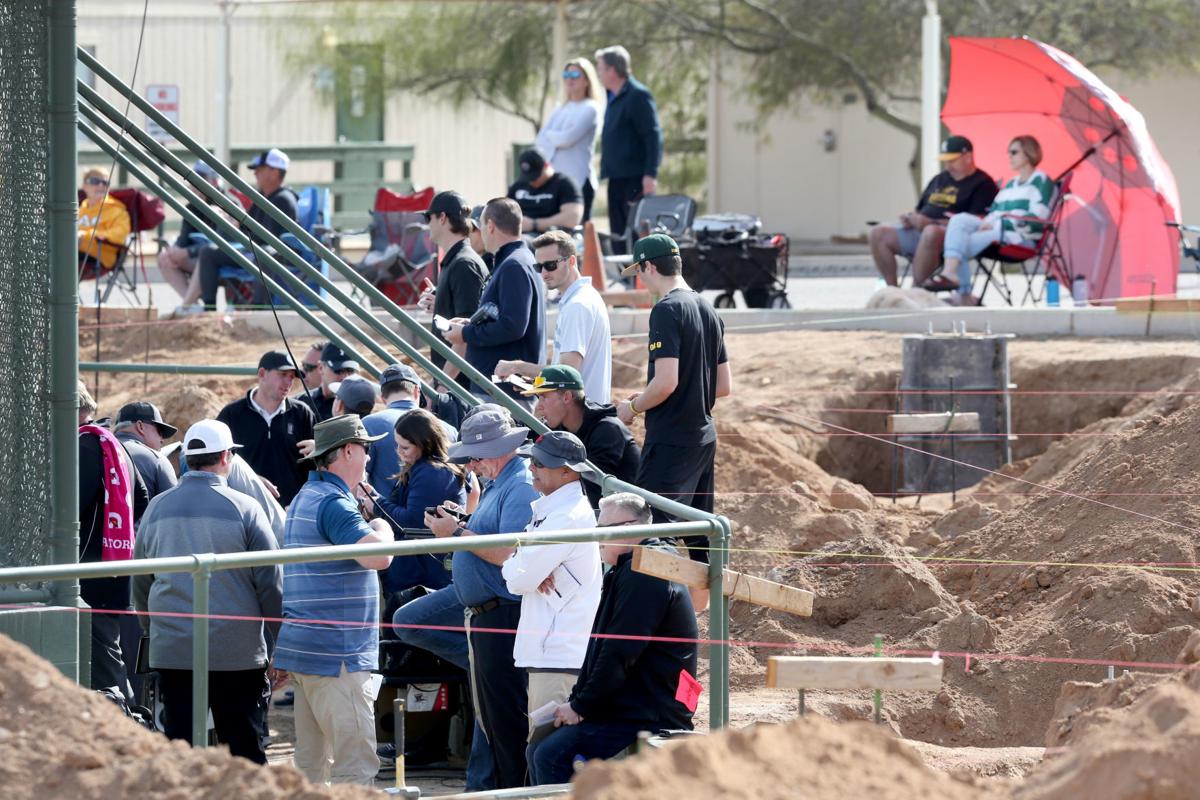 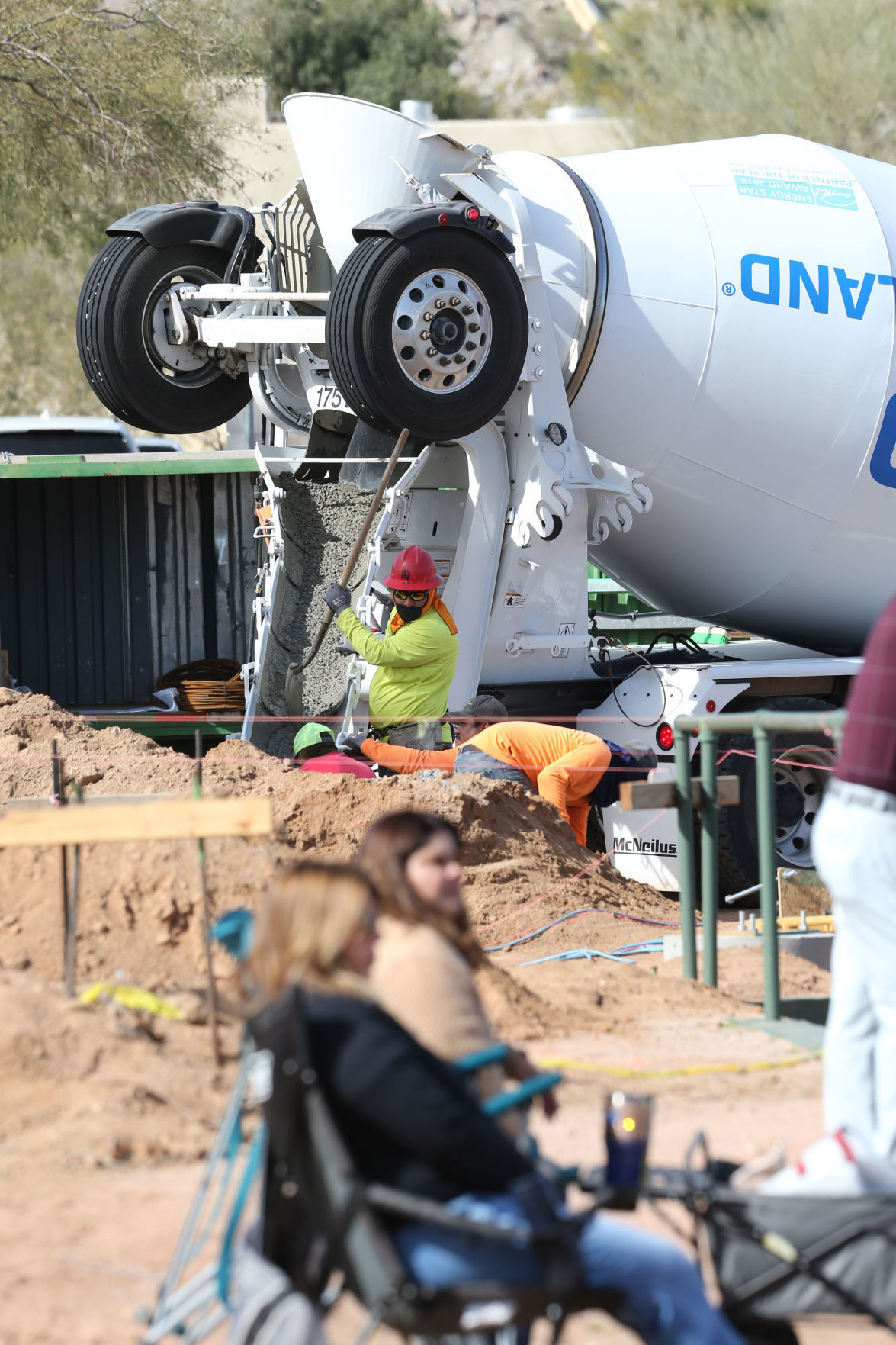 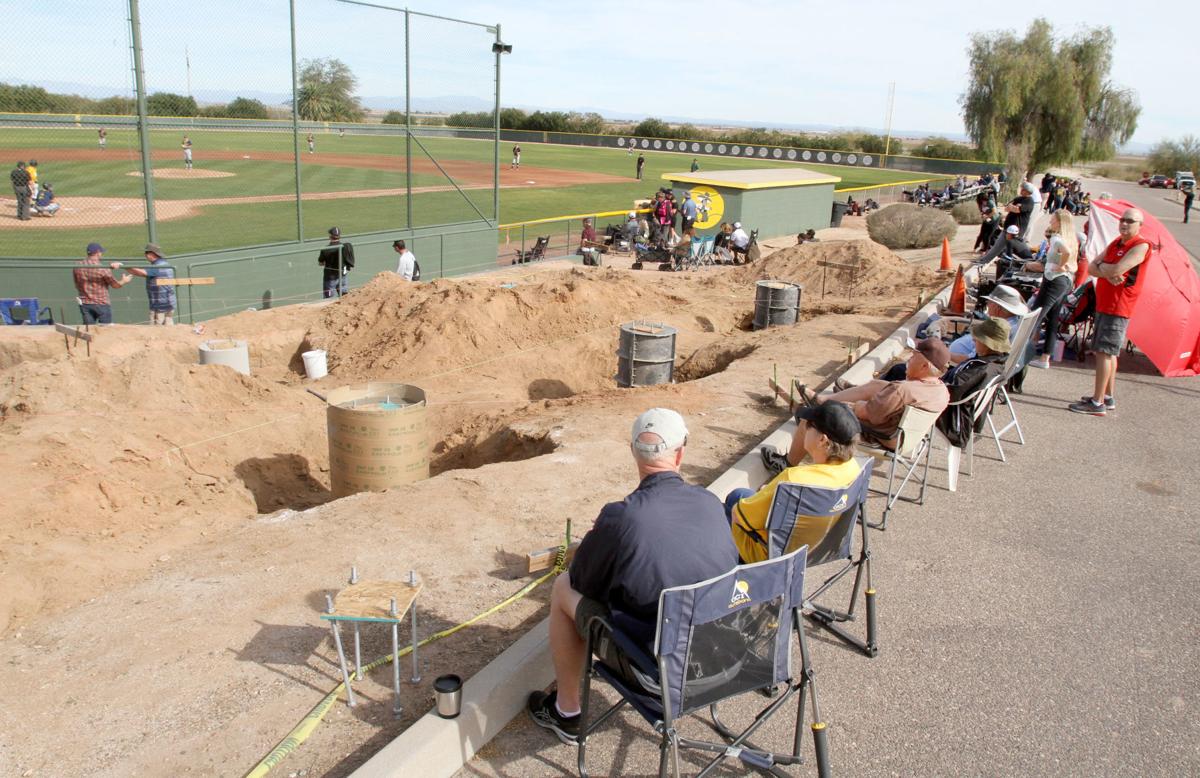 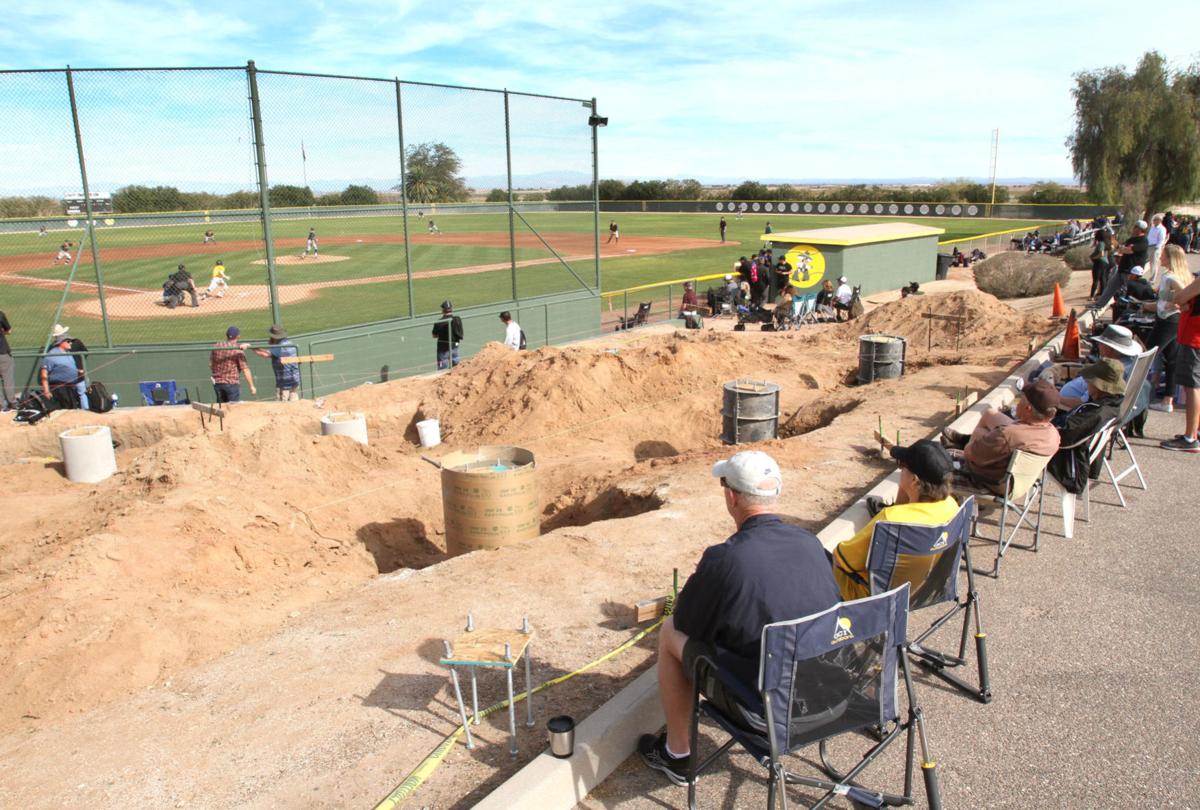 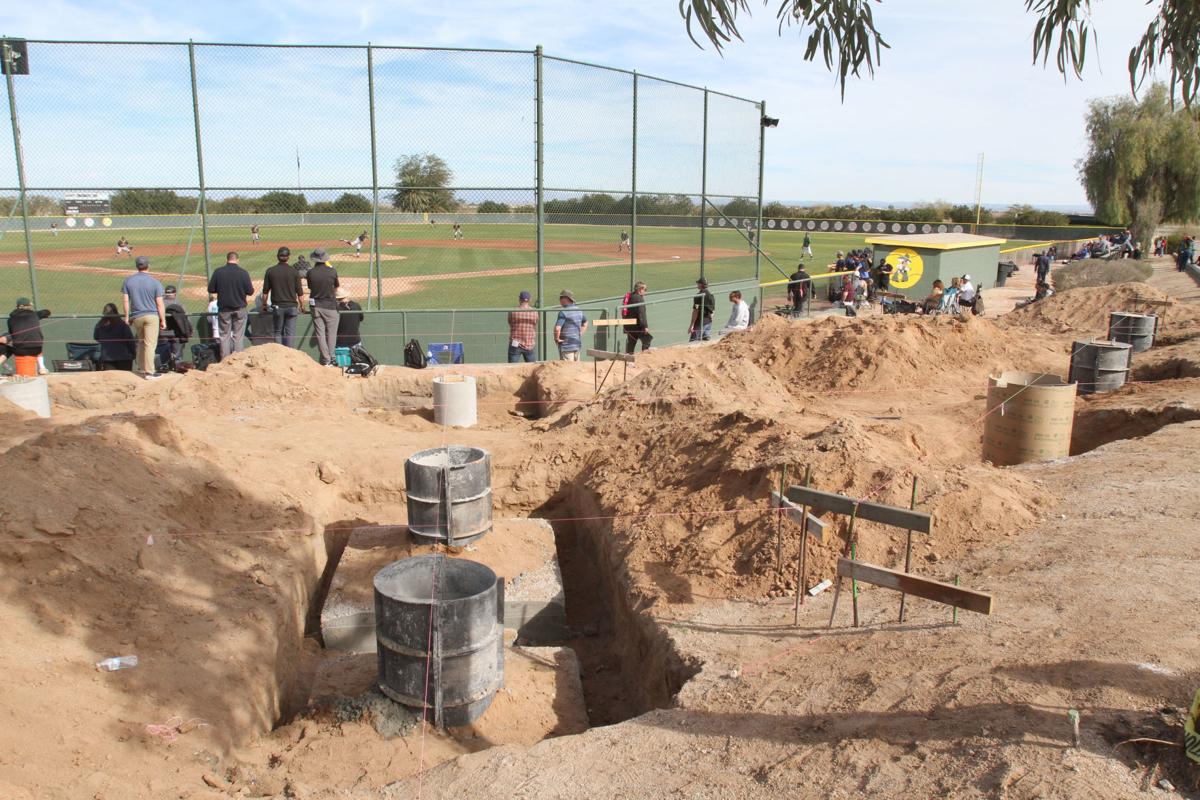 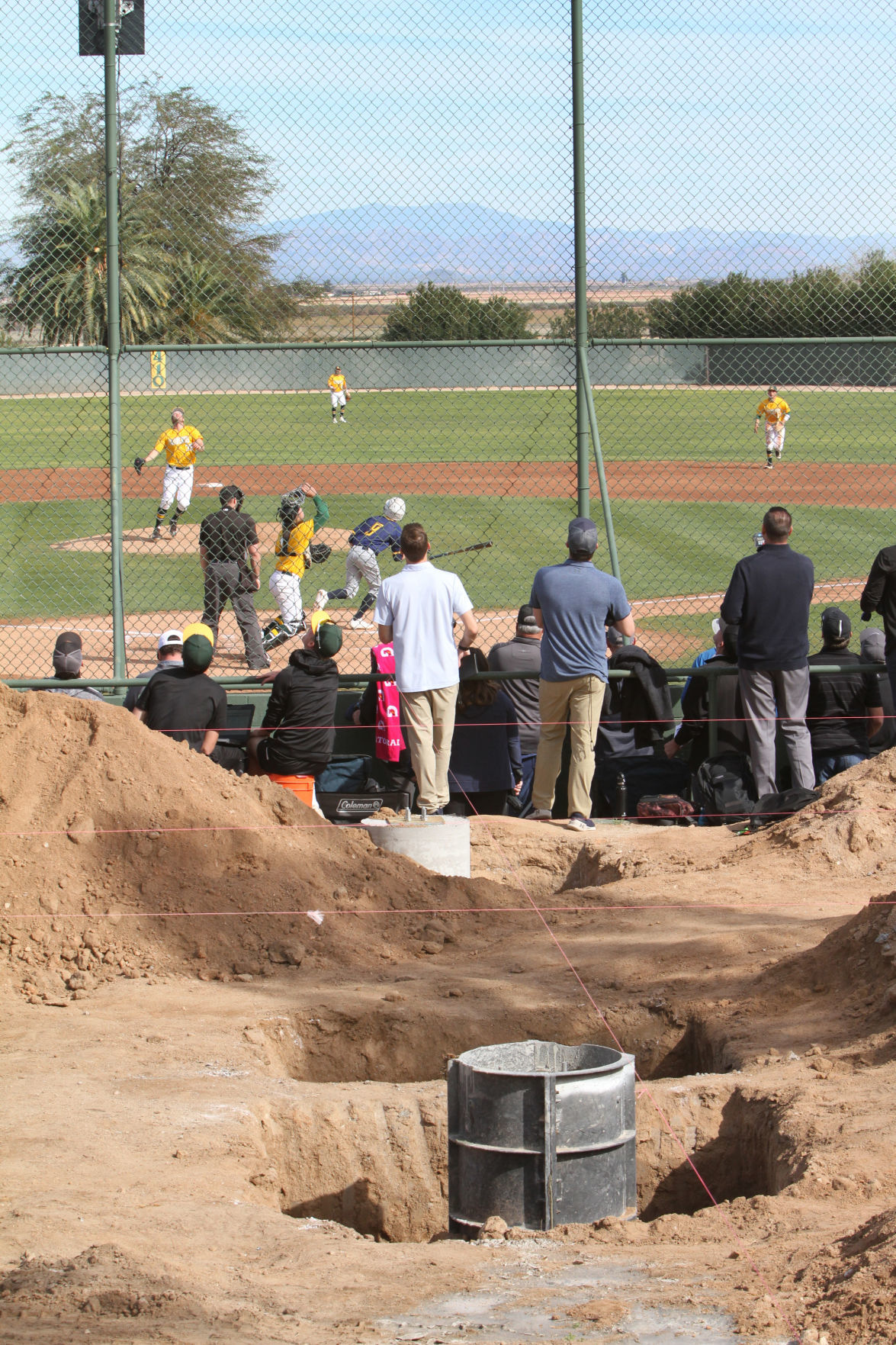 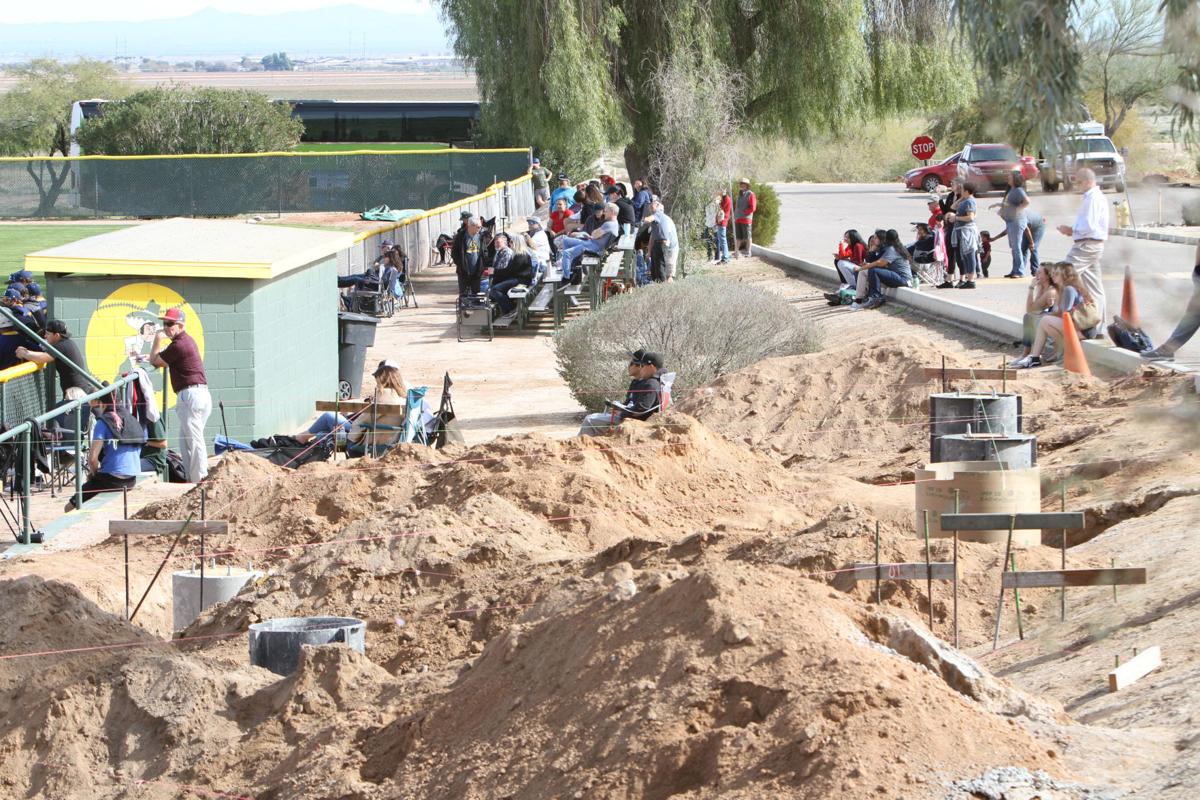 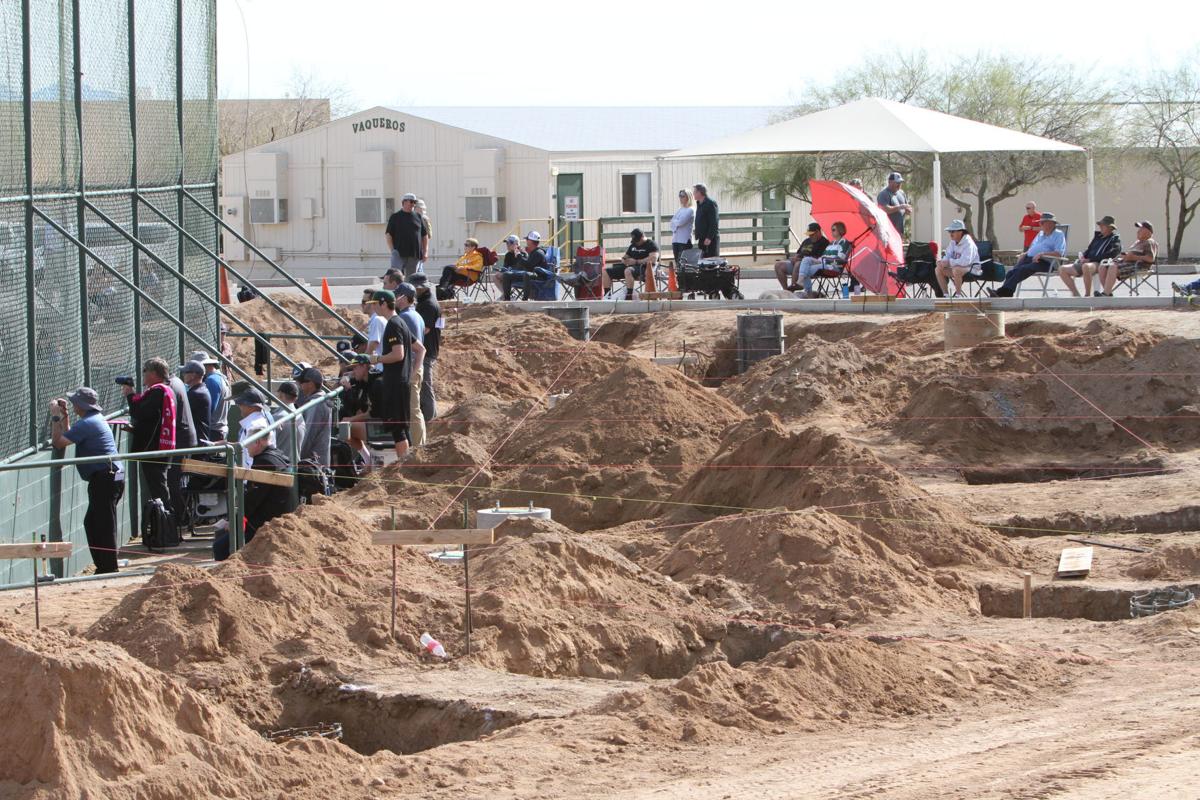 CASA GRANDE — Central Arizona College baseball fans may have to wait until next year to enjoy all the benefits of the college’s new stadium.

Construction is progressing more slowly than hoped, said CAC Athletic Director Chuck Schnoor. The college was hoping to have the new stadium finished before the start of the baseball season, but now it’s looking like it may not be finished until April.

“It’s just the particulars of how the construction process works today,” Schnoor said. “We knew we would go through this (a delay in construction). It was just a matter of time.”

The new stadium is part of the college’s efforts to upgrade its sports facilities. The stadium will include a horseshoe-shaped permanently shaded grandstand, with a larger enclosed press box and new PA system. The chairs will have seat backs and the college is considering selling personalized seating. Bathrooms and a concession stand are also a possibility. The total cost for the project is expected to be around $350,000.

He said funding for the project came in on time, but there have been delays matching up when labor is available and construction materials are available. Contractors also didn’t start moving dirt on the project until December and just poured the concrete footings for the new stadium.

Schnoor did not go into details about what was causing the delays in materials or labor.

“The people we’ve got working on it are very good,” he said. “But they have to coordinate all sorts of subcontractors.”

The contractors also have to work around the college’s baseball schedule, Schnoor said. The college can’t have work going on during a game — a worker could get hit by a ball or a fan or player could be injured during construction. This has also slowed construction.

“We know it’s inconvenient,” Schnoor said, “but next year, it will be beautiful.”

SIGNAL PEAK — Despite the season being canceled, work continues on Central Arizona College’s new baseball ballpark with an expected completion…