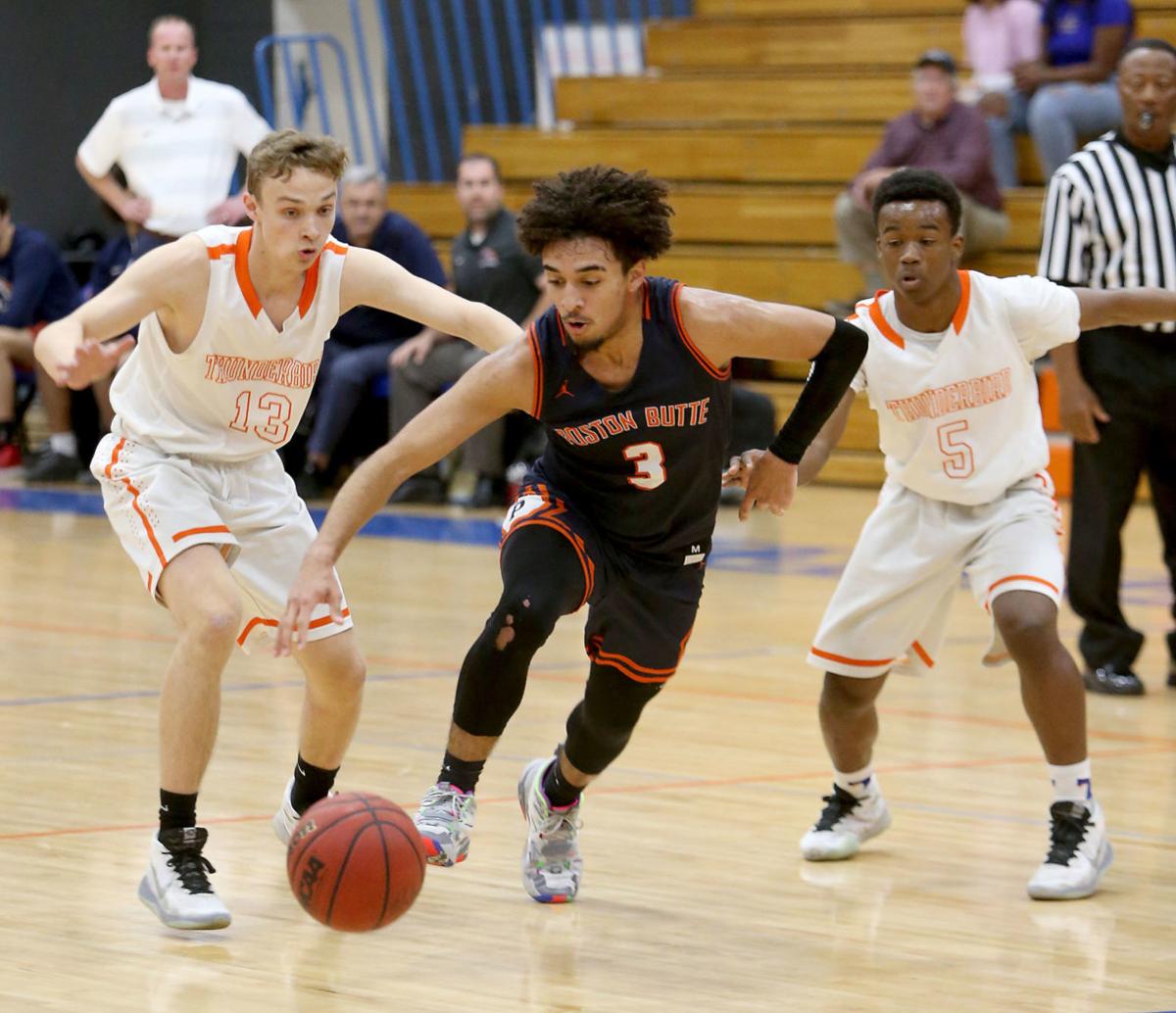 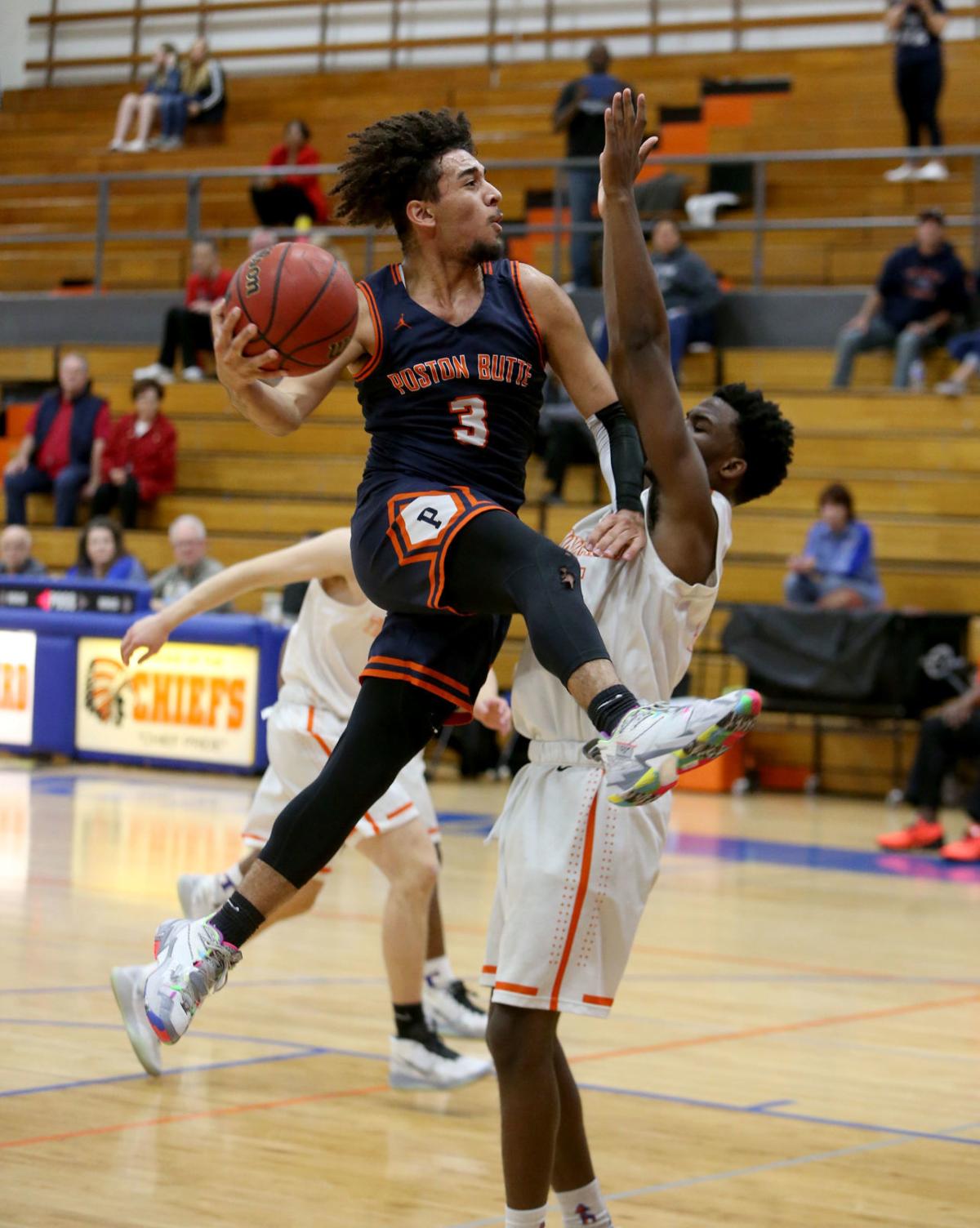 Poston Butte’s Quest Williams soars to the hoop as Thunderbird’s Dominic Hill attempts a block during Friday’s game in Phoenix. 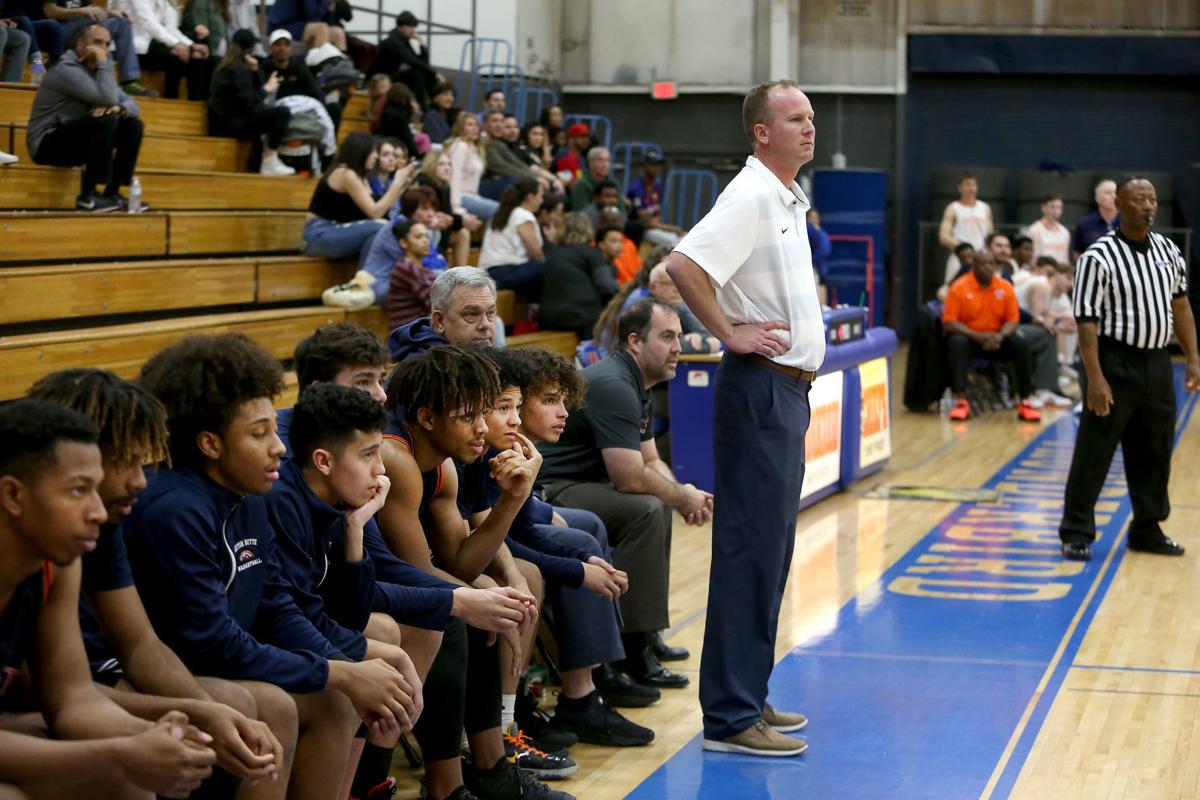 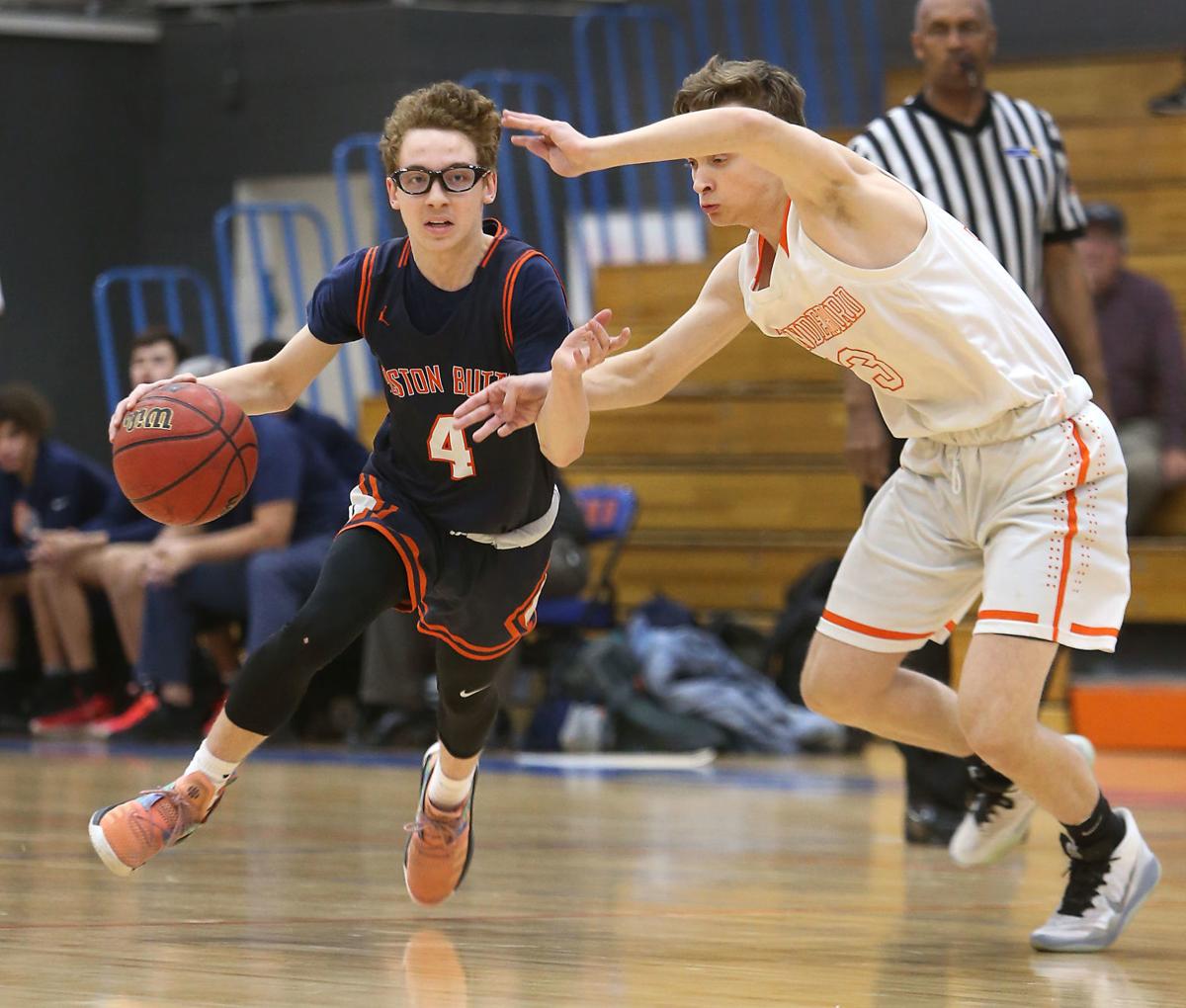 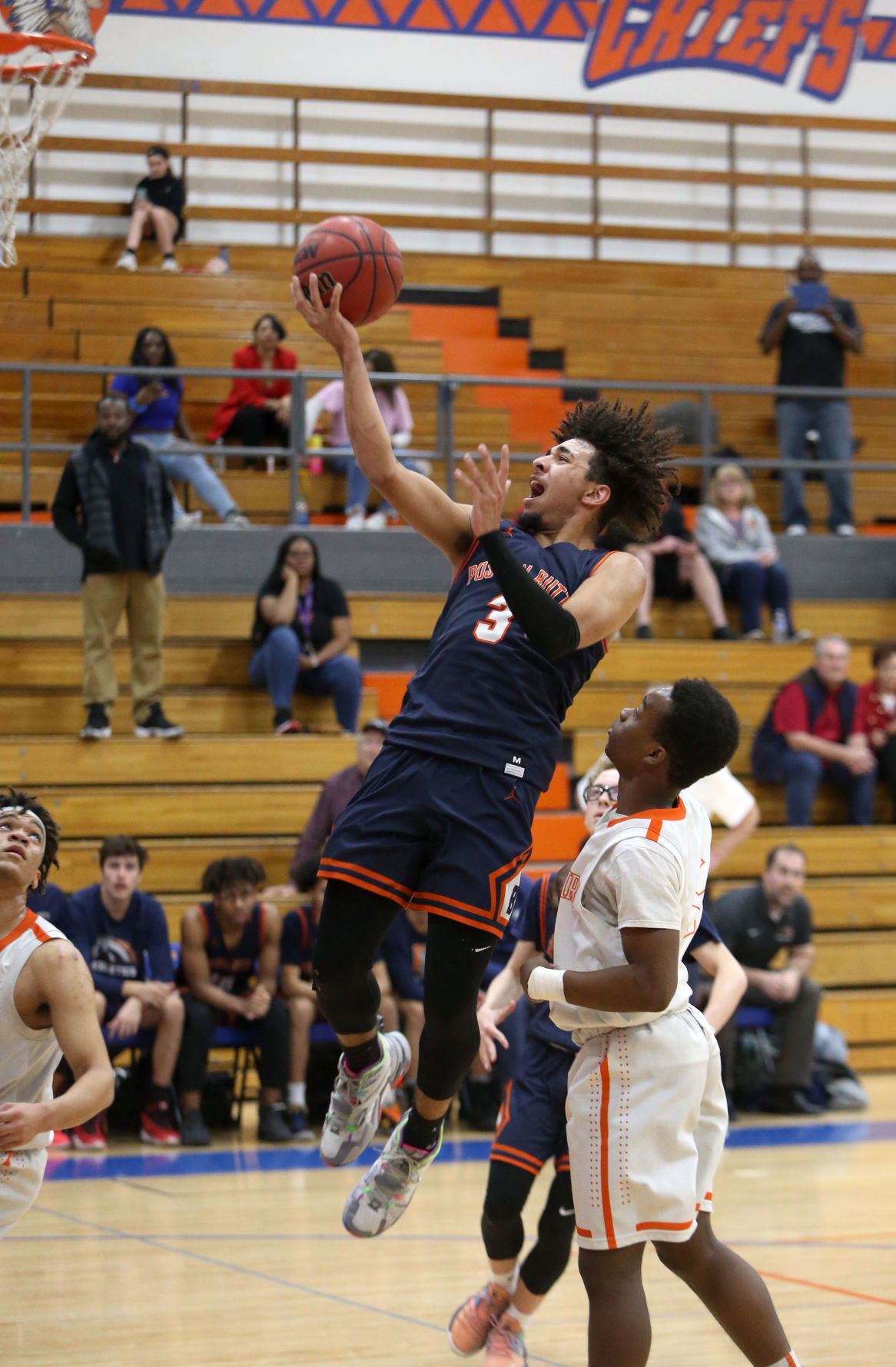 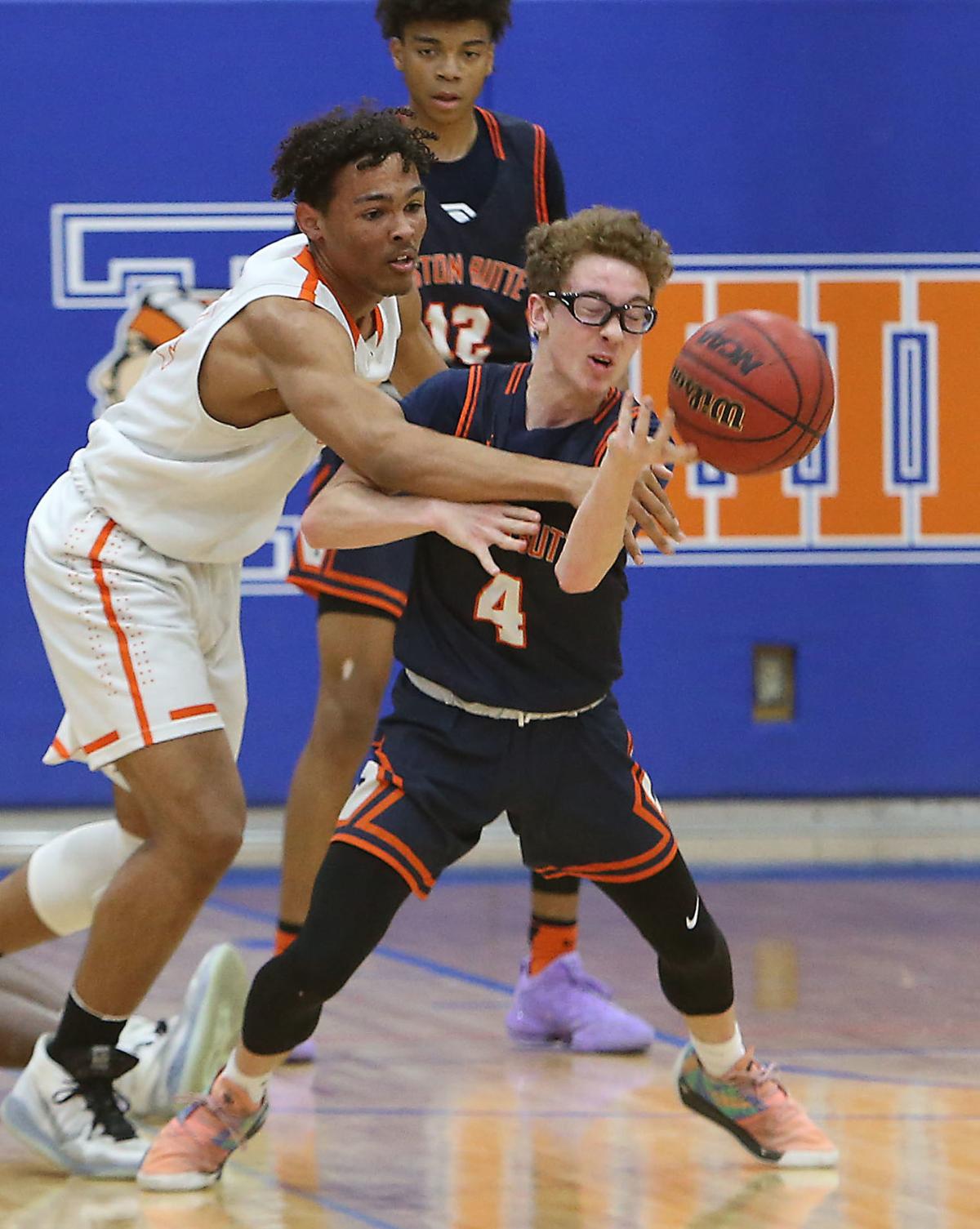 Poston Butte’s Quest Williams soars to the hoop as Thunderbird’s Dominic Hill attempts a block during Friday’s game in Phoenix.

PHOENIX — Everything was bright and sunny for the Poston Butte boys basketball team at halftime against Phoenix Thunderbird on Friday. The second half was a different story.

“They did a really good job at taking Quest out of the game in the second half,” Broncos coach Mike Christenson said. “They definitely put a lot more pressure on him. As soon as he got the ball, you could see everybody sliding over to cut off penetration. No. 14 (Jahon Lethridge) did a good job guarding him.”

The other problem for Poston Butte was that shots fell in the first half but simply did not after the break. The well dried up, and even though the Broncos had open looks, they couldn’t knock anything down.

The Feniello brothers — identical twin undersized guards — were terrific in the first half. They played defense, made great passes, ran the floor and drained shots. Josh Feniello had all seven of his points in the first half. Jacob Feniello finished with four points.

Mareise Bruce was the second-leading scorer for the Broncos with 12.

But the size of Thunderbird started to take its toll on Poston Butte in the second half. The Chiefs had a decisive advantage in that category, with 6-foot-7 Eli Conditt and 6-4 Bobby Nivens leading the way. But Thunderbird also has big guards, with Lethridge at 6-1 and Landon Higgins at 6-2, while the Feniello brothers are both 5-6.

“Our guys played hard, but I think [Thunderbird’s] size got to us a little bit,” Christenson said. “In the end, it wears you out. When you’re that undersized and you’re playing against those bigger, stronger guys for an entire game, by the fourth quarter, you’re pretty gassed. And I think that had a lot to do with why the shots weren’t falling, too.”

It also contributed the the Broncos fouling a bunch in the second half. The Chiefs were in the bonus quickly, and they made their opportunities count. Thunderbird hit 16 of 20 free throws in the second half, with Lethridge hitting 6 of 8 in the fourth quarter alone.

Lethridge had a game-high 18 points for the Chiefs, Conditt added 14, and Higgins had 13.

When the season began, the Broncos had a goal of reaching the postseason, and they accomplished that. It wasn’t the most talented squad Christenson has had at Poston Butte, but the players played hard and achieved something significant, even if they came up short against Thunderbird in a game Christenson said they probably should have won.

“This season’s definitely a success,” he said. “Making the playoffs in 4A in the region that we played in, with the schedule we played ... I just told [my] guys they have nothing to be ashamed of. They had a good season. Fifteen wins is a good season in high school.”