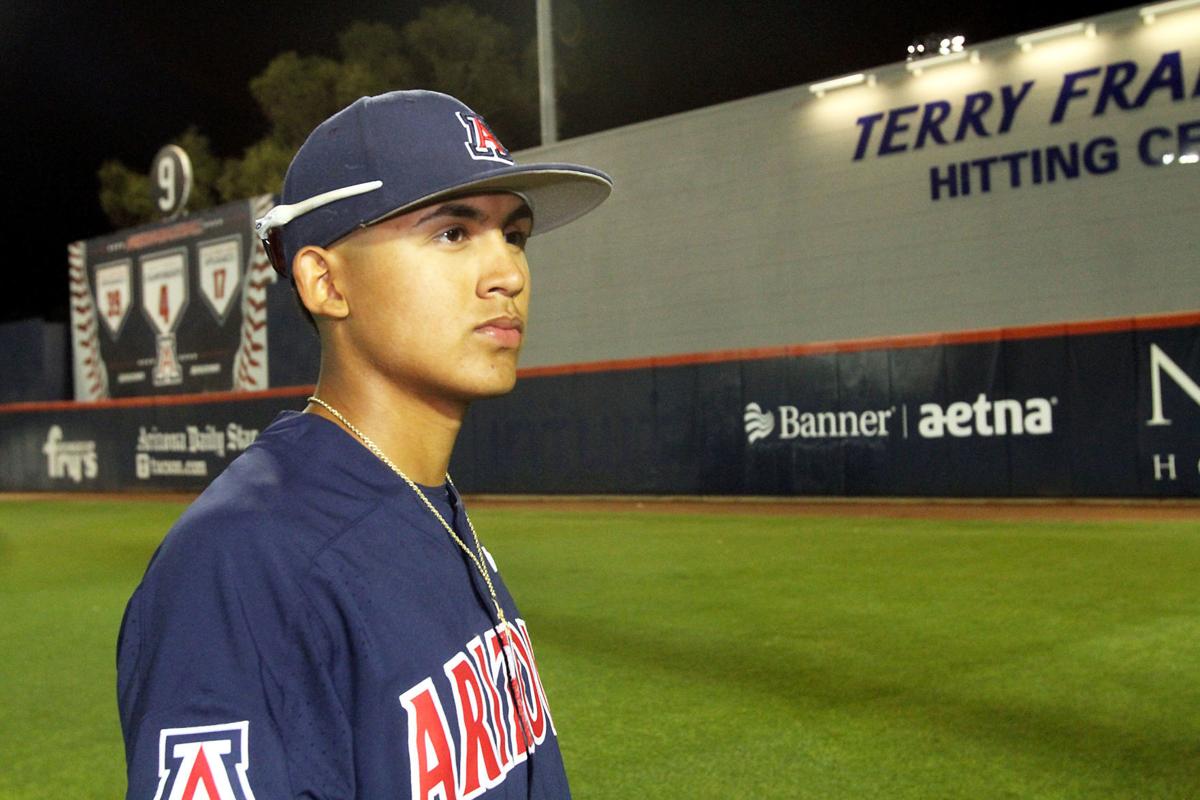 Arizona pitcher Gil Luna has been coming out of the bullpen for the Wildcats. The Casa Grande Union product is headed back to Tucson for another season after not being selected in a vastly reduced five-round MLB draft last week. 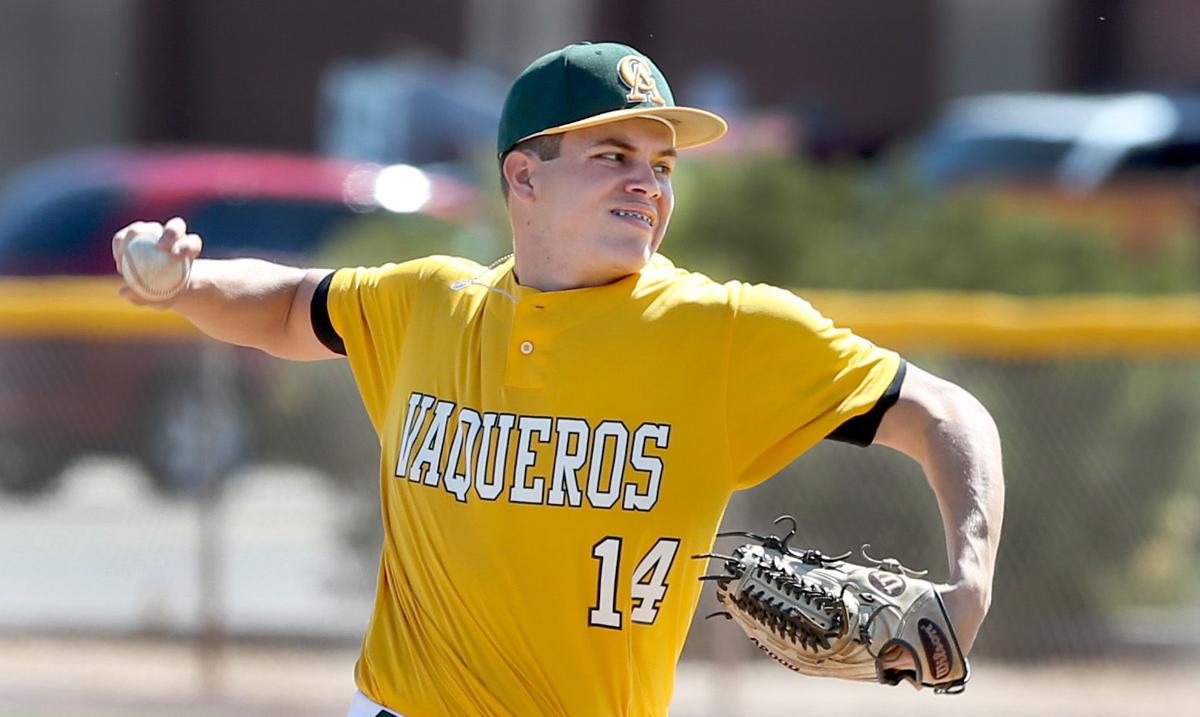 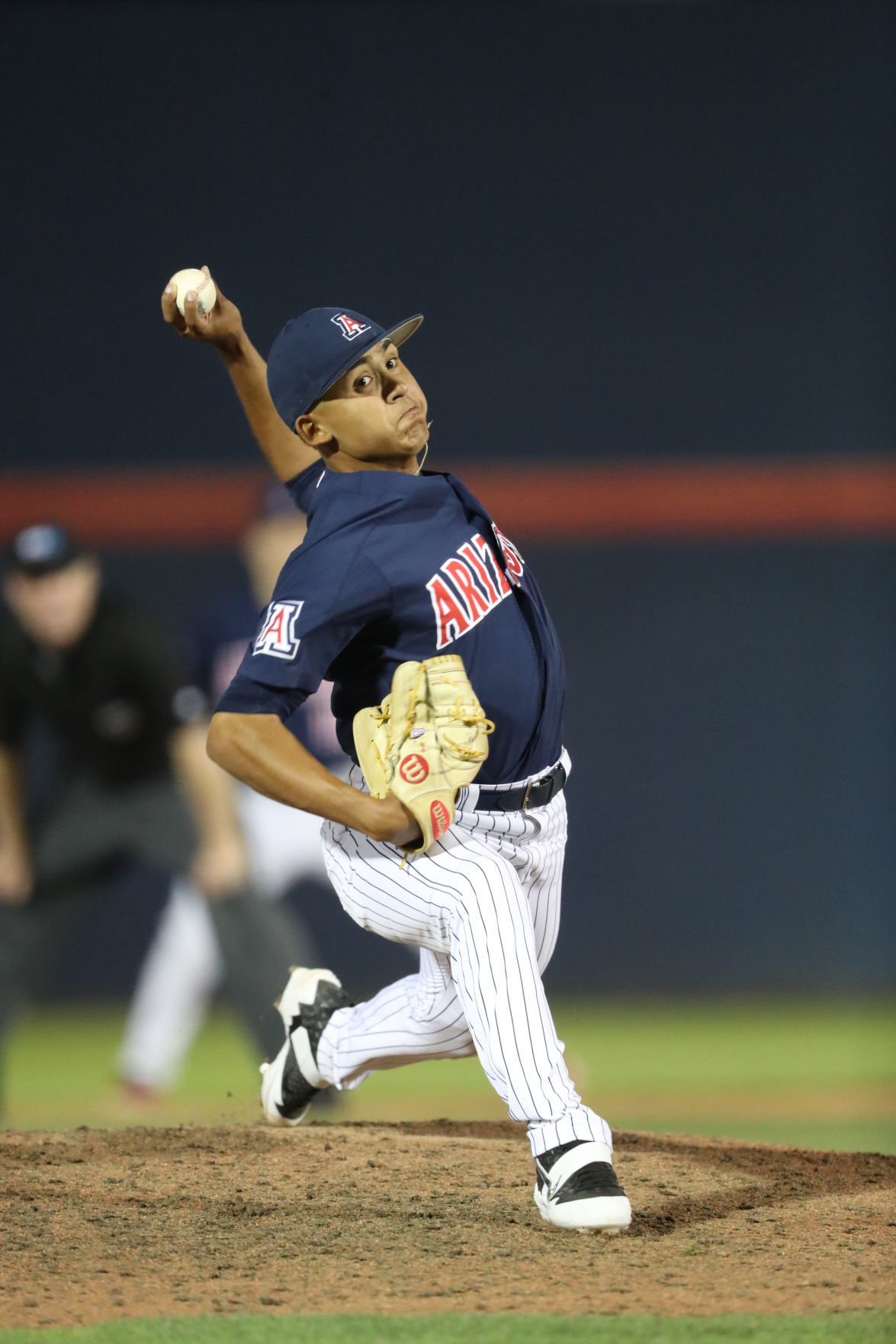 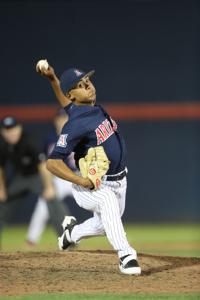 University of Arizona freshman pitcher Gil Luna delivers during the Wildcats’ 6-4 win over Arizona State on May 19, 2018, at Hi Corbett Field in Tucson.

Arizona pitcher Gil Luna has been coming out of the bullpen for the Wildcats. The Casa Grande Union product is headed back to Tucson for another season after not being selected in a vastly reduced five-round MLB draft last week.

University of Arizona freshman pitcher Gil Luna delivers during the Wildcats’ 6-4 win over Arizona State on May 19, 2018, at Hi Corbett Field in Tucson.

CASA GRANDE -- In February, Gil Luna had hoped come mid-June he would be pitching on college baseball’s biggest stage in Omaha.

But when the COVID-19 pandemic canceled the Arizona Wildcats baseball season, Luna was left to think about his circumstances.

“It’s crazy. Even now thinking about it and having to workout (in Casa Grande) and not being able to be with the team. It’s crazy; I think about it every day and how we could possibility be in Omaha right now,” Luna said. “It’s an experience that I feel like that everyone should have once in their lifetime and something that we worked up to year-round. It’s insane to me that COVID was the reason why everyone is at home right now and not playing in Omaha.”

Perhaps it wasn’t too surprising that after Luna went undrafted in last week’s MLB draft — which was reduced from 50 rounds to just five — he retweeted a tweet from Arizona baseball announcing he was coming back for 2021. In the tweet, Luna retweeted it with a comment saying “We got some unfinished business Zona.”

“I feel like that this coming year is gong to be one the best years at Arizona,” he said. “With our season being cut short, everyone wants to get back and get to work. I feel like the drive and the motivation right now to step on a field and play a game again is at an all-time high right now.”

The Wildcats lost catcher Austin Wells and Matthew Dyer to the draft. Wells was taken No. 28 overall by the New York Yankees, and the New York Mets selected Dyer in the fourth round.

With the NCAA allowing spring sports athletes an extra year of eligibility, along with the incoming freshman, Luna said next year’s team will have a deep bench.

“It was for sure a team I knew could have a long run,” Luna said. “Even though we lost Austin Wells and two of our biggest bats in the Pac-12, I feel like we have enough talent coming back that we could make a run next year.”

For Luna, the extra year also means another year to work with pitching coach Nate Yeskie. He’s not sure if his current role coming out bullpen will continue or not.

“The way our coaches (think) is having high-value stuff coming out of the ‘pen is just as good as having a good starter,” Luna said. “I will be able to do that so the way we set things out was for me to be in the closing role — being in situations where I can stay calm, situations where not a lot of kids are not used to and I’ve done that since my freshman year — coming on with runners on and less that two outs.”

Luna wasn’t the only Pinal County player looking to the draft. Former Florence pitching standout and Central Arizona College ace Mat Olsen also had his eye to the draft to see if he would be selected by an MLB franchise.

Olsen had multiple options at hand including the draft, heading to UA with Luna or returning to CAC, but after he went undrafted, he decided to return to CAC for another year.

“With everything going on, this year’s draft was certainly out of the ordinary,” he said of the vastly reduced draft.

He added there were no hard feelings with the Wildcats when he decided to withdraw his verbal commitment.

“There’s nothing but respect for UA and the coaches, I just decided reopen the recruiting process,” he said. “This whole COVID-19 thing just threw a curveball at everything.”