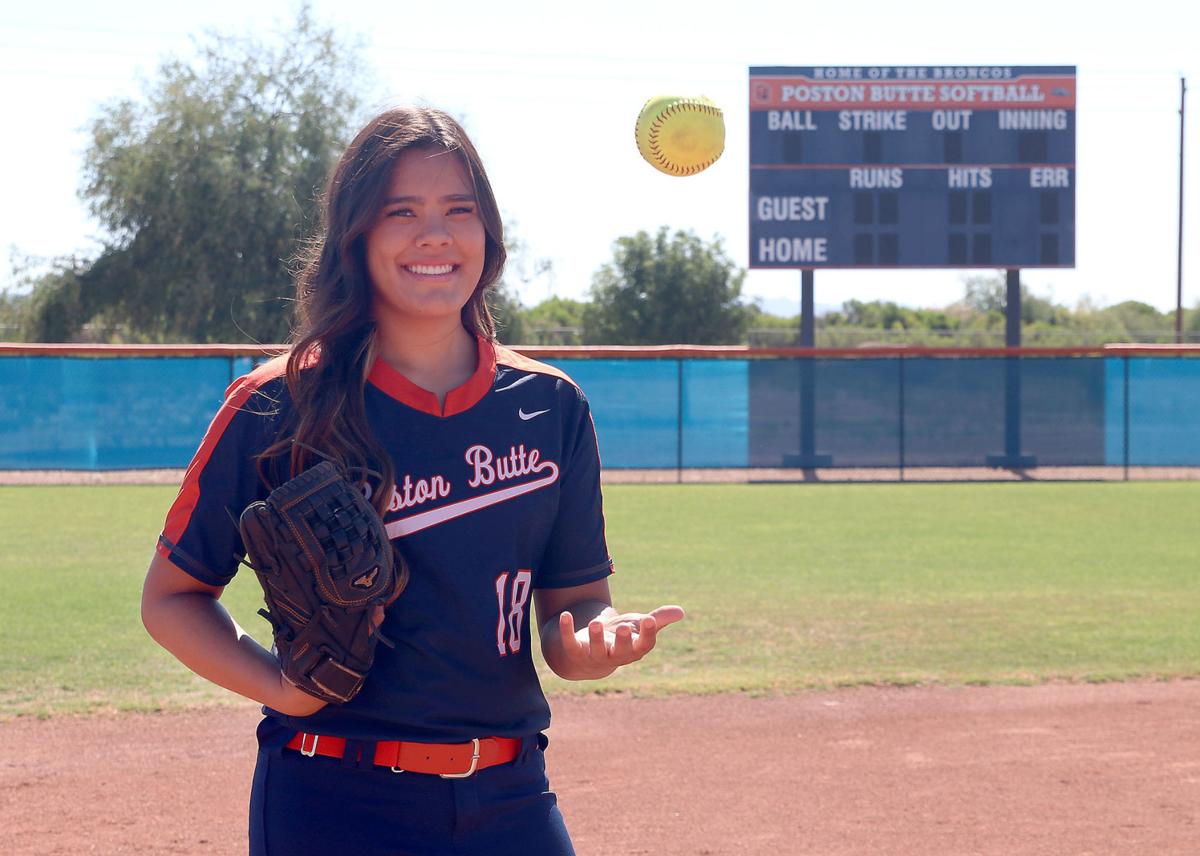 Former Poston Butte ace Lindsay Lopez finished her high school career with 711 strikeouts. She is headed to Arizona State, following in the footsteps of other great in-state pitchers who achieved glory with the Sun Devils. 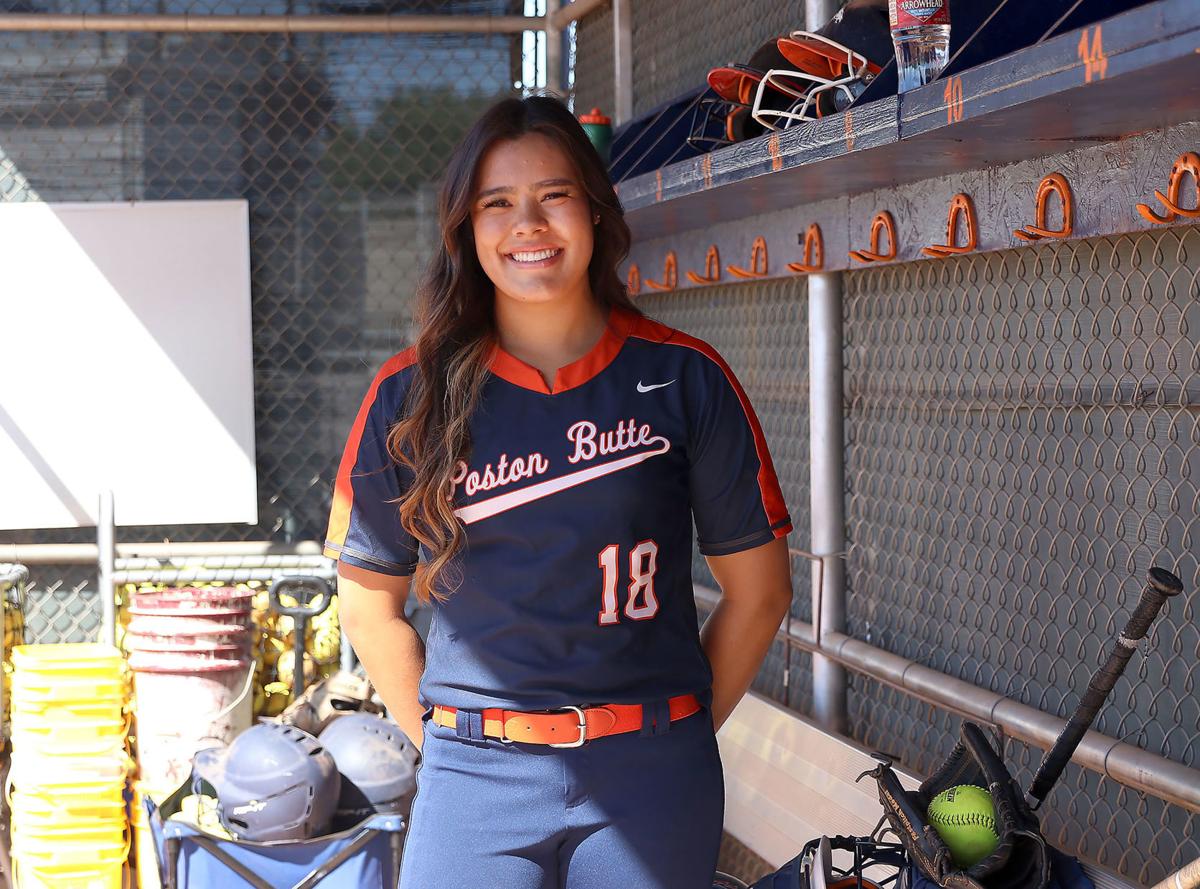 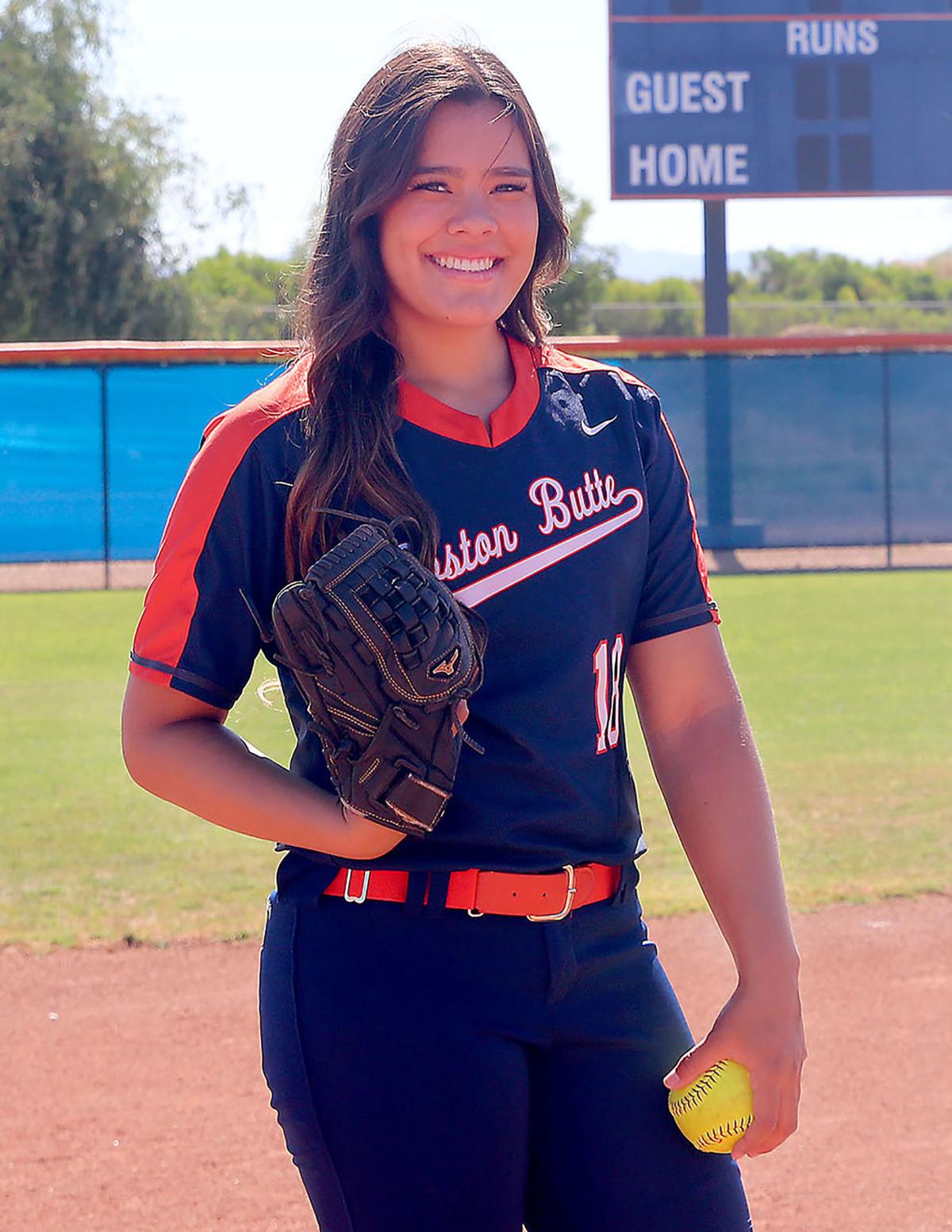 Former Poston Butte ace Lindsay Lopez finished her high school career with 711 strikeouts. She is headed to Arizona State, following in the footsteps of other great in-state pitchers who achieved glory with the Sun Devils.

SAN TAN VALLEY -- Lindsay Lopez wants to be the next in-state Sun Devil to lead the softball team to glory.

In 2018, the Arizona State softball team finally returned to the Women’s College World Series for the first time in five years.

In the circle for the Sun Devils was Mesa Red Mountain’s Breanna Macha and Glendale Mountain Ridge’s Giselle Juarez.

The last time ASU won the NCAA title was in 2011, again it had two in-state aces in the circle with Scottsdale Chaparral’s Mackenzie Popescue and Phoenix St. Mary’s Dallas Escobedo.

It seems that the key to success for the Sun Devils is to have two in-state pitchers.

The Sun Devils will have that key component next season once two of the state’s most dominant pitchers are officially on the roster. One of them is Poston Butte's Lopez, who grew up idolizing Escobedo and Popescue during ASU’s 2011 title run.

“(Escobedo) was a role model for me and Mackenzie Popescue,” she told PinalCentral. “I’ve grown up watching them so just thinking about it, it’s really crazy that I’m going to be there.”

Lopez originally committed verbally to the University of the Pacific in California during her sophomore year of high school, but made the switch over to ASU last fall.

“I think part of it was committing so early and not really knowing what I wanted and not really wanting to be far away from home,” Lopez said. “I’ve always grown up watching ASU, so that kind of made it an easier choice for me to go there.”

Lopez is one of the most dominant pitchers to come out of Pinal County, and she is the first Bronco to sign with a Power 5 conference school.

Throughout her four-year career at Poston Butte, she finished with a 1.07 ERA, 452 2/3 innings pitched and 711 strikeouts, with opponents batting .175 against her.

She was also pretty good at swinging the bat, finishing with a .513 batting average, 184 hits and 153 RBIs.

“I came in freshman year without people really knowing who I was,” Lopez said. “I just went out there and played the game I’ve always been taught, so just seeing the career that I have had here, it really means a lot to me. It shows me that all the hard work that I’ve put in the past four years and being a role model for the younger girls has really helped, it’s just a really good thing for me to end off with.”

Coming into her senior season, Lopez had goals of surpassing 100 strikeouts, and hitting better than .500. She reached both goals easily.

She finished with 223 strikeouts, a .554 batting average and was also named the MVP at the Arizona Softball Coaches Association Senior All-Star Game.

It’s hard to image that an athlete of her caliber grew up practicing in a parking lot at the Walker Butte K-8 School in San Tan Valley.

“I keep having flashbacks of pitching with my dad at the Walker Butte parking lot at night using the lights because there was no other place to go,” Lopez said. “Just thinking that and now I’m going to be pitching under the ASU lights. It’s mind blowing.”

The San Tan Valley lefty added she doesn’t expect to see a lot of action her freshman year with the Sun Devils, but she is ready to learn from head coach Trisha Ford so that when her time comes, she’ll be ready.

Lopez also said she’s going to count on the support of her family and the Poston Butte community to fill up the seats at Farrington Stadium, as she could add her name to the strikeout leaders list that includes Escobedo, Popescue and Macha.

TEMPE — On more than one occasion Lindsay Lopez has said that getting the opportunity to play at Arizona State is like a dream.

TEMPE – Although last season was a relative success for ASU softball, coach Trisha Ford has to remind herself to stay patient with her team.