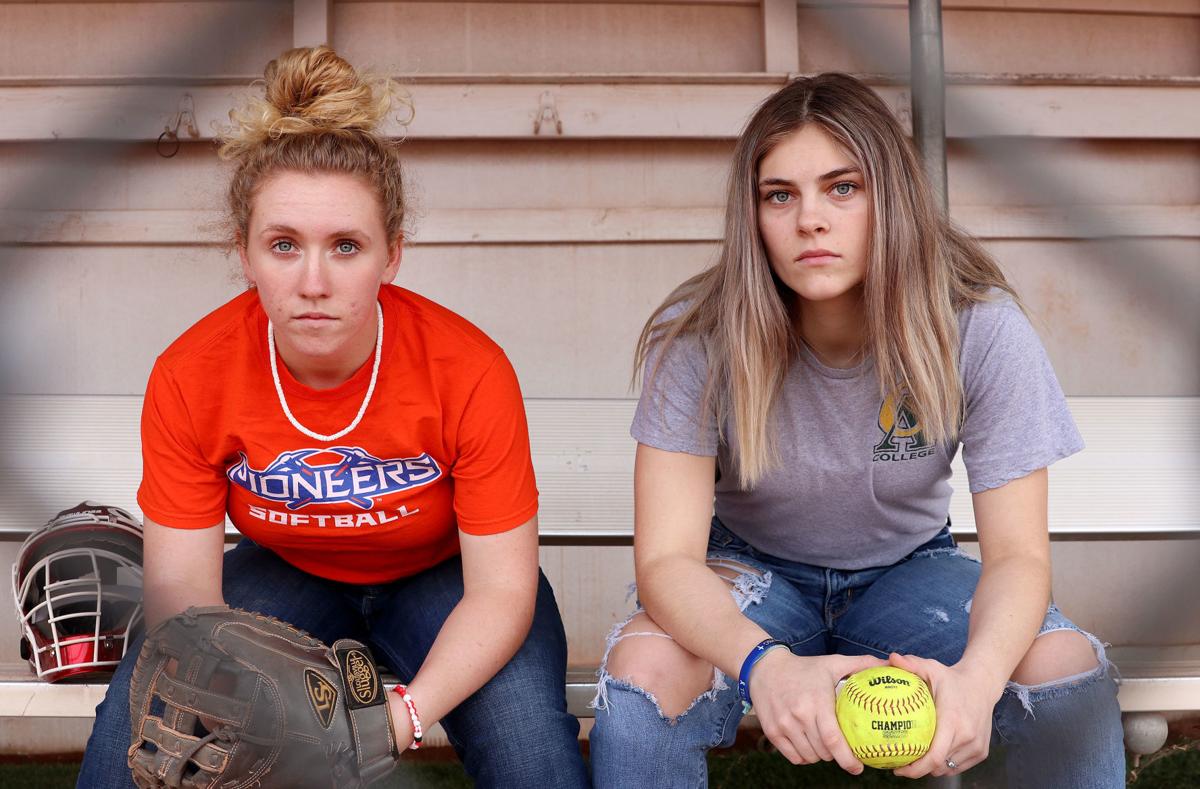 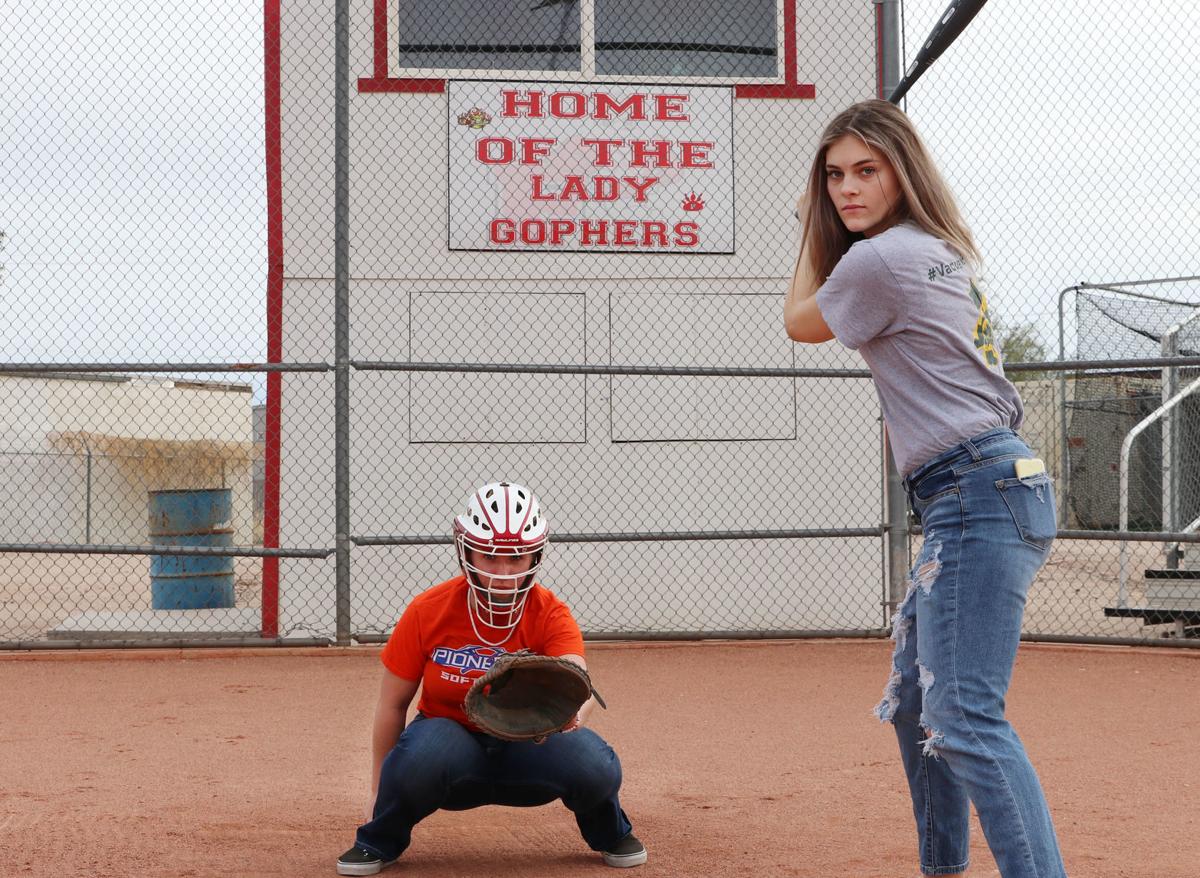 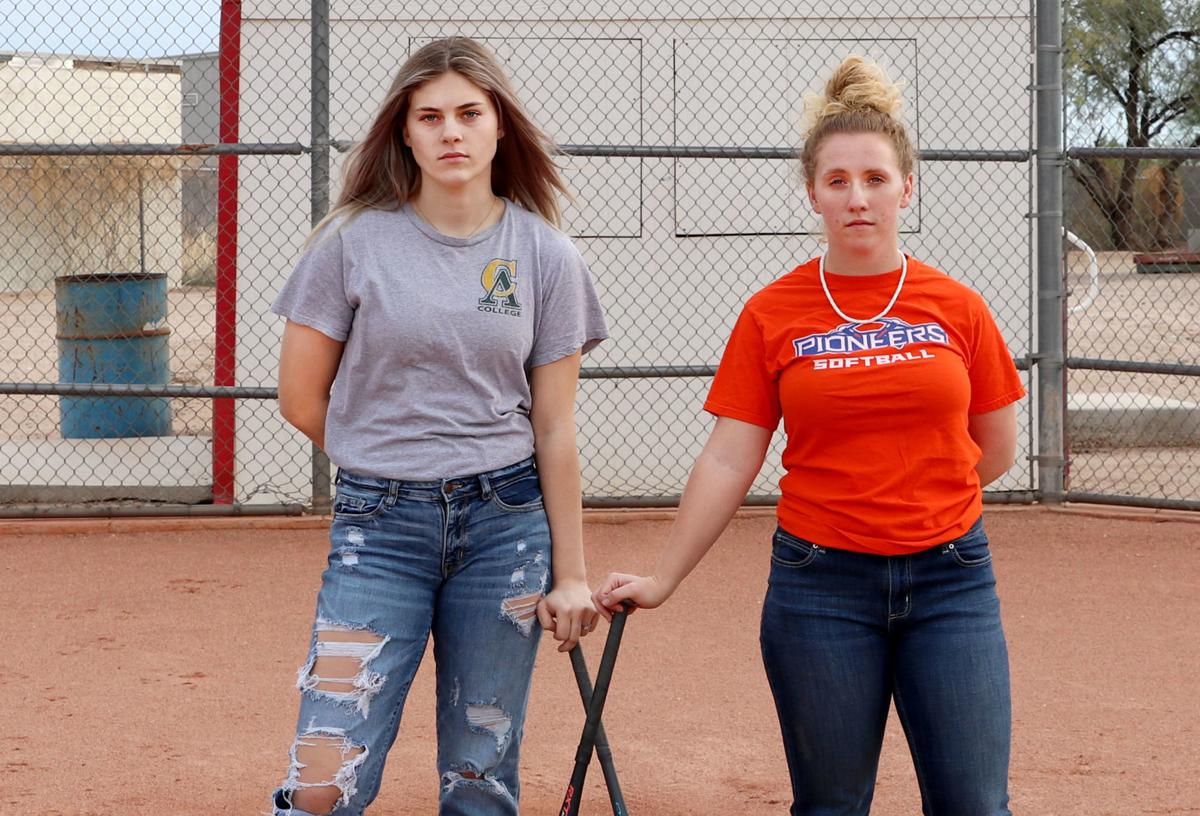 FLORENCE — When it comes to softball, Pinal County is a hotspot for talent, and it’s no surprise to see many young ladies signing to play at the college level.

While National Signing Day technically isn’t until Feb. 5, a number of athletes have already signed or committed to the school where they hope to continue playing the sport they love.

For Kendall Drake and Riley Ecenbarger, the road after high school will take them to the University of Wisconsin-Platteville and Central Arizona College, respectively.

Ecenbarger has signed a letter of intent with CAC, while Drake has given a verbal commitment to Wisconsin-Platteville, a Division III school.

Unlike other softball players who started out playing tee ball, Drake and Ecenbarger were late arrivals on the diamond, picking up the sport in middle school.

Drake, on the other hand, always enjoyed watching the Women’s College World Series on TV and thought it was cool, so she gave softball a try.

In just a few years of playing the sport, they’ve already felt the impact of the tight-knit softball community. Both Drake and Ecenbarger agreed that the bonds they’ve created with other athletes across the country is one of their favorite things about being a softball player.

“I like the family aspect at school,” Drake said. “I know I can go to all of the softball girls and be like, ‘Hey, this is going on.’ I like that part of it.”

Drake decided to become a Pioneer because she wants to be an agriculture teacher, and Wisconsin-Platteville will let her do that while continuing to play softball.

Ecenbarger will stay close to home with the Vaqueras and hopes to be a financial advisor, and even though CAC is a two-year school, she said because of the rigorous training on the diamond, she can still be recruited to a four-year school.

Drake and Ecenbarger added their skills have progressed immensely from when they first started out in high school.

During their first year on the varsity, neither played at their current position.

Drake didn’t start behind the plate until the end of her sophomore season and really struggled in the batter’s box.

“I struck out all the time, I couldn’t hit at all,” she said. “Now I’m the starting catcher and I’m hitting bombs ... There was a lot of improvement from my sophomore year to my junior year. A lot of weekends were given up to just improve so I could get better.”

Drake said at first the team didn’t really have a catcher until one day a former coach asked her to try it.

“I tried it and then I got determined and I was like, ‘I’m going to be a starting catcher for some team,’” she said. “After that, it was just kind of a spiral and I fell in love with catching, and it was my favorite thing. I couldn’t stop myself from doing it anymore, I just had to.”

Ecenbarger found her place at shortstop after she initially began as a courtesy runner and a utility player just filling in when needed. She also spent seasons at Florence and Gilbert Highland.

“Just kind of being scared of everything and not really knowing what I was doing,” she said. “I’m more of an aggressive player now, and I’m more passionate about the game, and I understand it better.”

Ecenbarger added her early high school years were rough when it came to not knowing where she was going to play.

“I was just ready to go anywhere,” she said. “I started playing shortstop when I was a sophomore and the coach at Highland was very aggressive, just smacking balls and going again and again, and I loved getting ground balls. They just moved me there, and I’ve been in love ever since. I feel like shortstop is a very demanding position over the infield, they take charge and have a strong impact on the whole team.”

Ecenbarger and Drake are excited for their final season in a Gophers uniform and have high aspirations for the upcoming season and their future as college softball players.