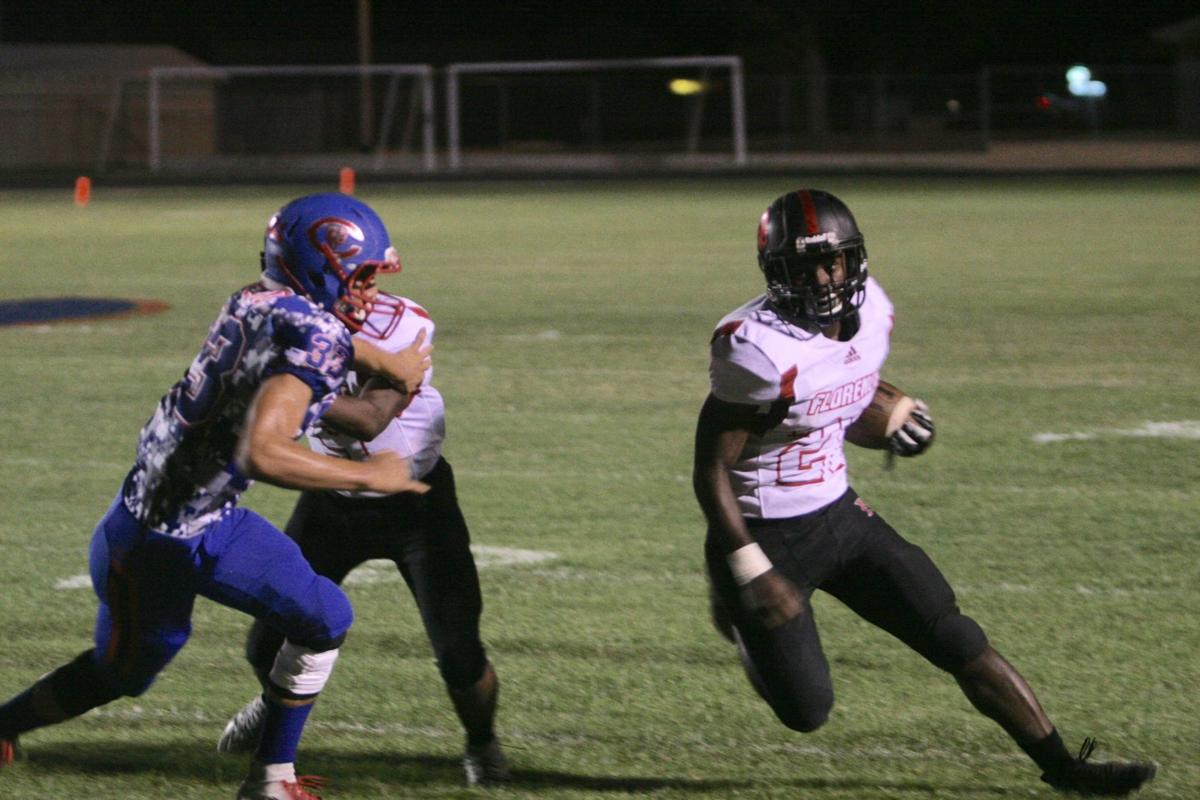 Florence’s Josh Maignan finds space to his left in the Gophers’ 27-13 victory over Coolidge in 2018. 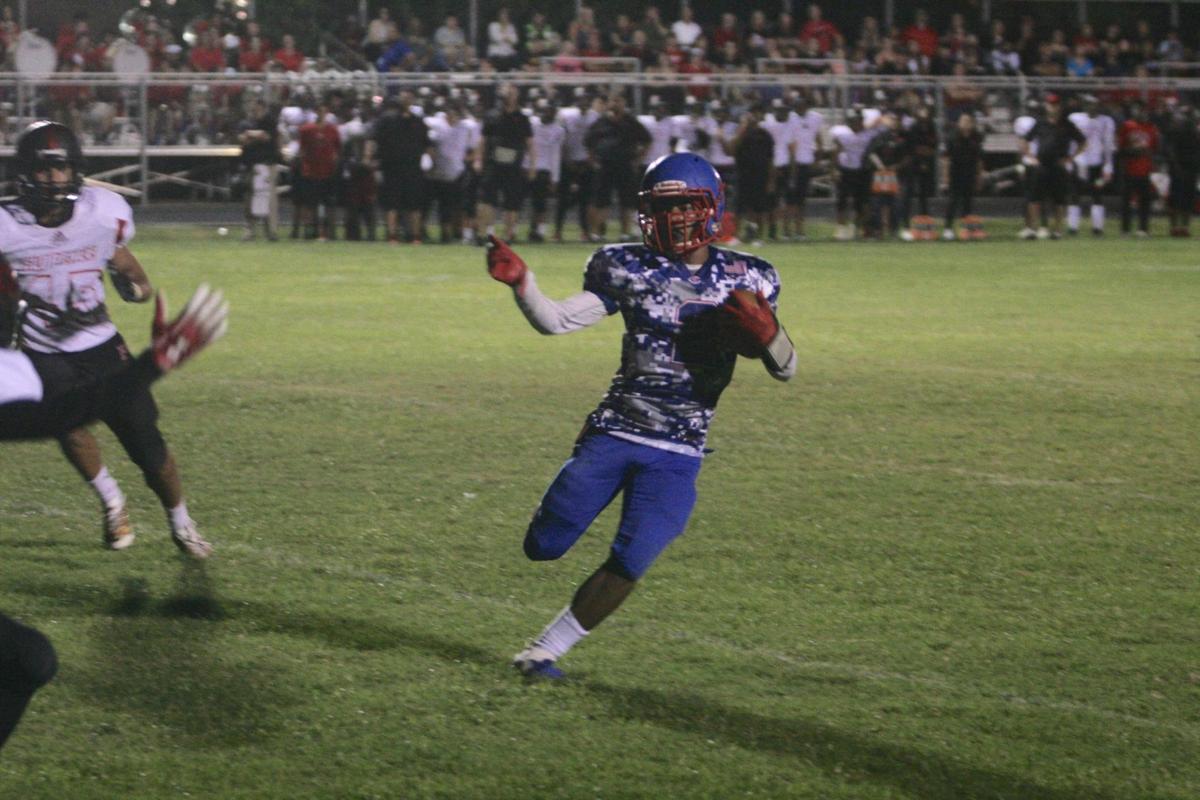 Coolidge receiver Greg Reece dodges Florence defenders during the Gophers’ 27-13 victory over the Bears in 2018.

Florence’s Josh Maignan finds space to his left in the Gophers’ 27-13 victory over Coolidge in 2018.

Coolidge receiver Greg Reece dodges Florence defenders during the Gophers’ 27-13 victory over the Bears in 2018.

FLORENCE — It’s been five years since Florence lost a football game to Coolidge.

The Gophers will try to extend that streak when two rivals meet Friday in Florence.

“It’s going to be a good football game,” Coolidge coach Rodger Schenks said. “You have two good football programs and great traditions. Both (team’s) kids are players, and they’re going to be excited for it, and I hope we’re ready to go.”

Both teams are in a similar position to 2018 coming into the game, with Coolidge again having 5-1 record and Florence has one win under its belt this time with a 1-4 record.

The Bears are coming off a 53-0 win against Catalina, and Florence has struggled in its four-game skid which includes two one-point losses in games where they had the lead late in the fourth quarter, and a 40-0 loss to Safford last week.

Coolidge will look to be mentally tough and disciplined this week and Schenks hopes his team won’t let the negatives of the past couple of years creep into their minds.

“We know that they’re going to go on two (with the snap count) a lot, so we’ve been working hard on that,” he said.

The focus for the Gophers this week to keep getting the young guys more experience and as coach Scott Howard said, “just keep getting better.”

Last year, Florence pulled off the upset when the Gophers were clearly the underdog coming into the game with an 0-5 record.

In order for the Gophers to extend their winning streak against Coolidge to six games, Howard said his players need to do their jobs and adjust when things don’t go their way.

“We’ve been more competitive this year, other than last week,” Howard said. “We missed two games by a point, in which we had a lead, so we just have to learn how to finish and that’s a big thing. Last year, we weren’t in those situations so it’s just about finishing and everybody doing their jobs because we have one of the toughest schedules in the state and we know that, we designed that on purpose.”

Despite those close losses, Howard said the strength of his team is the defense.

“Defensively we’ve been coming around,”he said. “We’ve been able to stop teams, other than last week, but we’ve stopped teams from doing what they want to do. We have to get our offense going, we’ve had some injuries and stuff like that that has slowed us down a little bit.”

Aside from running back Joshua Maignan, the Gophers offense has been stagnant.

“We need some other guys to step up,” Howard said. “We need guys like Kyon Minatee to step up and (quarterback) Chris Walter to step and kind of take the load off of Josh all the time.”

For the Bears, they knew what came next following their win against Catalina. However, Schenks doesn’t want his team feeling any added pressure.

“We haven’t done anything extra, we’re treating this just like a normal game like we have all season,” he said. “The difference is we’re just playing a team that’s less than 10 miles away, and it’s two school districts that have a real fun rivalry.”

Despite Schenks wanting his team to treat it like any other game, some of the players are taking it personally and are looking to end the four-game losing streak as Coolidge has graduated a class that never experienced the thrill of defeating its archrival.

“This game is personal,” quarterback Valentine Rodriguez told PinalCentral in an interview after the Catalina game. “But I believe in my team and the work we put in, so we’re gonna go get it.”

Pinal County, mainly because of its relative size, will never be a hotbed of high school talent on the same level as Maricopa or Pima counties…