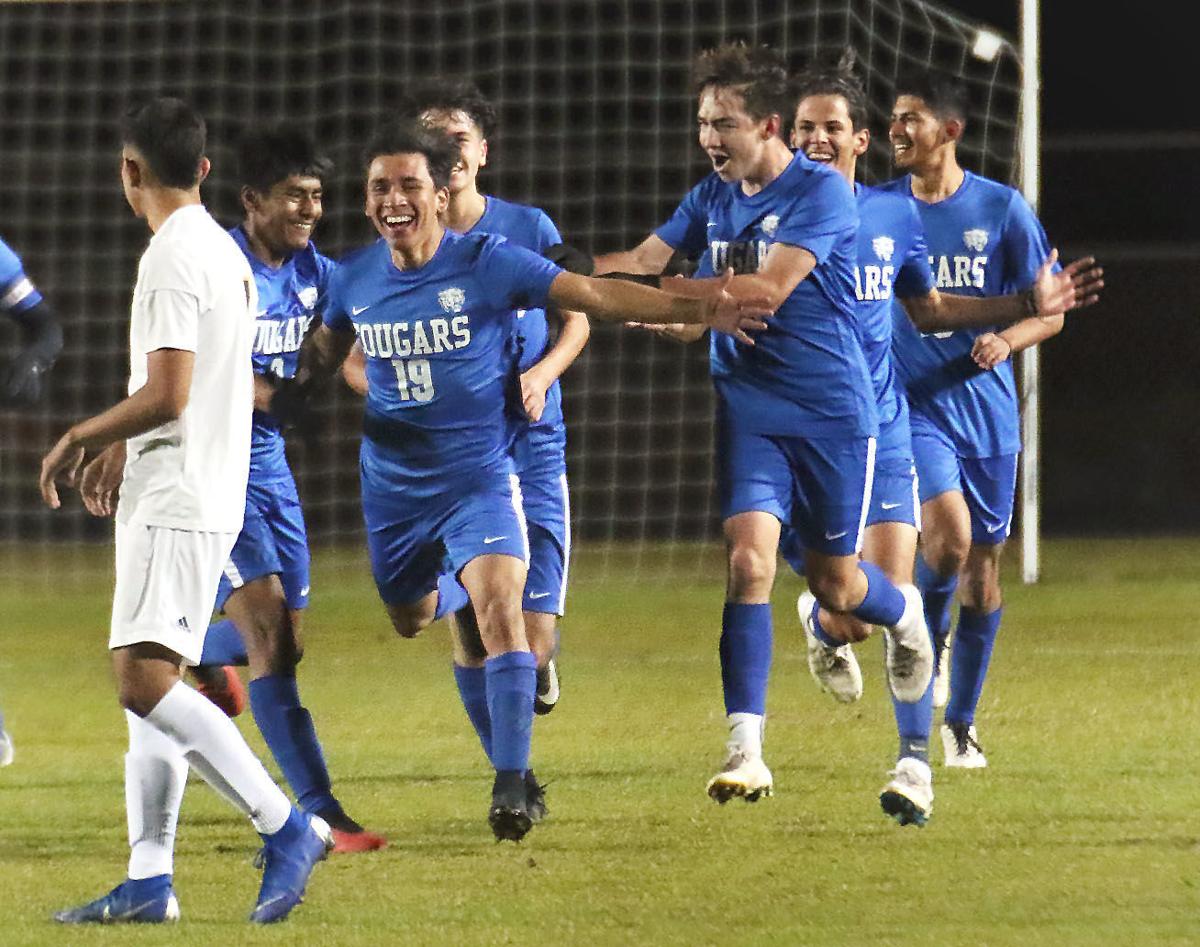 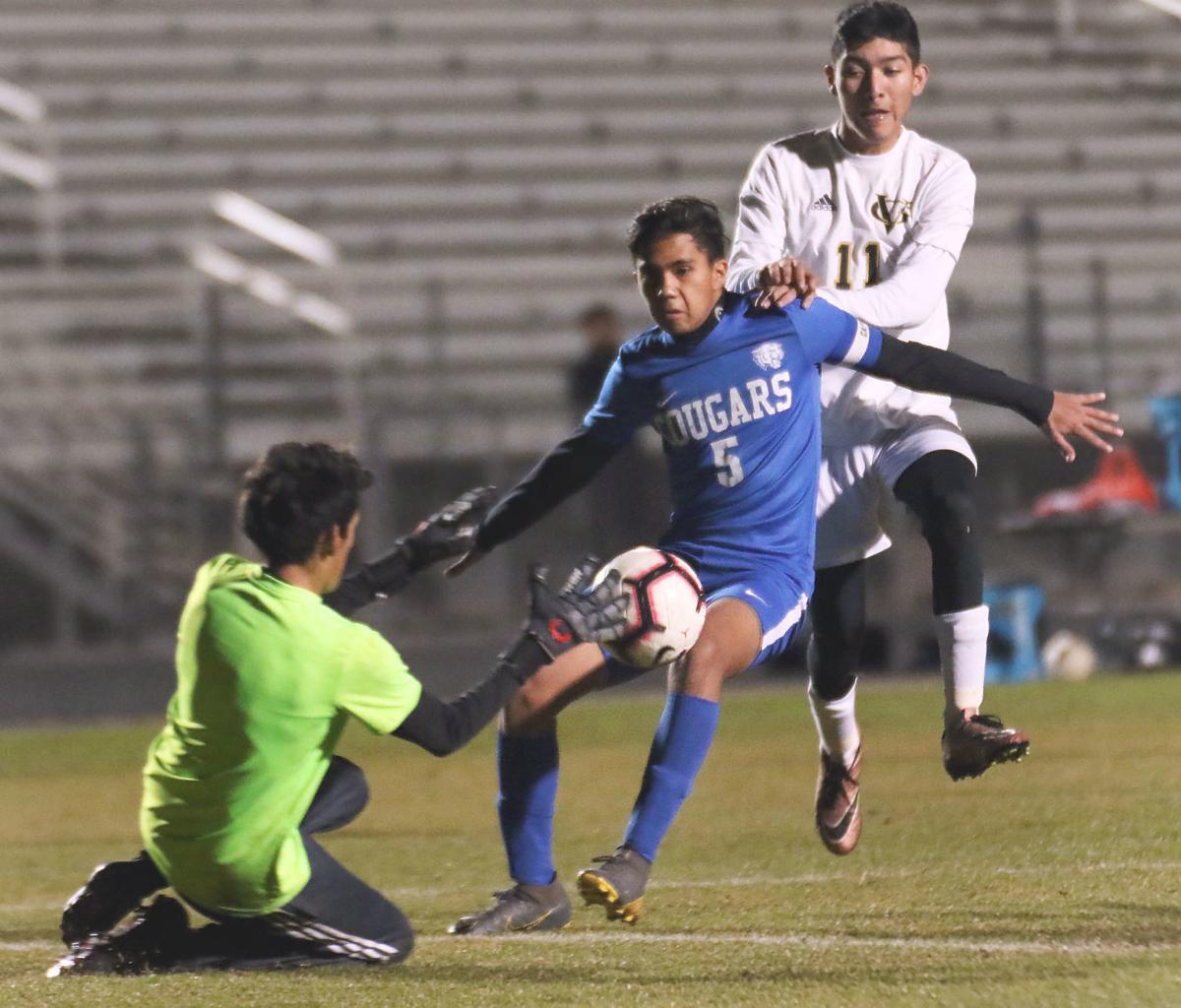 CASA GRANDE — A year ago, Casa Grande Union entered region play 2-5 and proceeded to finish 0-4-1 in the 4A Kino region.

There’s a different attitude for the Cougars this year as they picked up their second region win on Thursday with a 4-0 victory over visiting rival Vista Grande.

“It keeps us up there as a contender to make the playoffs, and that’s what I think everyone’s main focus is,” Casa Grande coach Marco Fonseca said. “It’s obviously to win game-by-game, but we have that goal of making the playoffs.”

It’s a place Casa Grande Union has not been in recent years.

Entering Thursday’s match, the Cougars were ranked No. 16 in the 4A power rankings with a 6-2 record. They were also in first place in the 4A Kino.

As of Friday, CG Union would host a playoff match as part of the play-in round, but Fonseca and the Cougars hope to move up a few spots and be among the top eight and get a bye from the play-in matches.

“We have that drive and that momentum to finish strong in the top eight,” he said.

Fonseca said the success of this season has been a pleasant surprise and at the same time, a bit expected.

He said the keys to the success this year have been senior midfielder Joseph Garcia, whose club soccer experience Fonseca credits as the reason for his success.

Fonseca added that in addition to Garcia, sophomores Victor Inzunza and defender Juan Pablo Solorano have played vital roles for the Cougars.

“A lot of these kids have been playing together, and I think it’s a lot of determination and commitment. They want to play and they want to win,” Fonseca said. “Every year they want to shoot for the next goal, which is to get an extra win. It is surprising, but I did expect it from this group of people.

Najera started the scoring in the 22nd minute, Garcia’s goal came on a penalty shot in the 70th minute, Inzunza made it 3-0 six minutes later, and Salazar put the game out of reach in the 81st minute.

“It was a tough game. I think Vista came ready to fight,” Fonseca said. “I think (we) left it all on the field — a lot of physical play — back-and-forth, but I thought overall we played really well.”

As for it being a rivalry match, Fonseca added: “They are friends. They play club together, and they don’t want to lose against each other. They come out here and they play, and they are going to give it their all.”

The loss dropped the Spartans to 0-7. However, despite his team’s record in the win-loss column, coach Ramon Estrada Vega is more focused on the long-term positive impacts soccer has on his players.

“It’s been a rough year when you see how many times we won, but when we think what we see on the field and what we have seen, the students grow and develop their leadership skills,” he said.

“We want to take from the soccer environment and the things that we can apply in life. It’s real easy to go back and say we won or we lost or we did this, but (in the future) when you say that I learned how to be a team with my wife, with my co-workers. I know how to lead because we applied those skills from what we learned on the soccer field.”

As for CG Union, the Cougars will graduate seven seniors from this year’s team but will return four juniors, three sophomores and two freshmen along with whoever is waiting in the wings.

It’s a bright future for the Cougars and has Fonseca excited for what’s ahead.

“With all the young kids that we have, I think we have a great future at becoming a contender for the next couple of seasons,” he said.