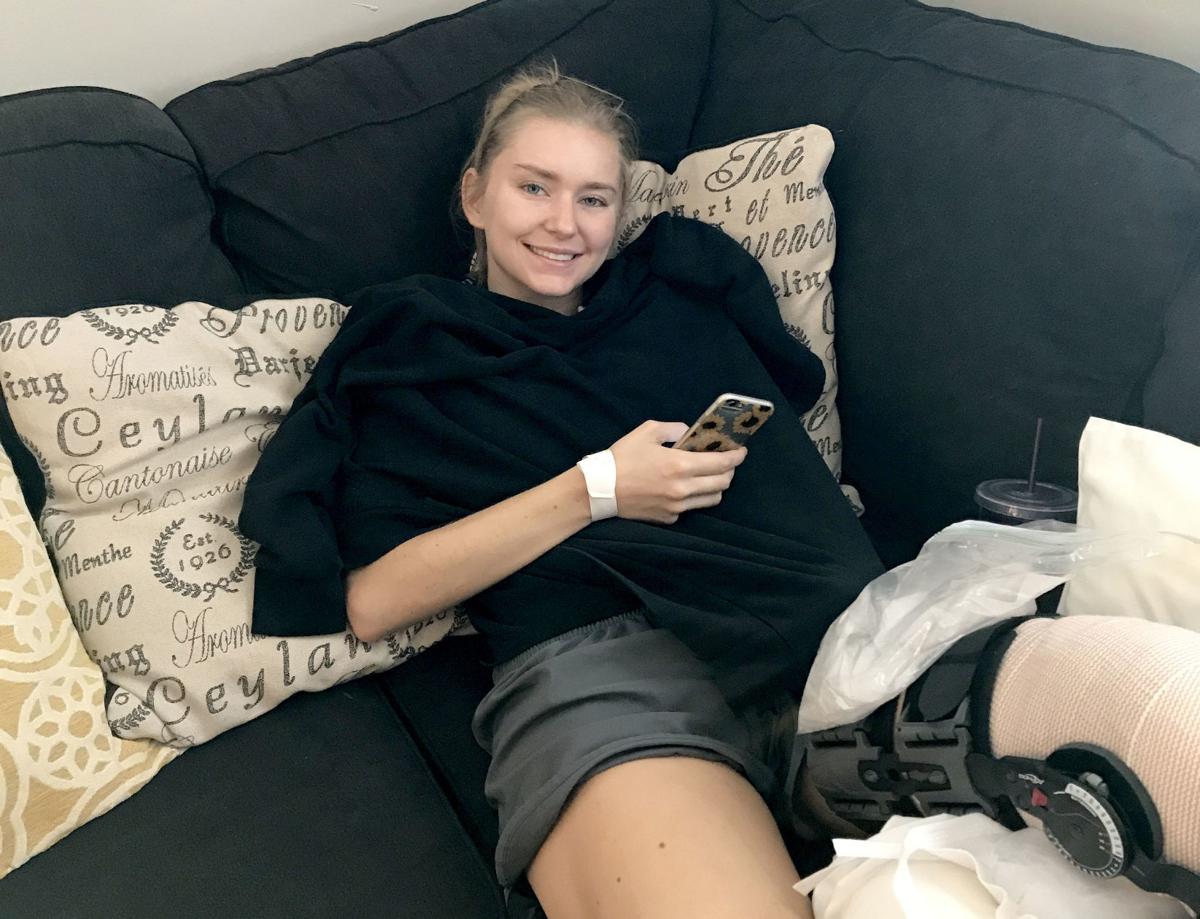 Skylar Redd recovering after her ACL surgery, which caused her to sit out her first season with the Yavapai Roughriders. 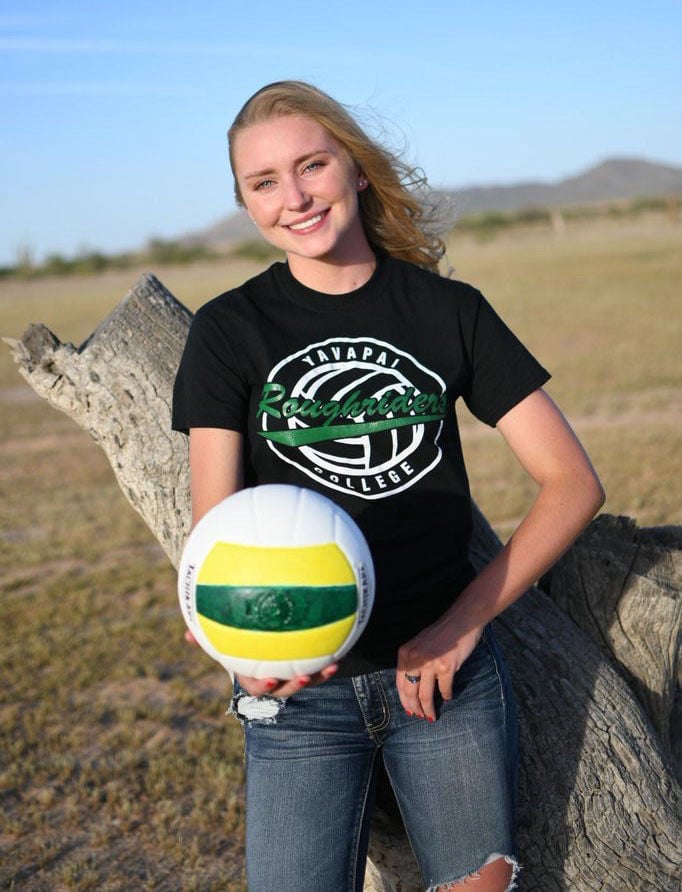 Skylar Redd has found her way back onto the volleyball court after ACL surgery. 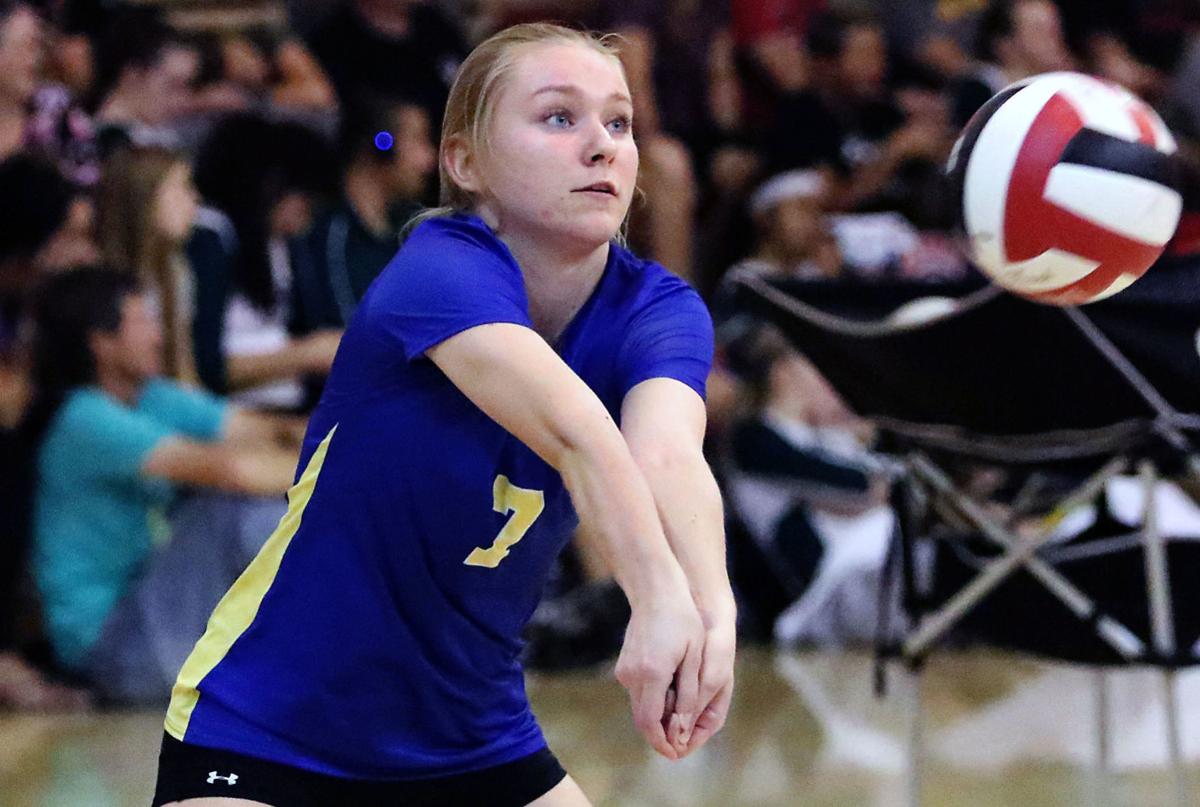 Casa Grande Union’s Skylar Redd bumps the volleyball during a 2017 match at the Gopher Get Down at Florence High School. 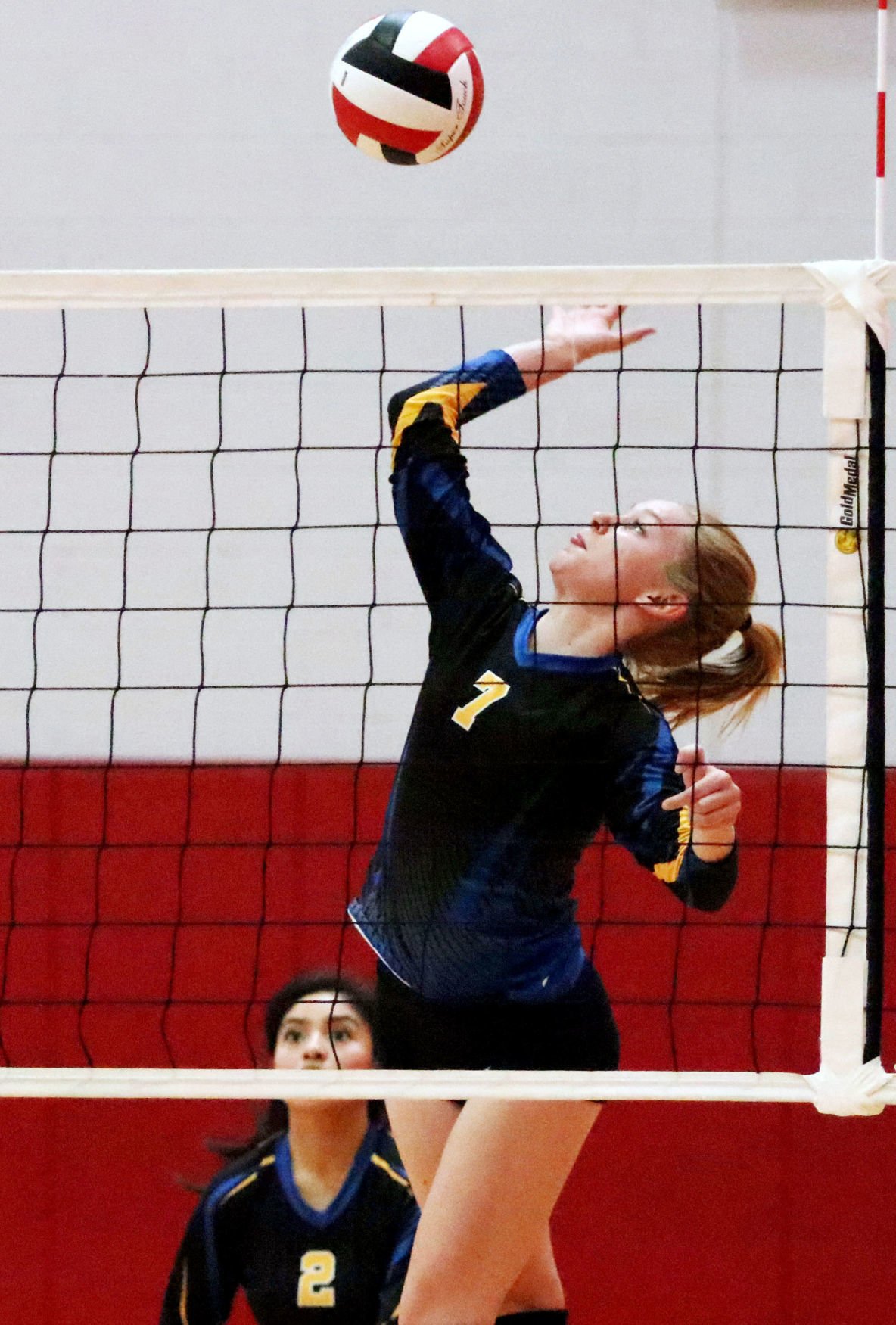 Casa Grande Union's Skylar Redd spikes the volleyball during a match at the 2017 Gopher Get Down at Florence High School.

Skylar Redd recovering after her ACL surgery, which caused her to sit out her first season with the Yavapai Roughriders.

Skylar Redd has found her way back onto the volleyball court after ACL surgery.

Casa Grande Union’s Skylar Redd bumps the volleyball during a 2017 match at the Gopher Get Down at Florence High School.

Casa Grande Union's Skylar Redd spikes the volleyball during a match at the 2017 Gopher Get Down at Florence High School.

PRESCOTT — Everything was looking great for Skylar Redd as she geared up for her first season with Yavapai College in August 2018.

Redd, a former Casa Grande Union standout, began the second scrimmage against Eastern Arizona College, and as she came down after a kill, she fell to floor grabbing her left knee.

She left the game and was driven back to Prescott where the eventual diagnosis was a torn anterior cruciate ligament, lateral collateral ligament and meniscus.

Redd would have to wait another year to get a real taste of collegiate competition, but first she had a long road to recovery ahead.

“It was a roller coaster of emotions, hardships and a lot of good days but a lot of bad days,” she said. “Getting my strength back in my knee and just being able to walk again, it was definitely pretty traumatic but it was definitely doable.”

For the sophomore, the most difficult part of the rehab process was getting her range of motion back, which was painful.

“Just getting my knee to act like a normal knee again was pretty tough,” Redd said. “But now that I’ve been through that and I’m past it, now I think that it’s the mental part of telling myself that I can play and that my knee is strong enough to compete at this level.”

Redd also admitted that at times, she thought she wouldn’t be able to play again, but thanks to her support team, she managed to fight her way back onto the court.

“The support of my athletic trainers, family, friends and my teammates (got me over a mental hump), especially just being so excited for me to be playing, even if it was just a little serving section or if I was in for passing every once and a while,” she said. “Playing through all the rotations just really gave me the confidence that I could do it.”

Redd added she’s not exactly where she’s wants to be yet, but knowing that she can get through all the motions that the game demands is a positive.

Along with getting her knee to function normally again and working out frequently to get back into competition shape, Redd also had to adapt to playing with a knee brace.

“After you have an ACL injury, any kind of physical activity that involves jumping, cutting, twisting or change of direction, which is volleyball, you have to be in a brace for a year after surgery,” she said. “I wouldn’t say my movement is restricted, I just have to learn to move differently. So a lot of the squatting-type of positions, my leg is tight in a brace, so I can’t go as deep and things like that. I think playing with the brace has taught me to move my feet more and to get my body in a better position.”

Redd was cleared to play in early August, just before the Roughriders traveled to Scottsdale for the ACCAC Jamboree.

As luck would have it, Redd returned to the exact same court to face Eastern Arizona, nearly a year to the day after her major knee injury. This time, however, the outcome was positive.

“I was like ‘Oh no!’,” she said. “I had to take a deep breath and just think that it’s not going to happen and it’s a different year, but it was a little nerve-wracking for me just to be back in that spot where my world came crashing down last year. But to know that I made it through the day and I played, and I played well was a really triumphant feeling for me.”

Now in her second year at Yavapai, Redd still has one year of athletic eligibility left at the junior college level because of the injury. While most of her future remains unclear, the one thing she’s sure of is that she will continue playing volleyball as long as she can.

“Now that I understand that volleyball is limited, if I do get the opportunity to play, I’ll take it up because it’s funding my education and it’s getting me to that next level where I wanted to be, where I still want to be,” she said.

“I think fulfilling that part of it is important, especially in my rehab portion because if I stop after this year, it’ll kind of be a waste. Like I got so much better and I could be able to play again and then if I have an opportunity to continue to play and I turn it down, I don’t think that would be a smart decision. I’m just really going to give it my all and play the best that I can because I don’t know what the future holds, now it’s not as set as it was before.”